This second season of  Boku wa Tomodachi ga Sukunai delivers a good continuation with some surprising events, after Yukimura turned out to be girl and the perverted scientist Rika turned into a quite charming girl, Kodaka is in the middle of a difficult bishoujo harem.

In the latest episode 10, there was a great scene between Rika and Kodaka happened on the rooftop, where Rika told him to make up his mind about a cerain thing. She actually said 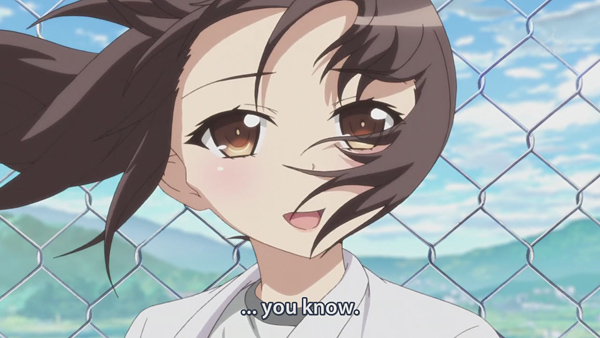 “I think it’s time you take a step forward. Afterr all, we’re already all …”

Well, I had to think about the words the viewer didn’t receive in that scene, it could be…

I would set my bets on the first choice, since it seems obvious that all the girls are in love with him. Boku wa Tomodachi ga Sukunai NEXT turned again to be much different from other harem anime, first Kodaka wasn’t the generic, stupid harem lead and now one of the girls tells him to make up his mind.

For the first time we see that Kodaka, actually wasn’t dense about the feelings of these girls, but he didn’t want to face it. He enjoyed to have the Neighbours Club members around him as friends, lets be honest aside that all of them are a little weird and that there sometimes was some fighting, they seemed to had a lot of fun with their activities. Kodaka appears to be scared of the side effects if he decides for one of these lovely girls, he is scared of loosing the bonds which were made up to now and that these times of lighthearted fun will vanish from his life. 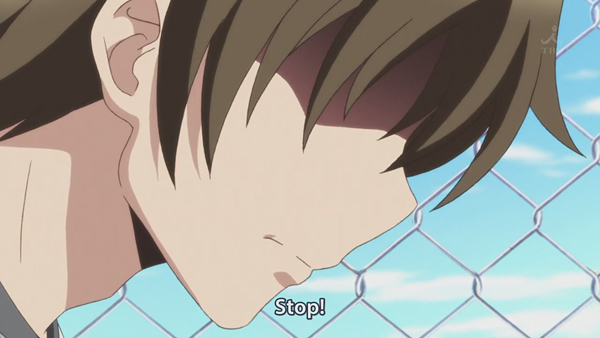 I can relate to him a little, once I had a female childhoodfriend (yeah that is not only anime fiction) as things got more serious with the childhood friend I had the same doubts as him, even so I was totally in ove with her I feared that things would change. Well, but I guess it’s even harder if more than one girl is in love with a boy. Kodaka doesn’t appear to be someone who wants to break hearts. I think all the girls of the Neighbours Club are very adorable:

There is the demure Yukimura, who is cute as hell, but since she’s not that talkactive, her chances are rather low. She also doesn’t act very ambitious in getting Kodaka’s attention. 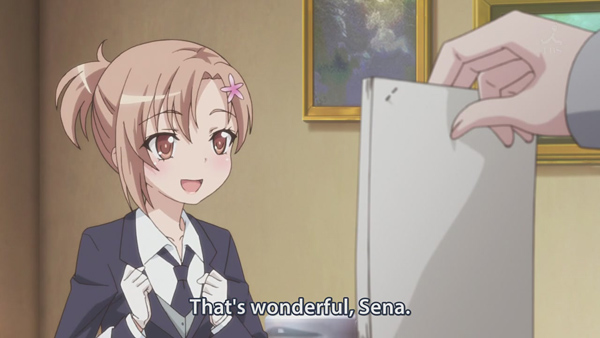 Yozora is a little problematic character and is a little hard to deal with, but recently the number of defeats she gained torwards Sena thinned out her hard shell and made her more vulnerable, her dere dere side is quite lovely I have to say. 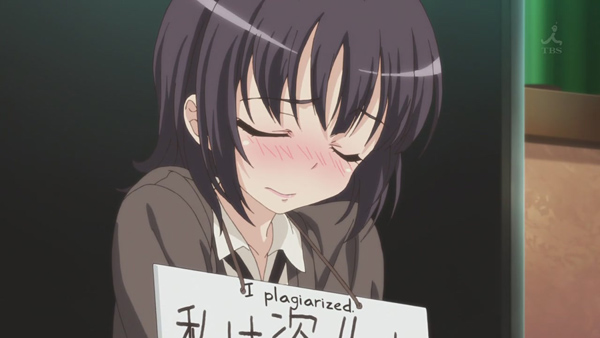 It turned out that Sena was also a childhood friend with Kodaka and their parents even set up a arranged marriage for them. Sena’s wins over Yozora, changed her a bit and now she is more self conscious. Well, I don’t have to mention how pretty she is. 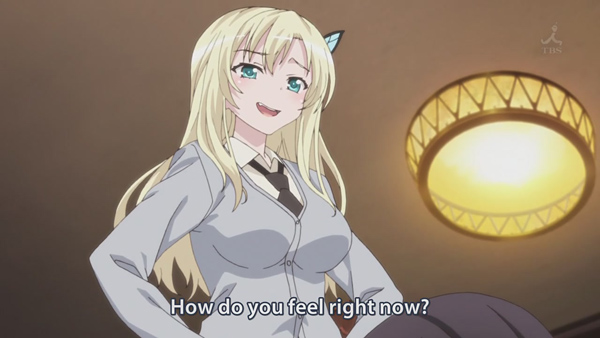 What surprised me in this season is that Rika became an important character, I always liked the crazy scientist, but now she turned into a much more charming person and also Kodaka seems to really like her, since he complimented her through this whole season. He never did that with the other girls. 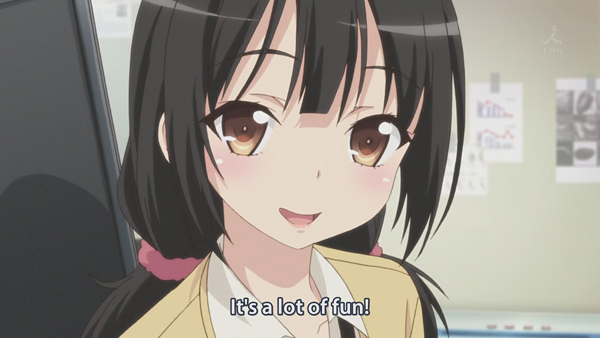 Howeve things will turn out, I love this anime Im looking forward to the next episode even though I doubt that we see any real decision in that season. Go Rika Go Rika!

What where your thoughts about the happenings in the 10th episode and which of these girls are your favorites, please share your opinion in the comments.