Today I have this lovely figma named Shizuno Izumi on review, the manufacturer is Max Factory who released her in November 2010, Izumi is one of the 6 figma action figures from the Se Kirara lineup, Se Kirara (se・きらら) is a free VN Game made by Native. 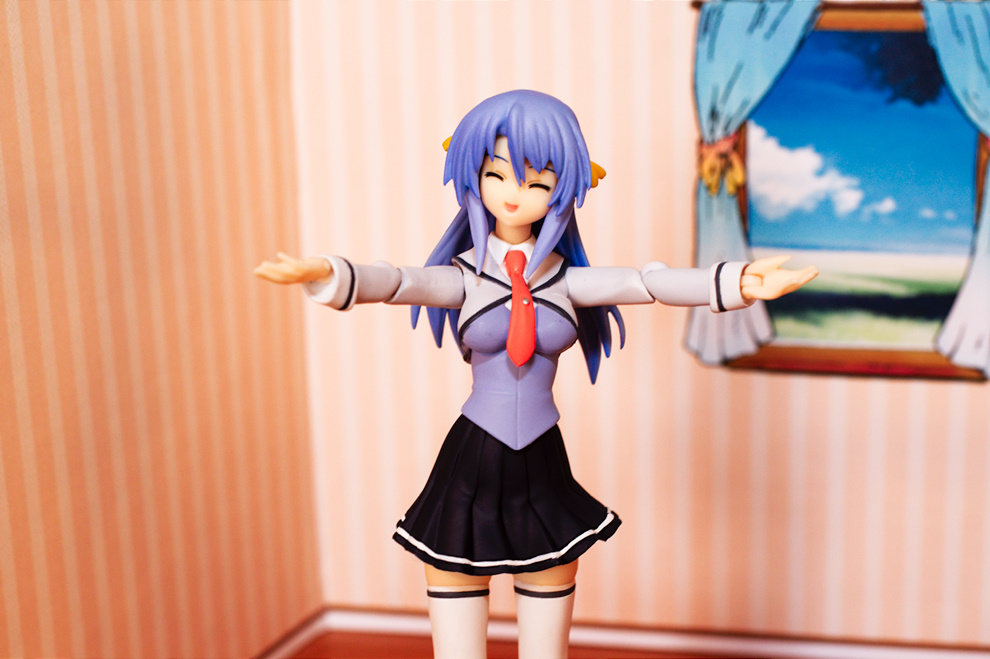 I haven’t found a satitisfying summary of the story but I I guess its like in every VN Game, the main male character gets in touch with different girls and their different personalities.
I haven’t played the game because the setup didn’t work, but I can provide some pictures. 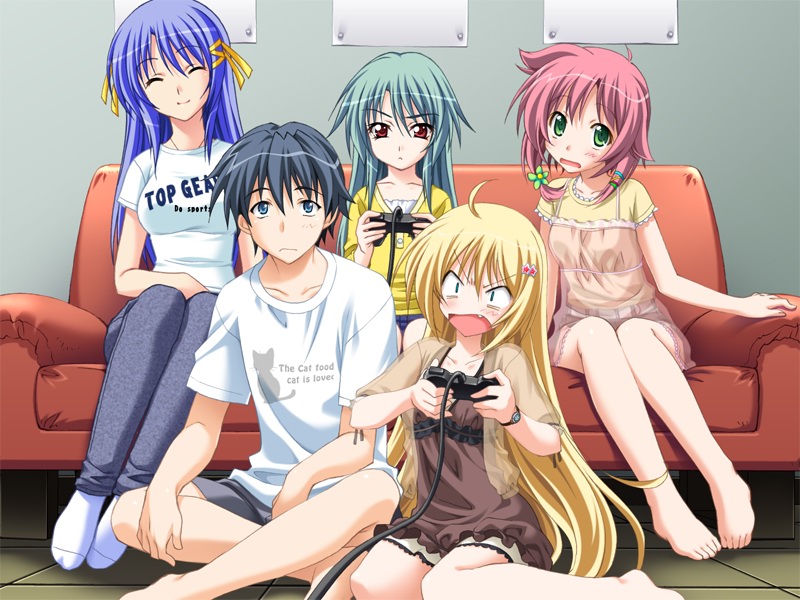 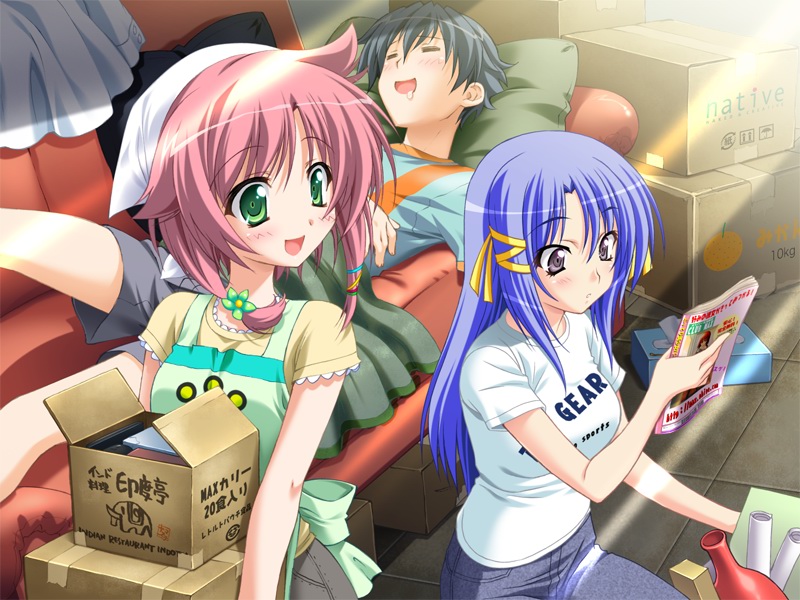 I like figma action figures, but in general Im not very interested in owning them myself, because I don’t play around with them a lot. Well I envy the people who can put their figma action figures into nice and lively poses but I prefer normal scaled unmoveable PVC figures. I only owned the famous Drossel figma and the Konata Izumi figma so far.

For some reason I was head over heals as I discovered this figma of Shizuno Izumi, she has a mature and more adult appearance in comparison with other fgmas on the market. Izumi has a height of  15cm  what makes her one of the tallest figmas out there. I like the color combination of this Izumi figma a lot, the purple hair looks really good.

Izumi comes with following items: 2 spare faces, 12 hands, two plates, a pillow, a cake, a single piece of cake, a vacuum cleaner and the standard stand of course 😉 The hands have long fingers and the 3 faces are looking good my favorite is the one with one closed eye.

The movement  of her limbs goes smooth and easy without much resistance in the joints.
Izumi can’t sit very well because her plastic skirt limits the movement of her upper legs.
The parts stay in place after being posed with the right amount of resistance, this figma is very well balanced I wasn’t in need to use the stand very often, the normal poses were possible to achieve without the stand. For the more complicated poses I’ve put some putty under one foot because I didn’t wanted to have the stand in the picture.

developed curvesare looking good.
The skirt with it’s wrinkles and the strands of her hair are very well sculpted as well.
On the insides of her arms there is a area where the texture is a bit rough.

The eyes have a cute expression and overall the face details are very well painted.
Izumis outfit has a nice color combination  I like the brown boots, the white
stockings and the dark blue skirt with the white line. On a close look the lines on the outfit are a bit rough so the paintjob isn’t perfect at all, but regarding her figma size it’s good enough.

I wasn’t able to make an outdoor shooting because it’s winter in germany and damn cold 😀
So I decided to make a room as setup for the shooting. I used a selfmade pattern  which I made in photoshop for the wallpaper and added a window and a photoboard on one wall. I printed out the two sheets and glued them onto a hard carton. The bed is from my props stuff pool unfortunately I couldn’t find the bedside table anymore 🙁

Well I don’t have much experience with figmas and how they should be, but in my opinion
Shizuno Izumi is a well made figma which has a good posing ability.
I really like her attractive appearance, her height and body proportions distinguishs her from other figma action figures. The accessoires she comes with are very nice especially the vacuum cleaner with the flexible tube is very cool. The paintjob isn’t perfect, but considering her size and prize this Shizuno Izumi figma was a fairly good deal. The other figmas from the Se Kirara lineup look also very nice, maybe I’ll will consider to buy the Nozomi Akiyama as well.

Another good review can be found at Plastic Parfait, they have also made Reviews from most of the other Se Kirara figmas Akiyama Nozomi,  Kagura Aya and Kawamura Yuu