Senran Kagura is a 12 epidode anime from Artland which aired from January till March 2013. The real origin of this anime are the Senran Kagura Games from Marvelous AQL, but this show is loosely based on the events in the manga Senran Kagura – Shoujotachi No Shinei which started in 2011. In order to prepare for my Hibari figure review I  read it till volume 3. It was a nice and entertaining read and so I was really looking forward to the upcoming anime adaption.

Even in the present Japan the need for ninja has not vanished and in a particular school, called National Hanzo Academy where girls are secretly trained to become ninjas of the light side. On the other side there is the Snake Academy for girls, who trains ninja’s for the dark side. Both parties coexist in a state of cold war most of the time without going into direct confrontation.

The story of Senran Kagura follows the students Ikaruga, Katsuragi, Asuka, Hibari and Jagyuu on their way to become good ninja’s under the advices of their instructor Kiriya Sensei. 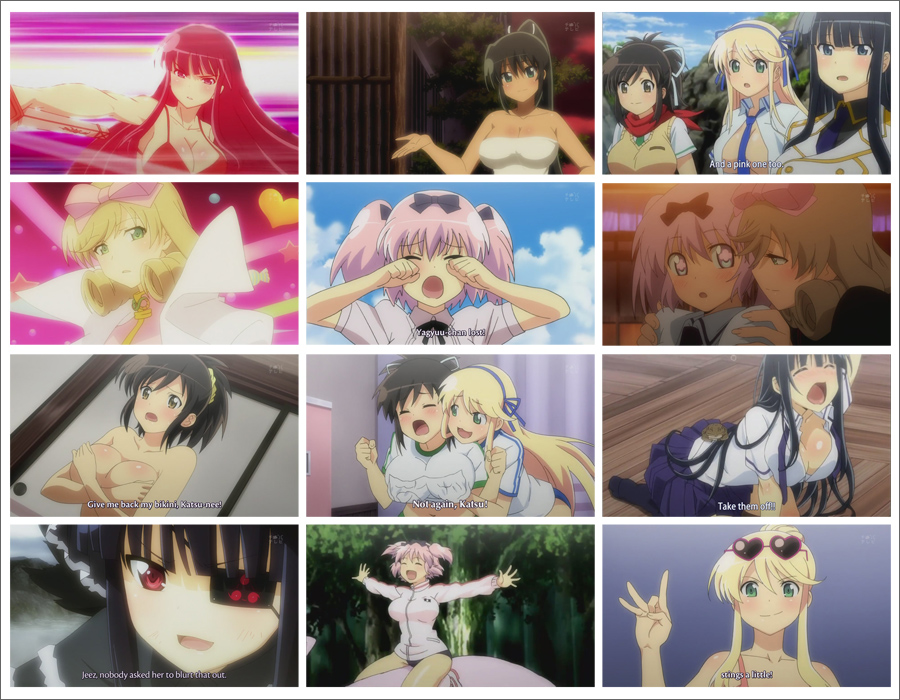 The setting surprises with some funny creativity. Every girl has a different “Ninja Transform” outfit that totally does not look Ninja-like, but when transformed their Ninja powers fully awake. They also can summon a certain animal which support them in their fights, these summoned beings were inherited by their family for generations. Never mess with Hibari’s bunny ;D

A short look at the characters…

Ikaruga – A third year student of ninja arts who is very serious about becoming a ninja. She always acts modest and mature and shows supportive nature towards her juniors, she is somehow the leader of the bunch. At first she also appears to be the strongest of the students.

Katsuragi –  Also a third year student of ninja arts, she is the most sexy and most energetic girl out of the five. She loves to grope boobs especially the ones of her juniors. A trademark of her is a quite dirty voice (Kobayashi, Yuu) which accentuates her creepyness very well. Aside from that she is a strong fighter in search for new challenges.

Asuka – Is a second year student of ninja arts, who barely passed the practical exam. As granddaughter of a famous ninja a lot of expectations are placed on her which sometimes gives her a hard time. She is very feminine with her sweet voice (Harada, Hitomi) and in appearance.

Hibari – Is a first year student of ninja arts and actually the weakest and least talented one of the girls. Even though she’s not completely useless, you would ask yourself why she took the route of  becoming a ninja in the first place. Aside from that she is a totally cute, caring person, who is beloved by her seniors.

Jagyuu – Is also first year student of  ninja arts, she is a bit rebelish at first, but already a ninja prodigy with big talent. In the show she often shows a serious and demure side. She is a close friend of Hibari and has strong feelings for her. Jagyuu always protects Hibari from danger.

Each of the girls have an nemesis among the snake academy ninjas, the Snake Academy girls are also interesting characters, but writing about them would be too much at this point.

Senran Kagura has no male lead character like you would normally expect in this kind of setting, it’s good that the viewer doesn’t have to see the girls dealing with a dense boy. The show follows the girls during their training and how they gain strength in times of conflict.  This anime is quite funny and doesn’t take itself all too seriously most of the time. Yet it knows when to play the serious card that gives insight and backflashes of characters and threir relationships.

At first it followed the manga closely, but after the third episode it has more original content that differs quite a bit at some major scenes. In the manga Hibari had a much bigger role and development. I would have really liked a 1:1 adaption, still the anime has a decent storyline that manages to keep the viewer entertained and the energetic characters make up for some flaws. 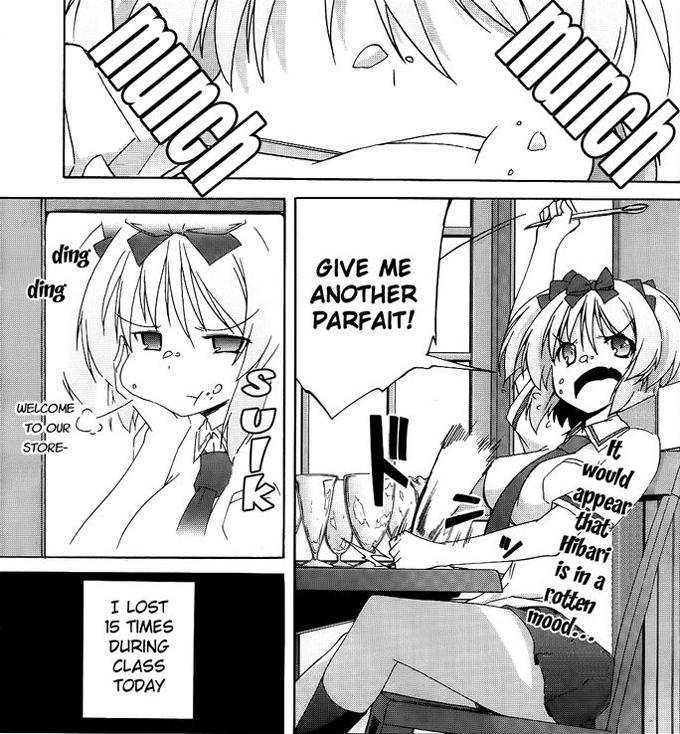 One of he major appeal points of Senran Kagura is the attractive characterdesign, the girls have sweet faces with childlike characteristics like big eyes, blushmarks and big mouths. In contrast to this they have buxom bodies with the right amount of healthy chubbyness where it matters. It’s a formula of moe and curvy sex appeal, which already works very well with the Super Sonico character. As speaking of that this show also has jiggly fanservice with bouncy boobs all around and panty shots included in the fights. It’s more a kind of cute, vanilla fanservice instead of an exploiting way, as it can be seen in other shows of this kind.

Fortunately the show offers more than just fanservice, it is funny and the interaction between the girls is nice to watch. Since the ninja theme is strong in Senran Kagura there is a fair amount of action. There are also interesting villains, who actually have a good amount of screentime and moments in the spotlight. 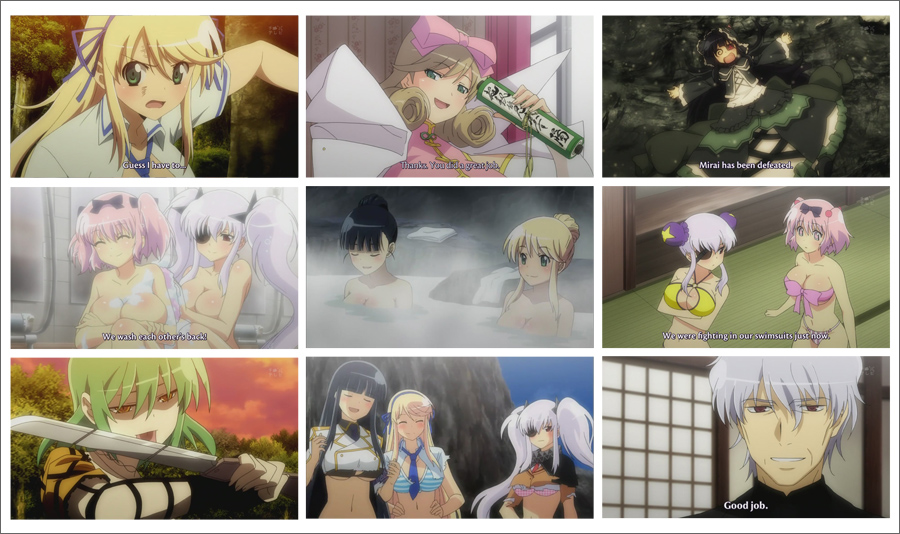 In every anime season there are these short shows, which has potential, but suffer from a compressed length, because everything has to fit in a certain number of 12 or 13 episodes.

Senran Kagura partially has this problem, but still manages to turn out as a decent show with a good final. Maybe there will be more of the girls from Hanzou Academy in the future, even though it couldn’t live up to my expectations I liked the setting and the characters.

It had solid production values and a fitting OST with traditional Japanese music. As already mentioned I expected a bit more from the story, but the characters, the appealing character design and the creative setting, made up for it and this anime gets a decent score as follows.

considering your anime standard this could be a show for you or not, ok Only in case you don’t mind some cute, bouncy fanservice. 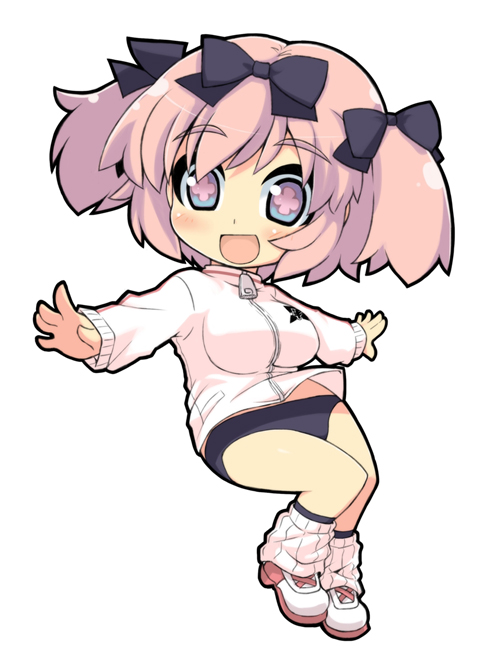