Welcome to Wieselhead‘s personal coverage from the Wonder Festival 2014 winter event, which was held on February 09th. It’s the biggest, most popular event for figure collectors around the world. There are two Wonder Festivals each year, one in winter and one in summer.

Also in this year many manufacturers showcased and announced interesting and most of all beautiful figures, which will hopefully be available in the upcoming months and years.

In this post I will show you the figures, that I considered to be worth mentioning and comment them a bit. In this first post I will focus on bigger companies, I have to work on part 2 with the stuff from the smaller companies., adding these illustration really takes some more time.

There is a reason why I’ve put her at first, Im pretty convinced to get Kongou with her detailed dress and pretty appearance. Before the event I actually wished for a more sensual Kantei Collection figure and this comes close to that. Well it would be even better with her wearing a smile, but the daily life of a battleship is tough. Still it’s a great looking figure in my eyes. 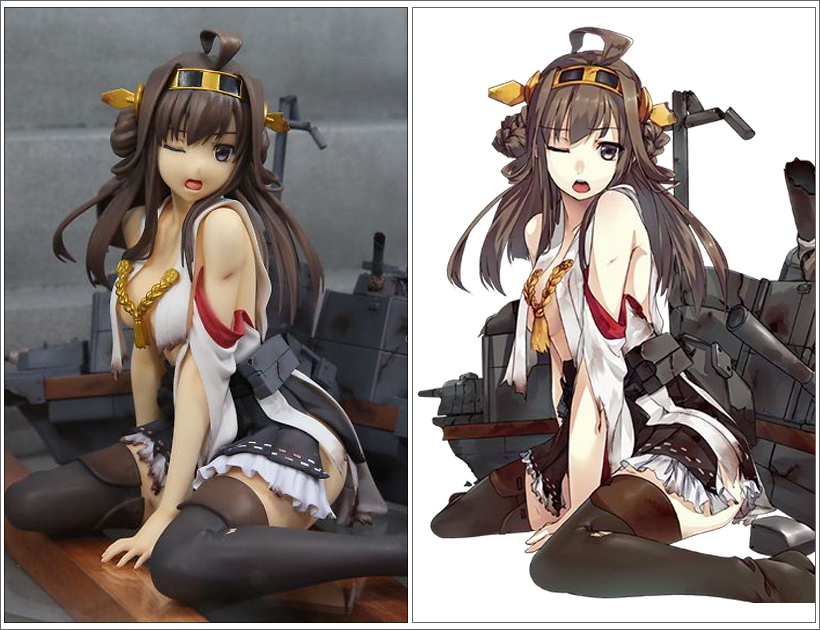 This lovely girl is actually a castle of some sort. Im quite enchanted by her sweet smile and the ojou sama vibe, Ilove her whole appearance.

Cool dress, but a rather eccentric style I must say.

look even more of them, I like this one nearly as much as Kongou, it looks nice and creative, too bad that they seem to have different scales. 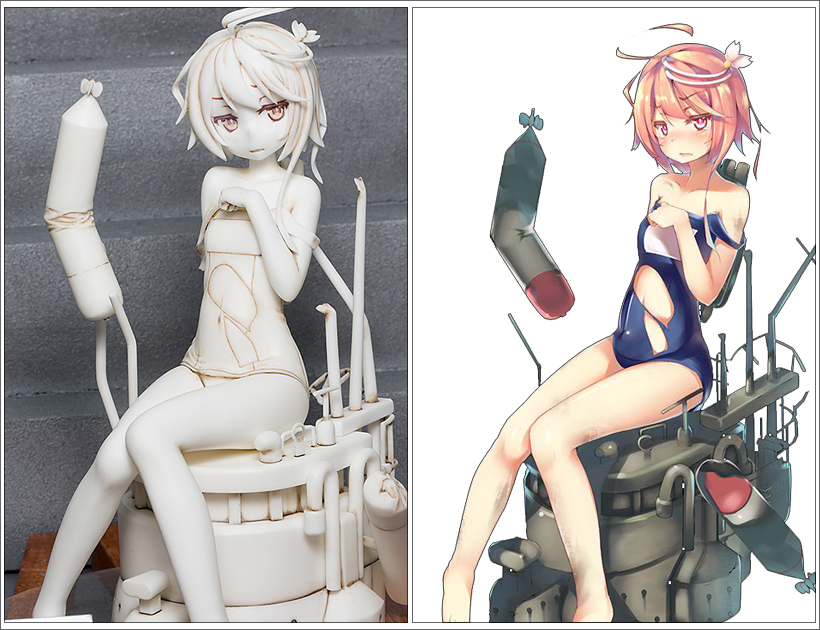 She got colored, but I must admit that my interest dropped a bit, maybe it will grow on me.
It’s still a beautiful elf ear girl, but the texture of her clothes is somewhat dull.

She also got painted and I still like this cute thing in her casual dress sitting on her comfy pillow, being excited about a videogame.

I think the fox eared girl looks nice with her face and cleavage, I imagine it to be really pretty after it got painted, the white dress in particular.

This is cool, outfit and pose  look really fashionable, Asuka has even a nice hat. On the other side the face nevertheless looks a bit plain in comparison.

Something that shows some skin, fanservice for the ladies delivered by ALTAiR. I’ll say that Makoto looks like a cool dude, most male figures have a very feminine side, but he appears to be a manly figure. I haven’t watched the show because it had too many bro’s. Anyway I really like this male figure, his expression is great as well as his outfit, the jacket makes the deal complete. 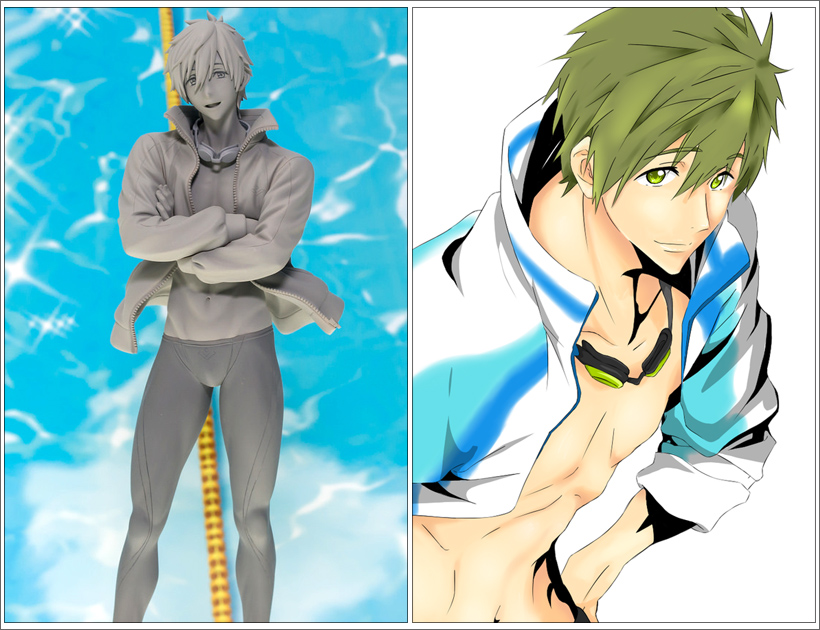 My dreamgirl !!!!!!! *heck* I don’t even know her character, but for some reason I love her characterdesign and all the details of Ciel’s figure. I think I might going to buy the figure.

Love Live seems to be popular, yet it feels to be underrated somehow. It’s cool that Honoka finally got her prototype and it even turned out nicely. All the details are in place, I really like her cuteness and the outfit. Honoka should look great when she’s finally painted.

Surprise! Surprise! more girls from the victorious Japanese Fleet. Musashi wears glasses, animal ears, is tanned and has a nice pair of boobs. Everything that Wiesel likes ^^, she isbased on one the official illustrations in a simple pose, but the design and the gun turrets should make up for that.

Weren’t sitting figures ALTER’s area? No not really. The girl with the silly name looks great, her pose emits a strong atmosphere and she Pocky boxes are cute.

Awww she is sooo cute, I can hardly resist her, all the Cinderella Girls scale figures by GSC  have been ordered so far, I might actually like Mio more than Uzuki that face is adorable.

It’s Ackerman, really good, but not of interest to me, I only have feelings for Levi 😀 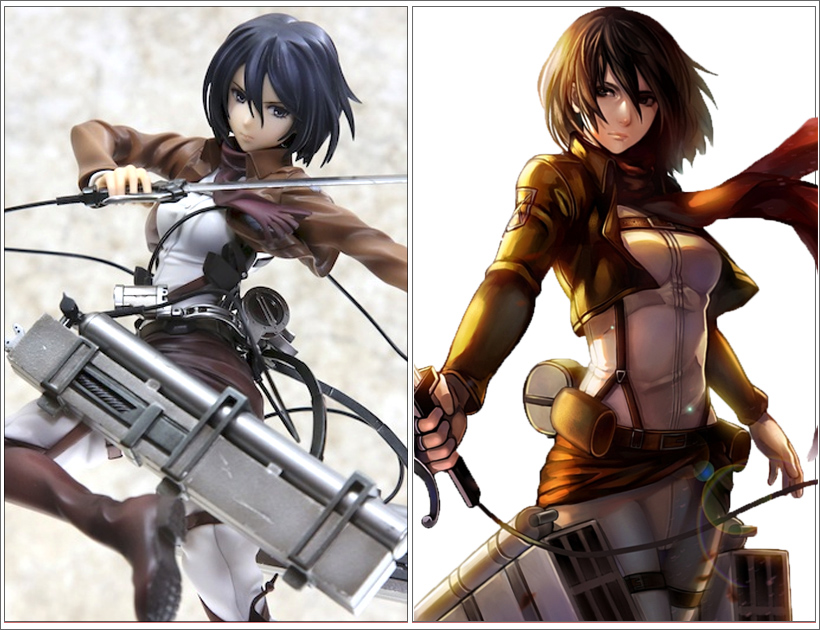 That’s probably the best figure of Ikaros to date, the 4 Leaves label always stands for cuteness, but Ikaros isn’t only cute, she also is very true to her origin, my second favorite figure frm this event after Kongou.

I like the fact that she has black hair, she will be a pretty figure overall, a great looking outfit. 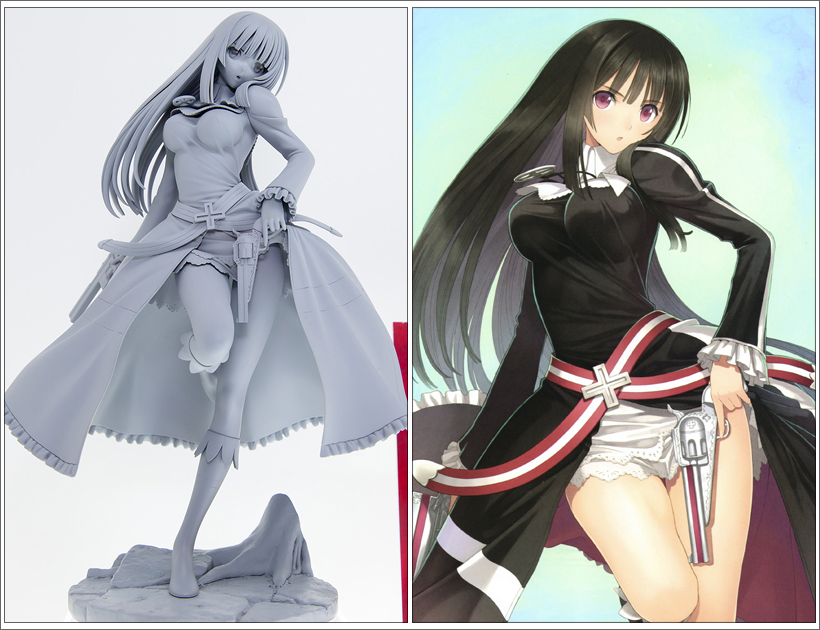 I think Rikka is perfect to become a Cu-Poche, she looks very cool and funny. also a Dekomori was announced. 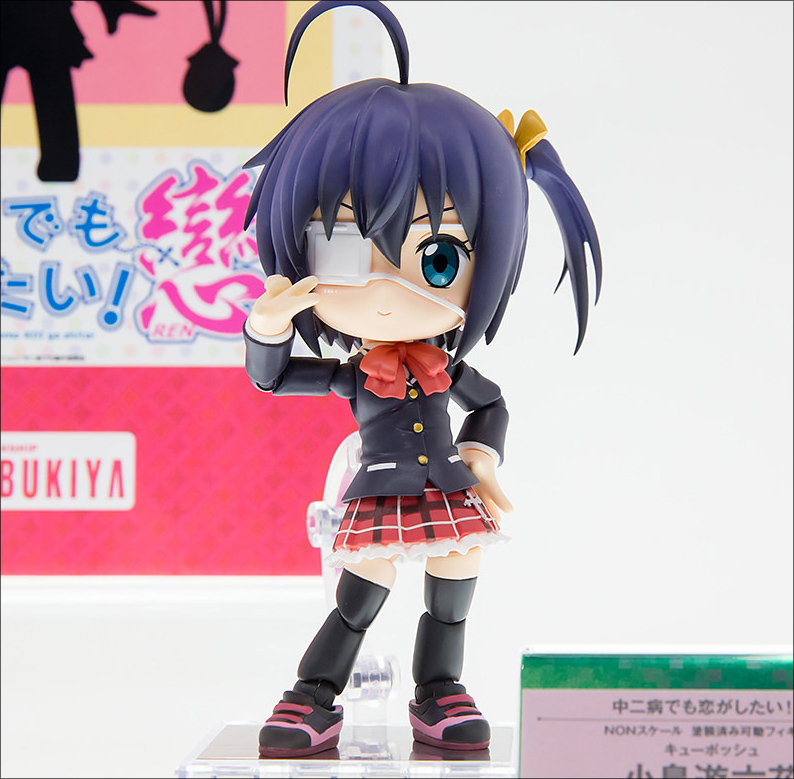 I’m no horror fan in particular, but I like the idea of bishoujo murderers, Freddy is pretty hot XD 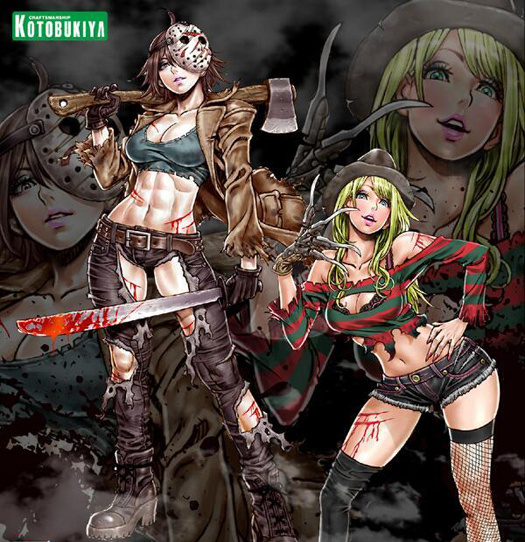 *cough* This Sena is gorgeous, she’s not only 37 cm in height, Sena also has a beautiful face, her eyes, the rosy cheeks and the happy fang give her a lively appearance. Well, she’s busty by nature.

A certain episode from the second season of Infinite Stratos inspired FREEing a bit, as it seems, they will make all the maincharacter girls in a 1/4 scale except Houki, which is a bit sad. Tatenashi is a very sexy character and her figure looks quite good. Despite the big scale they all have compact poses. FREEings reputation is rather mixed, but their 1/4 scale figures never seem to disappoint. 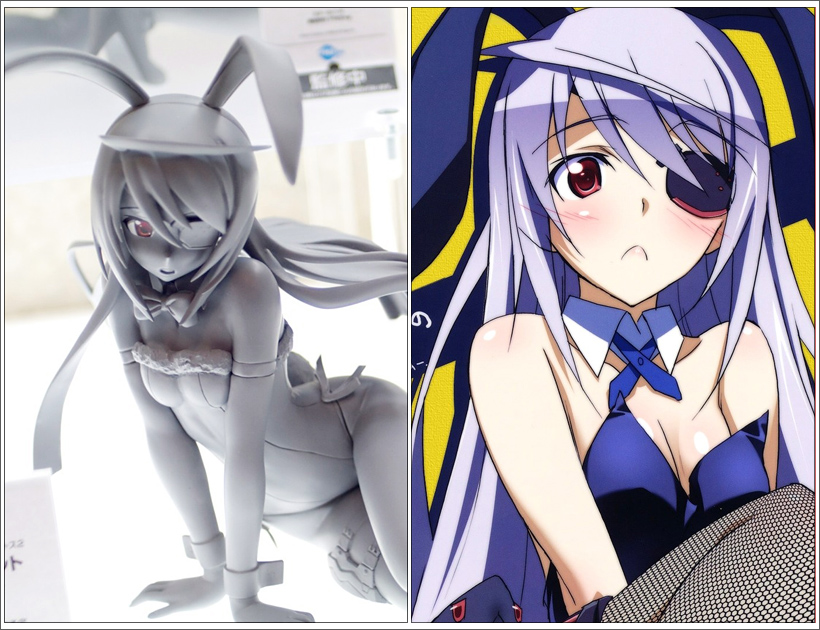 I like the light and fresh design of this racing Miku, her energetic mood is great, hopefully she will have this tan.

I really like Medaka’s character for more than two reasons, FREEing did really capture her personality with this figure, aside from the fact that is not wearing bunnysuits. 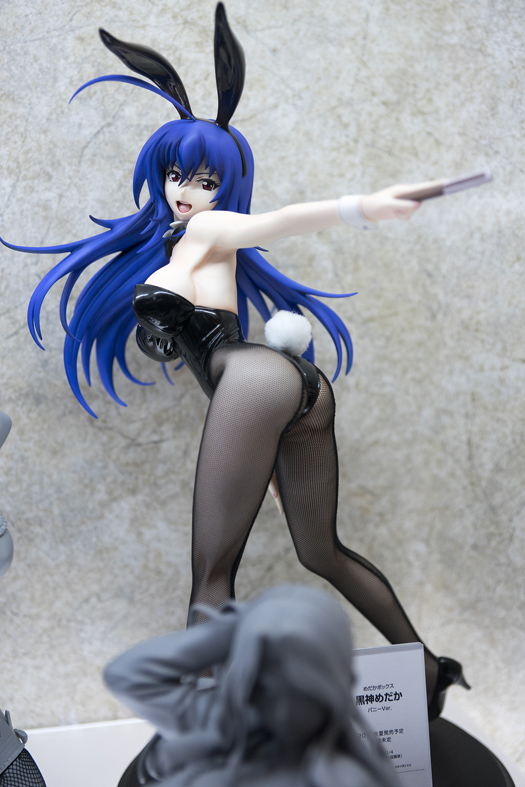 This was a really nice surprise for me at this Wonder Festival and also my third favorite figure from the event, I love this butt focused figure, the rest of her is also great, like the hair, face and clothes. That’s too good to be true, someone needs to pinch me. I can’t wait for this 1/6 scaled bishoujo to get painted.

I actually intended to ignore the Sonico figures of this Wonfes, not because I started to hate her, more because I already have a number of great figures of this character. There wasn’t anything really breathtaking anyway, but well this Valentine version here is cute, she will have an additional face expression.

After AMAKUNI’s Shimakaze I actually set my hopes on GSC’s Shimakaze, but it turned that I just don’t like it after it got painted. This Shimakaze in damaged clothes looks pretty nice and the flying gun turrets are funny.

Overall this Wonder Festival 2014 of winter was a lot of fun to follow with many interesting and pretty figures. There was a overexposure of Kantei Collection, but that gives you the opportunity to pick the best. The lack of Horizon in the middle of Nowhere figures is regretable, but without a third anime season it will never happen. Also the lack of progress on some “older” prototypes beclouded the still positive impression a bit.

Thx for your attention, I’ll try to finish the second part as soon as possible

Was there anything you liked from this Wonderfestival?