Today I show you a review about an older figure of mine, it’s a review about the Endoh Ifrina Vol.2 A Type version figure from Gigapulse, her origin is the eroge/visual novel Figu@mate. 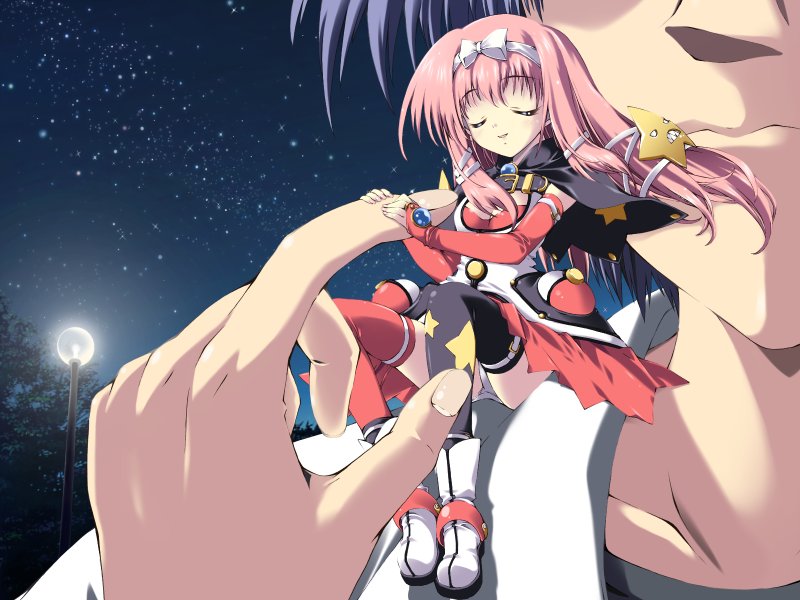 They had five variations of  Endoh Ifrina, the Vol.2 A Type Version instantly caught my interest.
I couldn’t find her on shops like HLJ or AmiAmi, but luckily I found a german online shop, who had her in stock.

She was the first more daring figure I wanted to buy, but I had some doubts about ordering her, so I consulted a friend of mine about it and the conversation went like this.

I: Theres a figure I likeF: Show me
I: But… but she’s half naked
F: I wouldn’t mind that shes cute and when you like her it’s ok
I: Ok then I will order her… 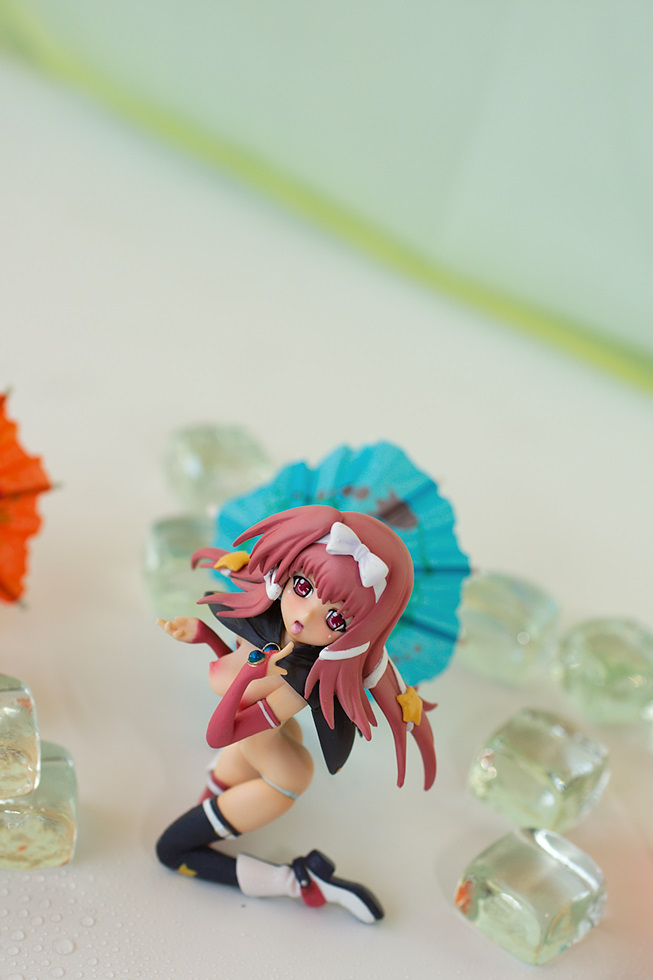 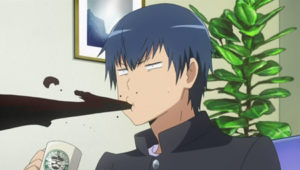 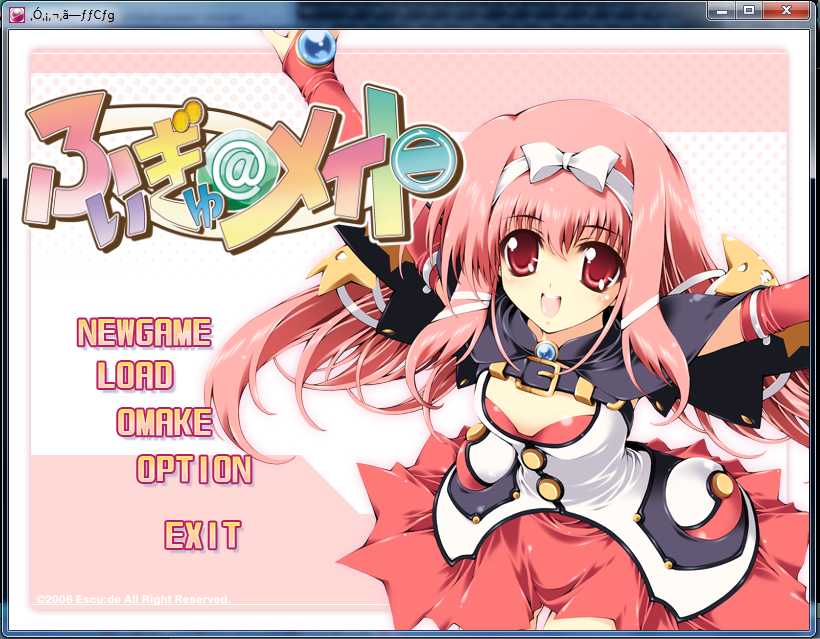 In the game Endoh Ifrina is the main heroine, she’s a magical girl from a distant planet, her character is always upbeat and playful, but she is also some kind of a short tempered and violent Tsundere. Because Endoh used a forbidden spell on her homeplanet, she was exiled to earth and incarnated into a gashapon sized figure the male hero recently bought, he’s called Kaigo and is a college student who likes collecting and modelling figures and is always short on money. 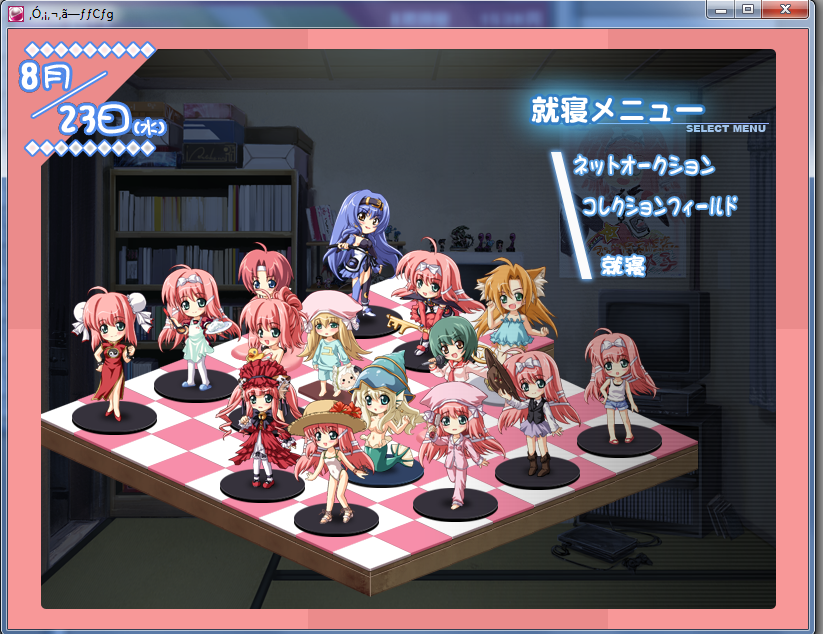 The game is very related to the figurine collector world, the different outfits Ifrina has during the “daydreams” have a creative design. As I said its an nice eroge game, but the game also has other aspects. The game has an interesting storyline and the chapters are also very diversified.

The humor of the game is very nice and it also has interesting side characters. Playing the game was fun but also pretty exhausting, when you have to translate every sentence with the help of a text extractor and google translator. Nevertheless I understood most of the plot and was able to clear 3 endings, the worst one, the less bad one and one of the good endings by myself.

The figure was sealed in a small box, all the parts like the body, head and the cape were wrapped seperately, so you have to put the three parts together, you can also choose to display her with or without the cape. Endoh also comes with a popsicle which is the base of this figure, because she can stand on her own and I don’t like the popsicle base I kept it in the box.

As I unpacked her I was surprised how small the figure actually is, like her character in the game Endoh is a very small figure around 7 cm in the disription it was written that she about 12 cm.
Thats not really correct, maybe you get this height when you add the length of the legs to it.

From most angles the face shows a cute expression, her pink eyes are very well painted and detailed, they gave them a nice shiny finish. The smooth skintone of her face shows some cute blush marks. Ifrina has an open mouth with a nice depth and an upper front teeth line, she sticks out her tounge as if she wants to lick at her finger. Her pink voluminous hairstyle is also nice. 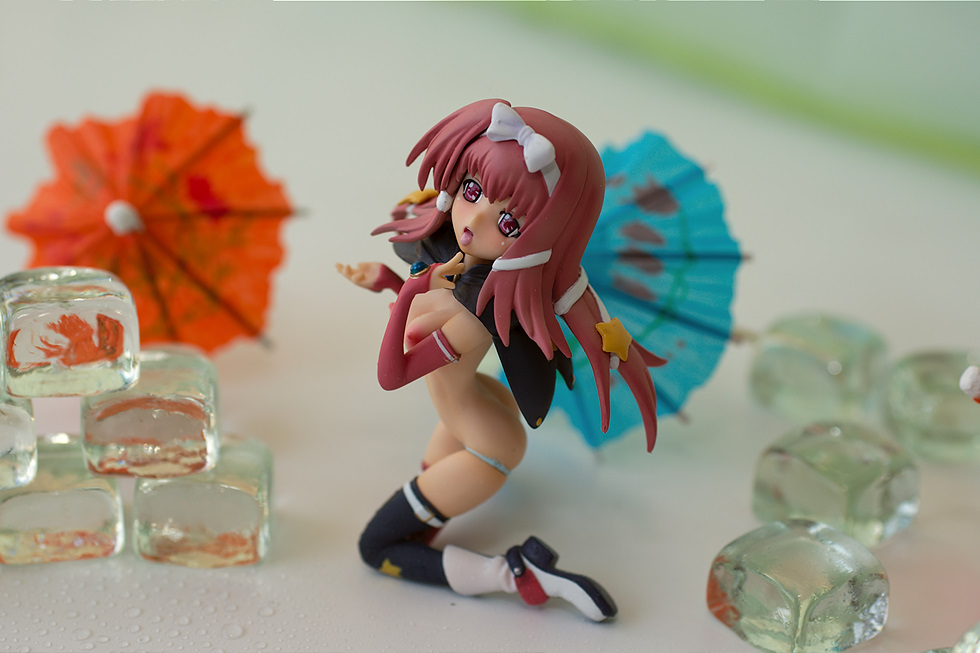 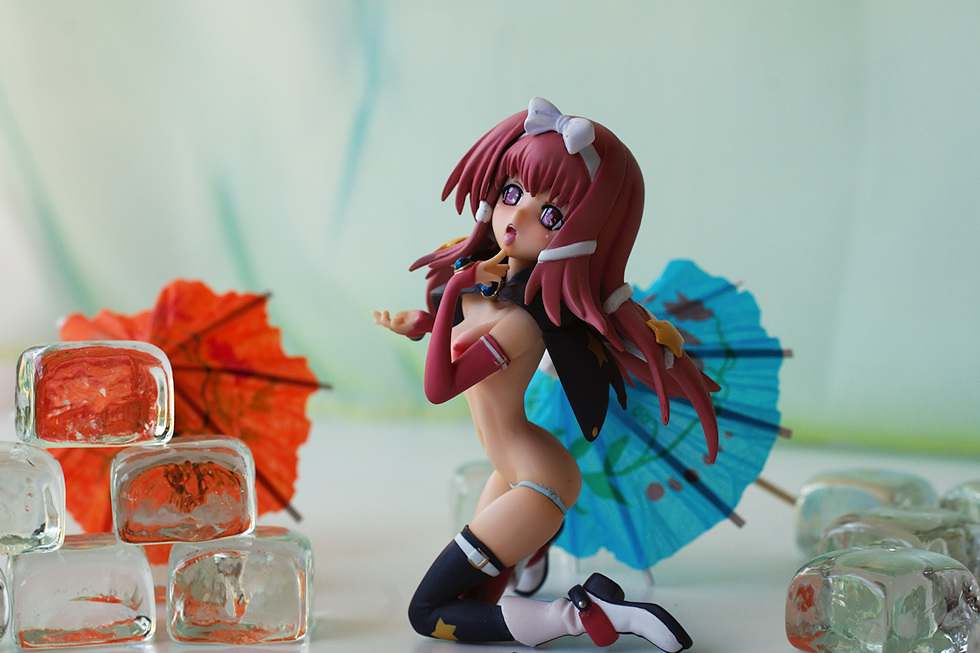 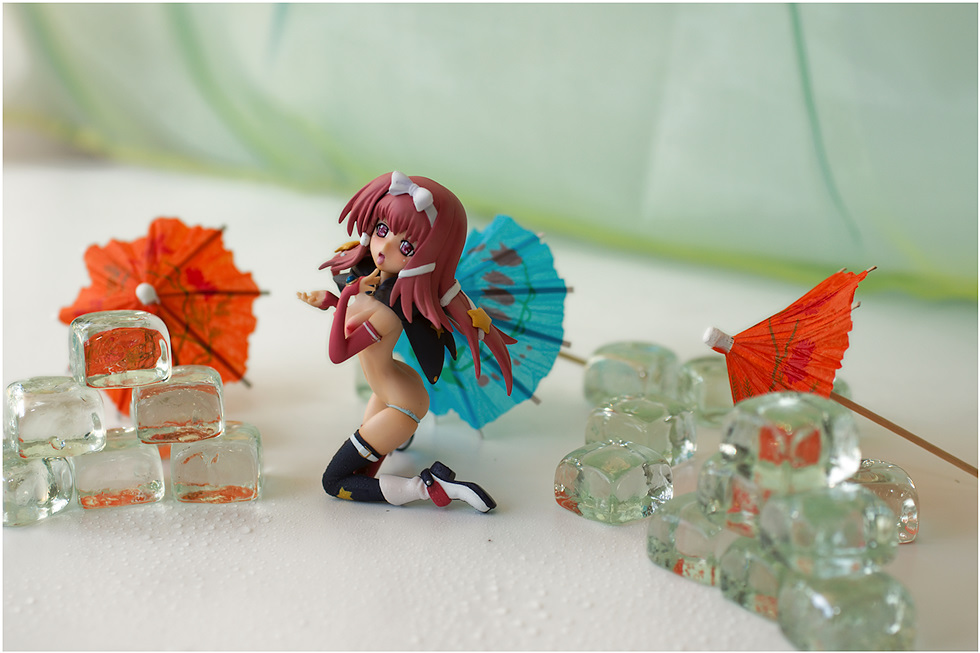 The people at Giga Pulse were very creative with the pose, in the game she never striked this pose or had any ice with her, but putting this aside the figure resembles the CG look of her origin very good. The body is sculpted clean and shows some really nice proportions and alluring curves. 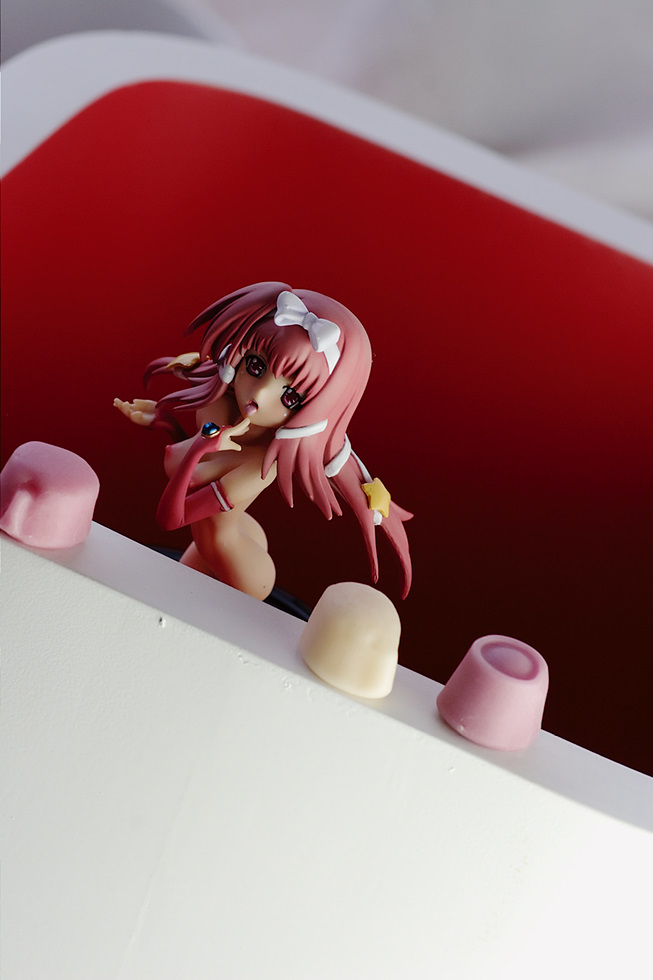 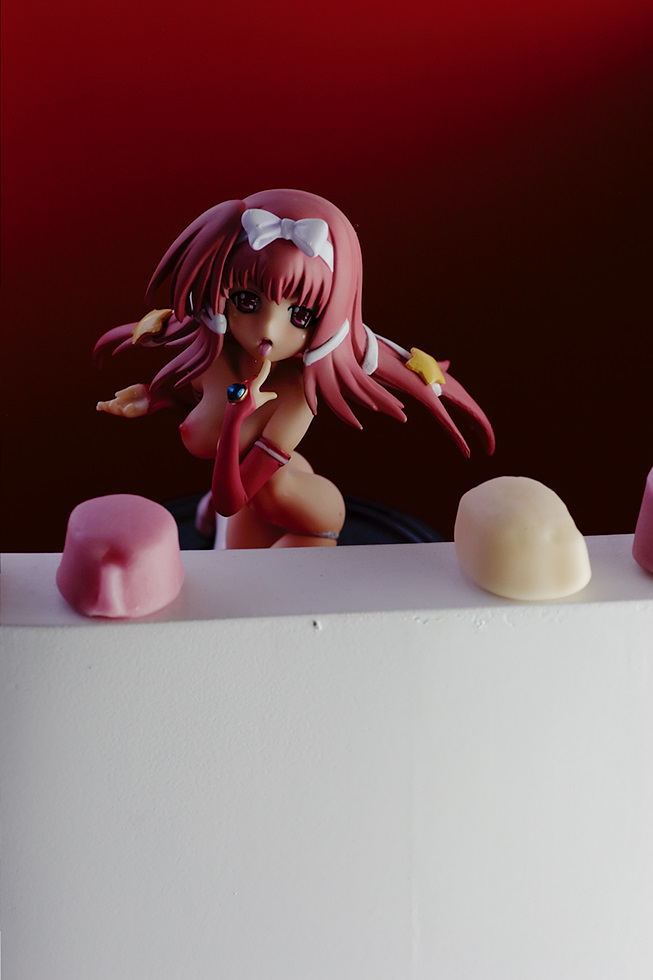 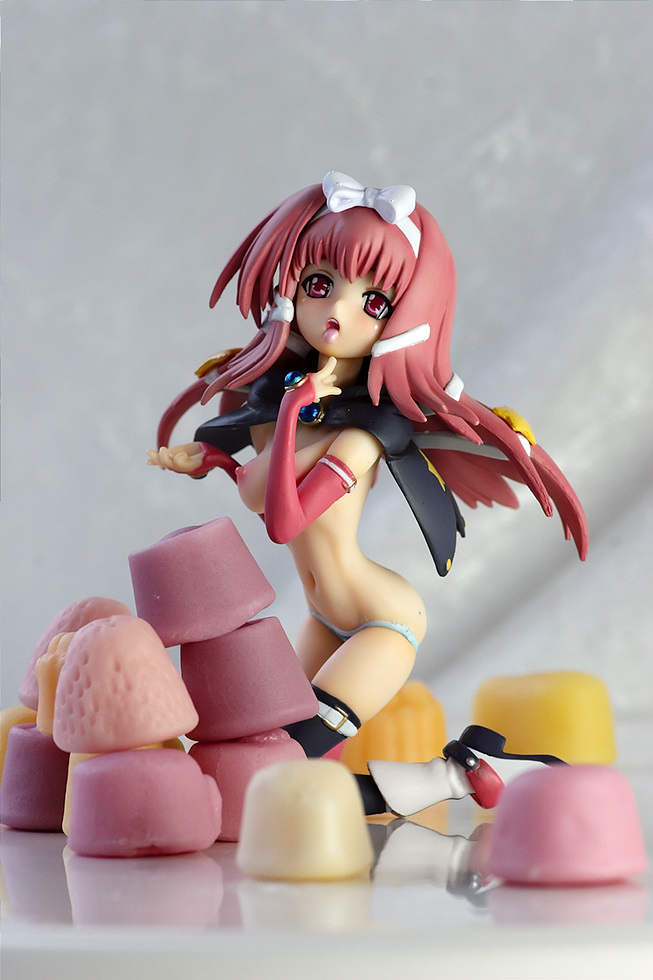 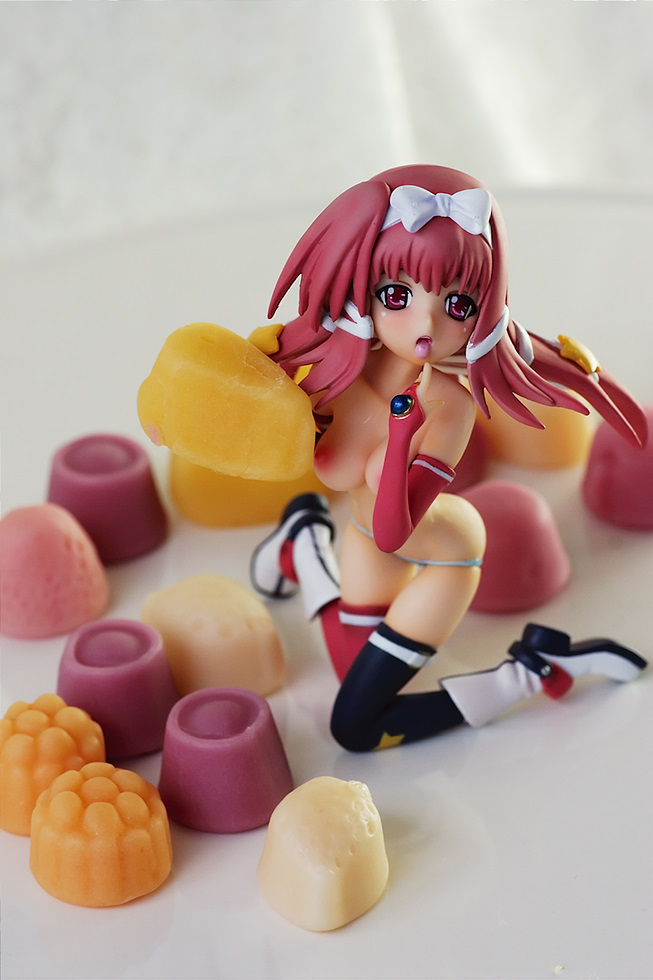 I really like her smooth looking skintone and the way it absorbes light. As you can see her pretty butt is exposed a lot and she also has her breasts exposed, at least she’s wearing panties XD
I wouldn’t be brave enough to buy figures without any. It is possible to pose her so that arms are hiding her bare boobs and you don’t have to look directly at her butt. But honestly that would be a shame since her but is really pretty also the stomach is nicely sculpted. 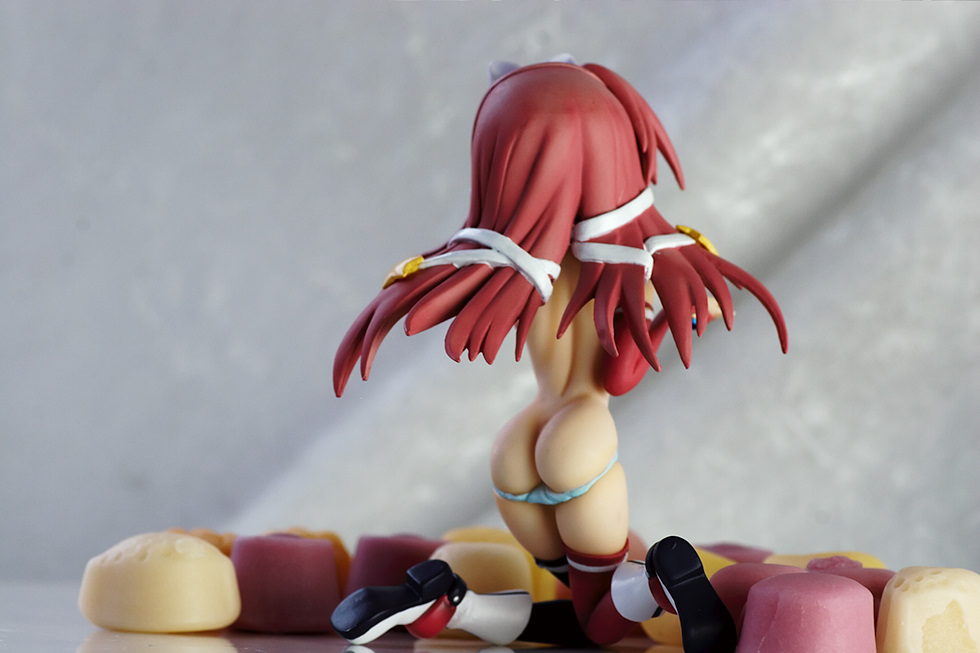 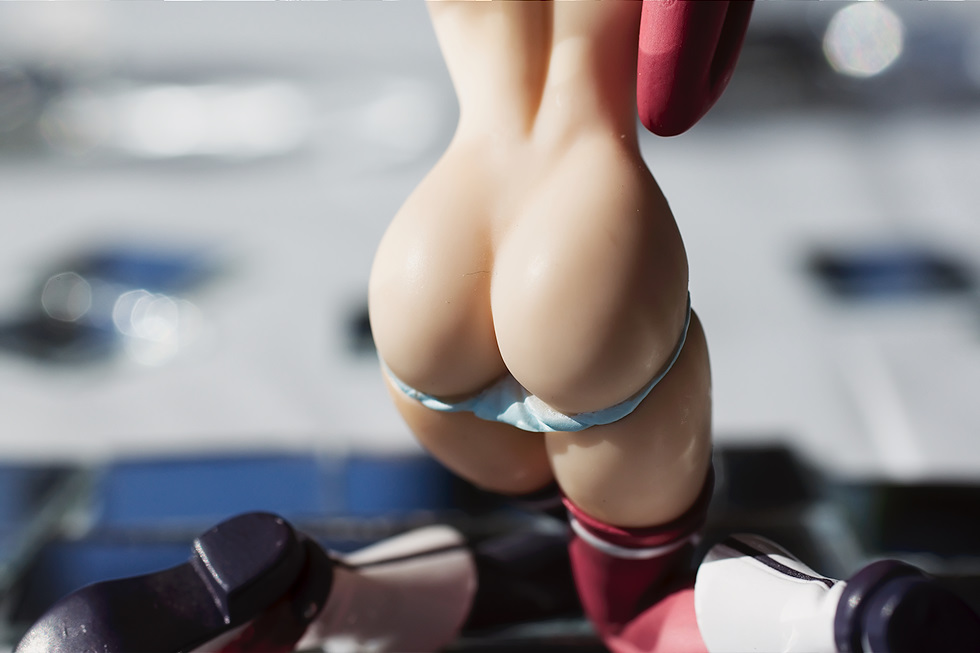 Attention to detail is also shown at her fingers, every tiny finger looks nicely sculpted.

Her pose is very sexy, a bit suggestive and also cute in some way, she looks very nice from a few angles, but because her neck is a bit slope and long she looks a bit strange from some angles.

I really like the remaining magical girl outfit of Ifrina a lot even though it is not much. The big ribbon on top of her head and the straps in her hair are really cute, and the long fingerless gloves are sexy, additional to that the figure is wearing a striped pantsu. The different colored thigh highs and the white boots are a nice eyecatcher of this figure also some smaller details, like the buckles at her gloves, the stockings and the stars on her hair give this figure a very nice look. 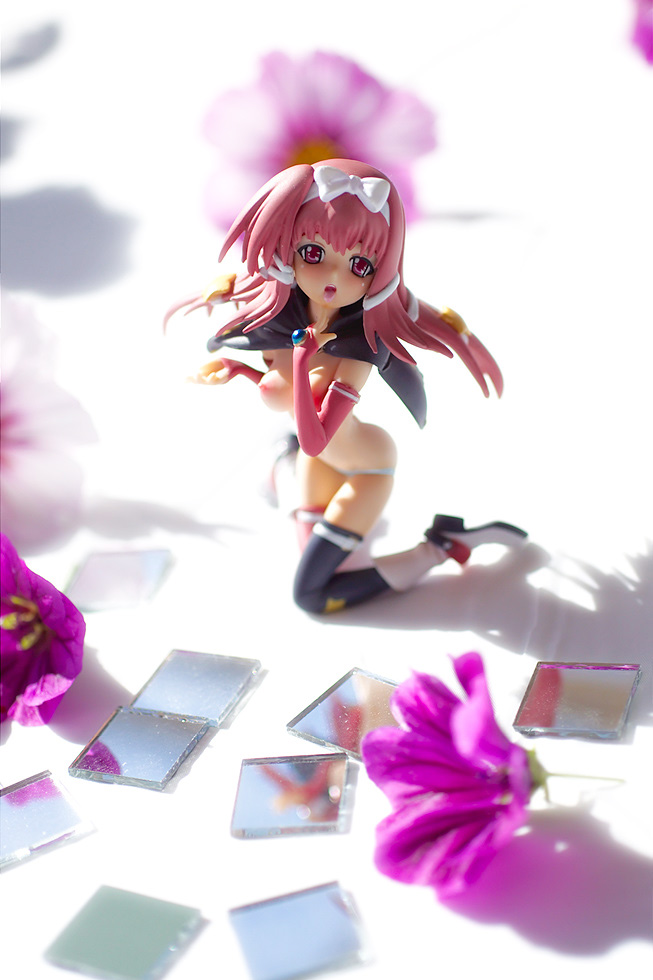 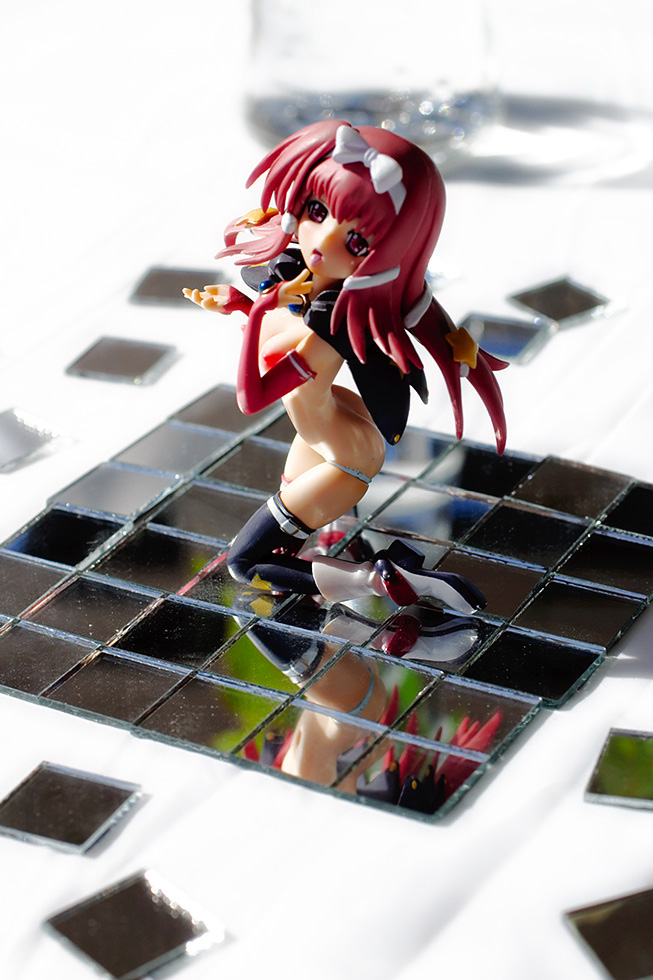 Even though the figure is small, the paintjob is very well done and the details are painted in a really clean way, as long as you don’t use a magnifying glass you’ll see no real flaws. The only thing that bothers me a bit is that her nipples are painted a bit blurry.

I really like this figure a lot, after I’ve played the game I like her even more, she’s one of my favorite figures and is always on the left of my desk. Endoh is a mix of cute and sexy with some surprising details for her size, I paid a bit much for such a small figure, well the very clean sculpting and the clean paintjob justifies it a bit. I wouldn’t mind to buy a more modest figure of Endoh in her complete outfit, but unfortunately there is none.

Next time I will show you a review of a more modest figure I promise ! 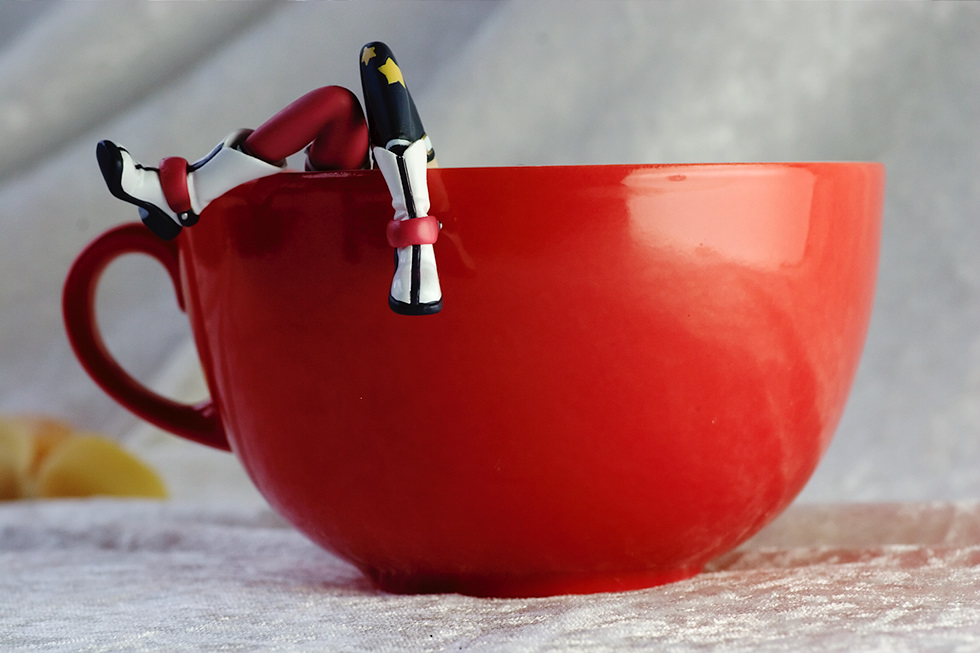