Hallo boys and girls, today I will review this cute Kagami Hiiragi, it’s another figure from Wave’s Beach Queens.
She is a 1/10 scaled figue manufactured by Wave and has a height of  120cm.

Her origin is the famous anime Lucky Star, a funny slice of life comedy. I have a amusing memory , as my dad bumped into my room during the crazy opening. I don’t wanna know what he was thinking at that time but it was very funny. Kagami is my favorite Character from Lucky Star I always liked her more feminine and tsundere side a lot. Kagami is sculpted after this illustration. Wave also made a Beach Queen figure of Konata which is nearly as cute as Kagami, but I didn’t ordered her. They look very good together and can be placed like in the illustration. 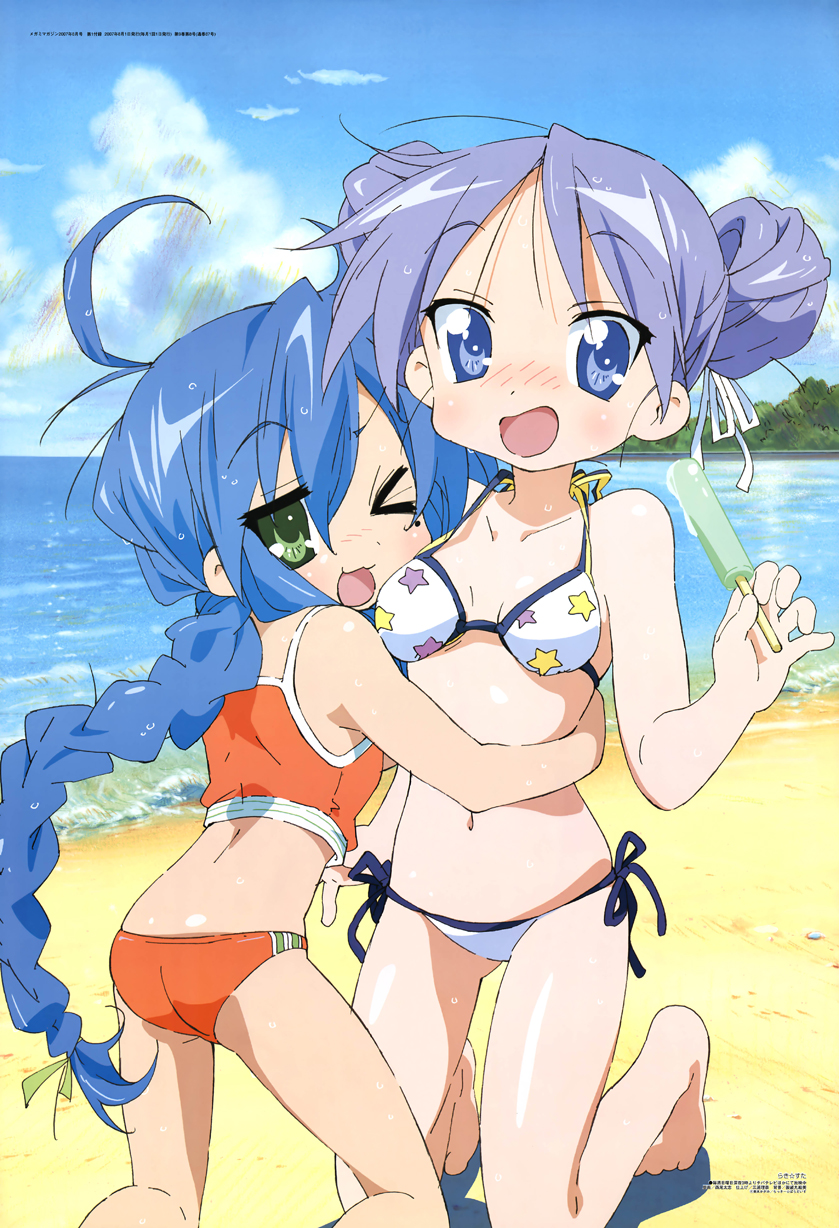 Kagami comes with a lot of accesories, she has two interchangeable hairstyles, you can choose between the more common Twintail and the cute Knots. Kagami also comes with a popcycle ice which she can hold in her hand and a  swimring which you can hang over one of her arms. 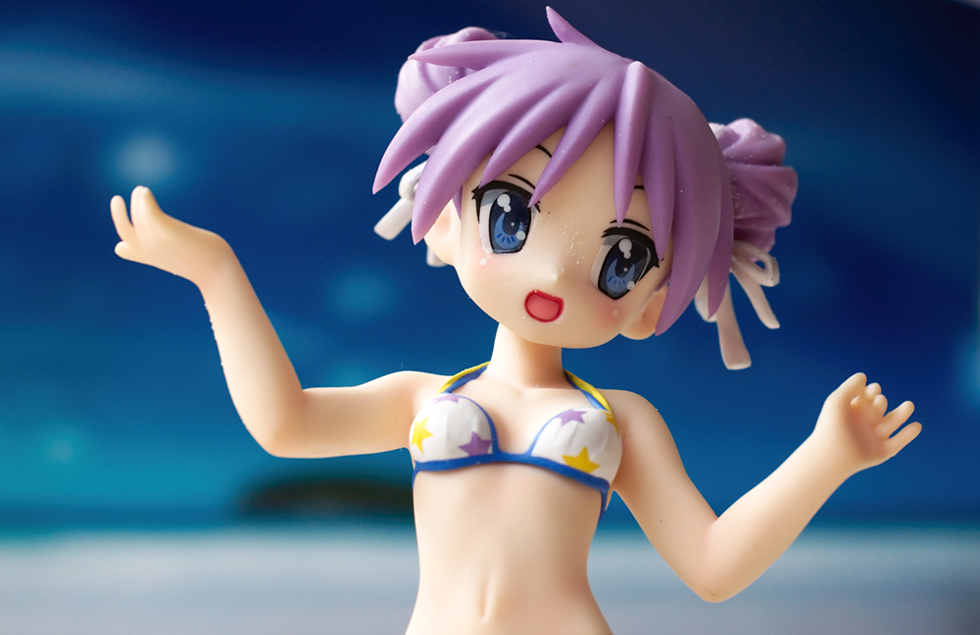 WAVE is none of my favorite figure manufacturs, but I ordered Kagami because the official shots looked very promising. As I opened the box this figure surprised me a bit, she isn’t just totally cute, shes also very well sculpted and painted. The nice hat from Azone isn’t included in the box. 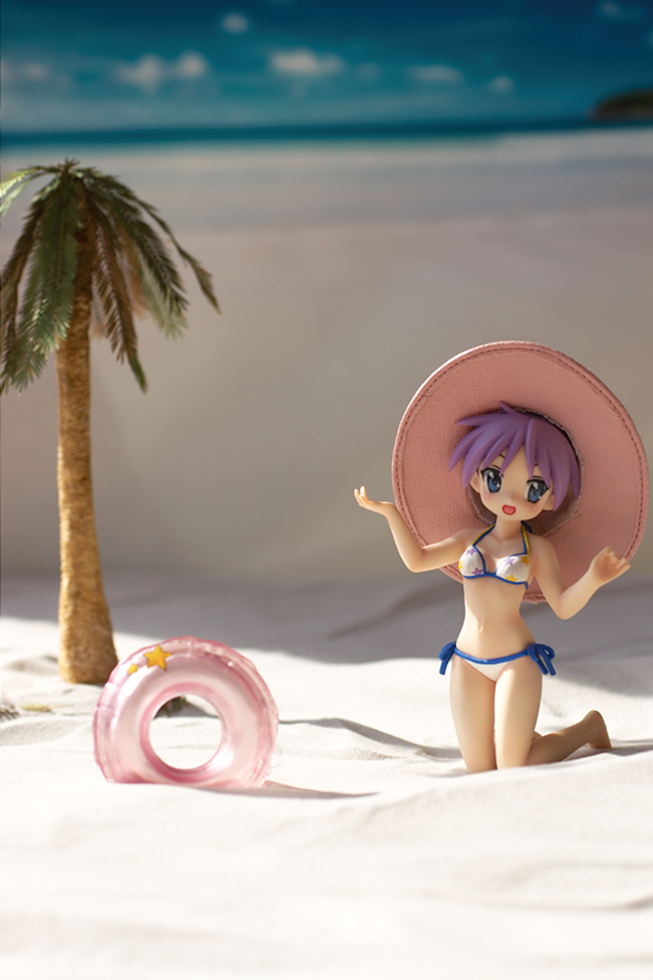 Typical for Lucky Star characters are big heads, so despite from her small size Kagami’s face has enough place for details she has detailed eyes with blush marks and an open mouth.
The main feature of the Beach Queen’s is the “H-Neck”, a ball joint at her head which allows you to change the direction and angle of her head. Its a nice feature for playing around, don’t do it too roughly or you have her head in your hand. But even when that happens you can easily put it back into place.

I like the texture and the shading of her hair it looks very nice and resembles the pastel look from the anime quite well. The bikni top has some nice little stars printed on it, the wrinkles on the top let the sculpt appear more lively and give it a more realistic look.

For the shooting I’ve used a printed out picture of a beach scenery as background, a 1/35 scaled palm tree which I’ve build beforehand and 2 kg of sand for the proper floor. I considered to do an outdoor shooting, but I had no beach nearby and the weather sucked as well.

Kagami is a cute and small figure, which is nice and clean sculpted, the pose is also very nice and her body has some petite proportions. The hair also looks very good, the interchangeable hairstyles are a nice extra. Her twintails are nice, but I prefer the hair knots which are supporting Kagami’s cuteness more. One minor critique point is the swimring, I’d prefered it if the swimring would be made of soft plastic instead of hard plastice. So far I’ve sold every figure after some time from WAVE I bought, but I will keep Kagami for sure.

You can find two nice reviews of Kagami and also Konata at thebanzaieffect and shadonia.com