Hi Min’na san (I always wanted to write this line)

Today I want to show you how to give your PVC figures a new look.

Everything started with my Arisa figure from Yamato, I got bored from
her normal sailor uniform top, so I thought about a way to give her a new look
I stumbled over a shirt on ebay which looked as if it could fit so I gave it a try
Surprisingly the shirt nearly fitted perfectly, I said nearly =D
Luckily my Mom is good at seeing so I let her handle the fine tuning,
So the sleeves got shortened as well as the top itself.
Because Arisa’s arms and head can be taken off it wasn’t that difficult to
put the shirt on her. 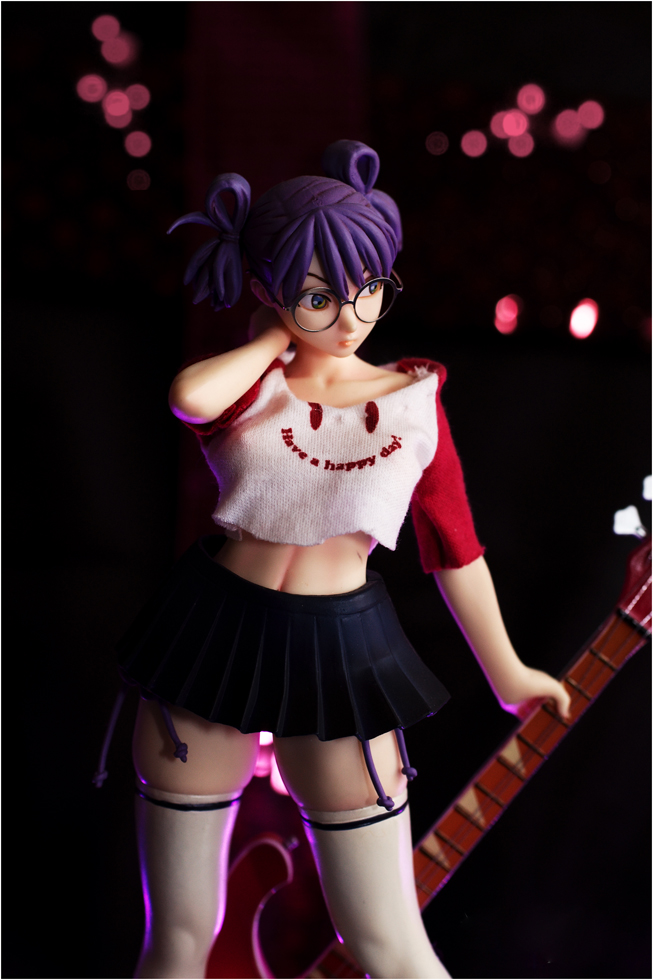 I think its a nice idea when you get bored from the outfit of your figure
or like to cover up some of your ero figures to give them a more modest look. =D

The clothes from AZONE EX CUTE line have a big assortment of nice real fibre clothes. 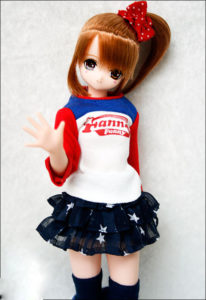 These clothes are intended to fit for 1/6 scaled dolls, but in generally they also fit on
1/6 , 1/7 and non scale PVC figures around 20 cm in height.

On these dolls these clothes are looking very girly, which maybe isn’t everybody’s
cup of tea, but in my opinion they look also very good on more adult looking figures.

The tops, shirts and skirts are tight enough to fit on 1/7 scaled figures,pullovers are
a bit wide so I would only recommend to use them only for 1/6 scaled figures.

The clothes normally have touch fasteners or zippers which are helpful when
putting the clothes on the figure.
Unfortunately not every figure is able to wear real fibre clothes.

May it be that the arms are too close to the body, the head is too big and so on.
It works best when the figure have a cast off feature or havn’t much clothes at all.
It is also good when body parts like the head, the upper bodys or the arms can
be seperated from the body, it makes things  a lot easier.

This idea with the clothes worked so well with Arisa that I dressed up some more figures.

The second figure I dressed up was my Tenchi-san, she’s a non scale figure her size is
something between 1/6 and 1/7, I began to hate her cheap looking transparent black top
after some time., so I bought a blue striped hoody with a zipper for her.
I took off the wings first , then the head, taking off the plastic top was a bit difficult.
In the end the hoody jacket fitted perfectly on myTenchi-san’s body. 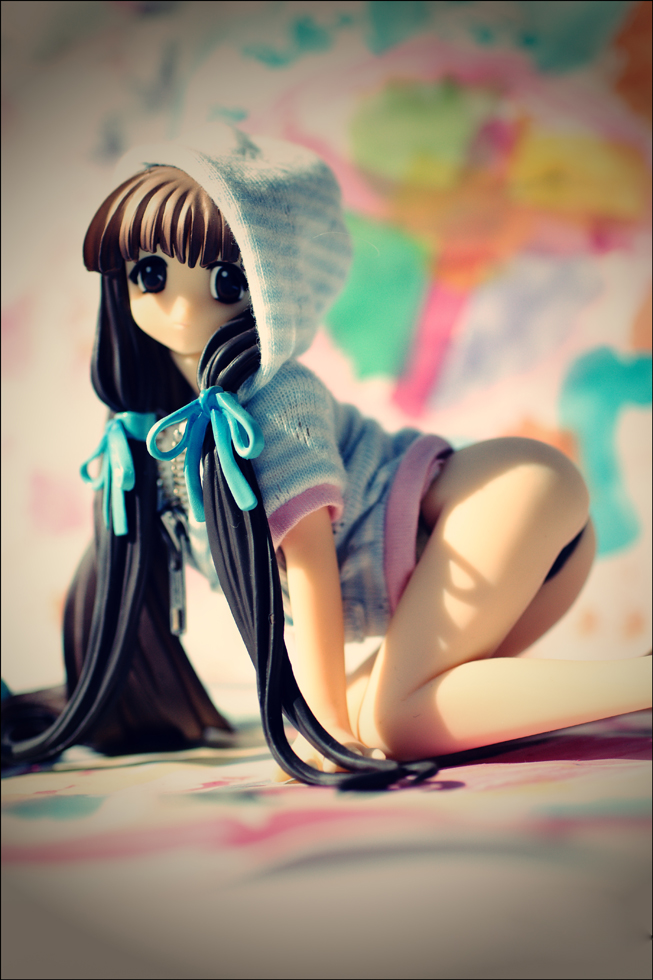 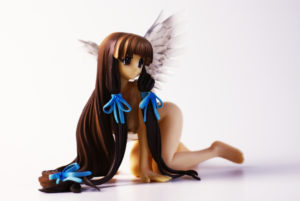 The latest Figure  for which I bought clothes was Seena Kanon, autumm was coming
and I couldn’t let her stand on my desk with just a bikini.
Because her arms are stuck together I(my Mom) had to cut off the shoulder
to put the shirt over her shoulders.
The wrinkles at the side could look better, but Im satisfied with it.
Putting on the shirt wasn’t difficult, because Seena can be seperated at her
bustline so changing the skirt was pretty easy, the skirt fits perfectly and wasn’t in need for modifiing. 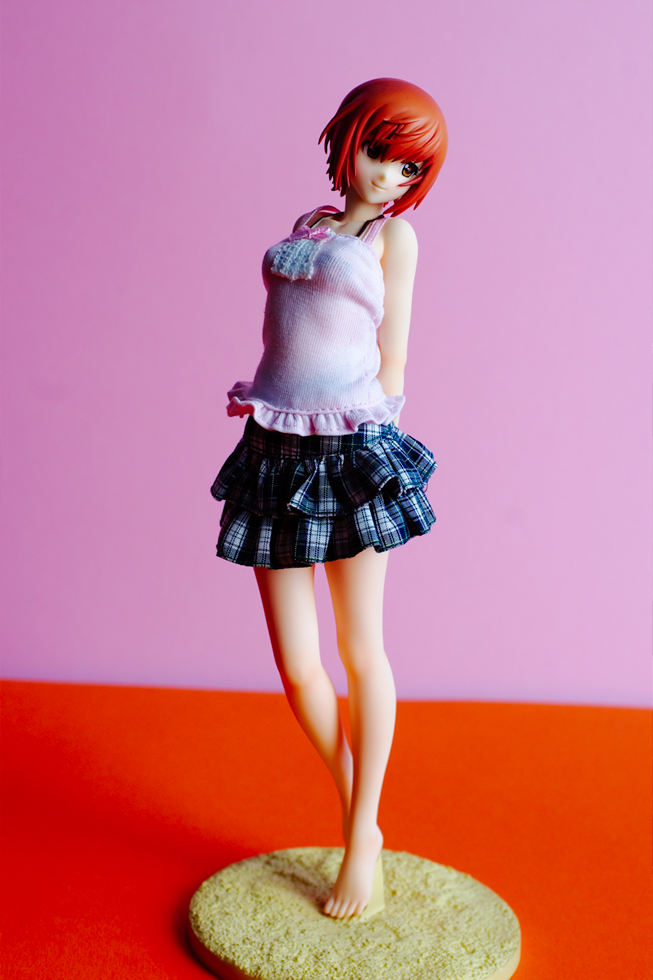 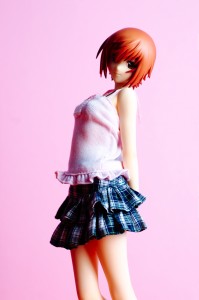 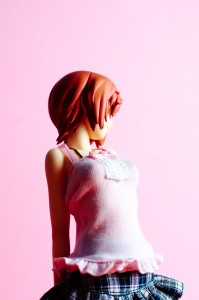 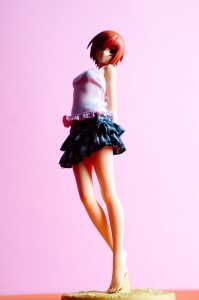 So that’s all for today.
Whats your opinion? Do you think its a nice idea or does it seem to be a bit creepy to you?

See you next time =)