Figures these days look more and more irresistable. I tghink someday I will run out of space. On Sunday I was able to sell two old figures of mine, if there are are more nice figures coming out next year, I think I will have to part with some more old figures, to provide more shelf space for the newer ones. It can’t be helped. Well, at the end of this  month Dwarf from my Open Preorders Part 3 post should be ready for shipment. Im really looking forward for her.

Now to my new preorders, I lately ordered a bit sexier figures,  I think reading Tier’ blog has left some influence on me or its because of the cold season, well this time the figures which caughed my interest and have been ordered by me are a bit sexier than usual. Together with Dwarf I now have 3 Orchid Seed figures on order, I never had a figure from them, so I hope their quality will turn out like the prototypes suggest. 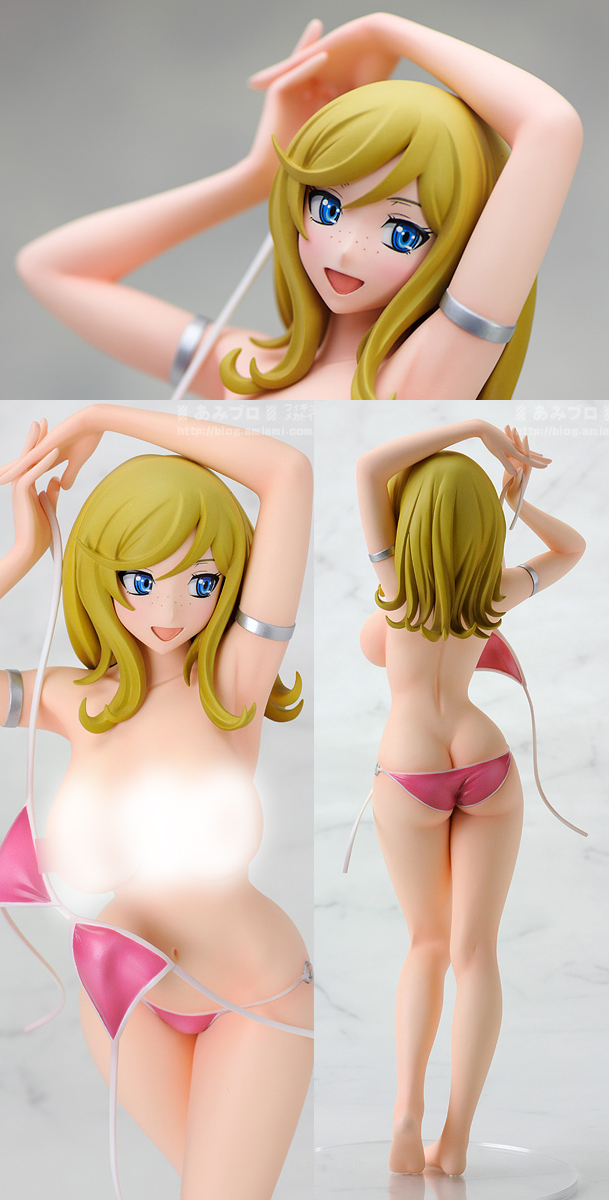 *cough* Oh well would you believe me that I don’t like such big boobs? probably not when Im ordering such a figure. Well her boobs aren’t the reason I’ve ordered this figure of Eleanor. I like her happy face, the blue bright  eyes and the freckles as well =) The curvy waist and her little bit chubby body are also quite nice. The scale is 1/7 and the release date is in February 2011 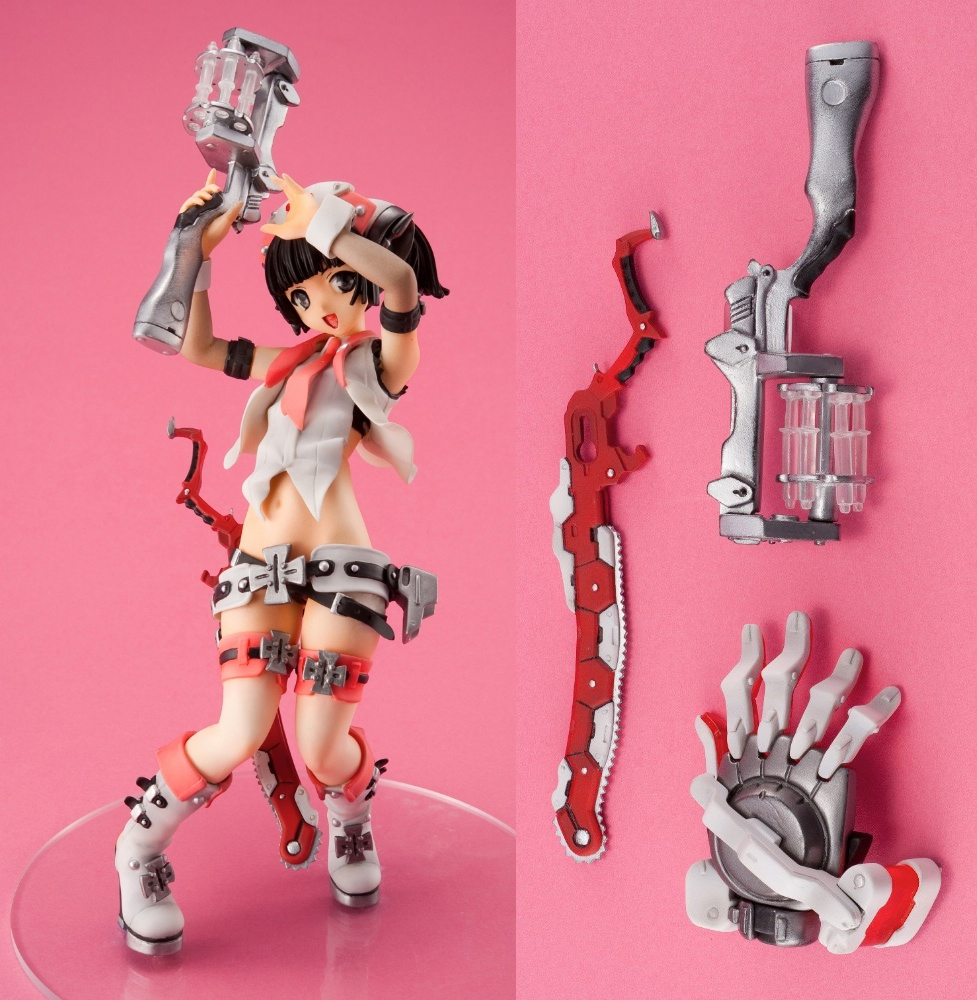 This is a quite expensive one, I dunno why I really ordered her considering the very high price.
I must be crazy or a bit retarded. Nevertheless I like her space saving  pose, her detailed and
flashy outfit as well as the cool equipment like the needle shotgun or the large mecha hand.
She is a non scaled figure around 19 cm in height, her release date is in June 2011. 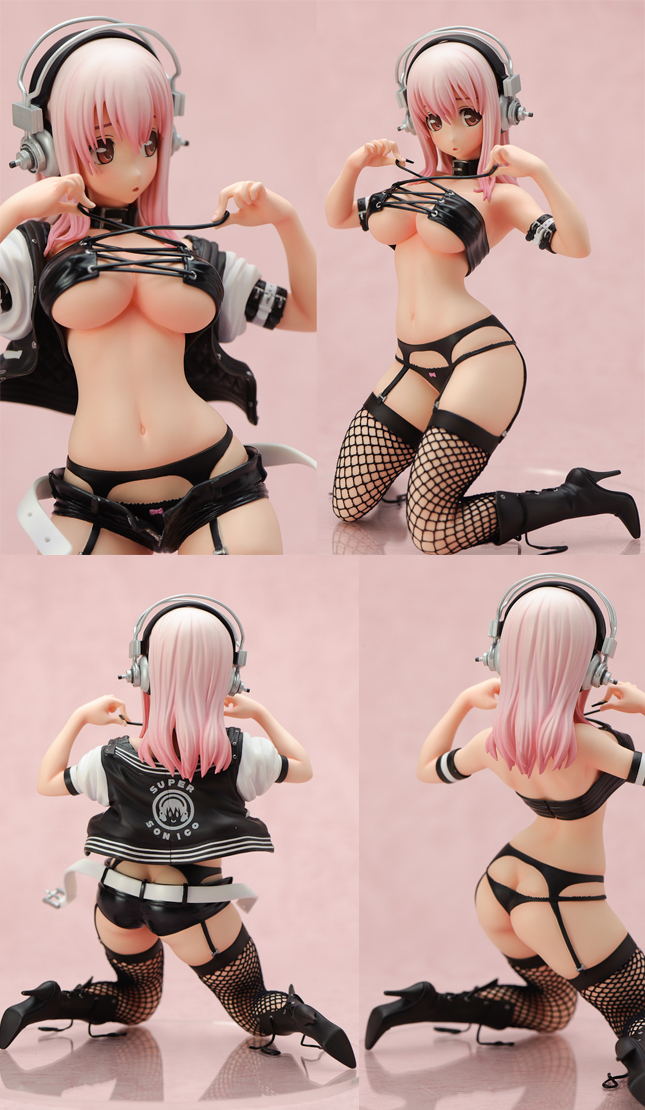 Yeah I already have Yamato‘s Super Sonico on preorder, but the Bondage Version looks so nice in her hard rock outfit her pose and body are looking really hot and I really like her leather like black/white colored  jacket. She has a cast-off with several variations, so there are many possible ways to display her. She is scaled 1/7 and comes with a black guitar and will be released in April 2011

She is another figure from the artworks of Range Murata, not really a preorder, because HLJ lately had her in stock for great 30%, I always liked this figure  but her price was to high as far as I know she normally costs around 100 USD. She is scaled 1/7 and will arrive with the speed of SAL shipment =D

unfortunately there never was a PVC figure of Nagi that I really liked, which is quite a shame, since she was an interesting character with a pretty and cool outfit of the Kannagi anime show. I was happy that I was at least able to find this Garage Kit. *lol* I only have to search for someone skilled who will assembly and paint her for me in a satisfying way, because she comes as an unpainted model kit, she is scaled 1/8 a release date isn’t announced so far.

There are some other figures which caught my interest, like Dizzy, Fate-casual clothes, Nanako and Rin, but so far only these 5 more figures I’ve mentioned earlier in this post are added to my preorder list.