Sometimes my figure collecting hobby is giving me a hard time, not that I have money problems, I really pay attention that I don’t overstress my budget with that, but my problem will be sufficient space in the future. I have days when I think “Arghh where should I put all these figures” and on other days I think “Oh theres enough space for a few more figures” ^^

At the moment I have enough space for all of my upcoming orders, but for how many new figures, how long can I keep ordering like this, that’s a real pinch for me, because more nice figures will appear this year. I came to the conclusion that I can’t have every figure I own on, the best solution is to put a few back into their boxes for a while and let them change places from time to time. The badass way would be to sell some figures that aren’t my favorites ^w^.
How do you deal with your growing figure collections, are you a bit concerned about it?

Don’t be afraid, it sounds like I will stop collecting figures, but that won’t happen in the near future, Im enjoying my figure collecting hobby, I like taking photos from my figures, I like reading about figures as well as writing reviews about my figures and I also like to discover new figures.

So after all the whining now I will head to the main topic, my new preorders, I will start with the figure Im looking forward the most. I haven’t added the Suruga Kanbaru figure from (GSC) yet because I couldn’t bring myself to order her until now. I have too many preorders atm, but I will order her soon ;D Or maybe not if other, even nicer figures will be announced for summer.

I never was really interested in owning a Strike Witches figure, in the past I was interested in the Lynette Bishop figure from Kotobukiya, but I noticed her too late so I failed in getting the Lynette Bishop figure, I even missed the re-stock at AmiAmi. While searching through the MFC Database the uncolored protoype of Charlotte E Yeager caught my attention and landed on my wishlist.
As the promo shots of her colored version appeared I was really impressed about how good she looks, the face looks beautiful as well as the hair. I also like her oliv green uniform and that her striker unit resembles a P-51 Mustang with a metallic finish effect. I hope Alter will make a figure of Luchini soon then I would have my favorite Strike Witches couple at home 😉
Charlotte E Yeager is scaled 1/8 and the release date is June 2011

I like the anime Amagami SS a lot so a nice figure of any of the female characters was very welcome, Max Factory started with the slightly crazy,very pretty puppy freak Haruka.
She is scaled 1/7 and the release date is April 2011. The pose is some kind unique and the bendover position is quite appealing and sexy, another important part is her pretty face and the nice looking hair, ok I admit it her backside looks also great and thats another reason why I ordered her. In my opinion this black swimsuit looks so much better than a bikini could ever do. When looking at the promo pictures it seems like this figure will look good from many angles.

Next to these two hotties I also ordered a Nendoroid, how fitting XD release date is in February
I forgot to mention Nagi in my last New Preorder post, well I liked Nagi a lot in the show.
Her clothes appear not very interesting or especially nice, but her faces are nice.
Another good point is that she can knee and she comes with a hat, her pet tiger Tama and a PSP 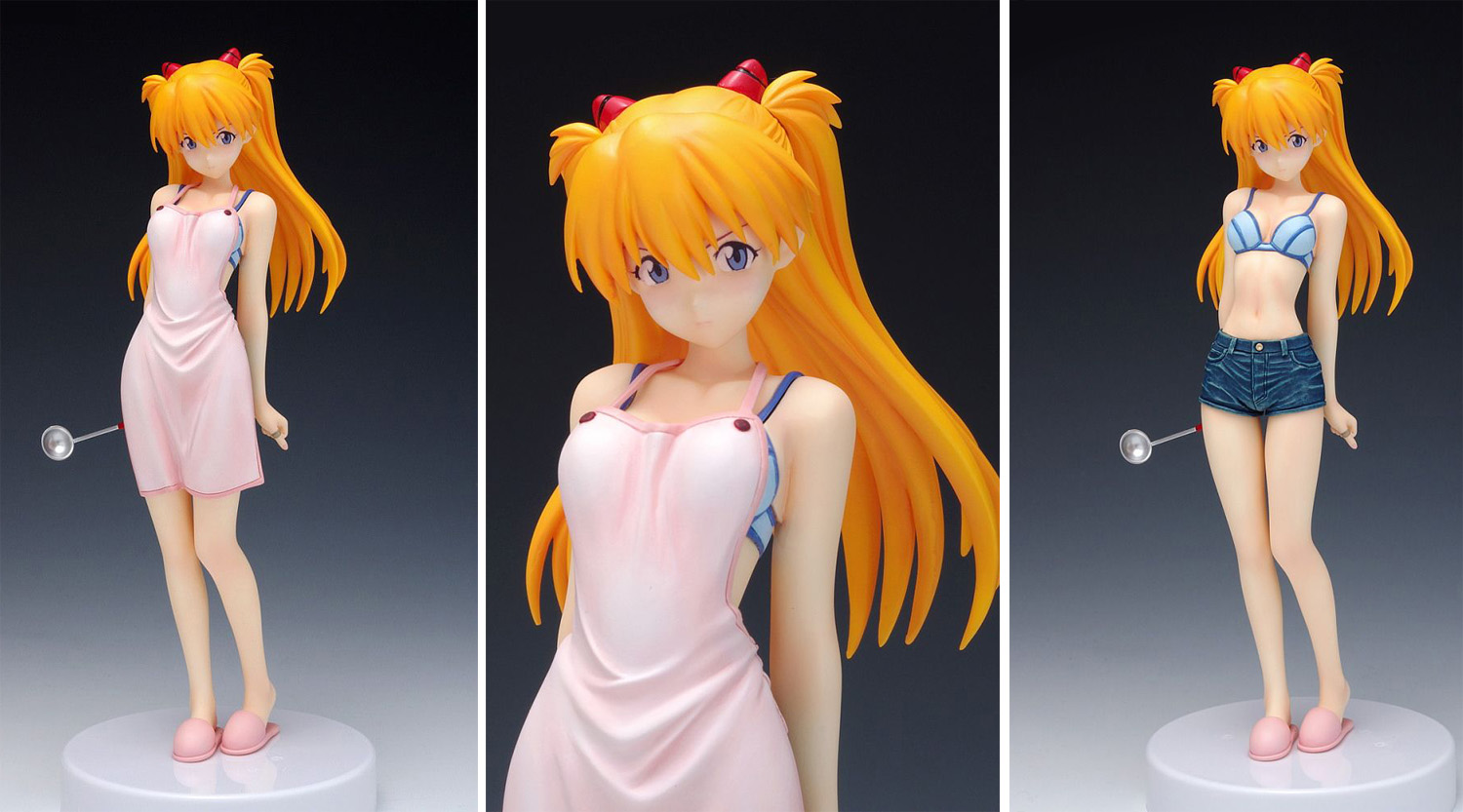 In her promo shots she looked very promising but in the latest pictures she doesn’t look that good anymore she was already shipped and I chose unregistered SAL shipment, honestly I hope the package will get lost and never arrive at my house, Im serious XD Hehe, but I have a little hope that she will look better than in these latest pictures, I pray for it.

In my last New Preorder post I showed a few figures where I was unsure about ordering them, by all of them I decided not to order them, it’s not that I don’t like them, in fact they are really pretty 😉 Im just not interested enough to buy them anymore, maybe Fate will be ordered because Nanoha needs a toy…eh I mean a friend

But I have a new unsure about ordering list, I now have set my eye on