Its been a few figures since I reviewed a figure of them, so lets give a warm welcome to ALTER’s Kaminagi Ryoko, as I saw the figure for the first time I thought she was boring, but at least I got interested in her origin Zegapain and after watching it I actually fell in love with her character.

Zegapain is from the year 2006 and was made by Studio Sunrise, who are well known for their mecha related anime, like Gundam. Zegapain has a different feel to it than their usual kind of show, since it’s more focused on the characters and their emotions than the mecha fights. In case you are more interested in the Zegapain anime you can check out my review 🙂 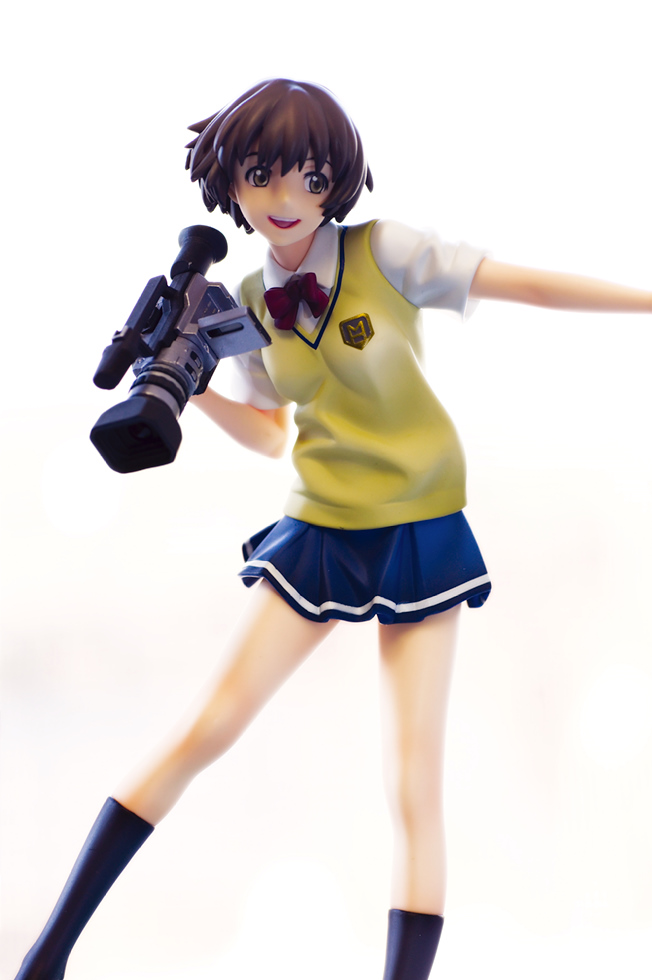 Ryoko is a childhood friend archetype character. But nevertheless she is one of the more interesting childhood friends, she is not very hot in terms of looks, but she has an enchanting kind and upbeat personality, her voice actress Hanazawa Kana also gave her a very fitting voice.

Im hard to please when it comes to figures from my favorite anime characters, Im already that picky that if at all I only own very few figures of my favorite anime girls 😀 anyway ALTER’s attempt of Kaminagi Ryoko convinced me very quick and the pre-order was set in stone. 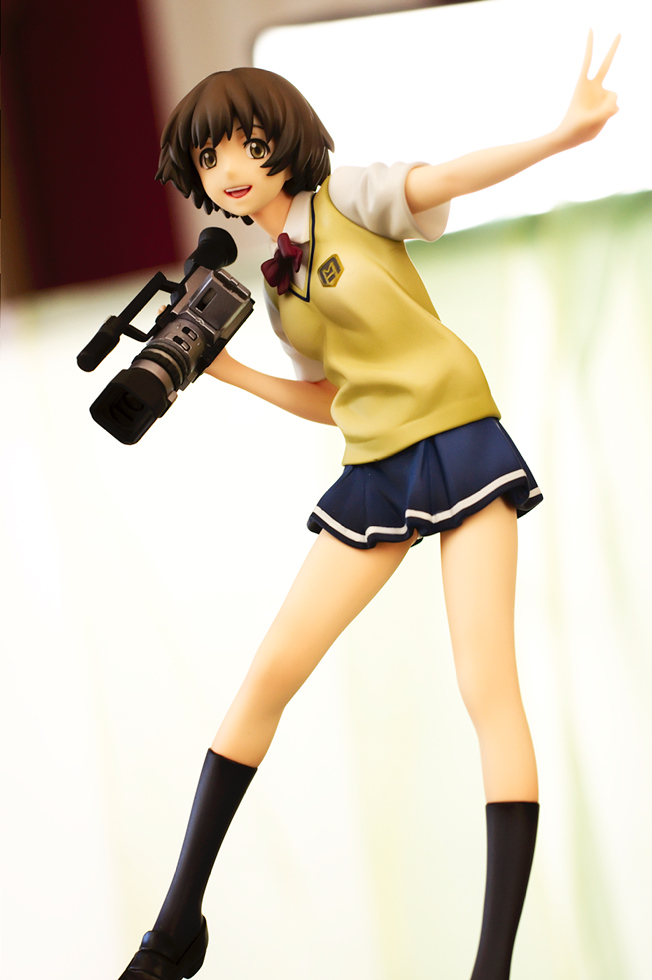 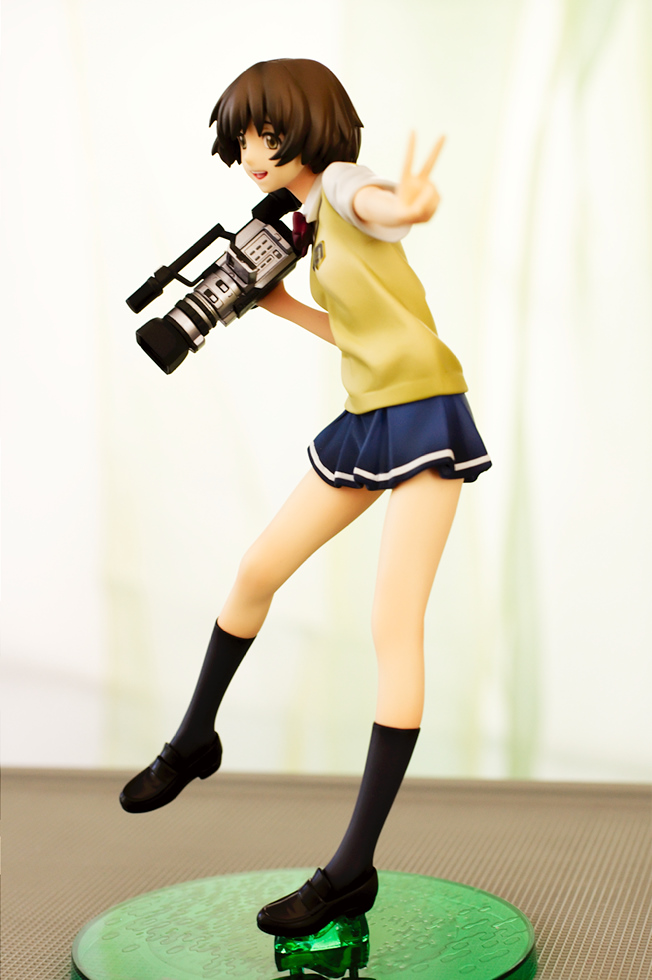 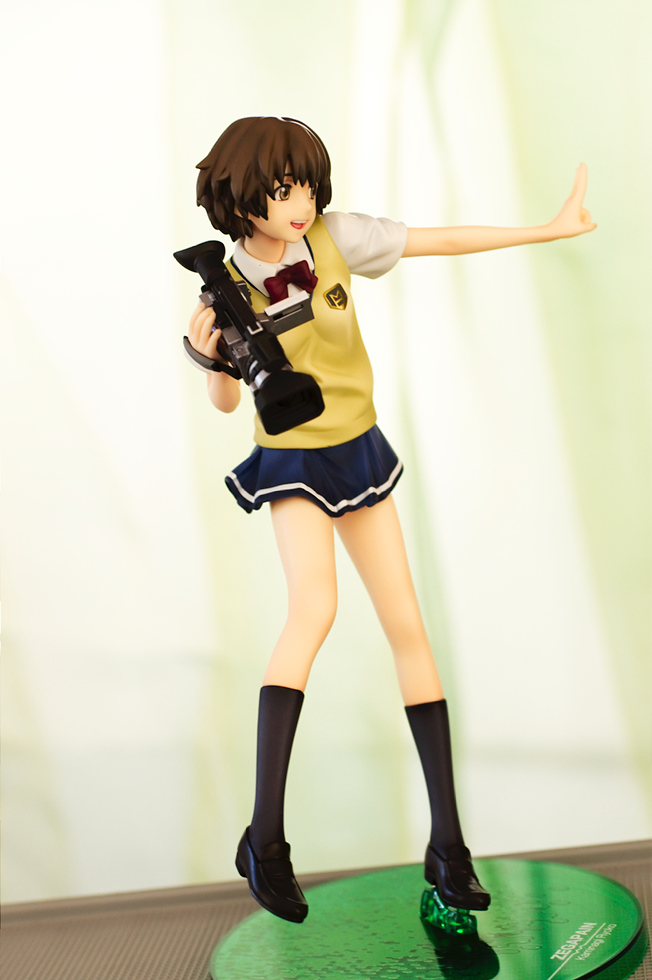 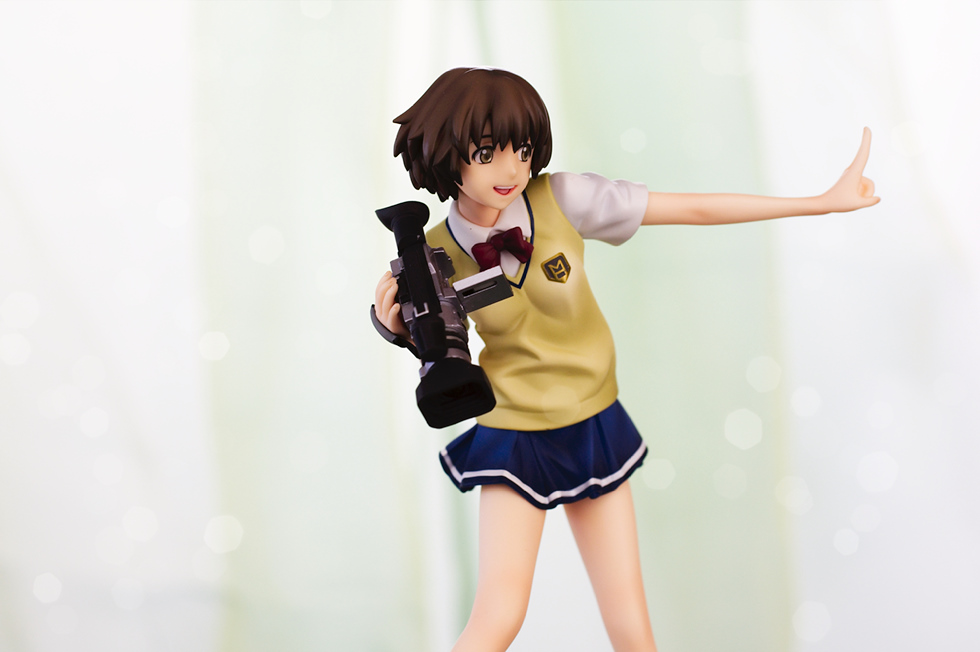 Kaminagi Ryoko ~Resurrection~ is actually the second figure of her character, in 2007 ALTER already produced a figure of her. The new figure is scaled 1/8 and has a height of 195mm. Her release date was on 11th January 2012 and I got her for 4,930 yen at Hobbysearch w/o shipping.

Lets start the real review with talking about her head, she has a short frizzy hairstyle in a natural dark brown colortone, really nicely sculpted and with many strands. Her face can’t be described with more than truly adorable. The yellow-greenish eyes are very detailed and radiates a lot of happy energy and in combination with the bright front teeth line smile she is just enchanting. Inagaki Hiroshi, her sculptor really nailed down Ryoko’s look from the anime. 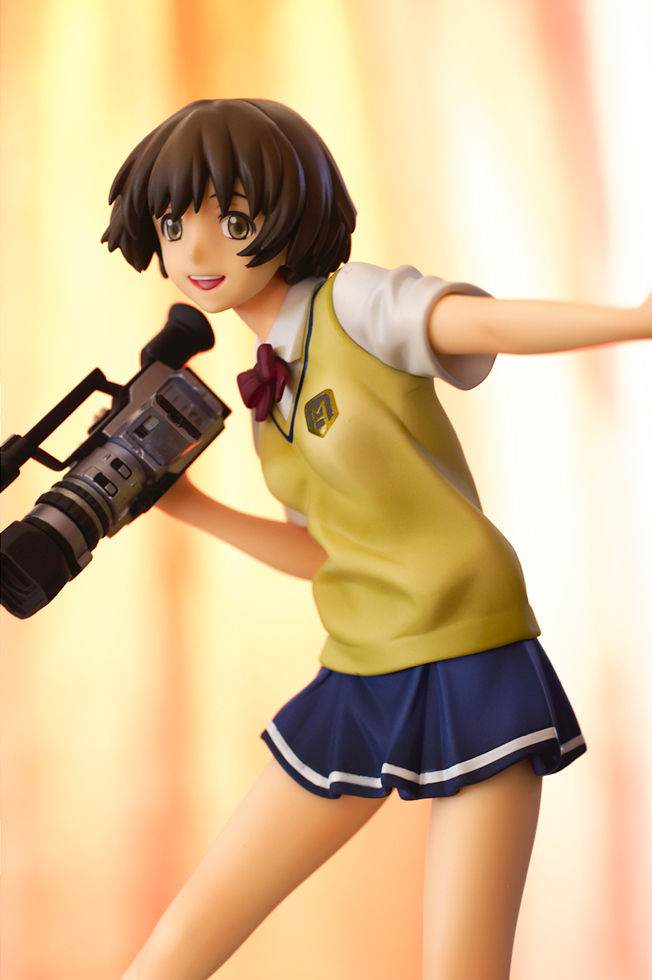 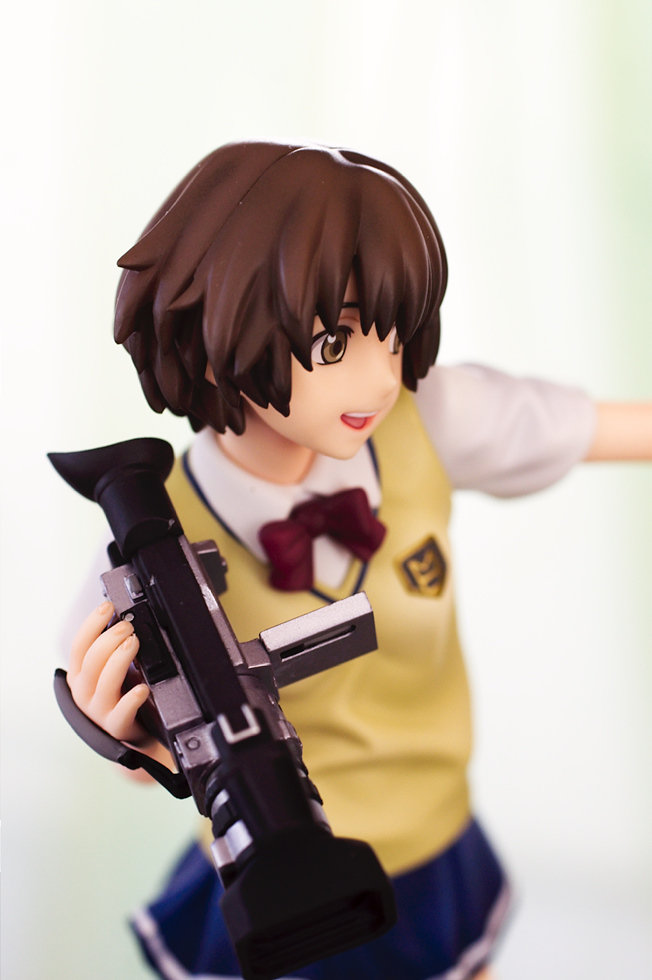 The outfit is straight plain, there is not much to sugarcoat about it, its a bourgeois sand colored slip over with a short sleeved shirt underneath. At least the wrinkles are made very detailed.

A more exciting part about her outfit is the super short skirt, it has a good looking dark blue to dark gradient with a white line around, it also has a very well sculpted flow with realistic wrinkles. The skirt is short but her white pantsu is only visible from behind, at the front she stays modest. 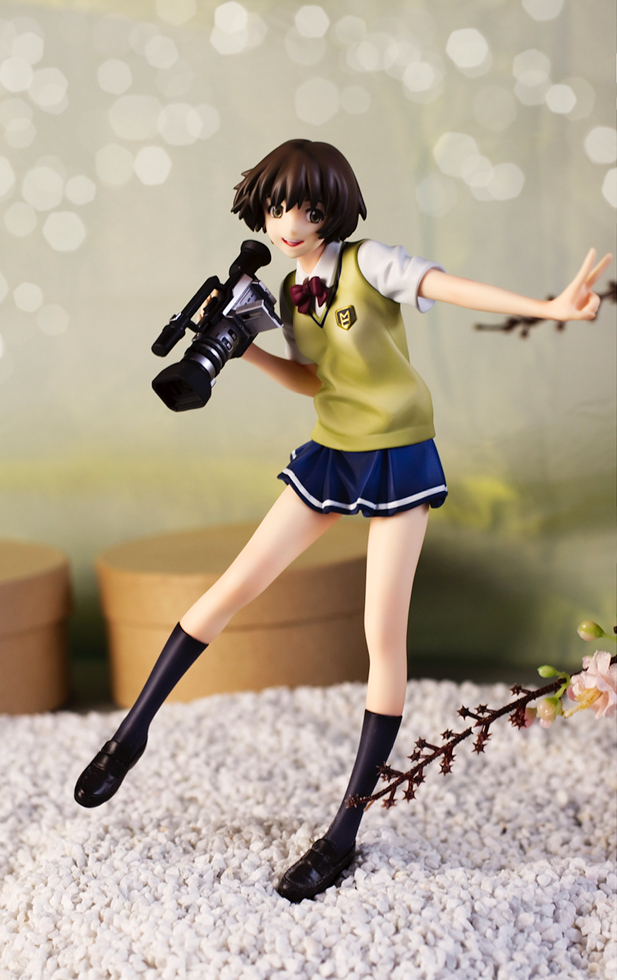 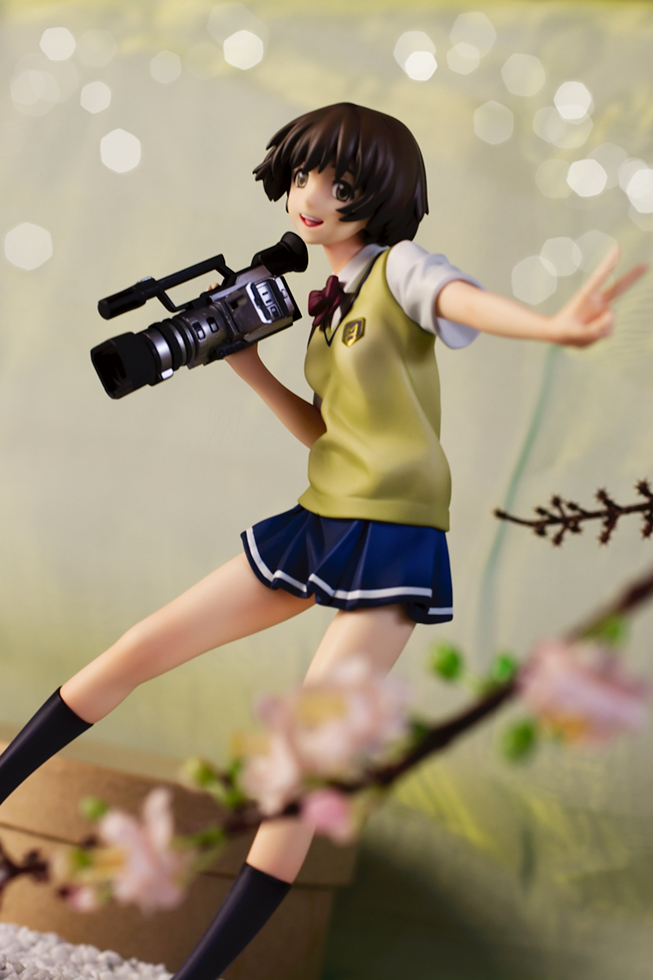 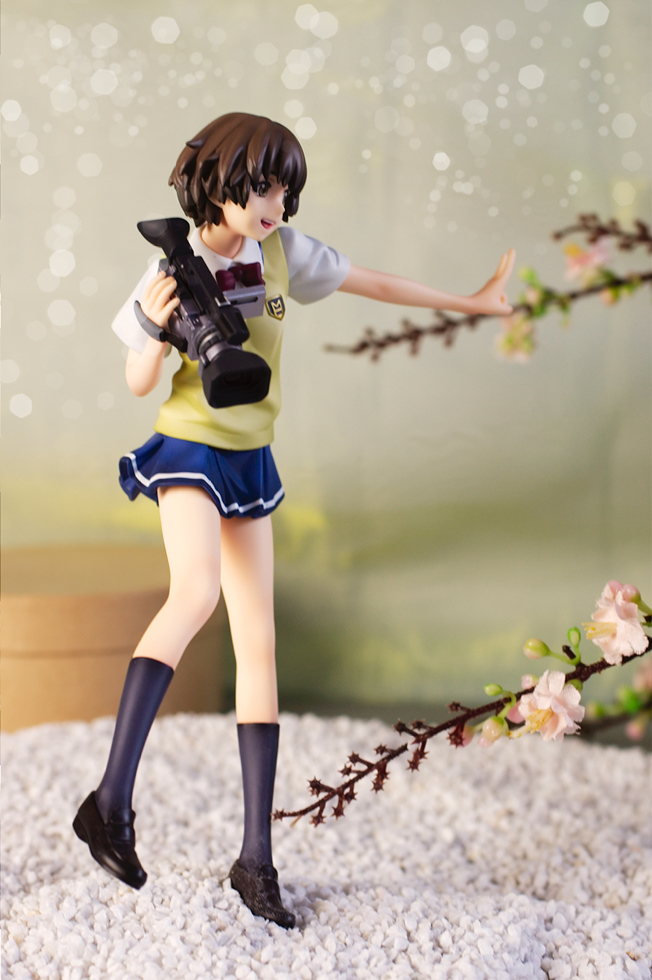 Furthermore she has a red ribbon around her neck and at her legs and feet she is wearing dark socks and the normal brown highschool shoe model which is often used at japanese schools.

The slender body and the normal sized head give Kaminagi Ryoko’s a more realistic touch and also the clothes give her the look of a normal schoolgirl. She has naturally colored fingernails. While the outfit leaves a rather plain impession, her pose bristles with dynamic, she has a very lively body language with one leg in the air and the outstretched arm with the victory sign hand. 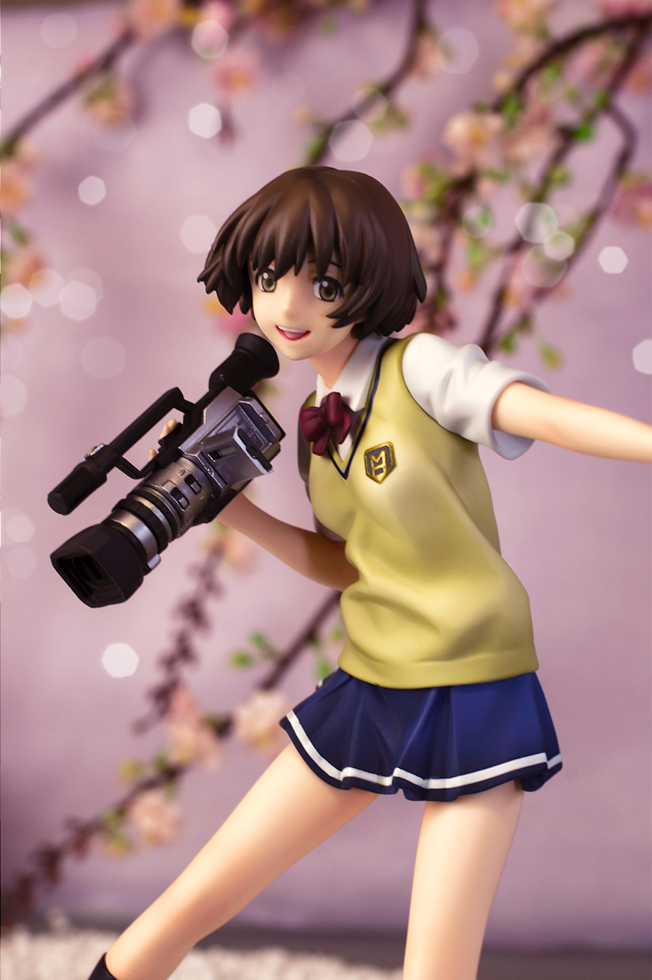 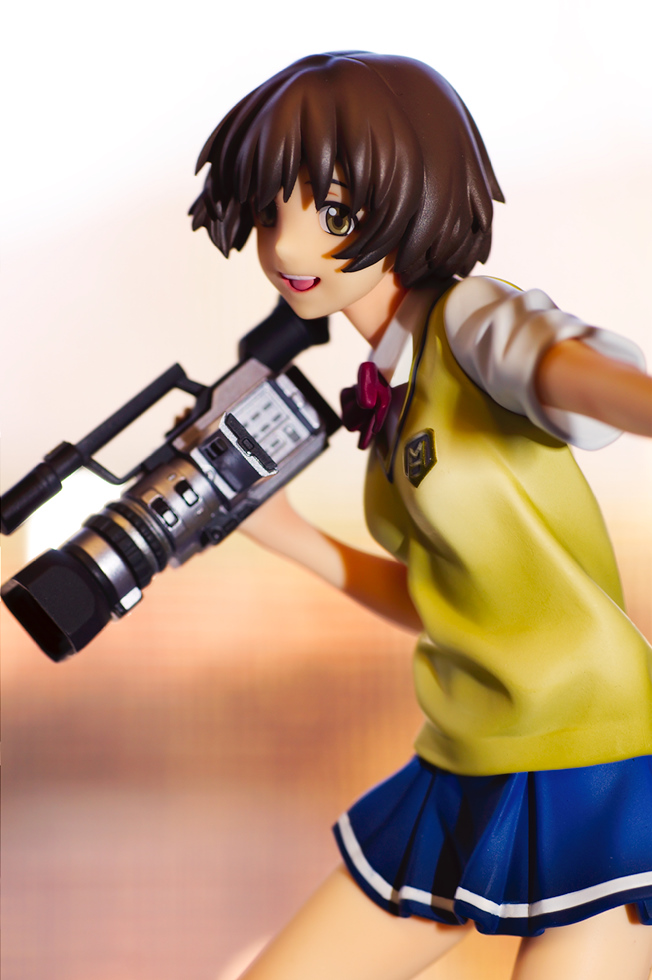 Ryoko is an A/V enthusiast and her favorite hobby is filming with her high end videocamera, the detail on it is very well, done. There are detailed buttons and a LCD monitor, ALTER also put clear plastic parts at the lens and into the viewfinder. The camera makes the figure more interesting. 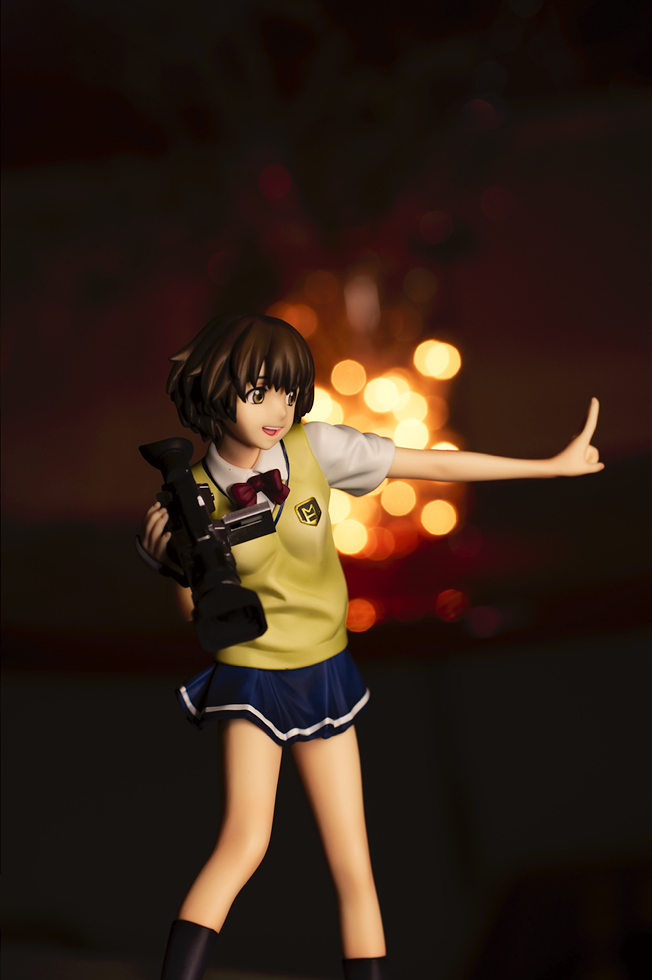 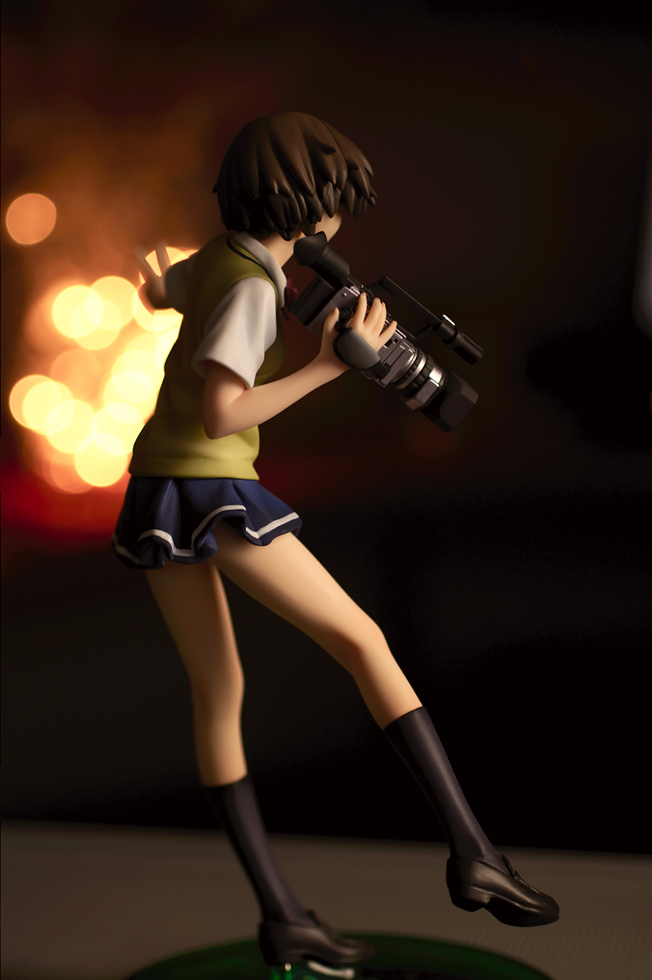 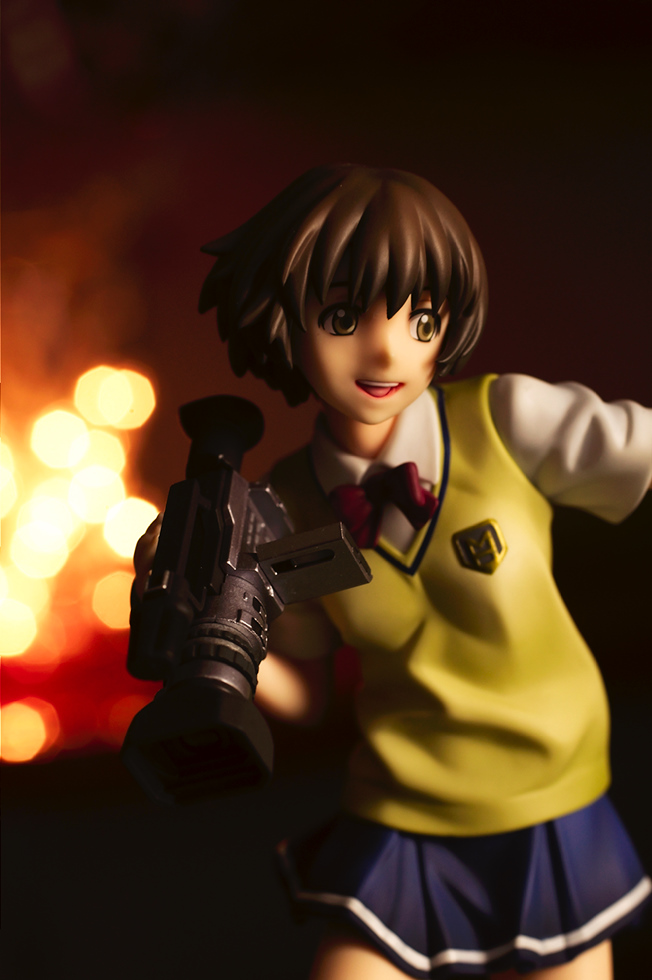 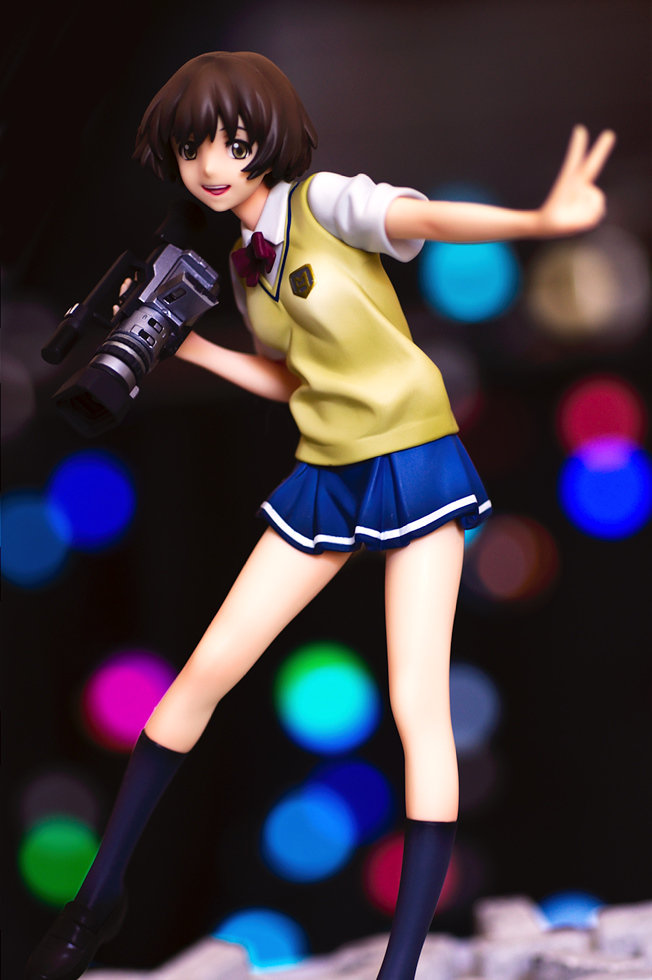 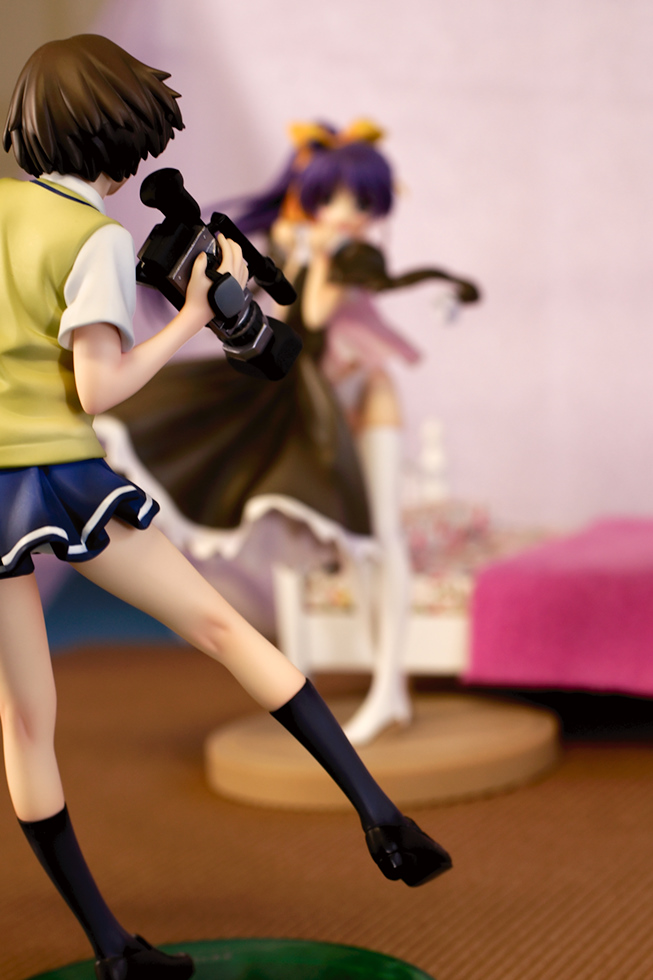 Kaminagi Ryoko ~Resurrection~ is a very nice figure and proves that ALTER also is able to make cute figures. Im an enemy of western school uniforms, but I can say that the overall figure makes up for the boring design of her upper outfit, hehe yeah the short skirt is ok ^^. The figure has a lively pose and a cheerful expression if you were a fan of Kaminagi Ryoko in Zegapain, this would be the right choice, it’s not like there would be any alternative figure out there. In case you don’t know her, you would receive a well made figure of a cute and energetic girl holding a camera.