Hello friends ^^, I think it’s time for a new preorder post. I already placed many preorders for the next few months, but it feels like it takes ages until the release actually happened, so the list of preorders gets longer and longer with each new order. It’s hard to stay interested in a certain figure when there appear many other nice figures each new month that you’d also like to have.

There are times when I just want to cancel everything and make a complete new preorder list.

Well, since the New Preorders 12 post I canceled nothing, I just can’t bring myself to pass on one of these lovely figures. The most dramatic changes were that Bath Time Sonico was delayed a 3/4 month and the release of Bath time Hinako was pushed far back to October, due to quality issues, she should have been already released but there already happened a number of delays. 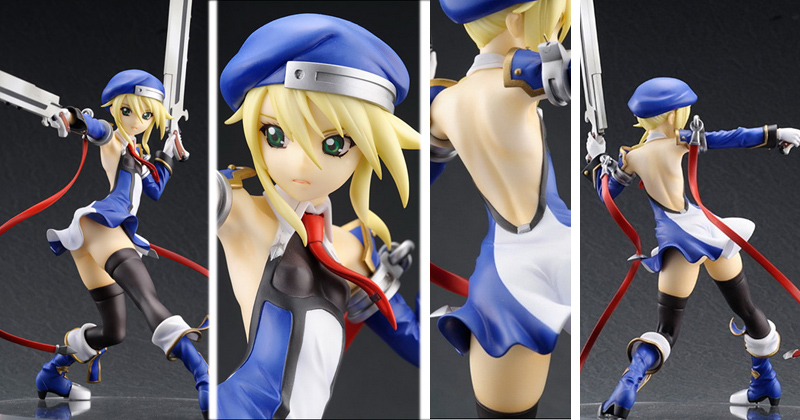 As this exclusive figure was announced, I was pretty much interested in getting Noel Vermillion, but at that time I already had two preorders of exclusive figures and I also didn’t if her quality would be worth the trouble of using a proxy buyer service. I forgot about her, but after I’ve read  Tier’s review about her, I just had to get her into my fingers. I don’t know much about her origin BlazBlue, but her look is already reason enough for me to get her. She has a nice slender body and her face reminds me of Kazuki from Amaenaide yo!! Katsu!! I loved this little antagonist. This figure was released on April the 26th 2012, but I will get her in a few days, I ordered her @ the german shop Figuya for 169,00 € 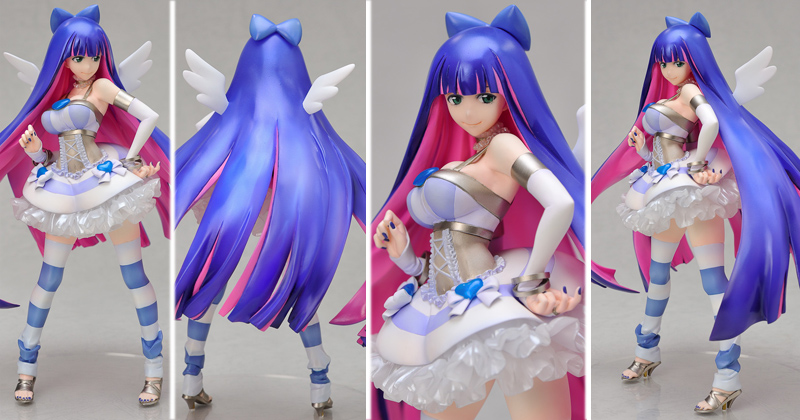 In the last preorder post Stocking already was on my Maybe Baby List, it rarely happens that I buy figures that are on this list, but her look was quite convincing. She reminded me of the time where I started collecting figures, where figures with a fancy outfit and design caught my interest.

Aside from the funny cursing I was no big fan of the Panty, Stocking and Garterbelt anime, but I liked Stocking and her look in transformation mode. ALTER did a great job with recreating her lovely dress also the voluminous pink-blue hair is lovely. I ordered this figure @ Big In Japan for 6,846 Yen and her release is scheduled for September 2012. 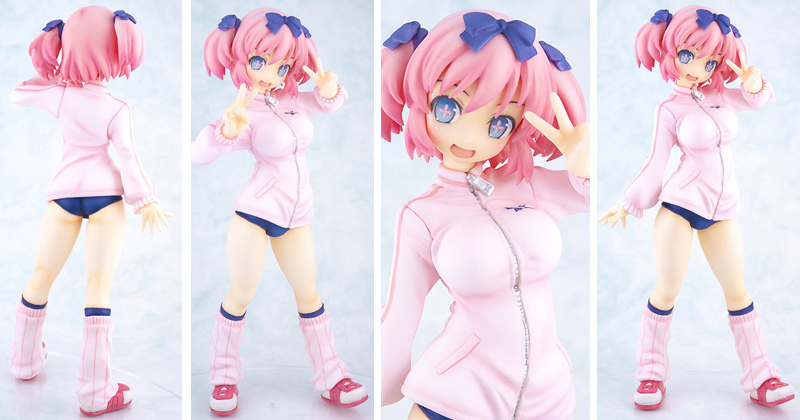 This cute and playful girl is Hibari, I don’t know much about her origin, the Nintendo 3DS Game Senran Kagura, but I really like the design of this character and this certain figure. Hibari’s face and hairstly are very cute and the jersey jacket in combination with the bloomers is kind of sexy. The figure will have an optional right arm in the final product.

It wasn’t long ago as the Garage Kit of this figure was announced, what you would have received would been unpainted resin pieces of course. I was quite surprised how fast Phat Company secured the rights to turn this GK into a mass produced PVC figure, I was also quite happy about this. It rarely happens that Garagekits are turned into PVC figures. The sculptor of Hibari was also in charge of this lovely GK of Nagi, which I’ve bought a few years ago (its still untouched)

I actually don’t have that much trust in Phat Company, but I hope they make a good figure of her nevertheless, the release is scheduled for October, I ordered Hibari @ AmiAmi for 5170 Yen. 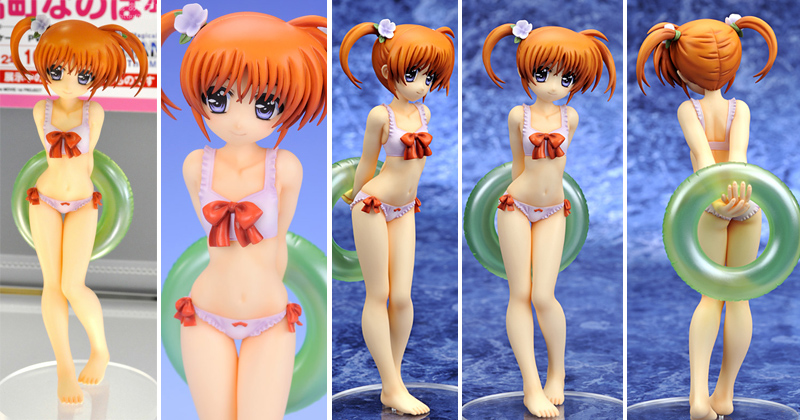 The prototype of this Nanoha figure was announced on the last Wonfes, the sheduled release date was announced quite early, but it took Ques q a little while until preorders for her were taken, I could have ordered the also very adorable 1/4 scaled bikini Nanoha figure from Gift, but I slightly prefer the smaller 1/7 scale and the more innocent looking bikini and facial expression.

Next to Sonico Im a big fan of the young Nanoha, but surprisingly this will be just my second figure of her. I ordered her @ AmiAmi for 5340 Yen and this Nanoha will be released in October. 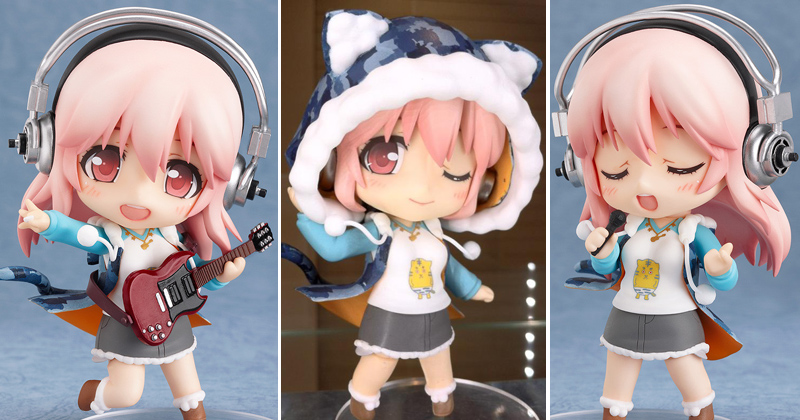 I remember saying that I would stop buying Nendoroids, since they break easily in my hands, but come on it’s Sonico. It’s actually strange that this Nendoroid wasn’t made earlier, regarding her popularity in the last year. With her Tiger Parka she is presented in the least revealing outfit to date, but I still like it with the hood she looks very adorable and there are some more items.

Anyway, this Nendoroid is an exclusive one and was ought to be sold in Japan only, at first you could only order her via a proxy, but a few days later GSC also offered her at their international online shop, but at that time I had already ordered her somewhere else, because I couldn’t wait.
I ordered her for 4680 Yen @ Tokyohunter, the release is also shedulded for October 2012.

– Figures I’m interested in, but not sure about the purchase at the moment. 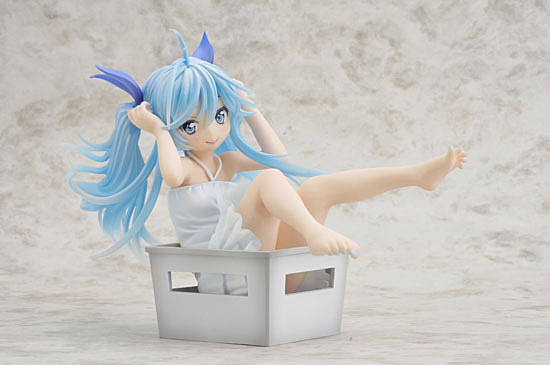 This is actually my favorite Erio figure to date I don’t know about the reputation or quality of CM, but I really like the design, face and pose of this Erio. She will also have a cast off option. 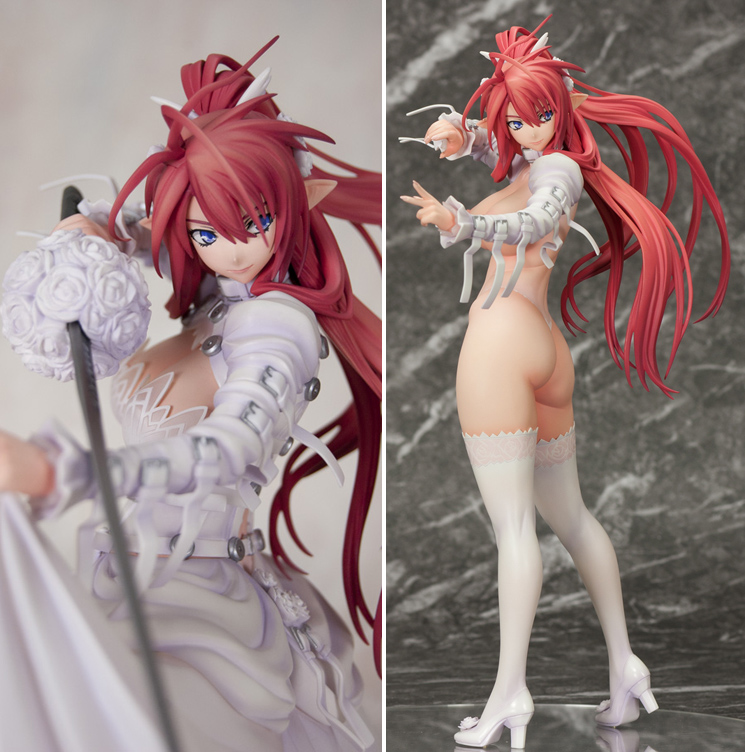 Orchid Seed always needs some time from grey prototype until the figure can be preordered, this Ignis is a good example for that. I actually haven’t followed the development of Ignis, but I kind of like how she turned out, she has a wonderful white dress and the red air adds a nice contrast. 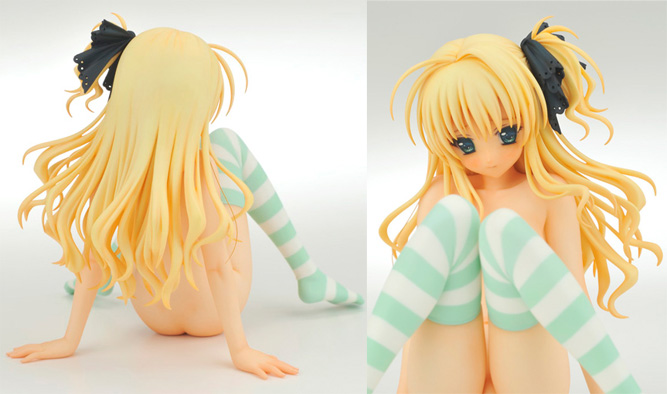 I have a few problems with her, she’s a limited and exclusive figure, a garage kit, no panties, cost more than 14000Yen and she’s very cute XD Ok, I will probably pass on her because of the price. 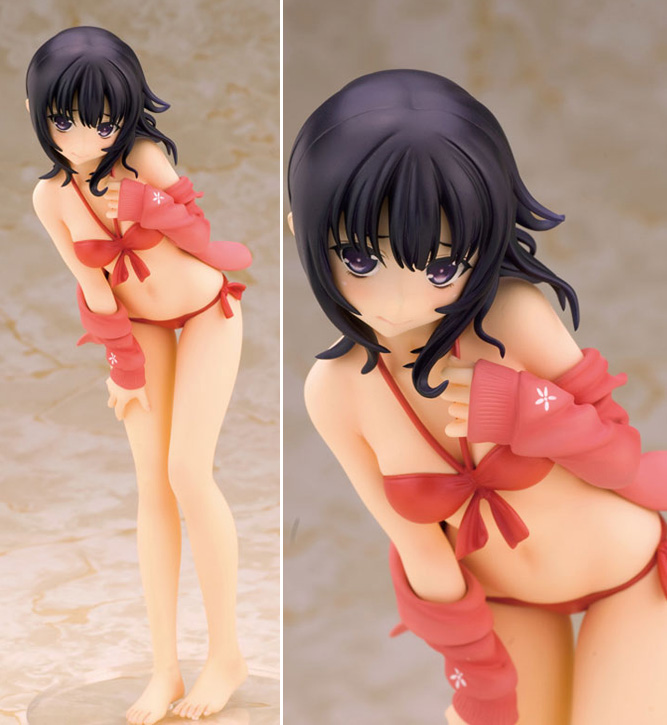 Personally I think it’s an enchanting adaption of Yozora’s character in a cute swimsuit, I kind of like her overall appearance with the adorable face and pose. Maybe I get her after the release. 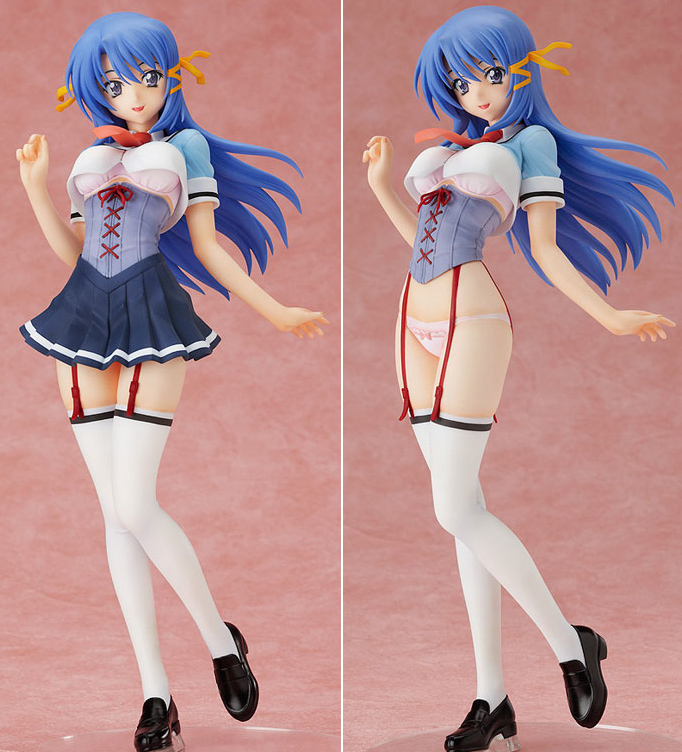 Izumi has a very cute appearance and an attractive body. Unfortunately the short shirt is a strange looking part of her outfit, too bad it isn’t castoffable like the skirt. But she’s still cute. 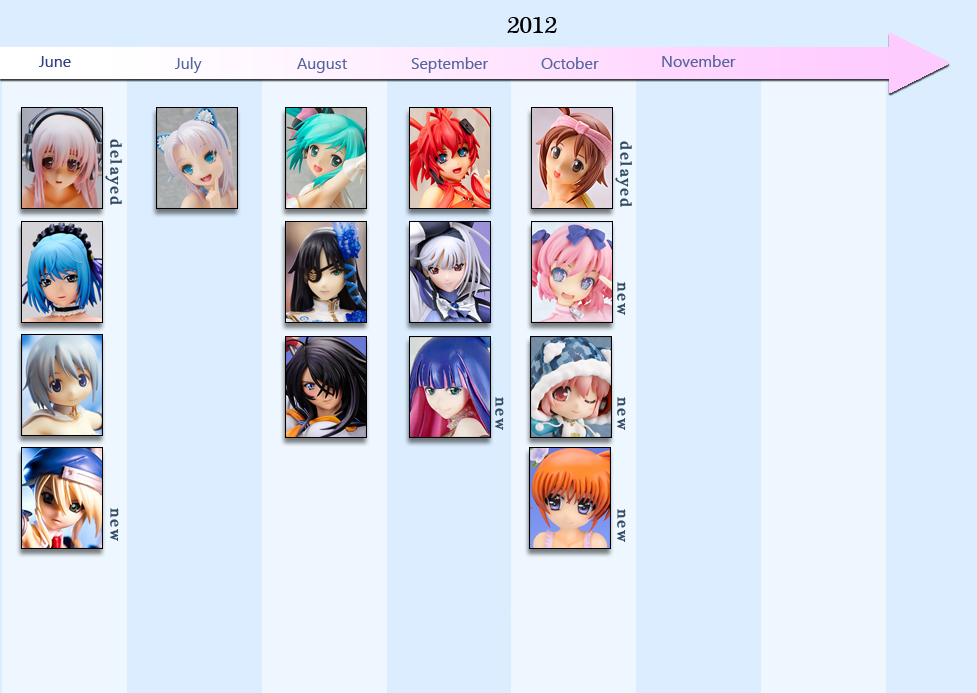