In general I never take part in Blogsphere events, cause Im lazy, but I liked this certain idea.

Each person is supposed to follow the rule of fives.

In short you answer the 5 questions that you received and then you write and answer your own 5 Questions and sent them to up to 5 bloggers.

The deadline is nearly over now, but I will at least present my answers and questions.

Here are the victims for my little interrogation: ‏Miette, Exilehero, Persocom and Hoshiko

To the people who have been tagged by me:  if you have the time it would be nice to answer the questions in the comments, due to the upcoming deadline, you don’t have to make a blog post on your blog and don’t feel pressured, there is no need to rush.

Now here are my answers to Hoshiko’s questions

1. What or who inspired you to start your blog?

Well, I started my blog some years after I came to the figure collecting hobby. In the first place I was searching for Gunpla turorials, then I stopped at the early blog version of Danny Choo and saw these lovely PVC figures. Afterwards I was more interested in the figure collecting hobby and found blogs like Happy Soda, Tentacle Armada and Visualfanfare draw me closer to figure review blogs, at first I was manly enchanted by their fantastic figure pictures, but also liked their reviews about them. I was very interested in trying figurine photography for myself. I actually planned to just present figure pictures on my blog, but soon I decided to use these pictures for writing reviews. I want to give people an impression about newly released figure. Maybe my reviews can also be of help for people who are unsure about a certain figure purchase.

2. What is your favorite anime/manga series that was released in the last two years?

But Kore wa Zombie Desu ka? was my favorite anime franchise in these last few years. I loved the unusual yet very likeable apartment-sharing community with their entertaining and sometimes slice of life like adventures, the not very serious horror setting was also one of my favorite part of the anime. The comedy also hit the right spots for me, the fanservice also was quite pleasing, overall a good combination that makes it my personal favorite among other shows.

Oh wait Bakemonogatari ended in June 2010, so of course this show is my favorite anime of this time, I loved it for the unique presentation and unusual way of storytelling. There where a lot of lively long dialogs between it’s characters. and Araragi was a competent, cool and handsome main character. I actually liked every minute of this anime. The characters, the music and the setting which centered around supernatural phenomenons.

3. What is your favorite OP or ED song from the Summer Anime 2012 series?

In terms of OP I guess it is the Tari Tari Opening song “Dreamer” by AiRI that I like the most in this season. It emits a lot of positive energy and teenager spirit. It’s not part of the question, but close after that I would choose the first one from Hyouka “Yasashisa no Riyuu” by Choucho.

Ok that’s easier now, I like the 1st Ending song from Rinne no Lagrange Season 2 “Jersey-Bu Tamashi!” by Kaori Ishihara, Asami Seto and Ai Kayano at lot. It has a light and fresh melody and the rap sequence of the girls is just too cute. It’s a positive Ending song that puts me in a good mood.

4. Which anime do you think deserves a second season? If possible, please explain why.

Kannagi of course, the first season was really nice, I really liked the setting and all these likeable and unique characters. It was a bit unfortunate that the author of the  manga got sick around the time the anime aired and put her work on hiatus. The author is now healthy again and I would love to see more volumes and chapters of the very good manga to be adapted in a 2nd season. 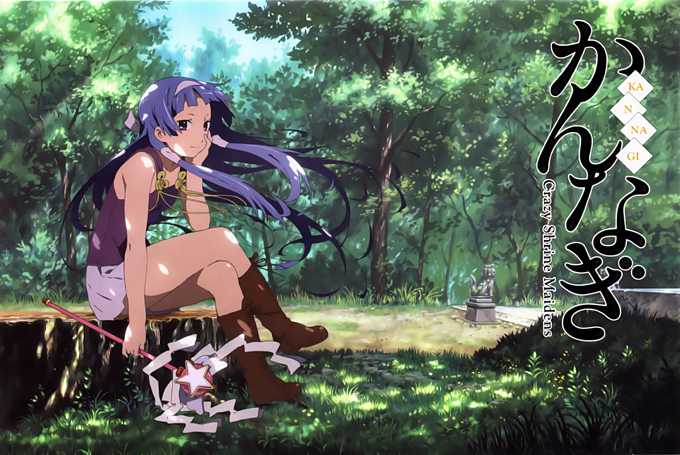 5. If there’s anything you can change about the anime/manga/figure industry, what would it be?

I would like that anime companies would care more about the western market by inserting english subtitles to their DVD/BD releases, a few companies already do this, but it’s still an exception.

What annoys me in the figure hobby is that most figures are sold out before the release date. Either you order the figure early enough or you won’t get it anymore. Another thing I would to change is to stop this exaggerated hype about figures from Good Smile Company sure their products have a very good quality and I also own figures from them, but it’s not like they always make godlike proucts without flaws. I will probably make no new friends with this answer XD

My Questions you have to answer

How do you choose the anime you watch?

In a pretty lame way, I choose the titles where I like the cover. I did this since I started watching anime, it has always been like this and never changed. Well, I also pick older anime or shows I’ve ignored before when fellow bloggers write good things about it, or when their covers catch my attention when Im browsing through MyAnimeList.net.

Which anime cliche annoys you the most or which one do you like the most?

I dislike when characters die or stay in the hospital and it is just said “He or she had a weak body since birth”. Being weak at birth doesn’t mean you have to be ill forever, man you Japaneses should do something about your health system.

Another thing I dislike when watching anime is, when a bunch of girls go into a hot spring and one girls picks another girl with bigger boobs and shouts “woah! you have big boobs!.” Well, I have nothing against girls talking about boob sizes, but such scenes always feel forced and silly.

Where you ever caught during an embarrassing scene while watching anime?

Haha yeah indeed, one day my dad stepped into my room as the Lucky Star episode started with it’s hyperactive opening song at a little higher volume. His face expression was priceless. Ok, it was a bit embarrassing in this moment, but I laughed quite hard and so it turned into a very amusing memory.

Is there a certain character from a certain scene in an anime/manga you would like to be adapted into a figure?

In episode 2 of Magical Pokaan, Pachira one of the main characters was sporting a wine red trench coat  with a cardbox hat. I really liked this outfit with Pachira inside, isn’t she lovely ^^ 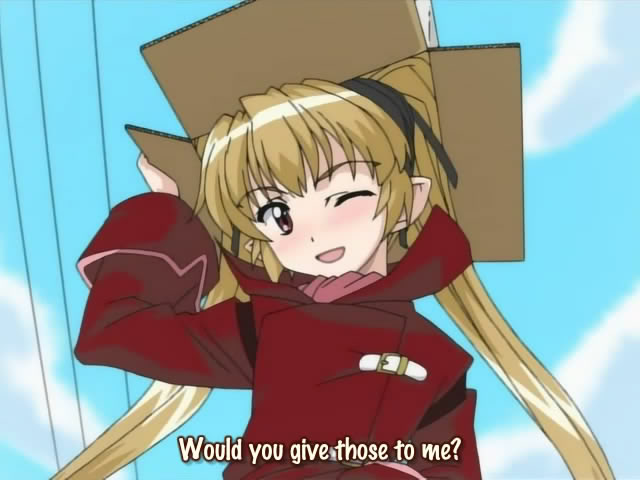 In your opinion, what are the advantages and disadvantages of anime compared to western media?

I lost the connection to western series in the last few years, the only shows I’ve enjoyed were Bones, Lost, Heroes and the last one was being Erica. In most shows that I watched in the last few years, the story at the start was be very good and promising , but after season after season a show loses it’s appeal. Most anime rarely get more than three seasons, so even though you badly want the story to go on it’s probably better to let it end before you grow tired of it.

Character development is also a point, sure Us shows have character development, but never to that extent like anime. The visual presentation is also a thing I prefer in anime, its easier to create really awesome scenes in an anime than in a common shows where the effects have to look more convincing. And I really like the cute and nice look of 2D characters, Im getting weak when it comes to moe characters. Also fanservice is a thing I really like about anime, not many real actresses would like to be involved in that kind of skin revealing scenes, because it would be bad for her career when she wants to get more serious roles in the future, too bad. I think real life  “kyahh!” screams would be hilarious. An advantage of real shows is that they are around 50% longer than the average anime episode ^^ I might sound pretty biased towards western media, but at least I like some good Movies like Iron Man, the new batman or other cool titles.

Done! Done before the deadline. I did it at last.

Even if you hadn’t been chosen by me to answer the questions, I would also like to hear your answers, so if you feel like it, feel free to answer one or more questions.