Today I’ll present you a review of one of my most awaited figures in this year, this Kan’u Unchou.
It’s actually my first figure from this manufacturer and also my very first Ikki Tousen figure.

The Ikki Tousen Xtreme Xecutor version of Kan’u Unchou was manufactured by Daiki Kougyou, the figure was announced nine months ago and the release occured on November 16th 2012.
The figure of Kan’u is scaled 1/6 and has a good height of 28 cm (32 cm with her spear weapon). 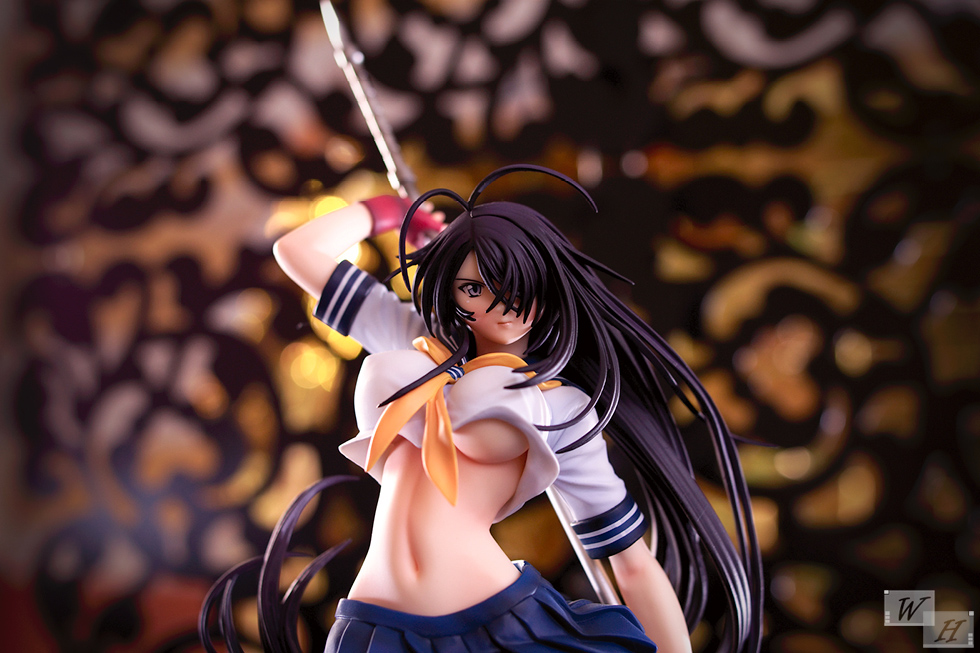 I ordered her for 11920 Yen at Ami Ami, SAL shipping turned out cheaper than expected.

Her origin is the anime adaption of Ikki Tousen, the show is loosely based on the events and characters from the “Romance of the three kingdoms”, where modern Japan sees a similar struggle for power between different rival schools with the three strongest leaders. There are many healthy female Warriors who are involved into a lot of fights and battle damaged clothes.

I started to like the anime, after I’ve watched all three seasons that were available at that time at once. After the terrible first season from J.C. Staff, Arms continued the franchise in a better way, Dragon Destiny was a lot better and Great Guardians would be my favorite of these three.

Compared to the manga the anime is a bit different and it’s a pity that each season so far was only 12-13 episodes long, but overall it is a very entertaining show for me with appealing character designs. I especially like the characters from Seito and Nanyu and their interactions.

Kan’u is from Seito Academy, together with Chouhi, Koumei and Chou’un she is protecting her leader Ryuubi Gentoku, who is actually more into reading books than fighting and the school.

Kan’u is actually no lesbian, but she has strong romantic feelings torwards her leader Ryuubi.

With Special A Toushi Rank, Kan’u is one of the strongest and skilled fighters in Ikki Tousen. 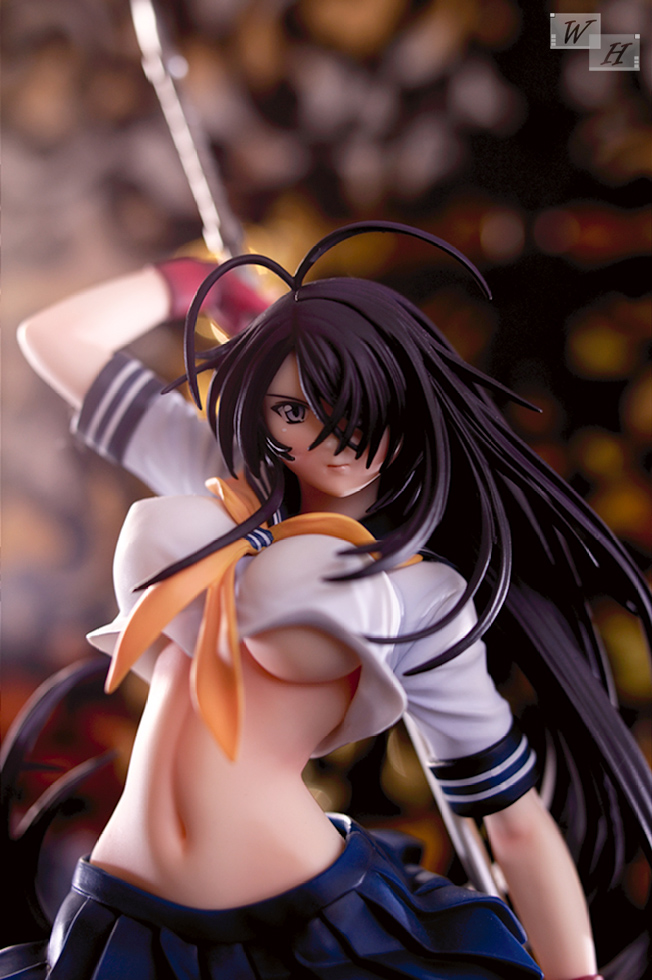 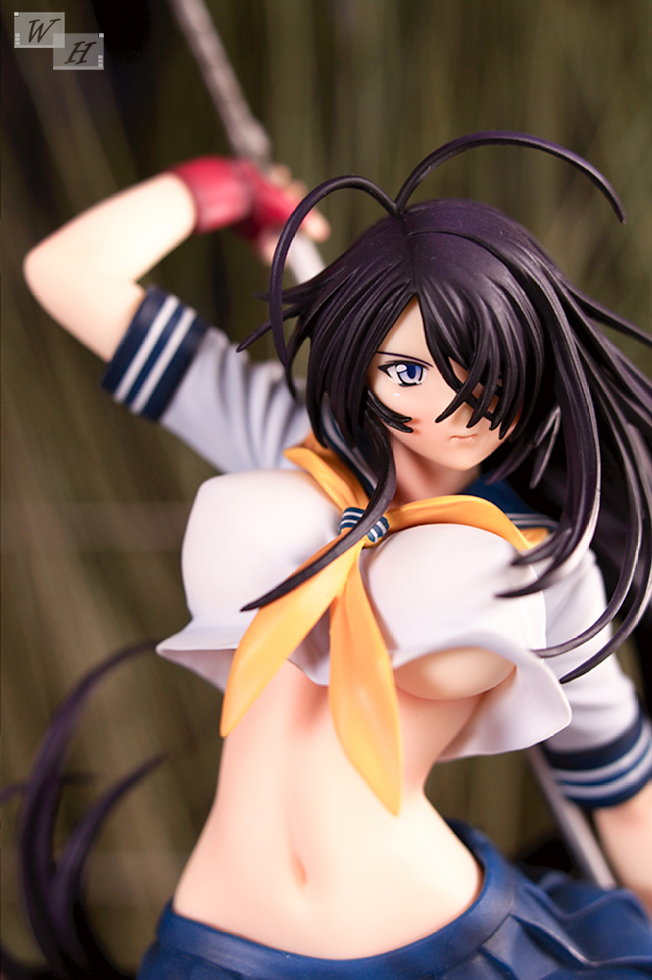 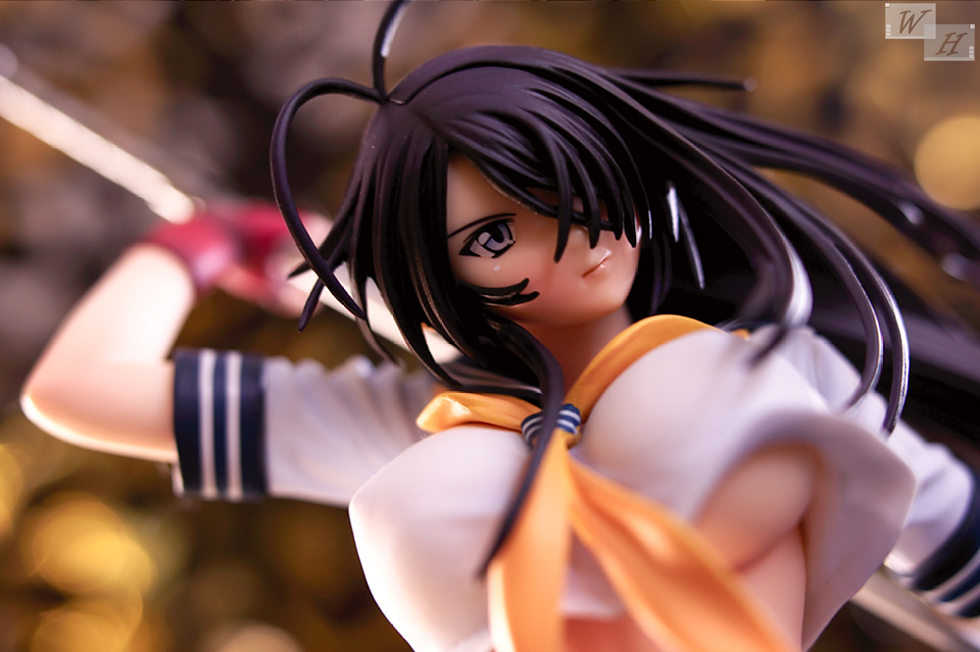 Kanu’u is a pretty girl with very long dark aubergine-colored hair with some lighter shading, the sculpting of it was done in a rather dynamic way even at the back it looks very nice. Her hair is showing many single strands all around, one of her eyes is hidden by a bang. At the back of her hair there is a metallic colored pipe like hairclip that holds everything together at the end.

A part I really like about the figure is the pretty face which shows an convincing expression, that is full angry determination and pride. In general I stay away from figures with in my eyes, too serious facial expression, but I like how Kan’u looks in this figure adaption. The slanted eye(s) captures the attractive style from the anime very well and lets the figure appear very lively.

Her mouth also looks very good, both lips are nicely sculpted and add a lot facial detail to the figure, the slightly rosy cheeks are another little but nice detail of her face. 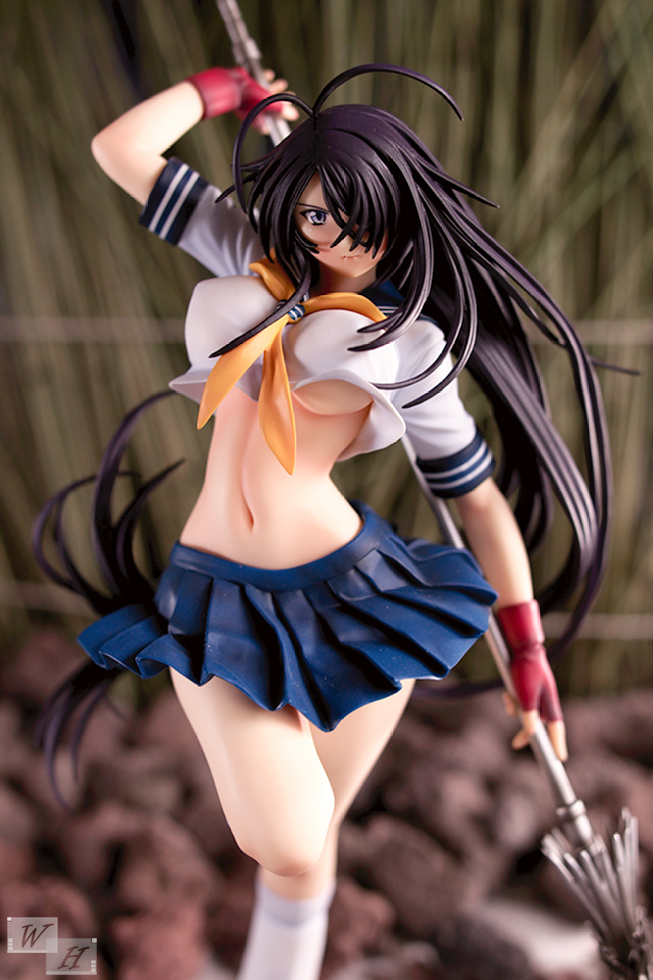 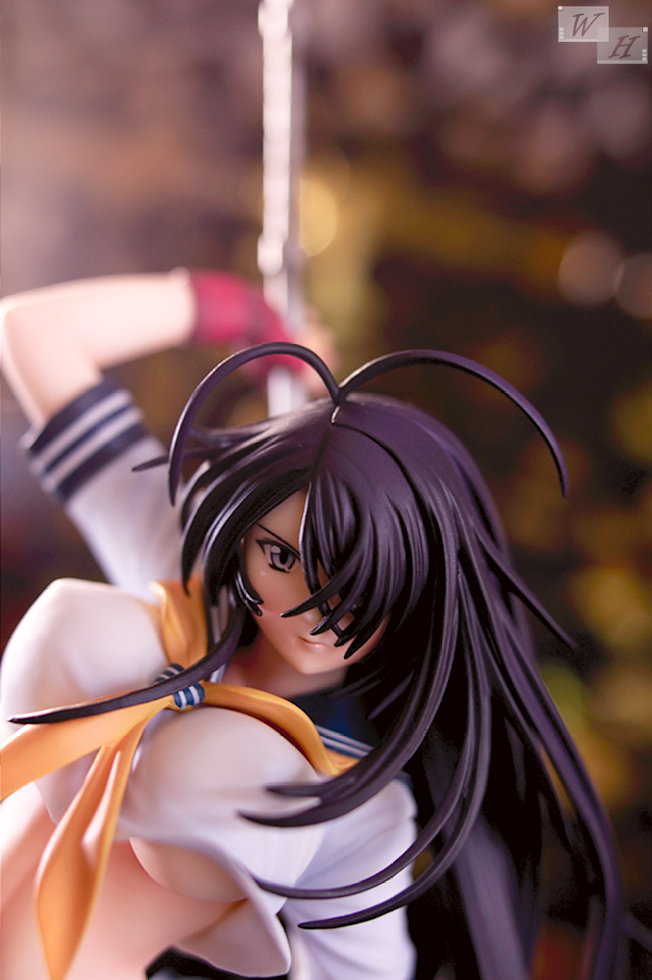 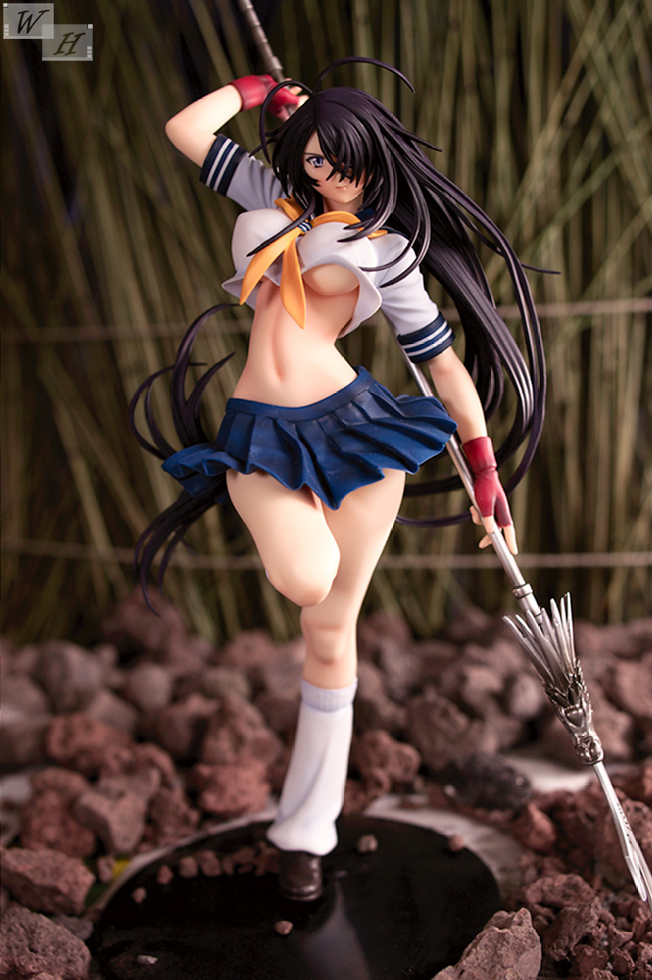 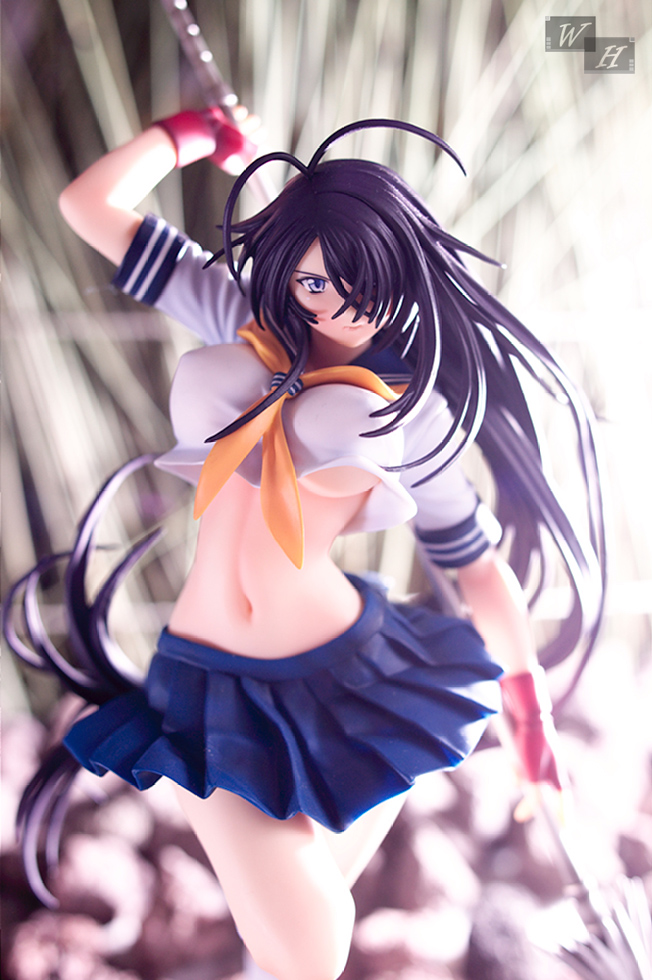 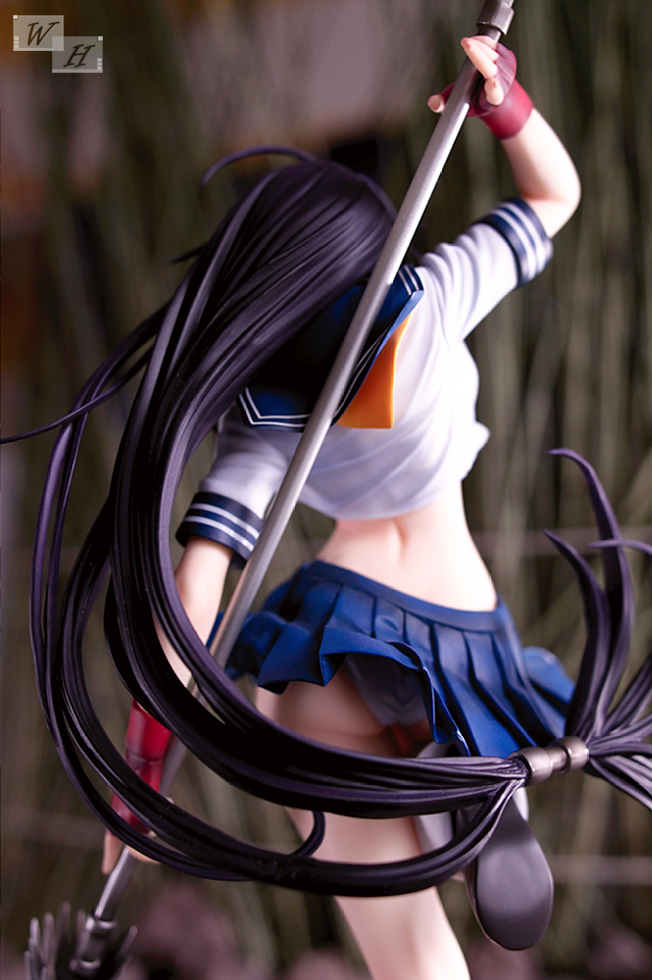 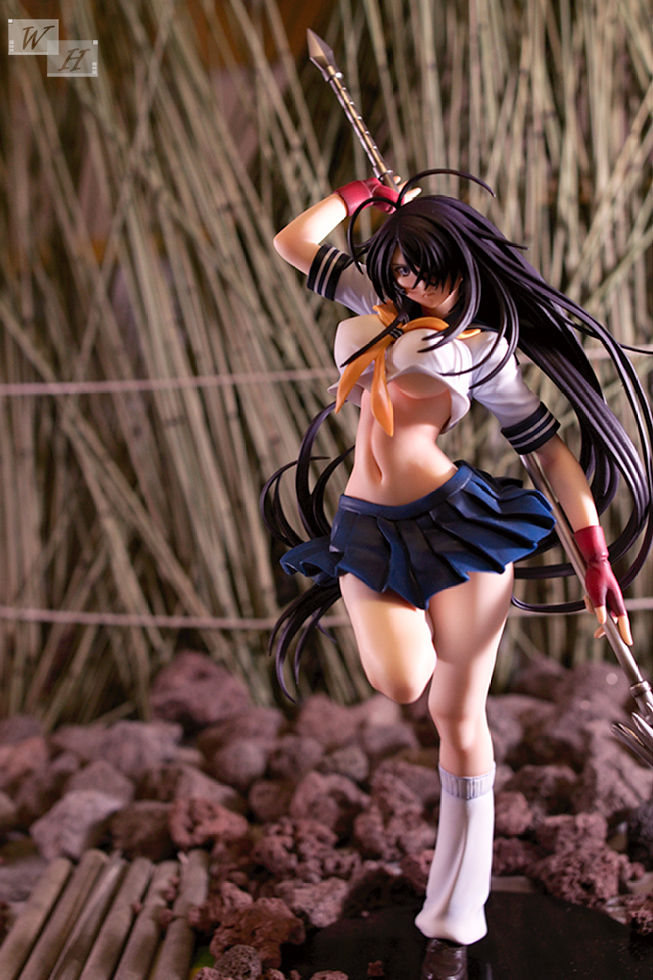 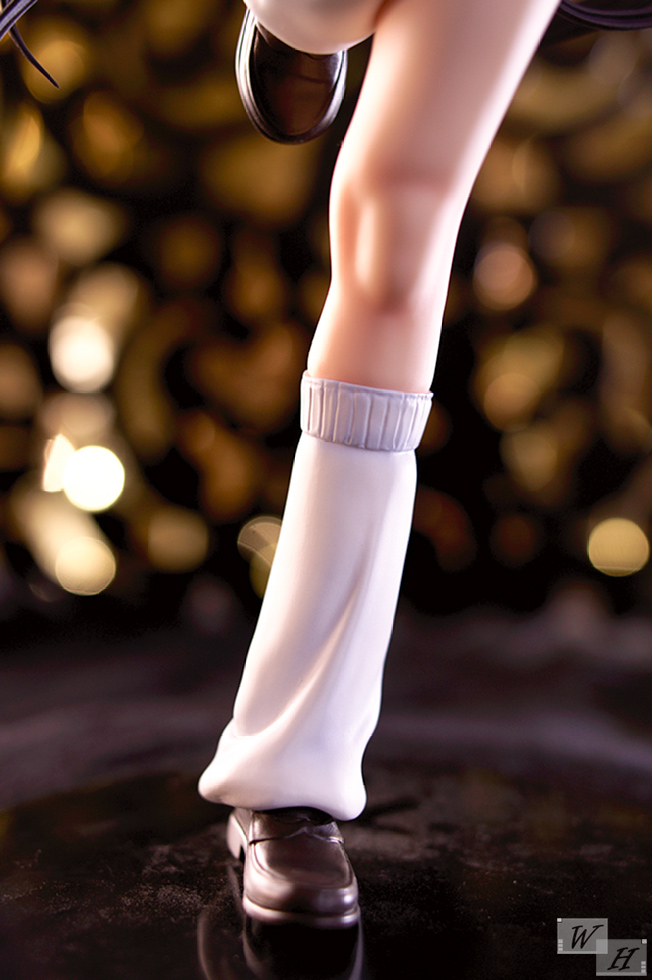 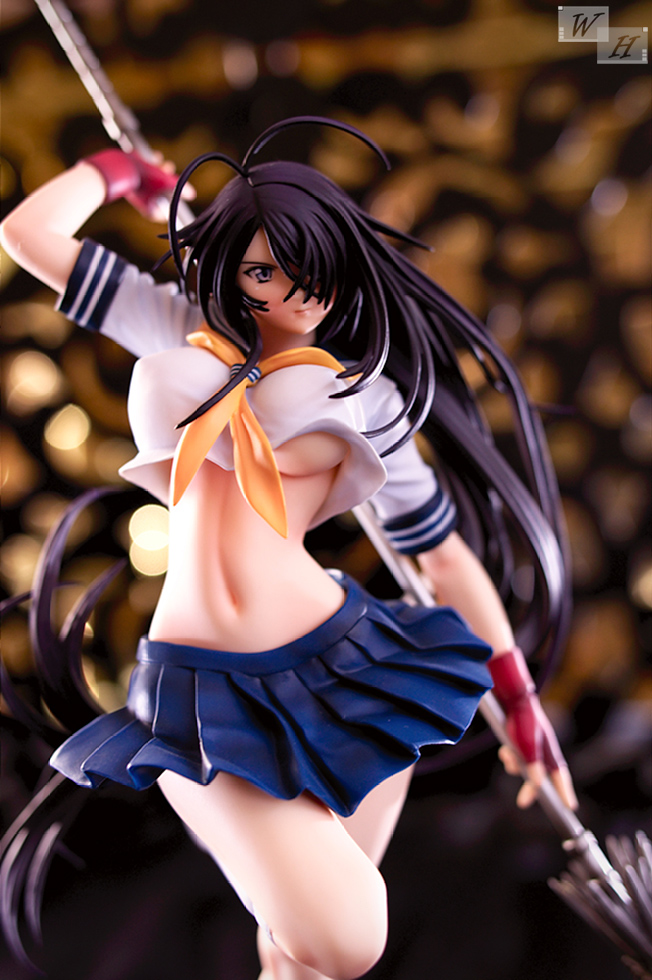 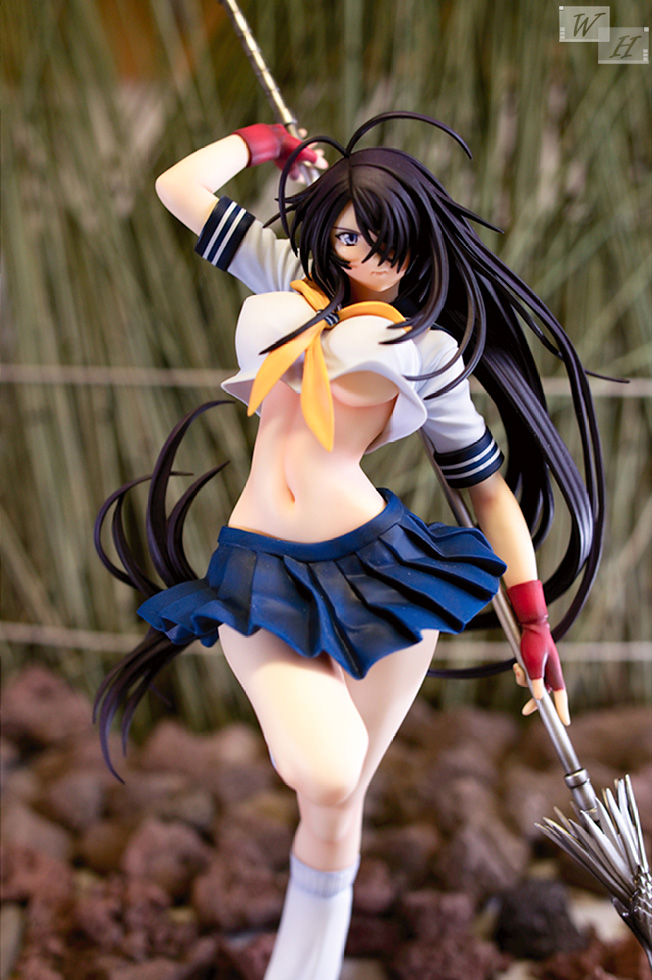 Kan’u Unchou is a 19 year old girl, with the three sizes 96 – 60 – 91. Her height of 1,72 m makes her taller than your average Japanese women. I really like how sexy this figure is, the subtle muscular limbs show her well toned body, yet Kan’u looks still very feminine and curvy.

Her big round boobs are really nice in my opinion, they have an appealing shape and some underboob appeal is implemented, it might appear a bit odd that her boobs point upwards, but it can be justified with her dynamic fighting pose and some overflowing Chi, I don’t really mind.
Aside from that the body of Kan’u offers a nice belly as well as nice hips and meaty thighs.

The schools in Ikki Tousen were always lawless areas, I actually never saw a teacher or student council there and therefore nobody cares about the modified length of her shirt. Aside from this little modification Kan’u wears the Seito typical sailor uniform, a white short sleeved shirt with blue stripes, a blue skirt, loose socks and school model shoes. The sculpting of both, shirt and skirt looks very elaborate, detailed wrinkles and shading give her dress a nearly lifelike appearance.

The skirt comes off at the side and high cut panties are revealed. With her boobs so nice, round, ripe and bouncy it’s quite a shame that the shirt won’t come of on Moeyo it was shown that the figure can be forcefully castoff, but I think she was actually too expensive to make such a stunt. 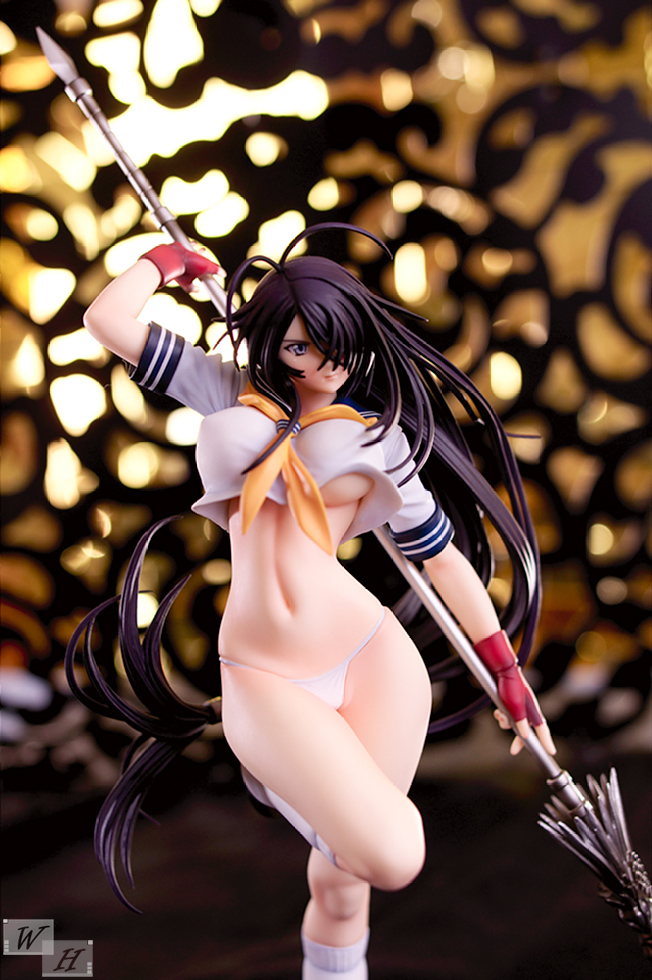 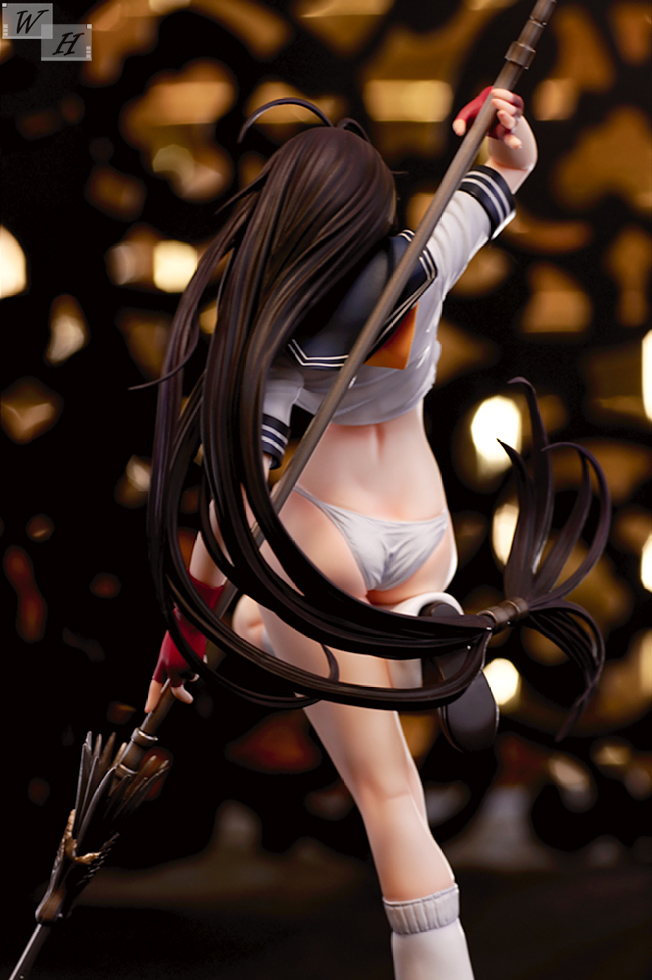 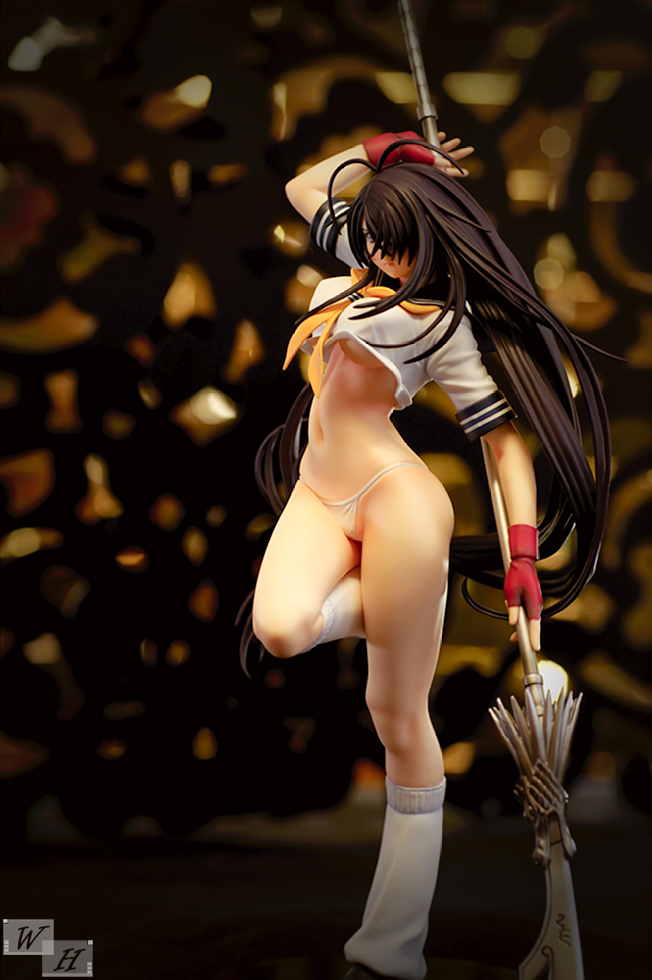 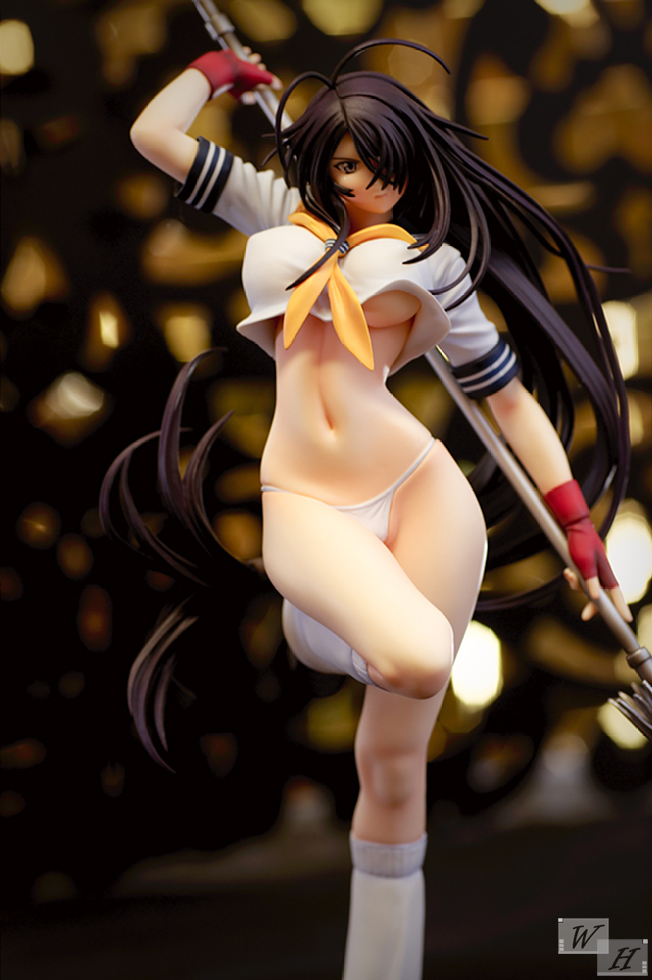 As weapon Kan’u is wielding her “Blue Dragon Crescent Blade” Spear, it has a nice metallic like color with some shading. The spears has to be pushed (not pressed) it into her left hand, with the right technique it is a do-able task and once in place it’s stays firm and looks cool. 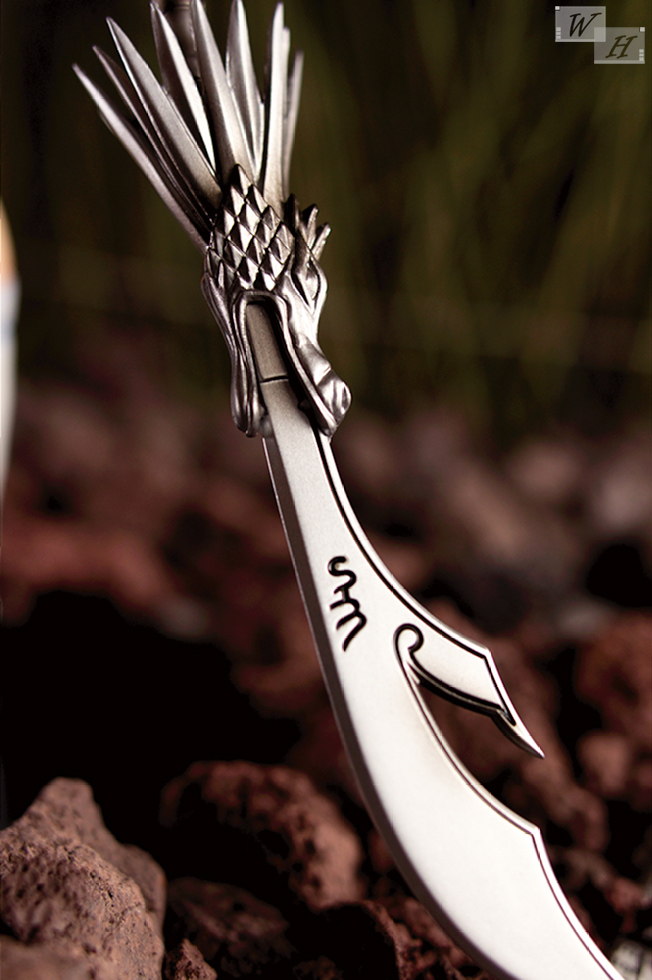 A more major letdown is actually the base, I already expected that I wouldn’t get the wooden disk from the promo shots, but a plain black disk with a cheap plastic shine is underwhelming for such a high quality figure. The figure is supported via two pegs, unfortunately the small peg broke during the shooting, from two other owners of her I heard of the same problem, maybe Daiki should have used sturdier material. Anyway the bigger peg is enough to keep the figure in place. 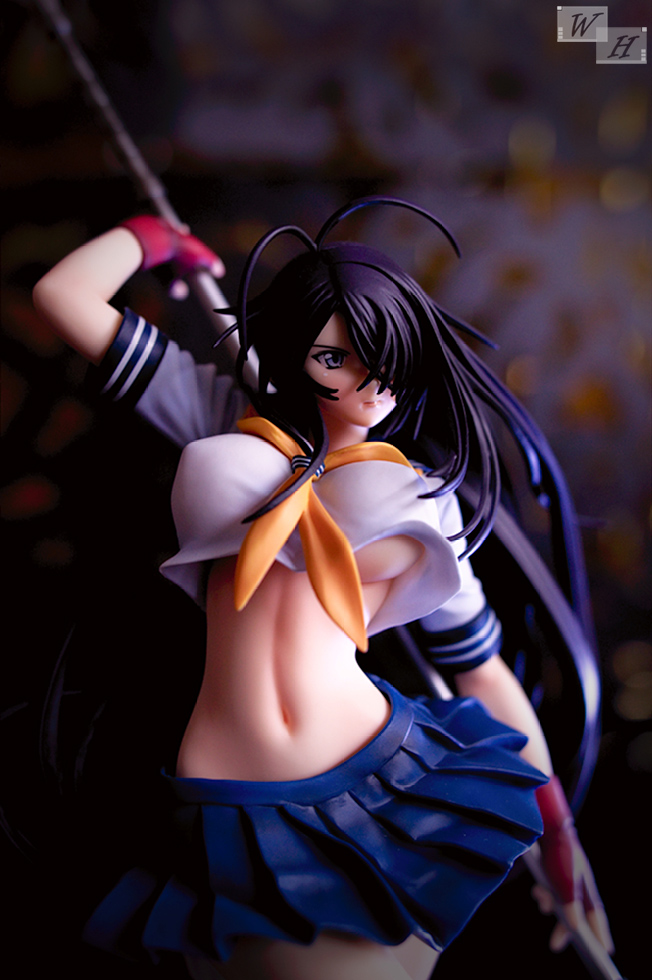 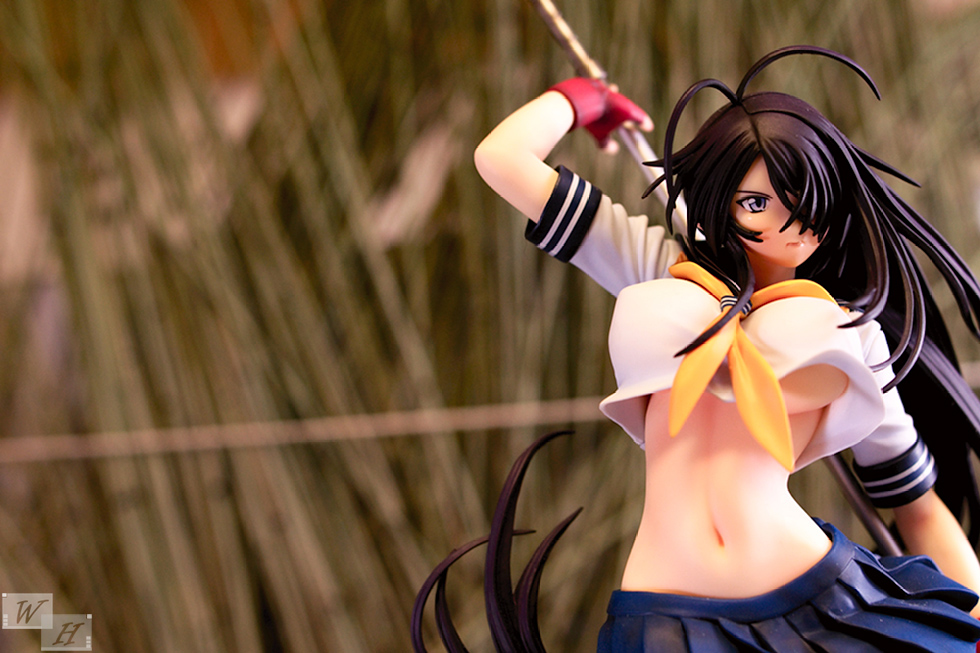 Im very satisfied with this figure of Kan’u Unchou, she turned out like the promo shots implied (except the base). My image of Kan’u was recreated very well and even though she isn’t my favorite Ikki Tousen character, I’m totally happy about my decision of ordering this figure.

She has a very powerful, sexy and proud appearance and the quality is also very good, painting and sculpting are well executed, Daiki Kougyou left a very convincing impression with their
Kan’u Unchou – Xtreme Xecutor figure. It’s a nice feeling when a figure turned out as expected.

Another review can be  found at Tentacle Armada 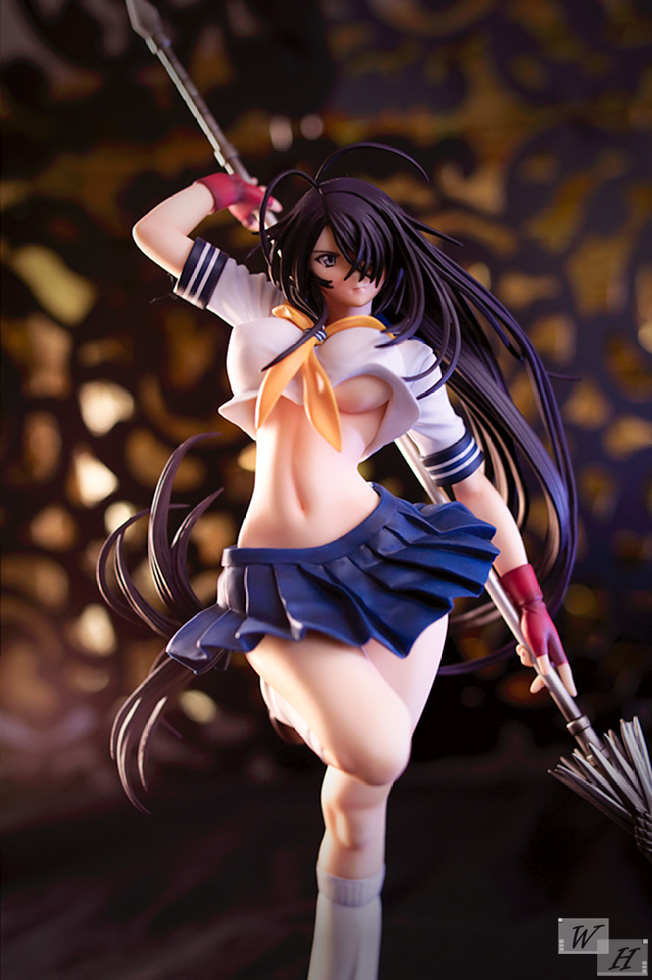 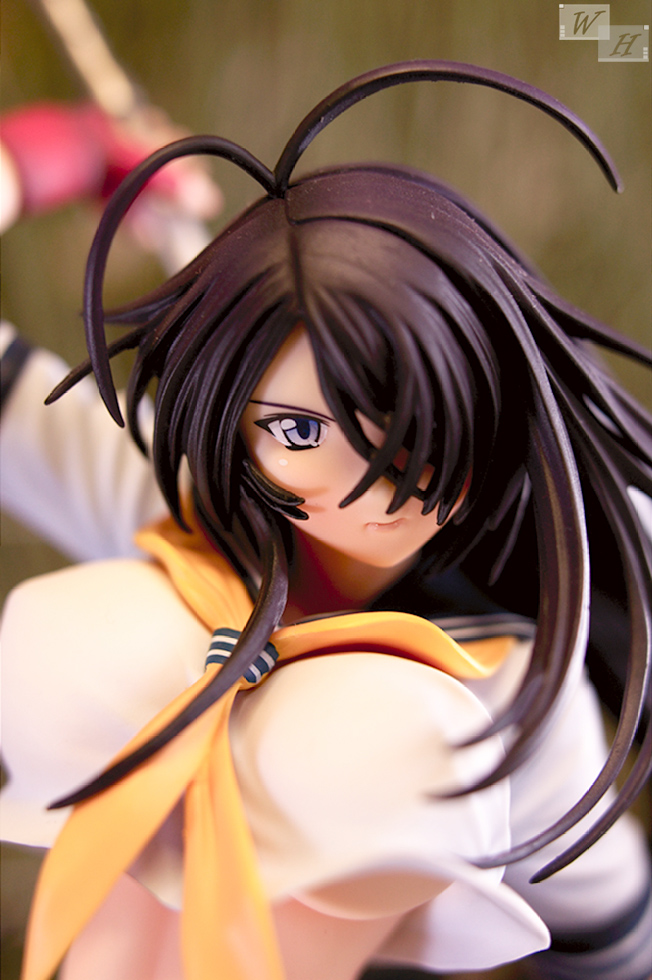 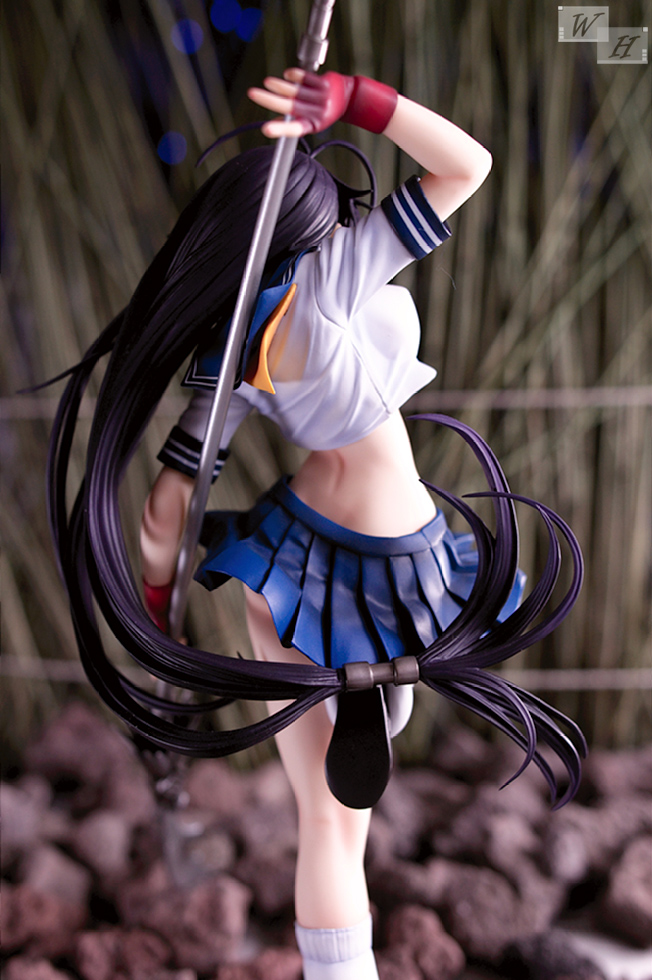 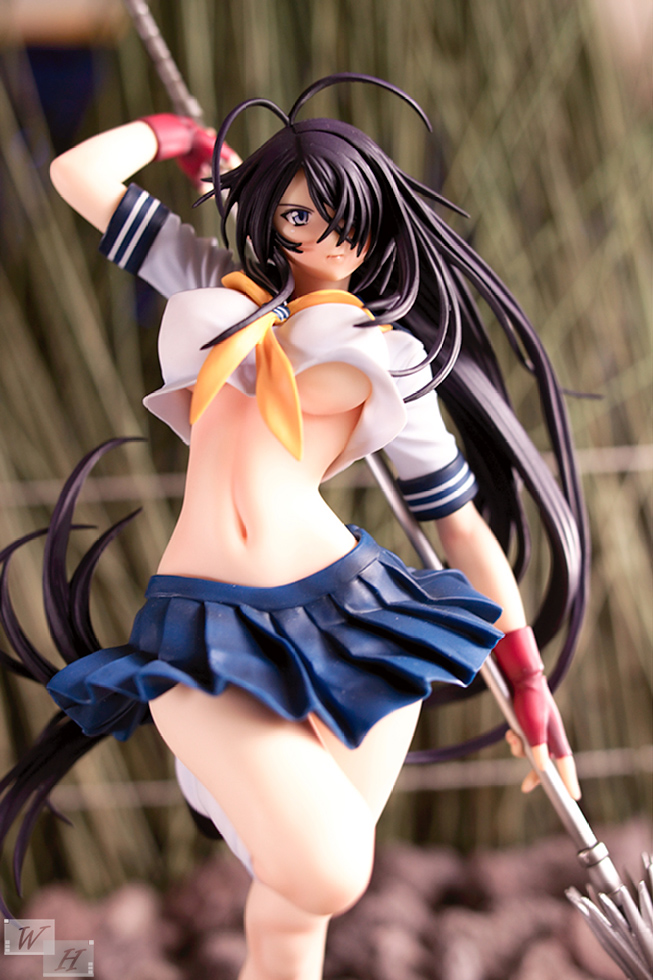 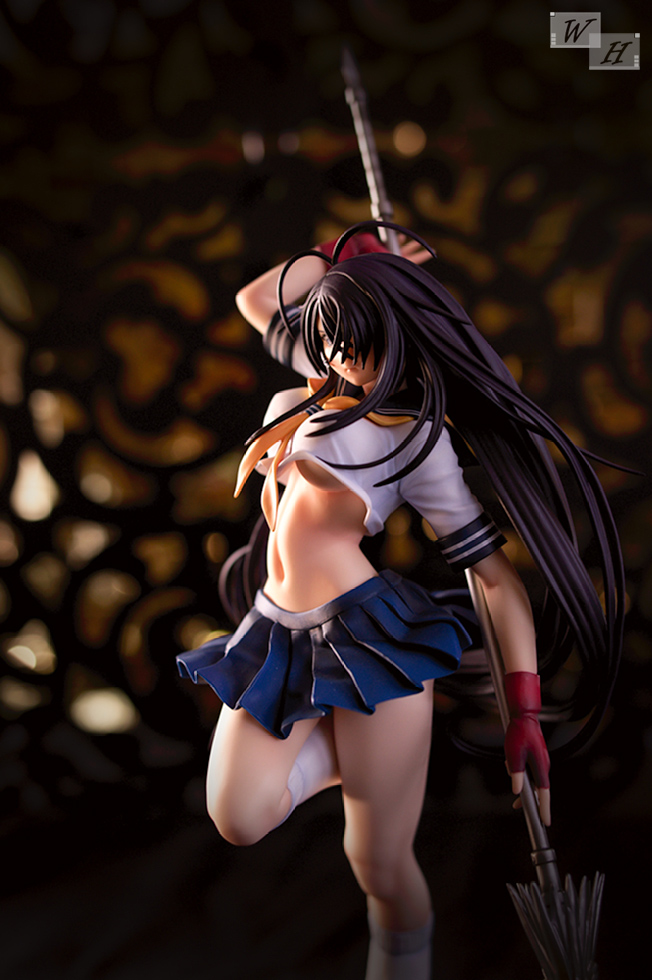 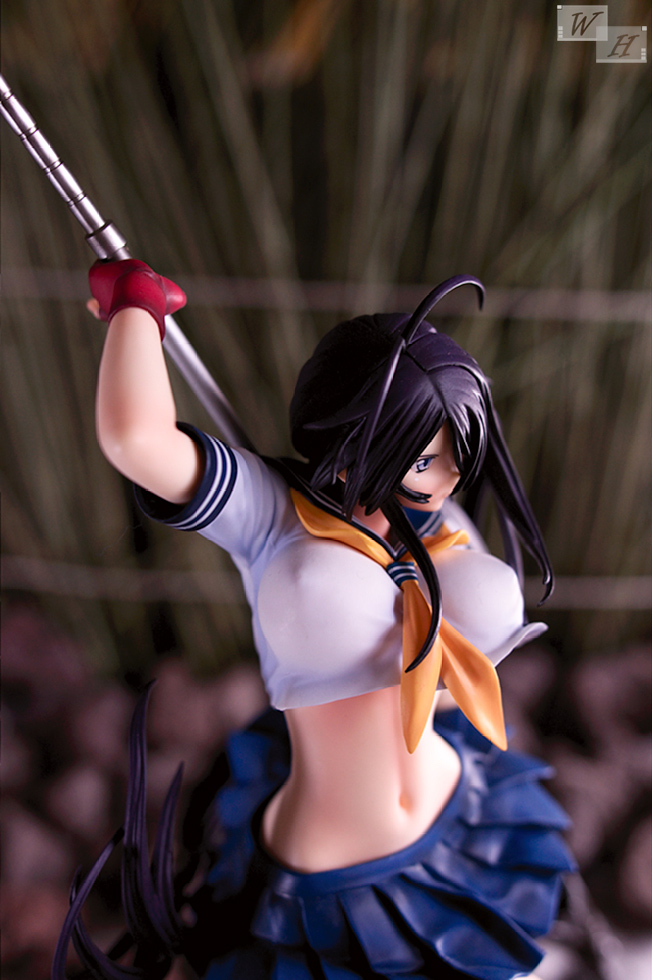 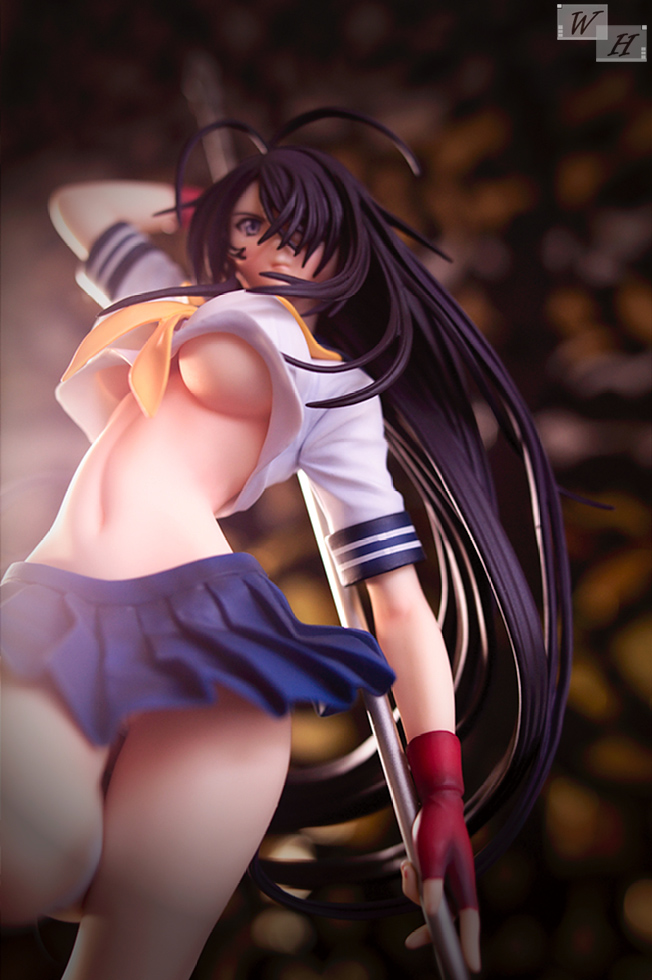 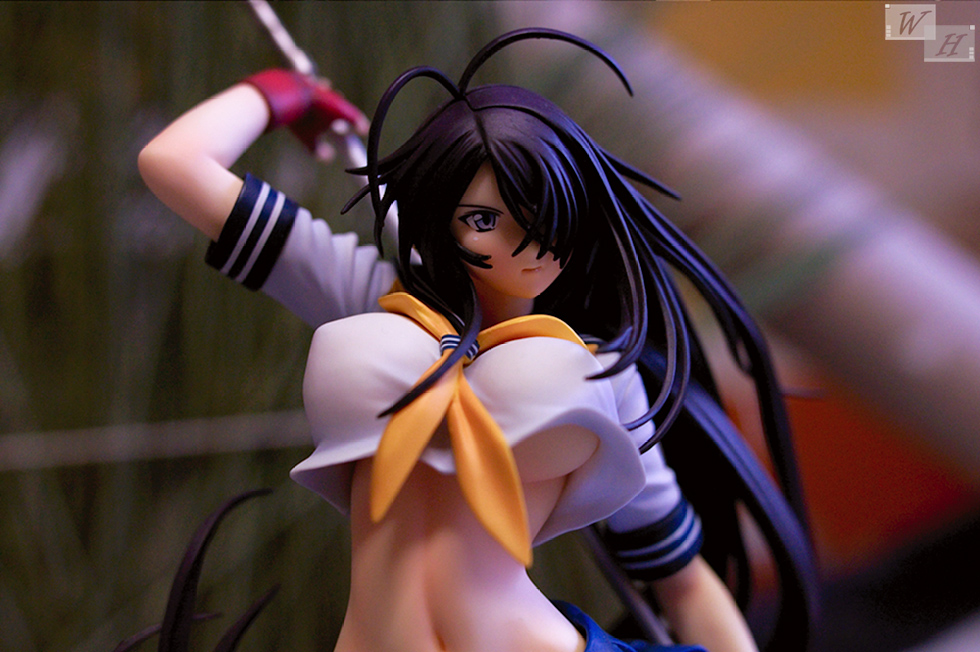