Time for a new anime review this time it’s about the recently ended show called Eureka Seven AO. I actually planned to write a positively toned review of this anime, since it was decent most of the time, but the last two episodes made this impossible after all. First some introductional words.

Im a huge fan of the prequel Eureka Seven, which had everything a good shounen adventure should have; an epic storyline, great supporting and main characters, epic battles and a cute first love romance and to top it all, an more than impressive, unforgettable OST was also part of it.

I already watched it three times and also bought both DVD Boxes and both OST Soundtracks.

As I heard about a sequel of my beloved show, I was very happy, but at the same time I also thought that it would be quite challenging to come up with something as epic as Eureka Seven.

The story of Eureka Seven AO starts on the Island of Okinawa, where our main character Fukai, AO lives together with an old doctor, who took care of him after his mother disappeared. Okinawa aims for autonomy and so the inhabitants are suspicious about any person from outside. Ao is mainly shunned in the community of the Island, but he has cute childhood friend called Naru.

Obviously Eureka Seven AO plays in another dimension, here are also Scub Corals (huge coral like lifeforms) who emerge Trapar which is kinda hazard to the human body. Another new force appears in this dimension, the Secrets which are of unknown origin. Their goal is to destroy the Scub Coral, but they are also a threat to humanity with the destruction their attacks are causing. 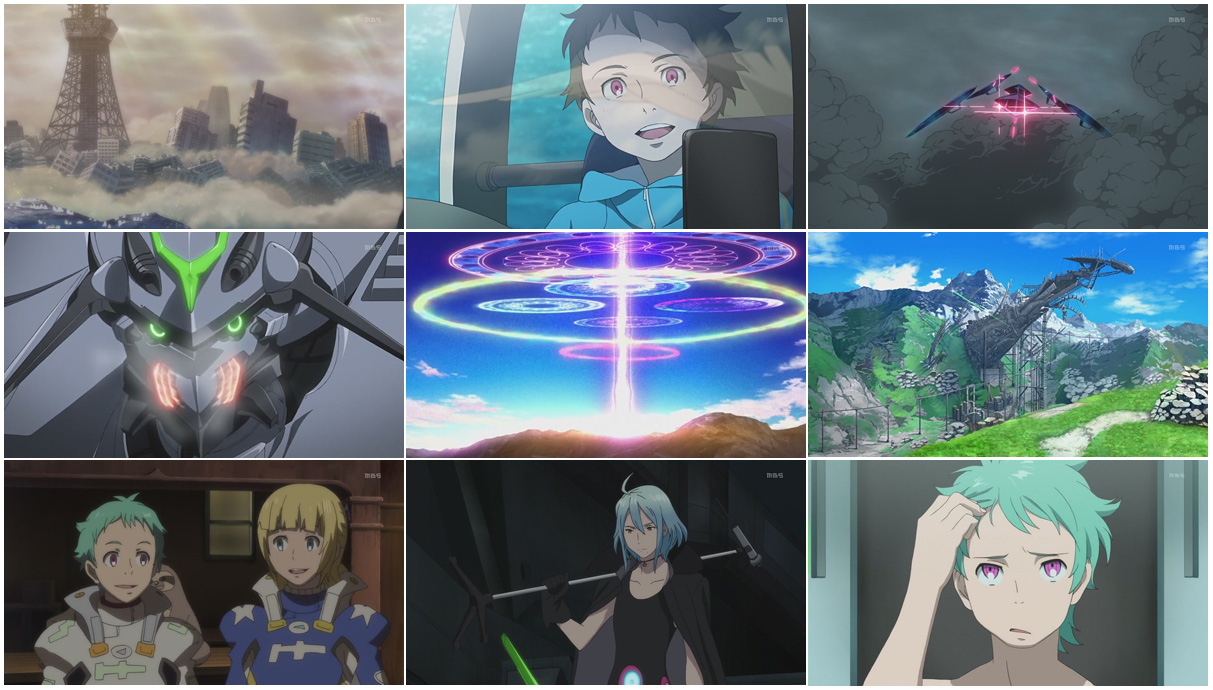 The private organization Generation Blue takes care of dismantling the Scub Corals to prevent the massive attacks of arriving Secrets. In order to achieve that, they excavate the cubes called quartz, which are inside the Scub Corals. After an incident on Okinawa, Ao joins the organization as member of the mecha pilot team Pied Piper. His comrades are the 16 year old Fleur and the 15 year old Elena. Elena and Ao have a quite good relationship, while Elena… well she’s Elena.

Eureka Seven AO wanted to create a complex political framework, there are many different parties with different goals that they want to be achieved; Okinawa, Japan, China, USA, Generation Blue, Scub Corals and Secrets. One really could loose track while watching this anime on a weekly basis. I found it quite hard to follow with the many plot twist, time and dimensional travel and fast pace.

Out of good will and in hope to get more info out of the story, I watched the whole anime for a second time, where it actually made more sense to me and offered more entertainment while being marathoned, but it still feels chaotic and halfheartedly done at some points

possible spoilers time from here on…

Soon a true villain appears, an invincible creature called Truth, mhhh what did he actually want, ah yes being evil and changing the world were his goals. The main problem that Eureka Seven AO suffers from is relatively weak character development, between all these story twists the characters are changing their positions and purposes too fast. 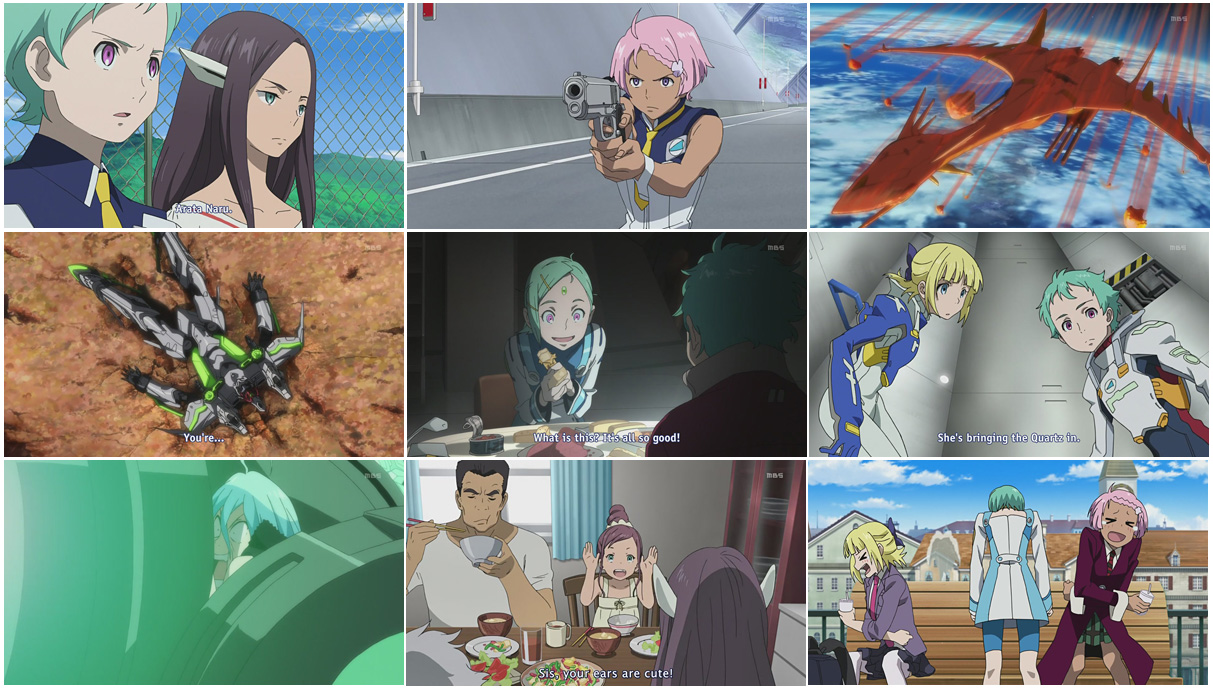 The weakly developed characters lead to the next problem, lifefless character interactions and relationships. I rarely sensed real team spirit between Ao, Fleur and Elena or Ao and Naru.

Only the OVA “Jungfrau no Hanabanatachi” manages to portray some very convincing moments of interaction and a nearly friendship like scenes between Ao and his comrades.
There really should have been more character centered episodes in this anime, the viewer just learns a little more than the absolutely necessary about each character, even AO as main character stays plain most of the time. Elena as mysterious, energetic, weirdo otaku is the most interesting character, not because she has more depth compared to the others, but she is fun. 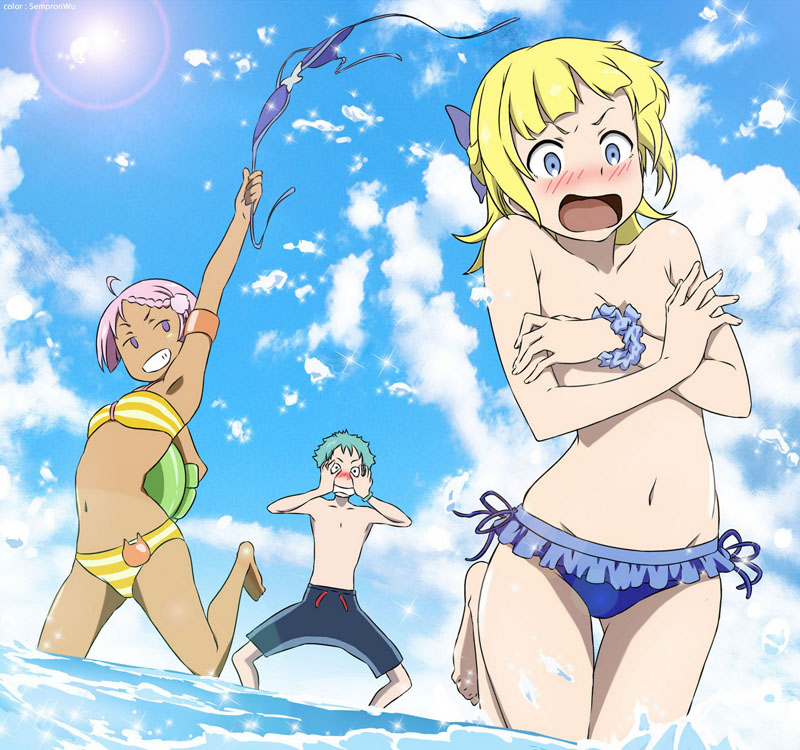 As kind of service for fans of the old Eureka Seven there were some guest appearances of machines and old characters. The audience was quite enchanted by the few appearances of Eureka from the predecessor anime. In this sequel she turned out as the mother of AO.
The appearance of a grown up Renton in episode 22 was one of my personal highlights.
I actually have the opinion that it had been more interesting to give more screentime to Renton and Eureka instead of lame AO. Don’t get me wrong he is a good boy, but really boring.

Now I will talk about the things that turned Eureka Seven AO into so such an unsatisfying show. 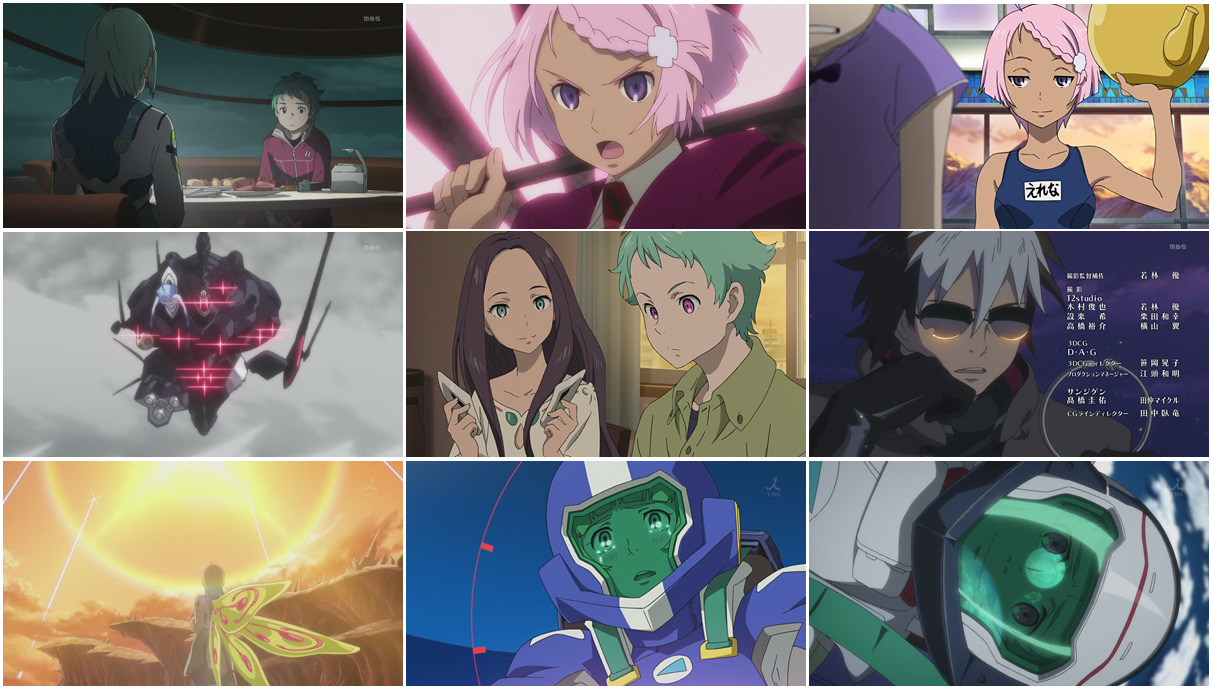 After episode 22 the anime took a break, probably to finish the last two remaining episodes. Wrapping up the plot and all the subplots in only two episodes already appeared quite optimistic, but it turned out worse than I could have ever imagined. They literally pulled off a new rushed story arc in the last 1 3/4 episodes that rendered all the episodes and characters before useless.

They used a dimension altering device in the story to conclude this anime and get rid of the unanswered questions and subplots, that’s so lame that I can’t put it into words how angry I was. I can’t believe that the same director as for the old Eureka Seven was in charge of Eureka Seven AO, as well. It makes me wonder why this show turned into such an half baked sequel. 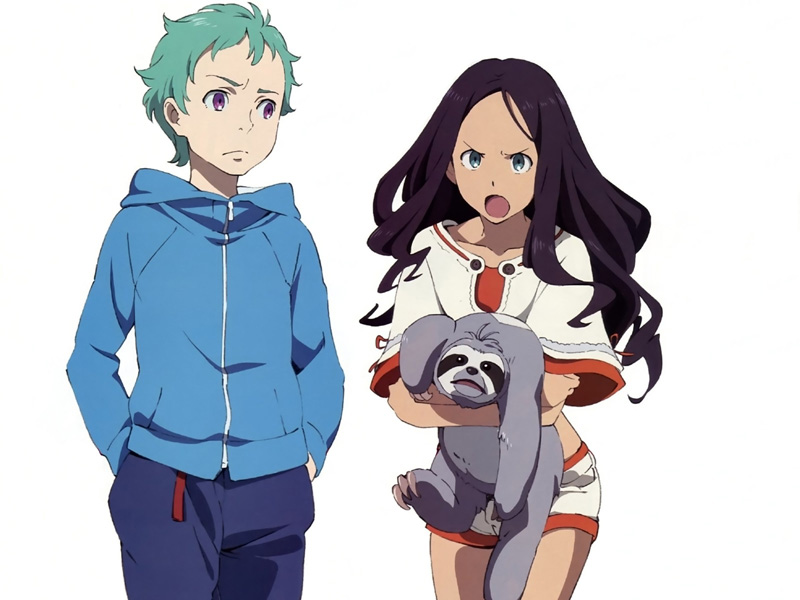 It makes no sense at all to build such a complex story when you don’t have an idea how to end it in a satisfying way. There actually are a few nice ideas and good looking action scenes in this anime, but overall it is not enough too reduce my disappointment after the last episode. They should have kept it more simple without including present day politics stuff or cleared everything in a less rushed manner in 20 more episodes. After J.C. Staff already drove Shakugan no Shana III against the wall this year, Bones followed them with Eureka Seven Ao, that could have been a great show, if the plot had been planned more thoughtful with the spirit of it’s predecessor.

Fans of the predecessor won’t like like Eureka Seven Ao cause it’s storytelling quality is not even close to it. In case you like uncountable plot twists in exchange for weakly portrayed characters you could give this a try, but honestly I can’t recommend anyone to watch this strange show.

I rather would recommend to watch the Original Eureka Seven it’s a fantastic anime.

Have you watched this show? or did you have a better opinion of Eureka Seven AO ?