Hi, today I will show you a new “oldie” figure about the Suzumiya Haruhi – Gekisou Version.

I recently bought this figure from Ami Ami’s Pre owned items branch for around 8000 Yen.
It already became a regular habit for me to check for new offers and figure prices there, except the figure is really rare the prices are more than fair, you can get items you always wanted.

To be honest I mainly ordered this Haruhi figure, because she was quite popular in the past and had a significant price drop recently, which might be a bad reason for a figure purchase.

The Haruhi Suzumiya – Gekisou Version was manufactured by Max Factory in April 2009.
This version is scaled 1/8 and has a a height of 210 mm. The origin of this figure is this certain illustration where the SOS Brigade is playing rockband. The figure was part of a figure lineup, next to Haruhi there have been  Gekisou Versions of Yuki Nagato and Mikuru Asahina. 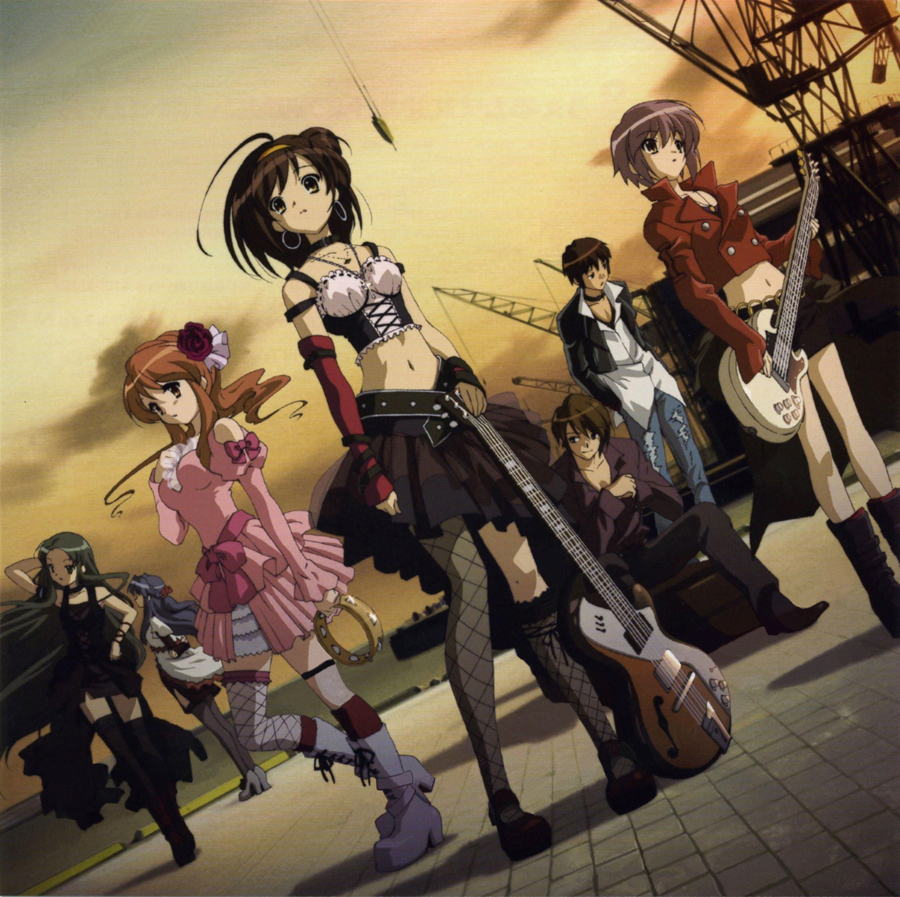 It is kinda scary to see rare, high price figures getting cheaper, especially when considering the worth of ones own collection. It nearly seams as if figures have a certain price life span, first they are available for the retail price, then they are sold out which leads to rising prices for several years and in the end the prices get quite low, Im wondering if prices will rise again in the future.

Considering for how much money private sellers sell their figures compared to places like Mandarake is hilarious. Lets take this Haruhi as example, I got my Haruhi for 106 € with shipping and customs included and there are private sellers that are selling this figure for 170$ and more.

On the one hand Im quite happy that I can get rare figures for affordable prices, but from another point of view I dislike how these shops kill the aftermarket prices, it somehow changes the figure from a piece of art to disposable plastic merchandise, what I as collector don’t like.

Haruhi’s hair is sculpted closely to the illustration, it has many strands and a spiky design, the long Ahoge and the rest of the hair is made of relative flexible material. The hair has a soft look and looks nice with the natural brown color and the subtle applied darker shading .

On her simple but well sculpted face, Haruhi shows an extreme cheerful and energetic face expression. Her eyes are very detailed and capture Haruhi’s radiating energy in a very good way. There are figures with open mouths that look convincing and there are figures that look silly with it, I have say it this Haruhi tends more towards the latter. Not from all angles, though. 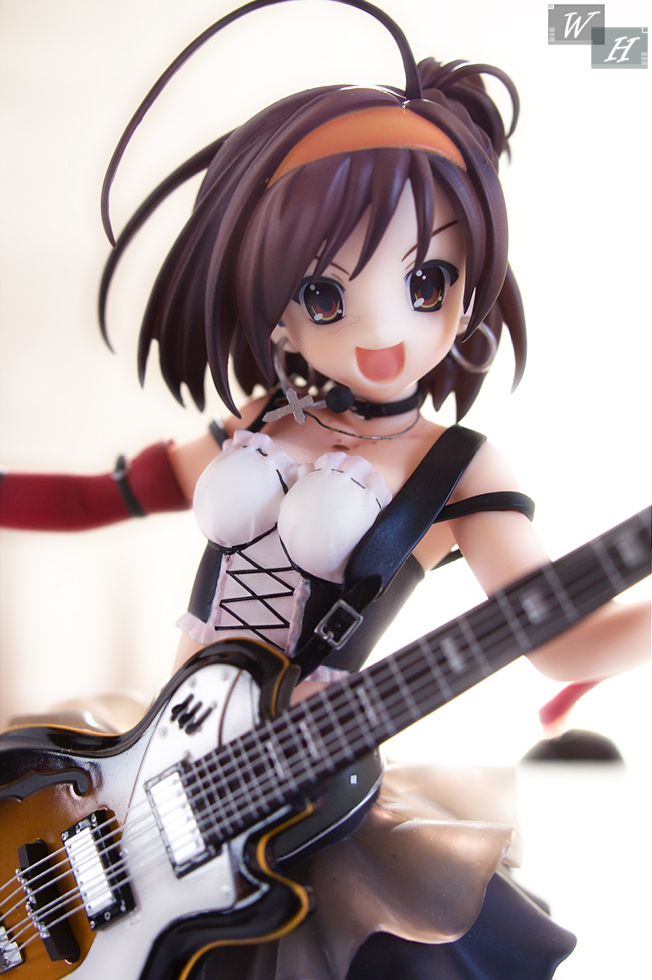 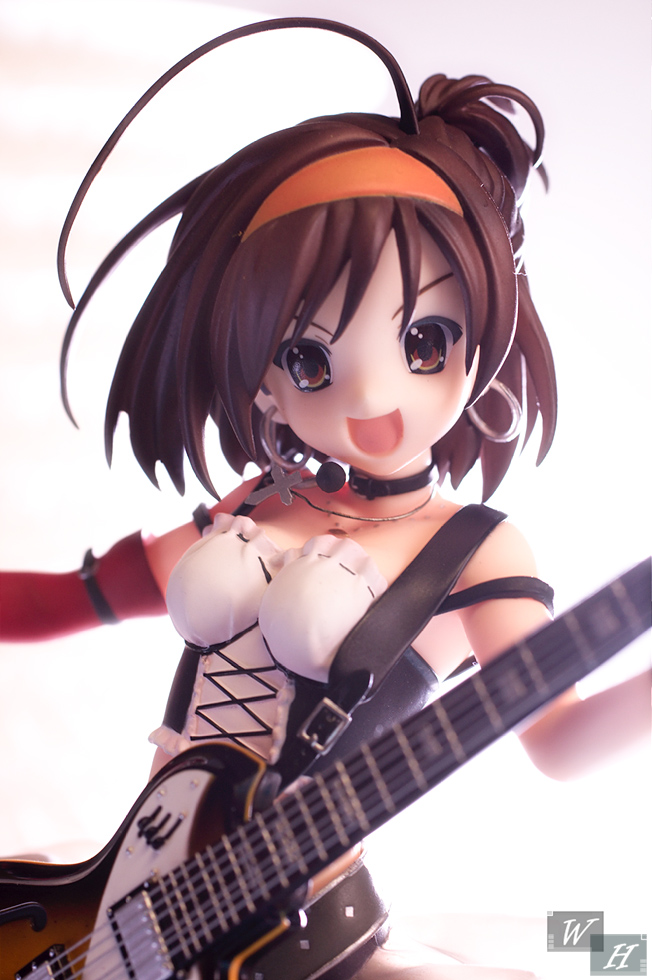 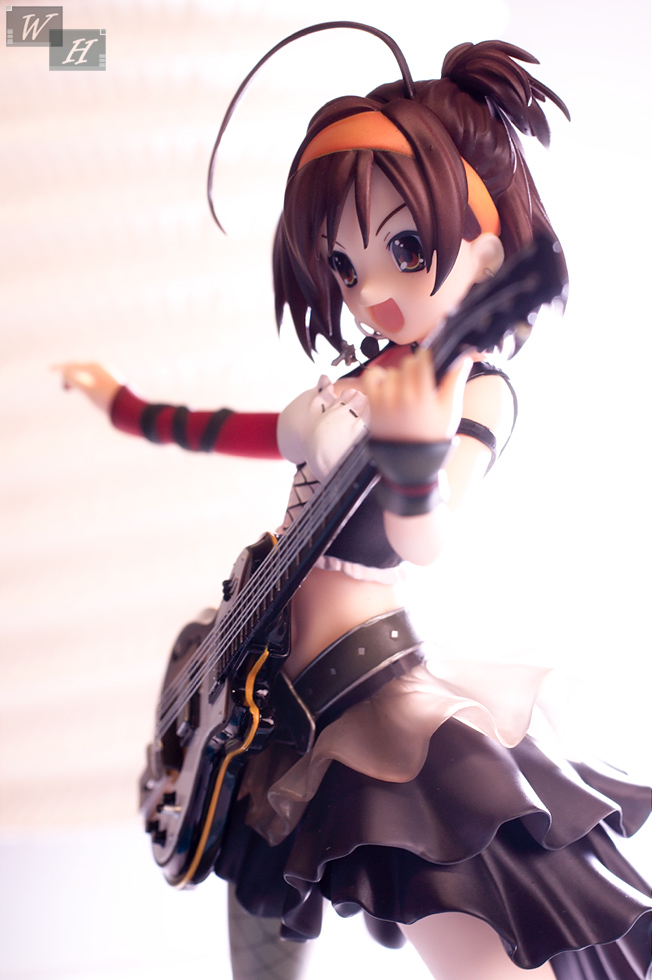 This Suzumiya Haruhi figure  has a more cartoon look compared to her anime counterpart, everything about her has soft edges. Overall she has a slightly petite body, she seems to be of normal height and has a good balance of upper body and legs. Haruhi shows some skin in this figure adaption, her top is short and exposes her shoulders, collarbones and the belly, she also is a little busty :D. This figure also has thin arms and tiny fingers, a little too short in my opinion.

Her nice legs are covered by olive green stockings with an accurately painted fishnet pattern.
On her left leg she is wearing a shorter version of this stocking model and some more skin is revealed. The gloss and bulky brown shoes are another little yet very nice design element. 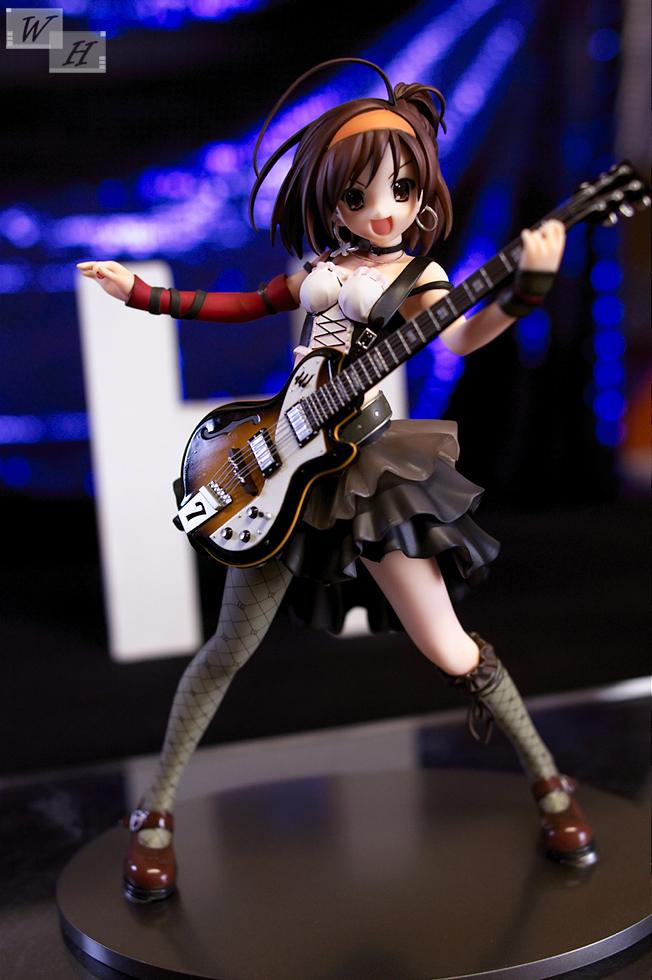 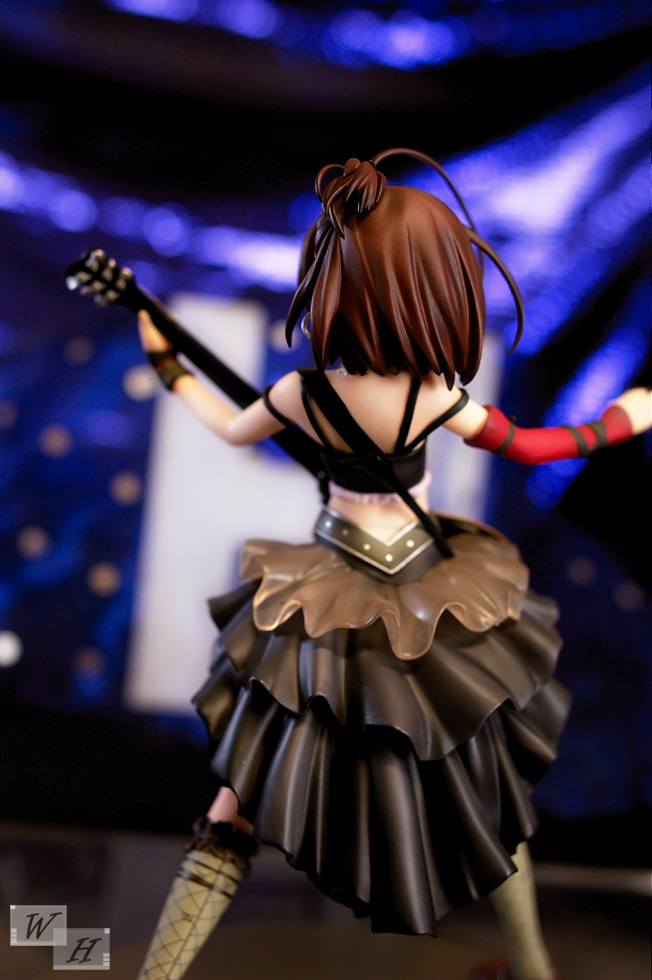 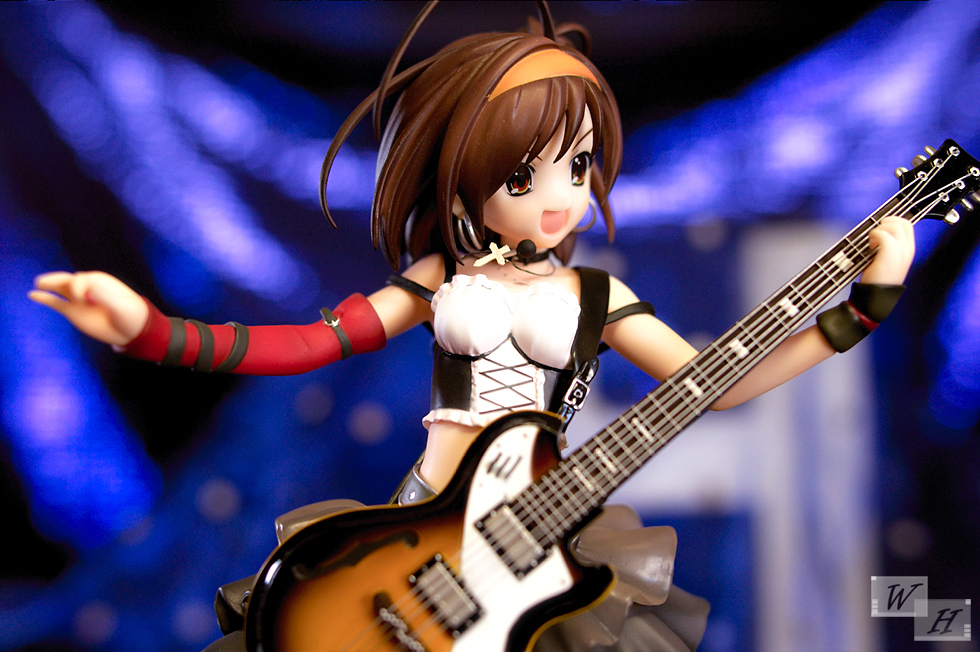 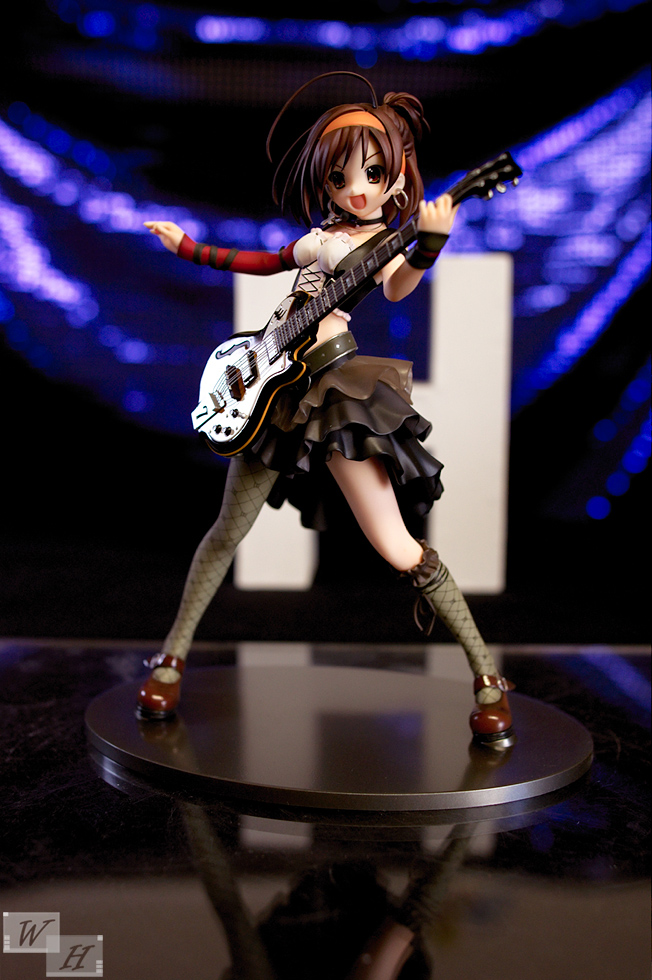 The extravagant outfit of  this figure  has many Visual Key elements, on top of her head she is wearing a broad yellow band. The dots around her neck actually are no dirt (haha I was quite shocked as I noticed these spots, that looked like dirt), it is a painted on necklace. Haruhi is wearing a second necklace around her neck which is made of wire and shows a cross  pendant.

Her short top is very cute, the black and white colors is a nice color combination, at her arms the figure has cool decorations in form of arm and wrist warmers. Around her waist is a big belt, I think this is a quite sexy design element. Further below Haruhi has a three layered skirt with a longer rear, the upper layer has a semi transparent smoky color, the two other layers are black.

Haruhi comes with a fancy and very detailed E-guitar, it looks really nice and has single chords. 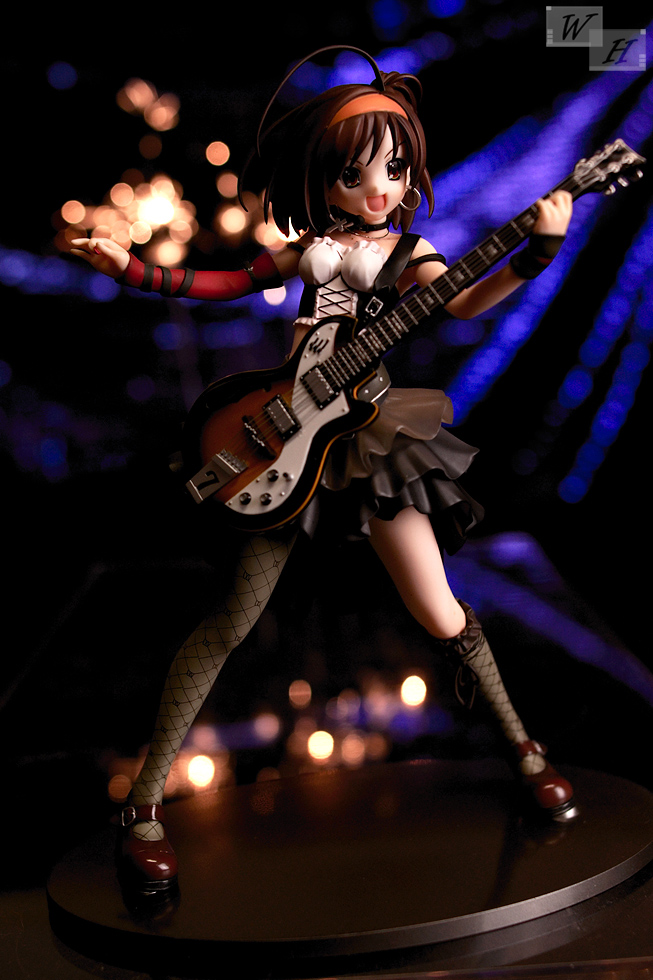 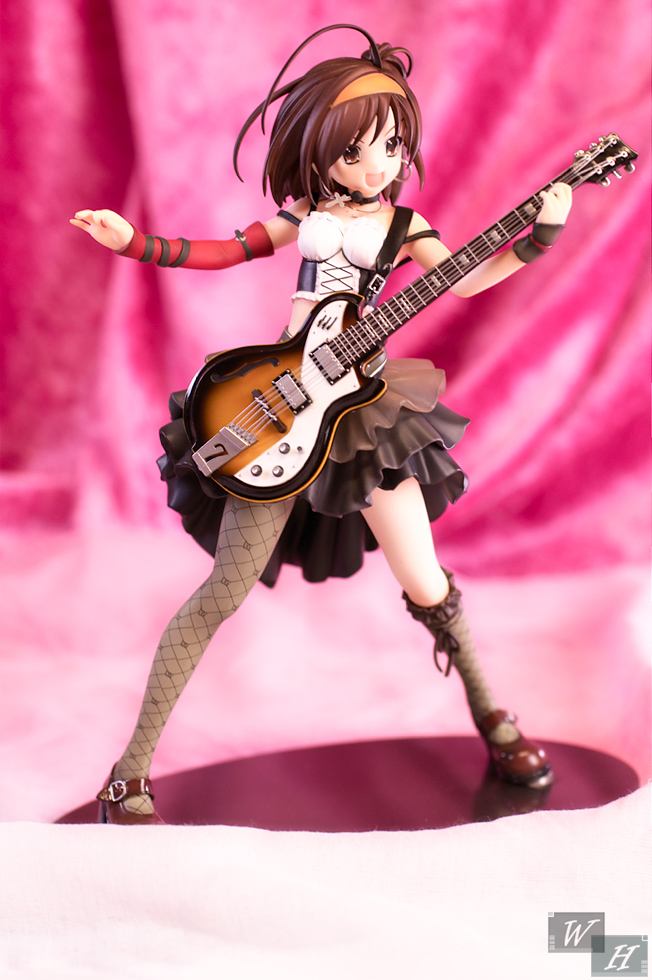 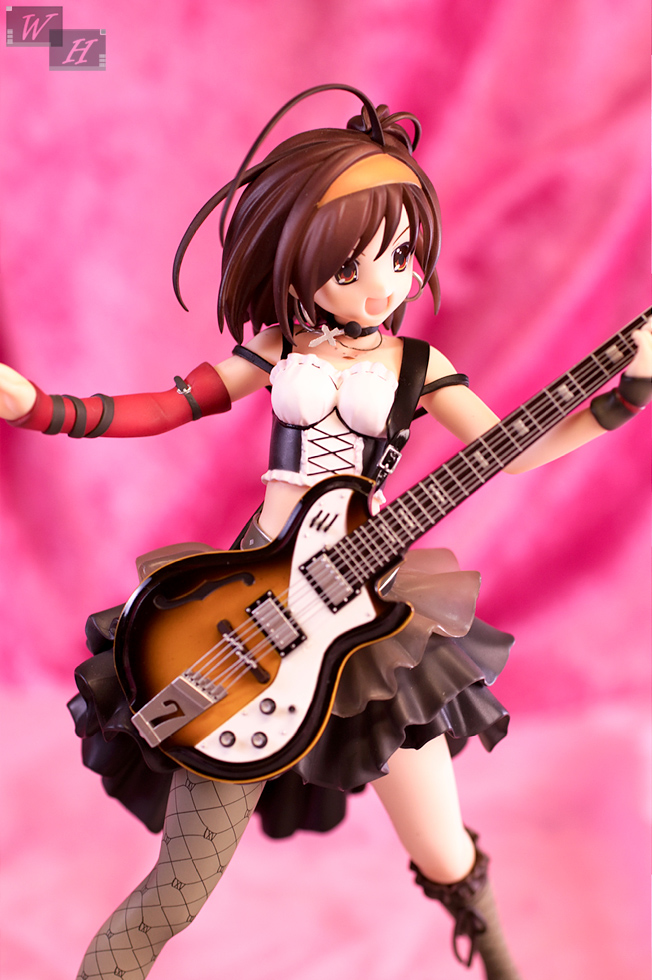 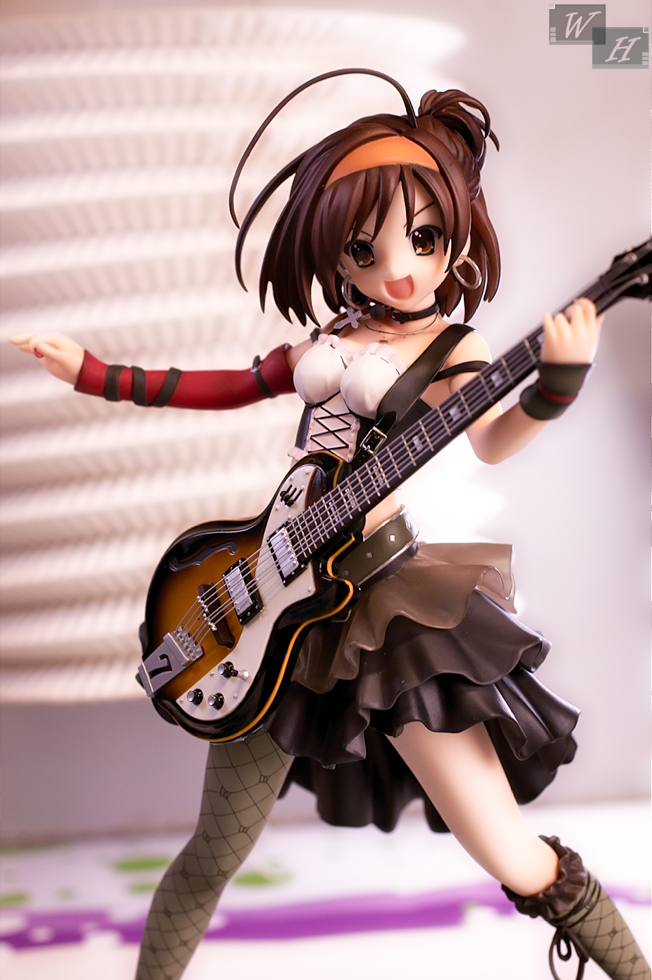 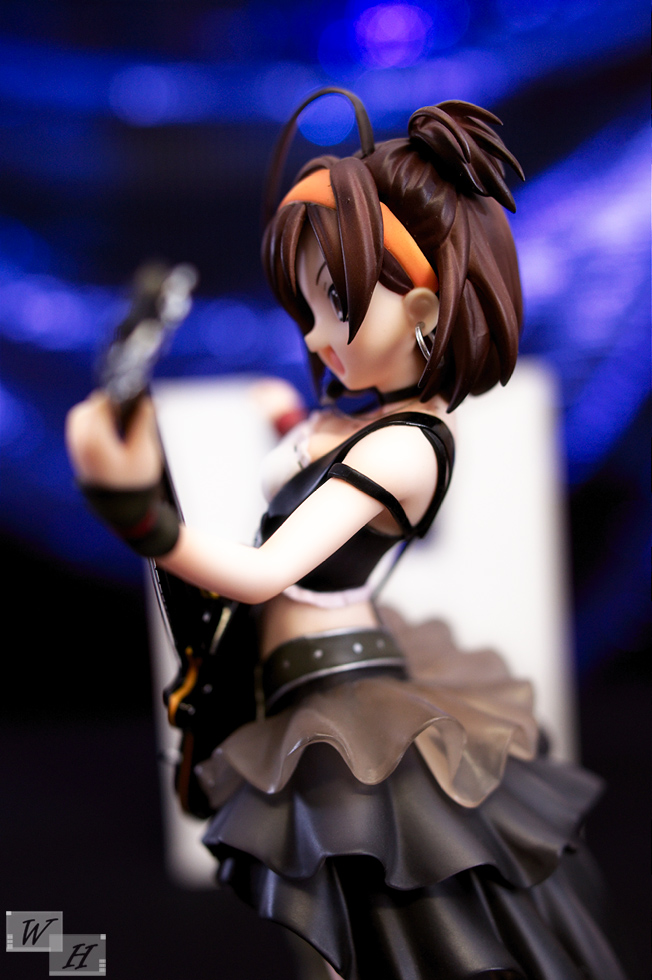 Im a big fan of The Melancholy of the Suzumiya Haruhi franchise and I loved every animated piece of it so far, a goal of me would be to read all the light novels in the next year, since I doubt that  more anime adaptions from this franchise will be made in the future.

I always love the adventures of Kyon, Haruhi, Yuki, Mikuru and Koizomi, while it mainly appeared as everyone  in the SOS Brigade was dragged along Haruhi’s self centered crazy ideas, I think that all of them enjoys their youth to the fullest, thx to Haruhi’s awkwardness.

Im quite fascinated by the unique character of Suzumiy Haruhi, some see her as self centered, annoying girl with a slightly rotten personality, but I like these ruthlessness of her a lot. Her spontaneous, upbeat, and hyperactive  style is also something I like about Haruhi. 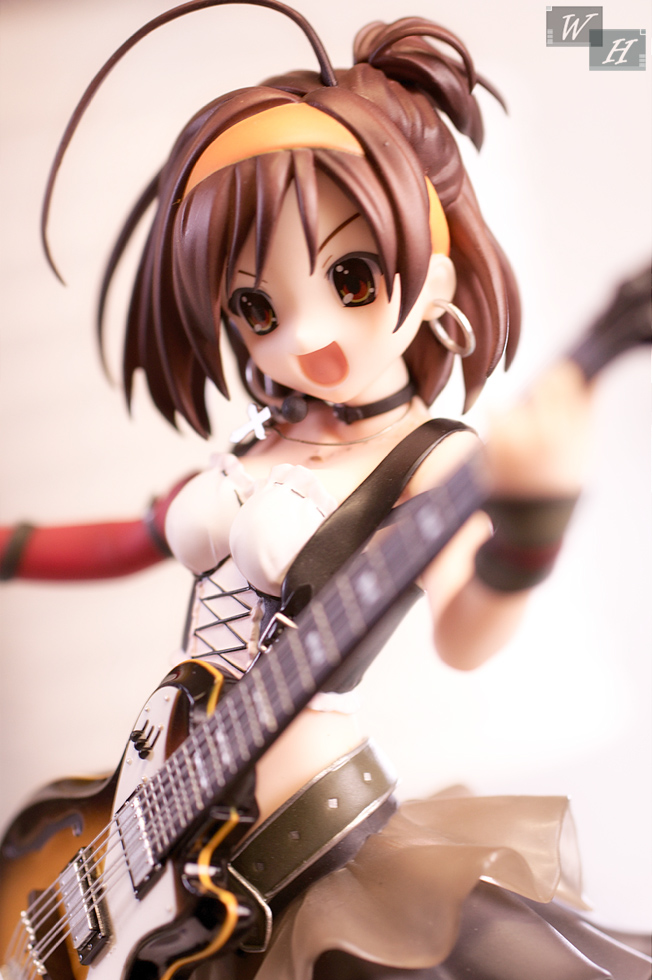 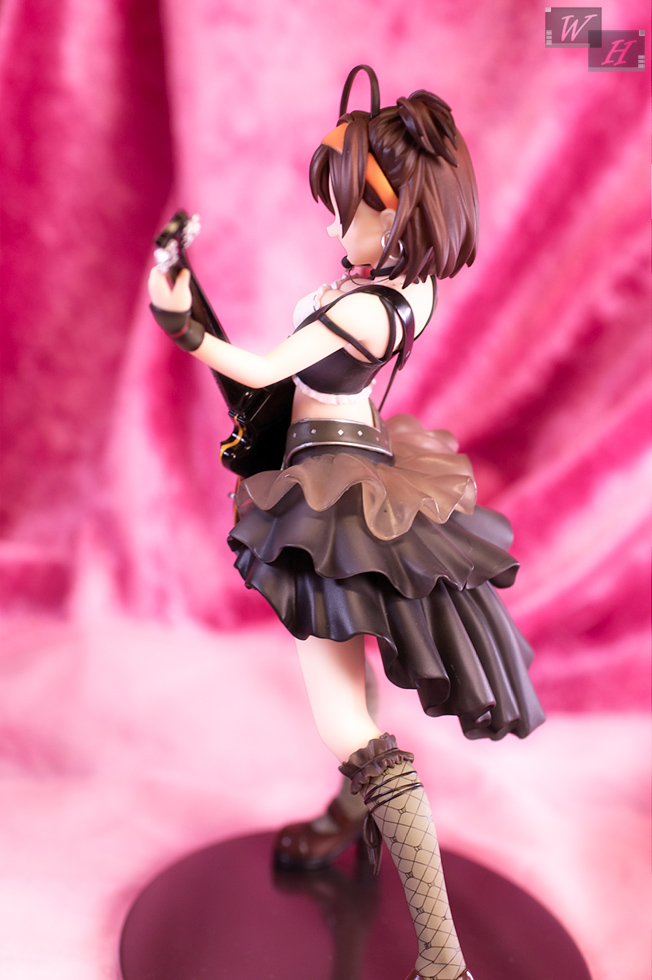 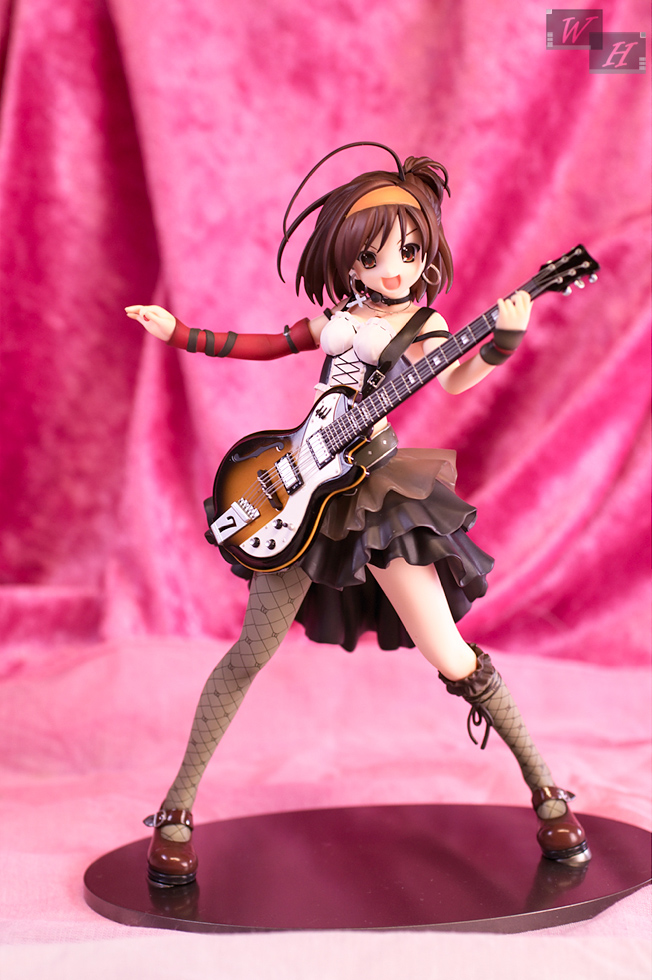 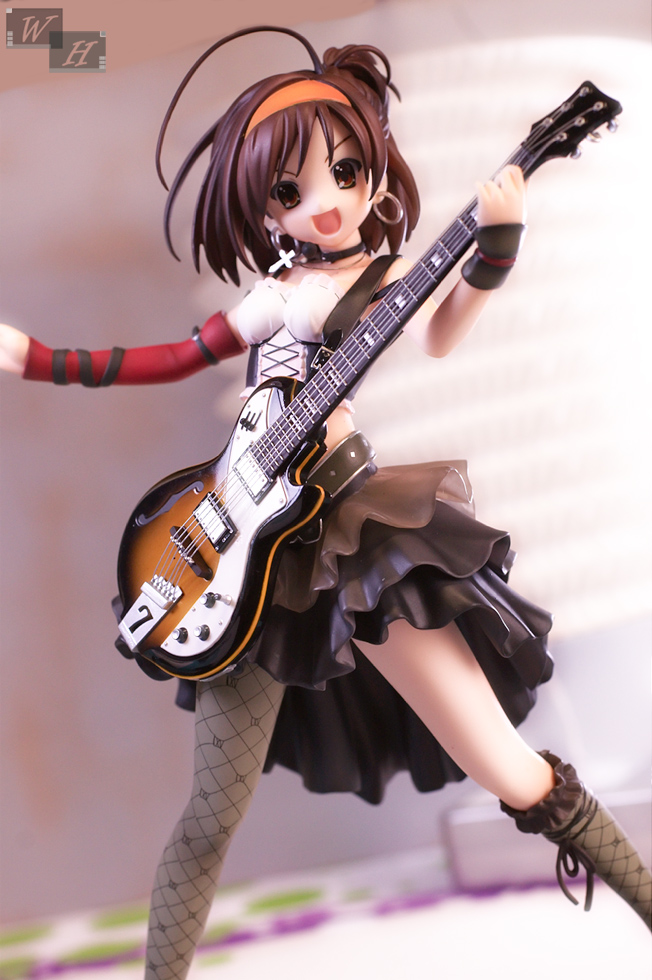 I always had problems with figures that are adapted from characters of my favorite anime. I am a lot more picky with figures from shows Im more attached to. If the figures aren’t close to what I imagined I don’t buy them. Having a figure from a favorite anime is a nice thing, but you won’t find that in my collection. With shows that I just consider as good I m easier to convince.

This Haruhi is actually a nice figure with a very fancy outfit and an action orientated pose, but personally I’m not as satisfied with her as I would like to be, she’s unfortunately not  my Haruhi.

Of course it’s question of personal taste, but the open mouth bothers me a lot to be honest, from certain angles she appears a bit like a psycho. I had preferred a more serious, less cheerful face expression of Haruhi. That would be the only thing  that I really dislike about this figure.

Aside from that she is a nearly flawless figure with very convincing sculpting and painting., the Visual Key outfit is also a very appealing part of this Suzumiya Haruhi – Gekisou Version.

This figure of Haruhi also has really good photogenic qualities thanks to her dynamic and cool appearance, I had a lot of fun with taking pictures of her.

thats all for today, see you next time… 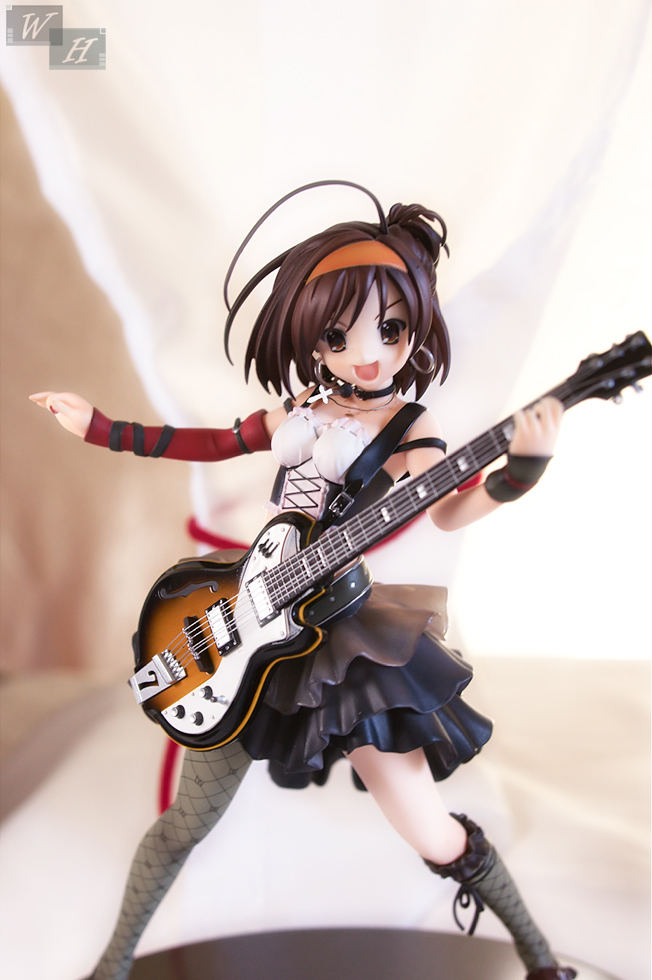 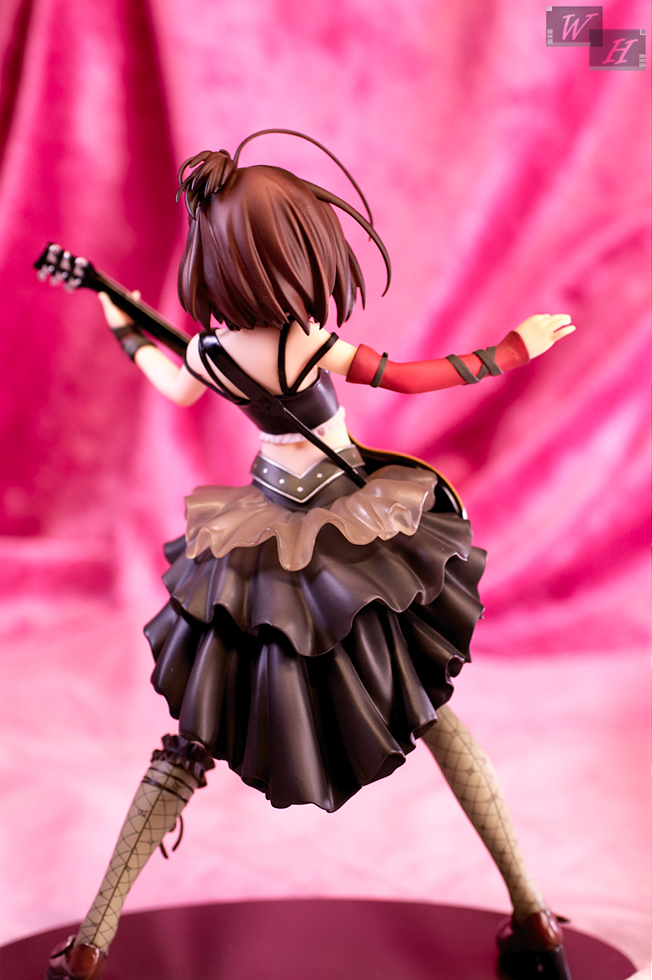 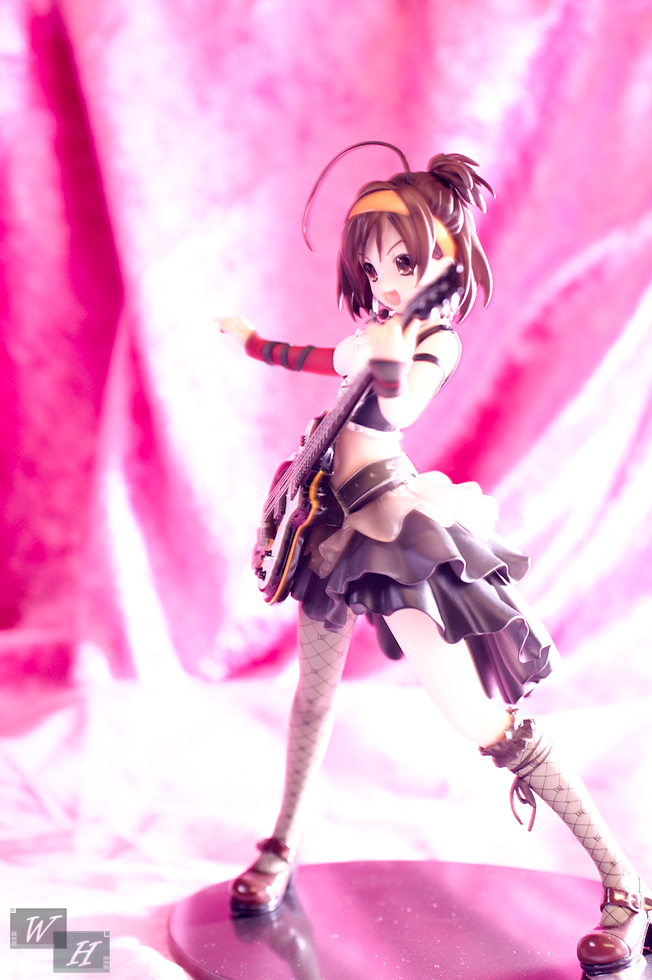 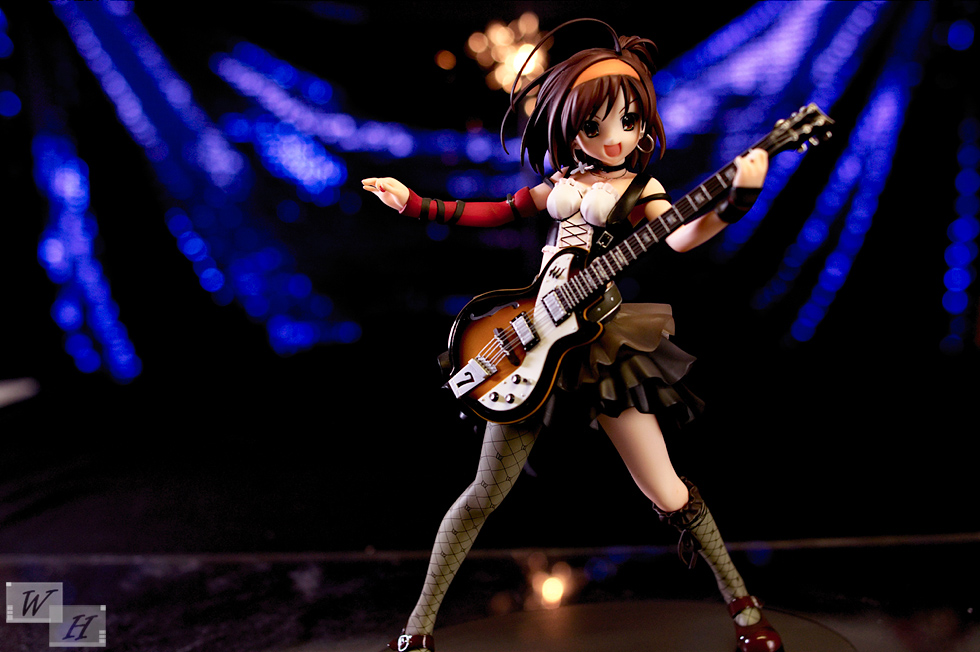 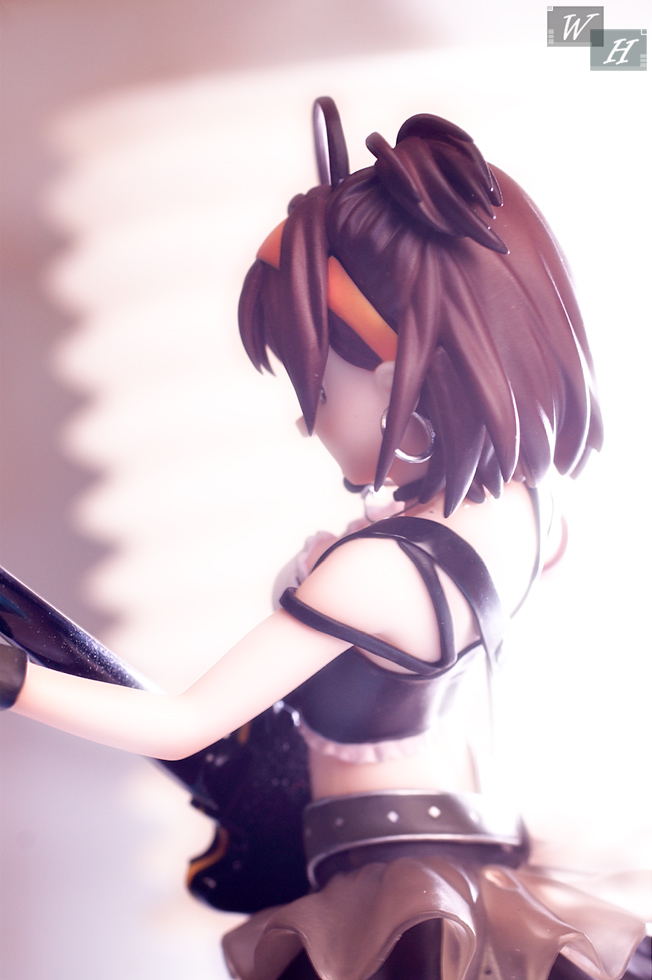 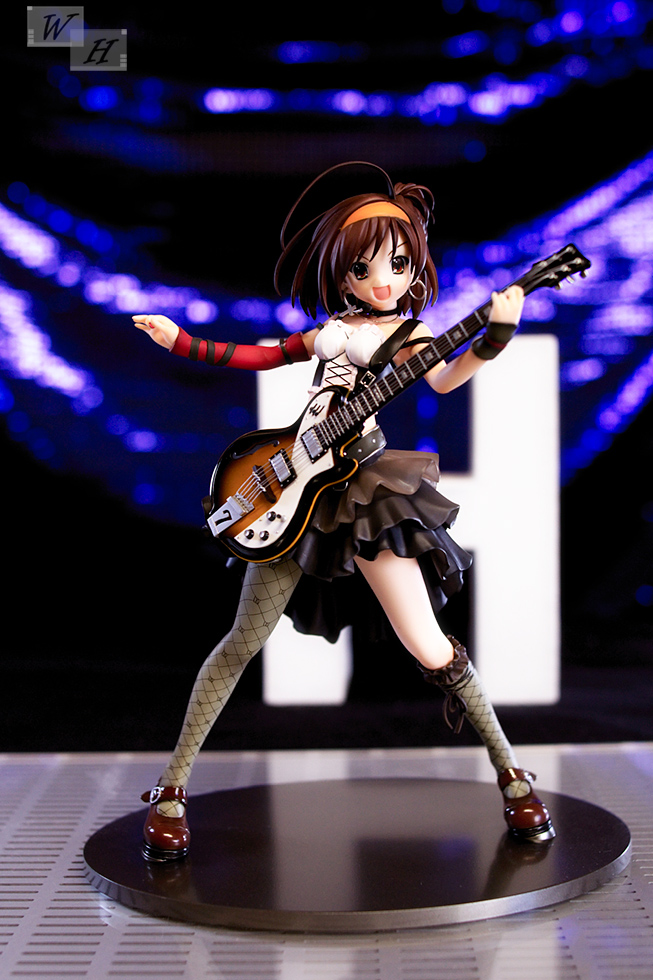 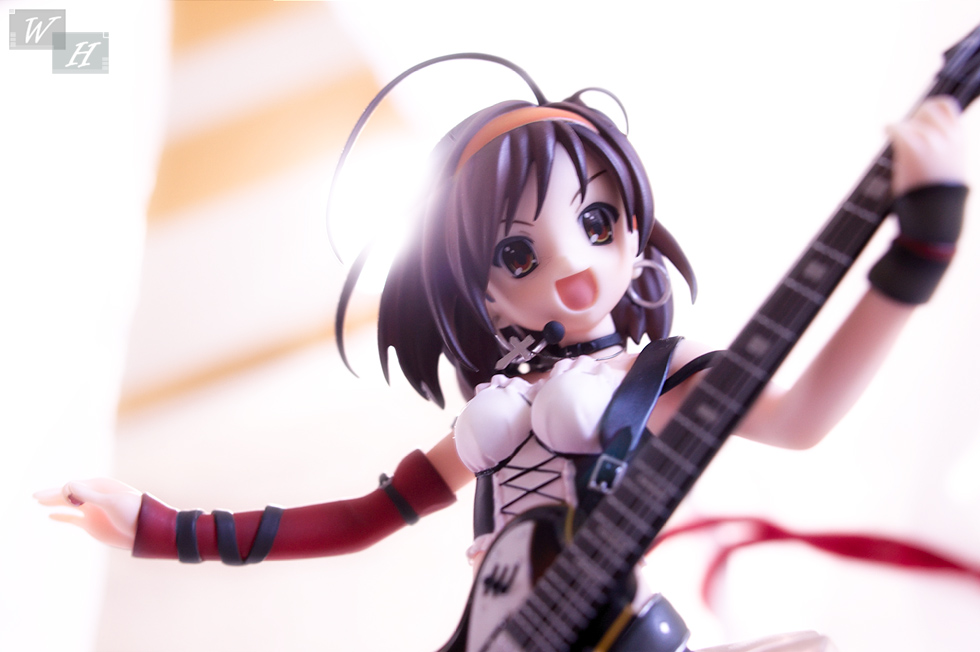 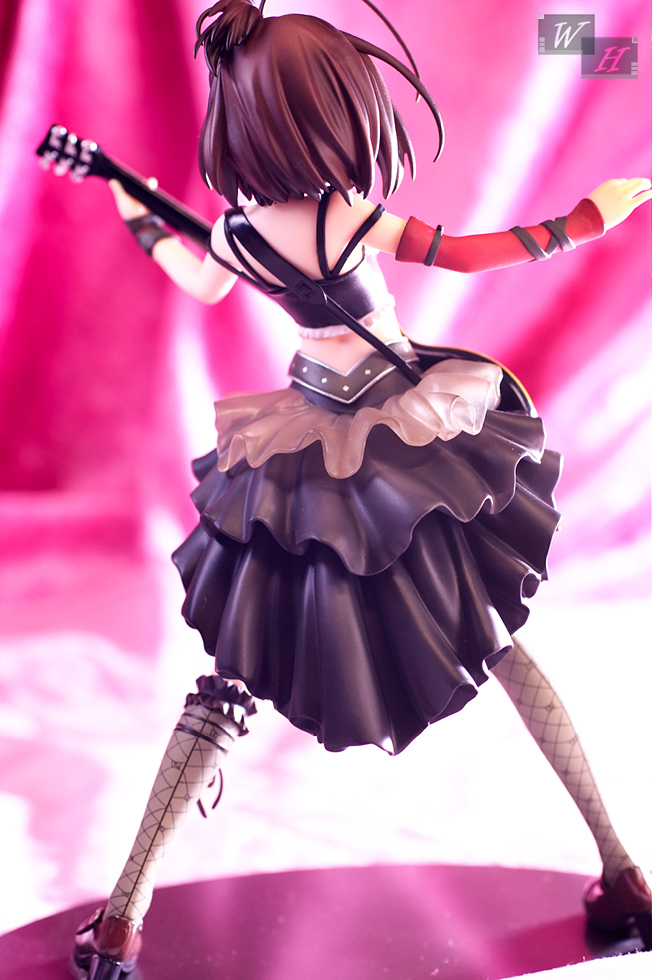 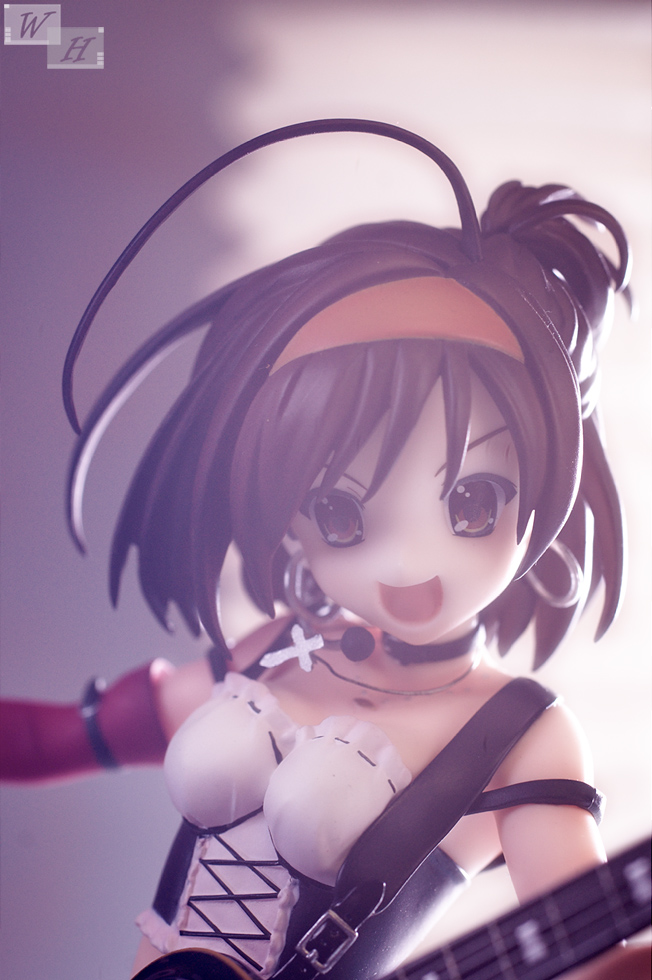 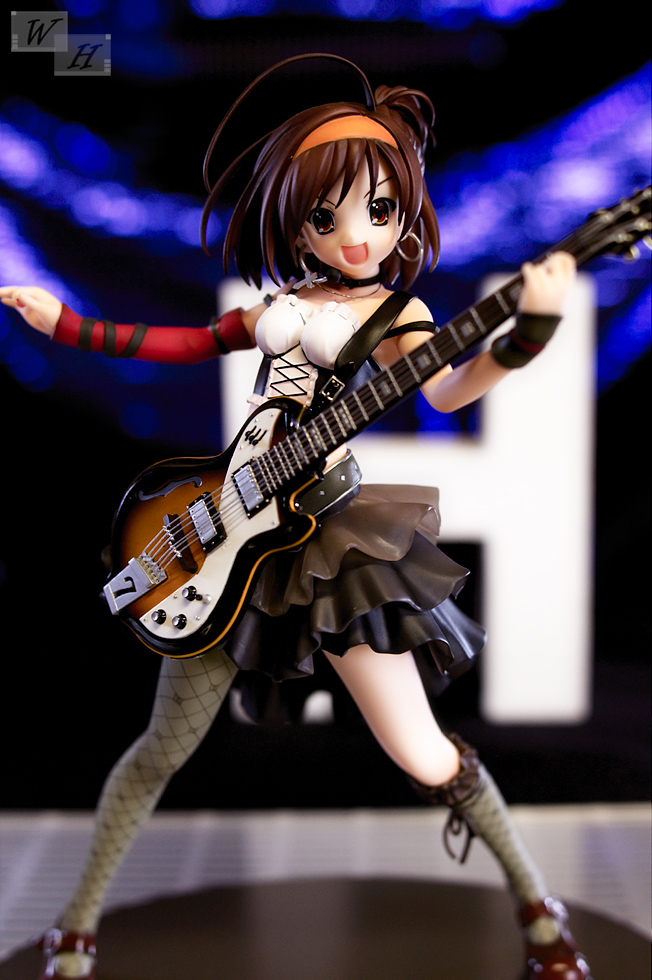