This figure of Fauna was manufactured by ALTER and released by the end of July 2007. This figure is scaled 1/8 and has a height of 180 mm. I recently bought the first release version that came with an original illustration card from the AmiAmi preowned section. At the begining of figure manufacturing it was still cool to make figures based on ero games, even for the big companies. ALTER  produced all three Megachu! heroines under the hand of Kouzuki Hajime.

Fauna’s origin is the well received ero game Megachu! that also got itself a three episode long ova with Fauna as the main heroine. Fauna and her angel coleagues are send to earth to deal with a rising danger thats coming from a normal boy, who will turn into a demon someday.
They actually should kill him, but because of her kind and friendly personality Fauna feels pity for the boy and tries to get rid of the evil seeds,  with other methods, you can probably imagine. 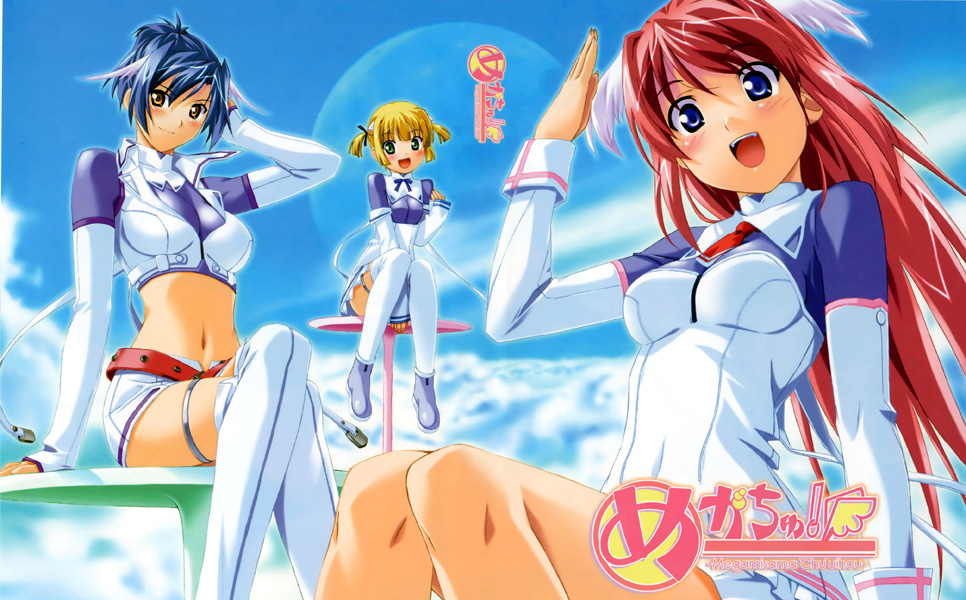 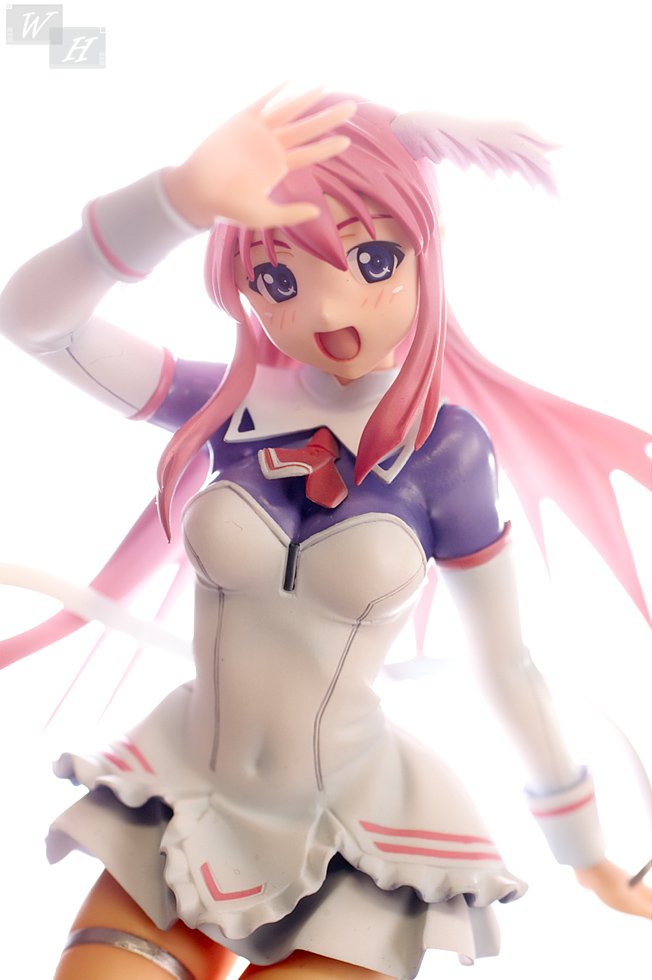 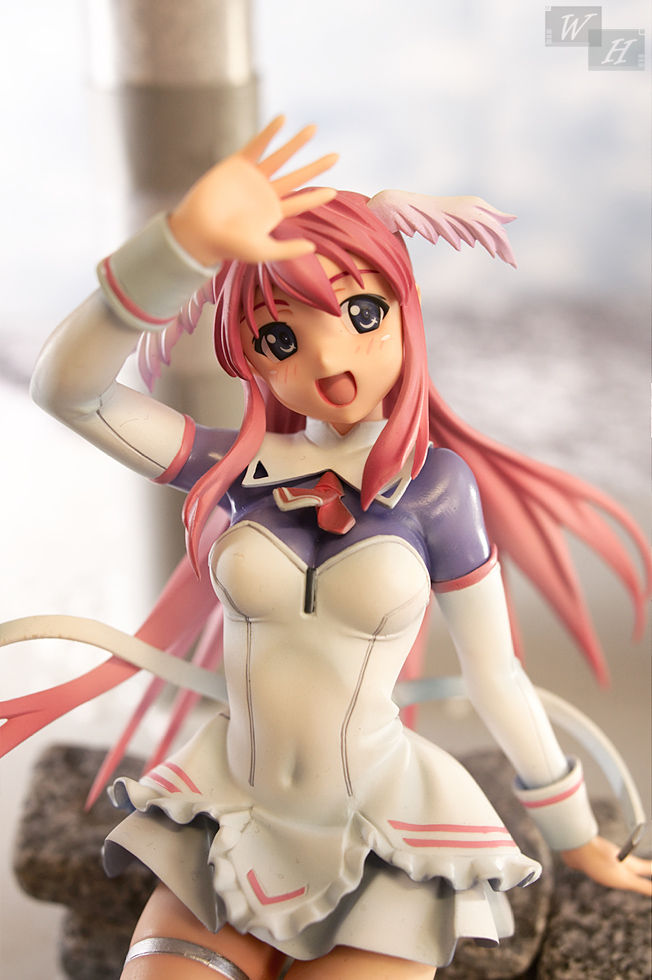 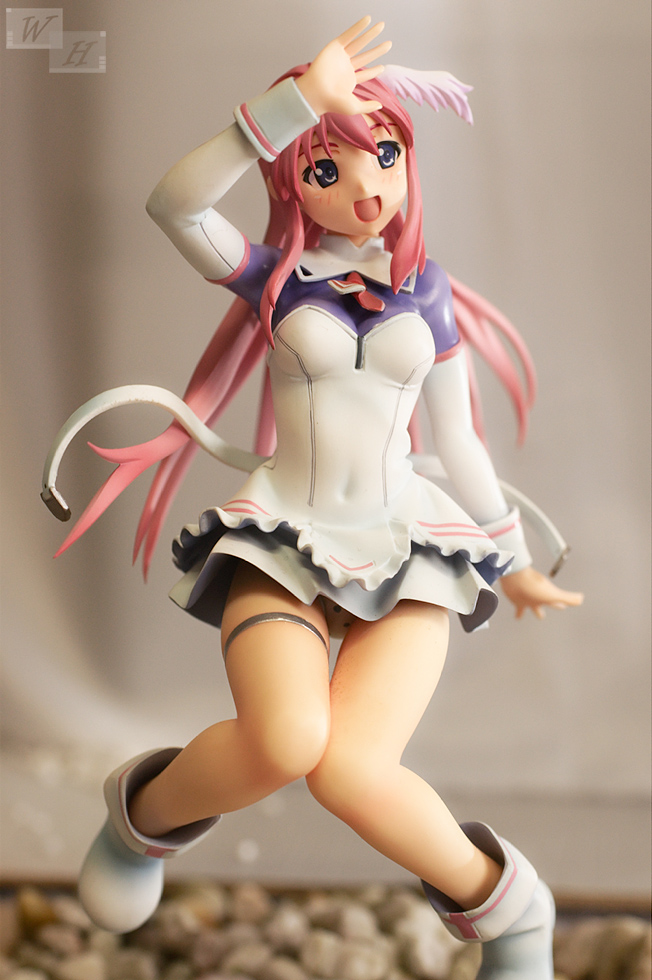 The hair of this figure looks really good, it is light pink and has a detailed sculpting and show a good sense of flow. The bangs look especially nice on her. On her head there are some small wings attached. Fauna has a very appealing face, her happy face expression, I like her more prominent pink eyebrows quite a bit. The round blue eyes capture the appeal of the origin very well, the sparkle effect is so pretty. Even though the mouth could be a bit more detailed, it suits Fauna’s happy appearance. Blush stripes over her cheeks give Fauna an extra cute touch. 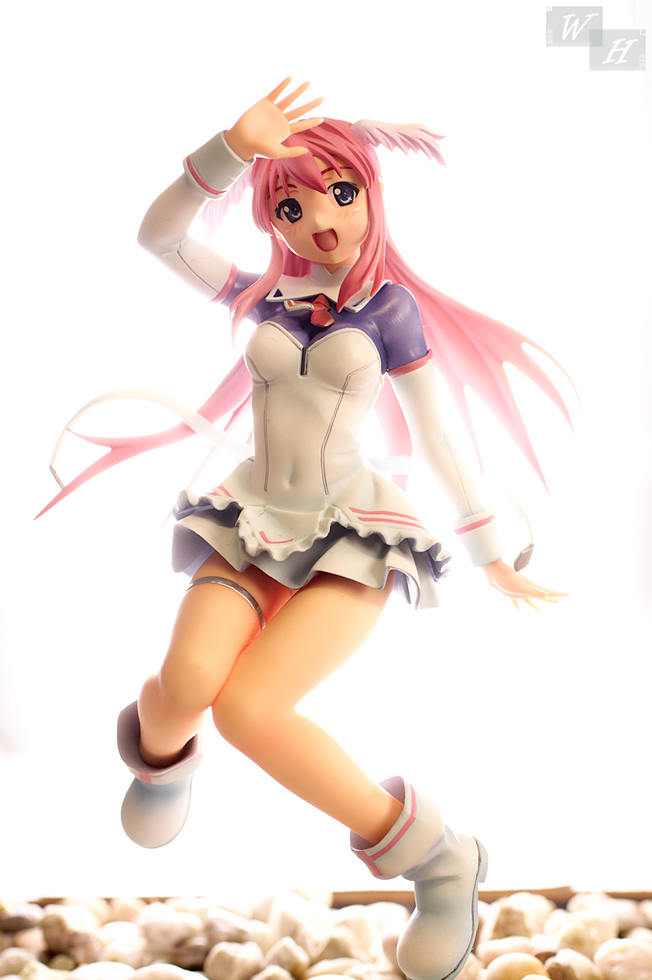 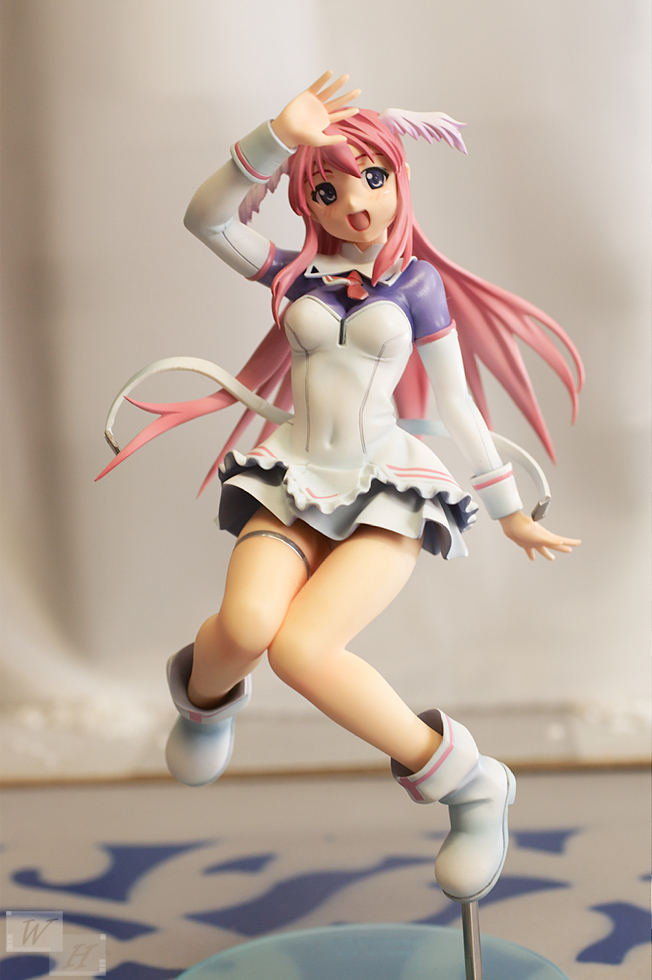 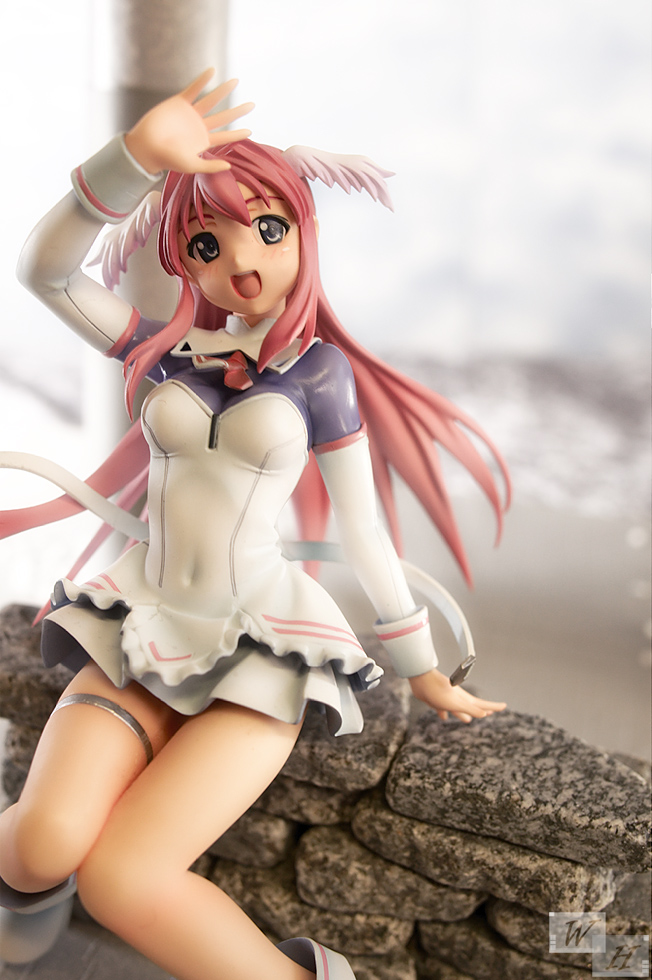 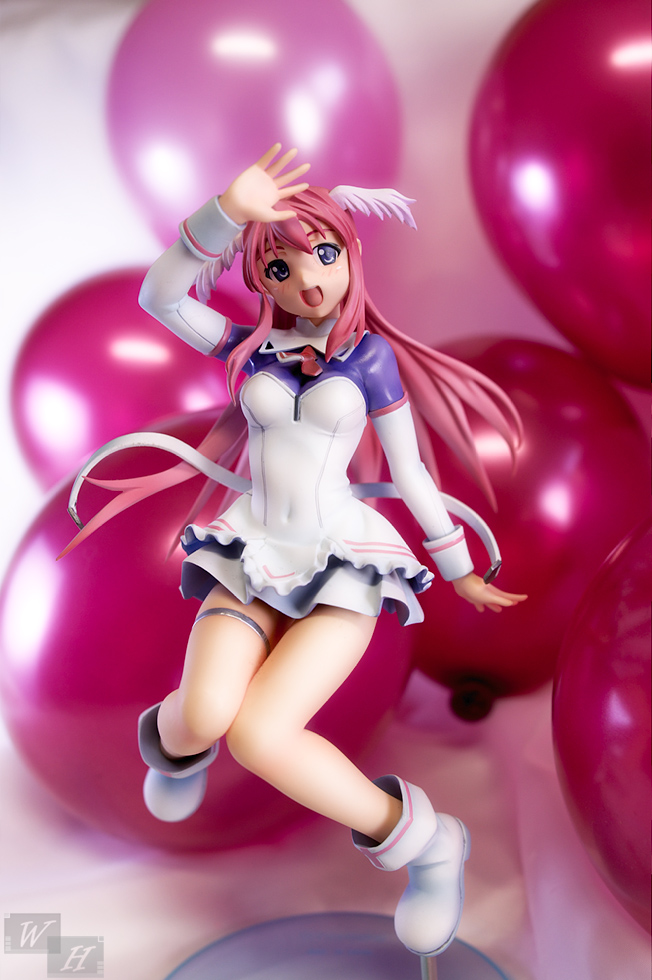 Fauna has an attractive body, she’s actually  a slender girl with nice looking legs and a modest bust size, looking at todays anime the two extremes of very flat and quite huge are most used these days. Her jumping pose is and adorable part of this Fauna figure, her lifted waving hand is so nice, a funny side effect of her angled legs is that you actually can let her sit on slim items.

The outfit of her is a combination of space cadet and anime school uniform, I like the detailed look of it. Most parts of her dress are white, but the purple shirt underneath is a bit shiny which adds a transparent effect to it. I like the design a lot with the sleeves and the frilly part of her uniform the figure looks beautiful. These super thin black lines were applied very clean another thing that adds detailism to her dress is the strong usage of shading, it looks very good overall. I also like the bulky short boots that she is wearing.

The “belly button tight” dress is not that realistic, but it looks very well. Under her uniform Fauna is wearing a miniskirt, it isn’t too difficult to take a peek underneath ah yeah polka dot panties are nice ^_^. Aside from a ero game origin this is a modest figure, ok there apparently is a cast off option, but I have noticed this way too late. Plasticparfait can tell you more.

Fauna’s base is a litle undewhelming, compared to Fauna’s design, it’s just a plain clear blue disk with a metal rod, on the bright side it is reliable, sturdy and keeps the figure in place. 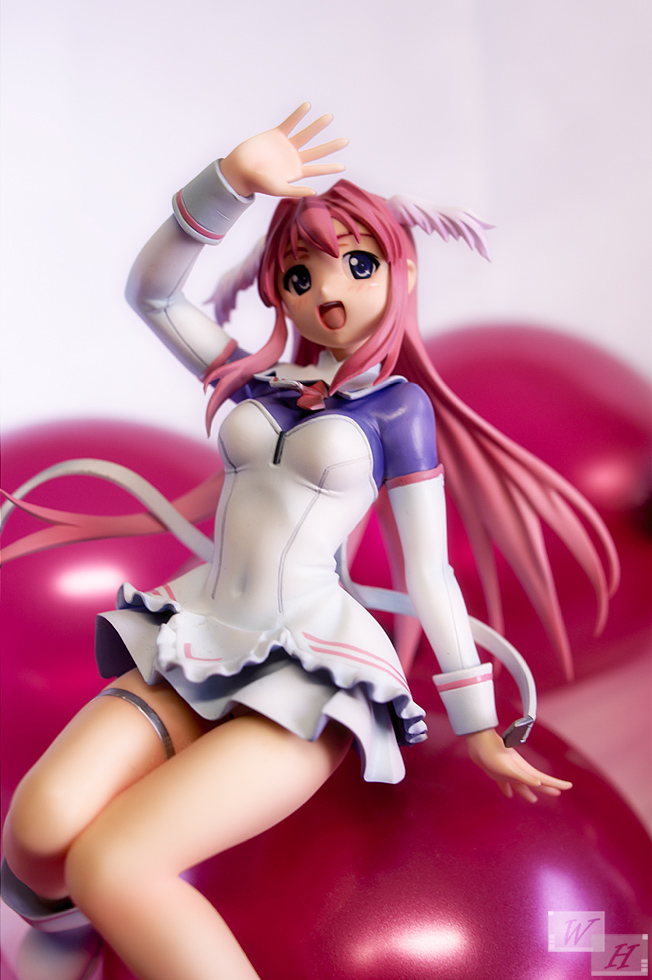 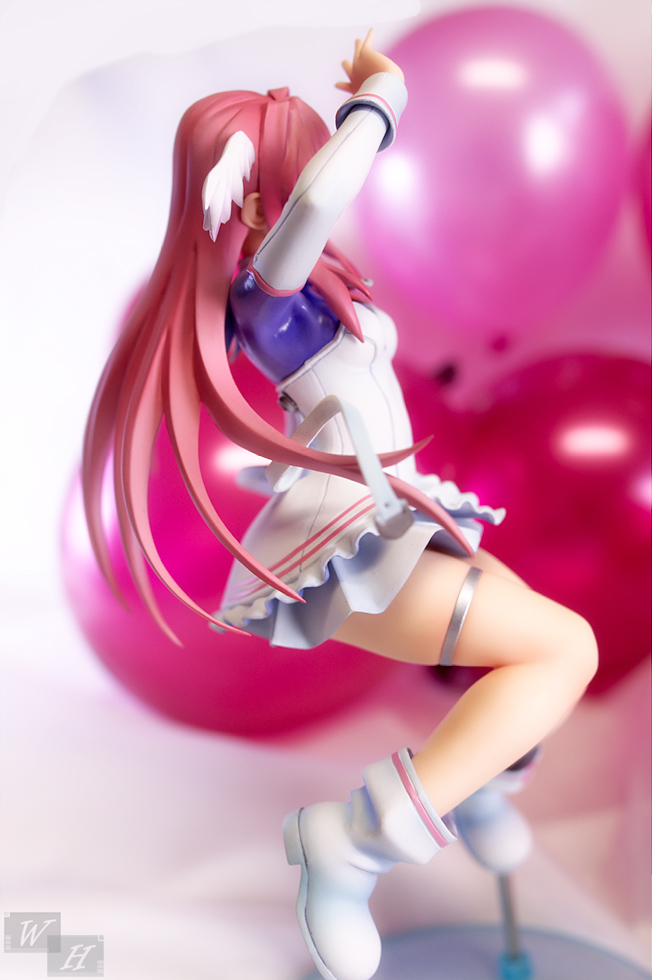 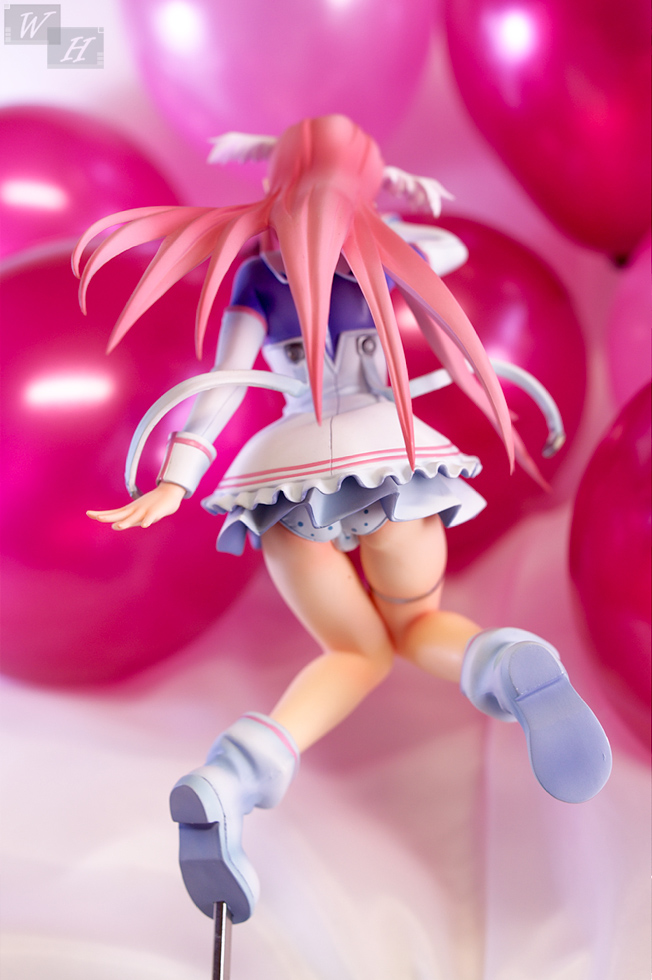 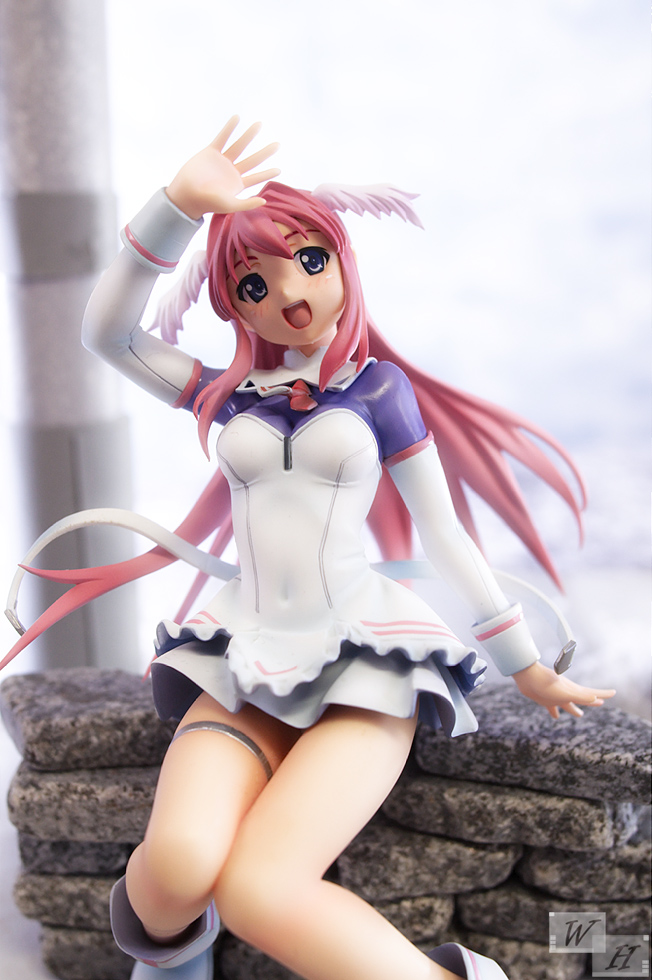 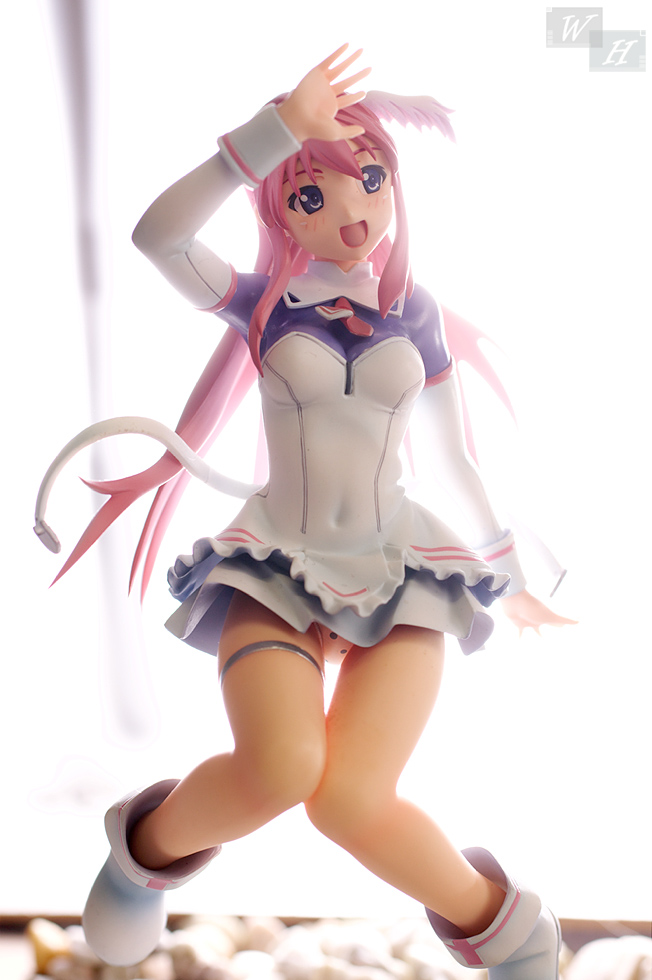 As I saw Fauna for a very cheap price recently, I couldn’t say no to her, I always liked her design and then I finally could add her to my collection. The figure is really cute in an enchanting way.

In terms of quality and execution she is actually more than very well done considering that her manufacturing date was in 2007, she looks great and there are no obvious flaws. The design of her outfit is very pretty and Im a big fan of her adorable appearance, the face turned out so nice, also the sculpting is quite convincing. It’s an old figure I would recomend to get unconditiontally. 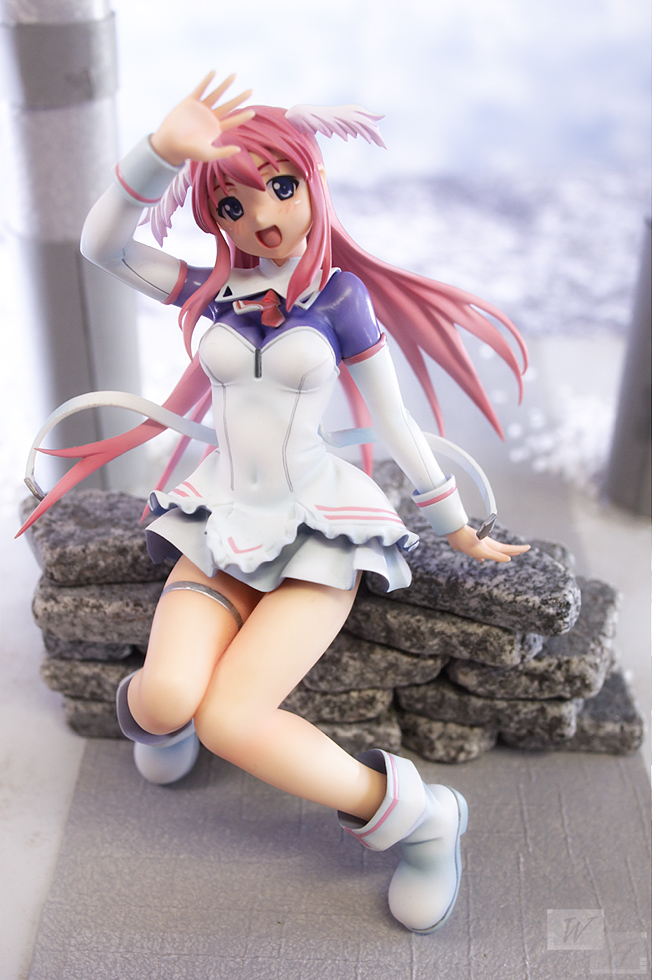 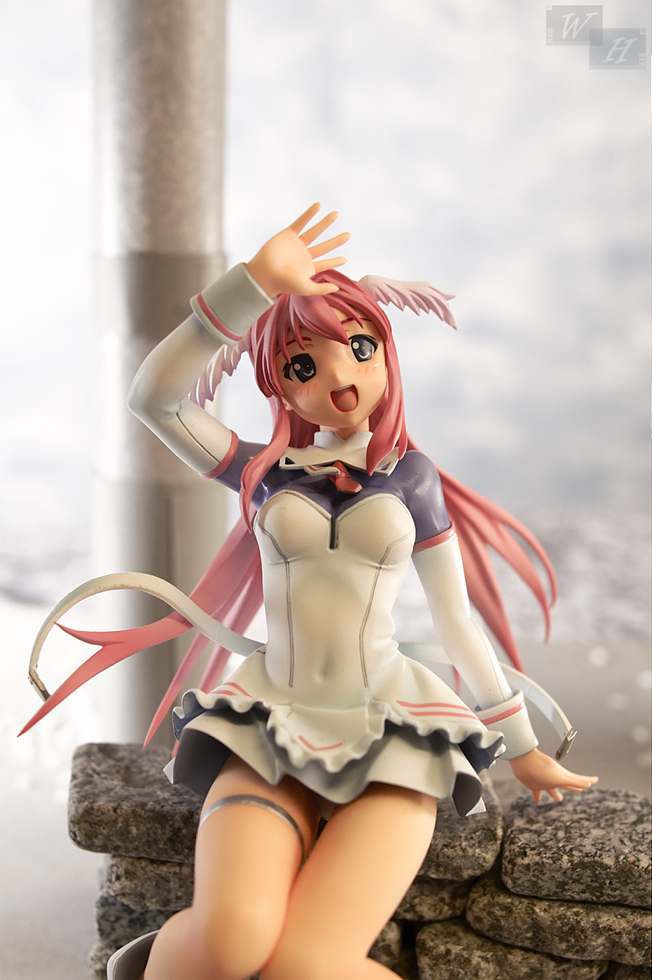 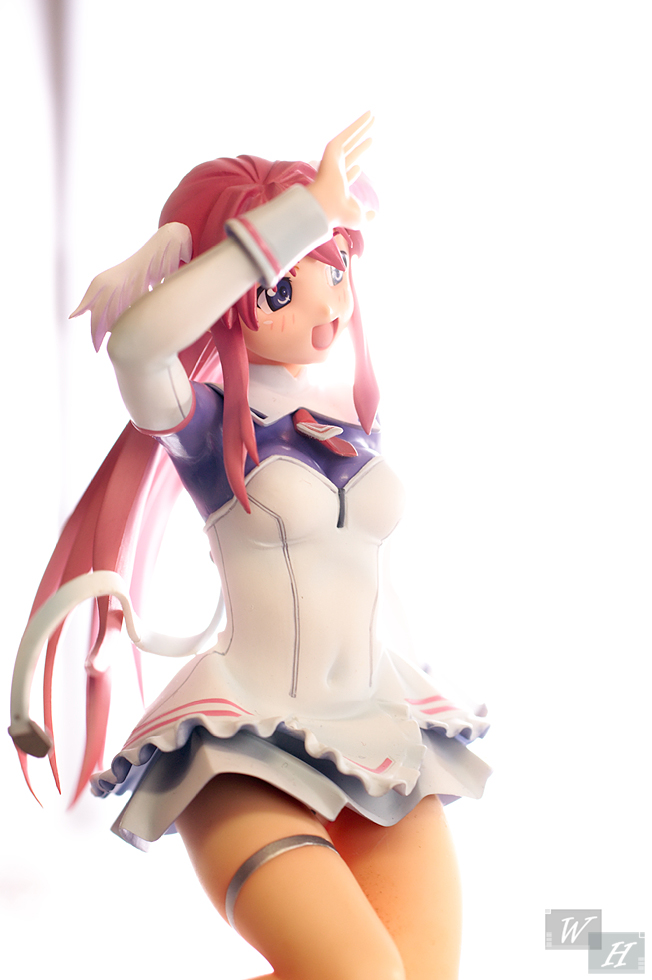 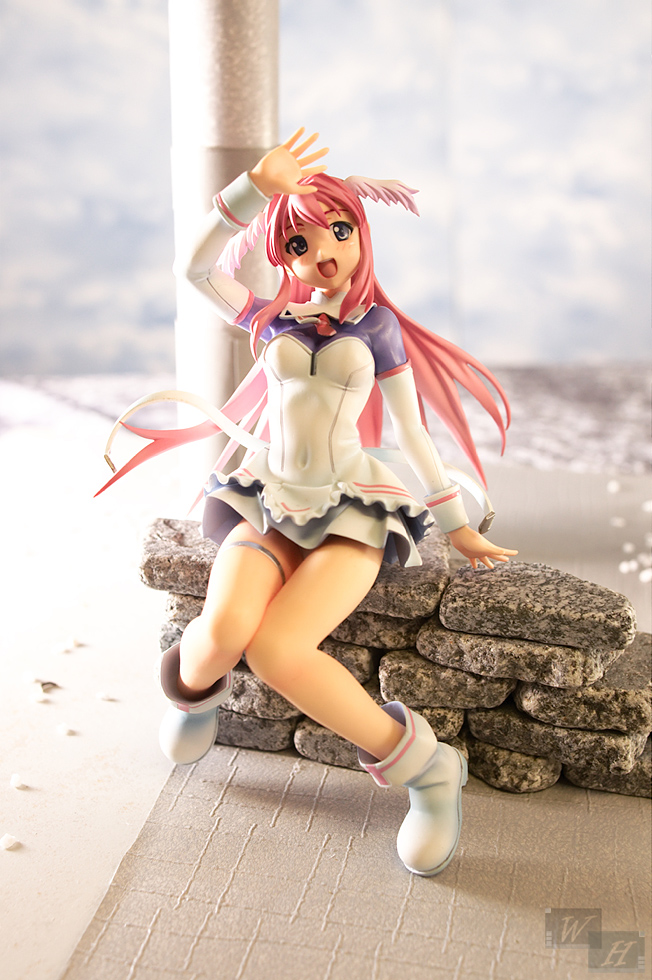