Today I will review a MegaHouse G.E.M. figure, it’s the name of their male figure line up.

Recently more male figures appear in the figure market, which was always dominated by boobs and moe, named female figure. Well, I prefer female figures, but one male figure won’t hurt in my collection nor my sexual orientation. I actually wanted to buy the G.E.M. figure of Rin Okumura, because I like him a lot as a character in the anime, but I unfortunately didn’t like how he turned out in the end, I kind of disliked his faces, that was really not my Rin. After I had some interest in ALTER’s upcoming Waver Velvet, I ended with the purchase of Yukio Okumura. 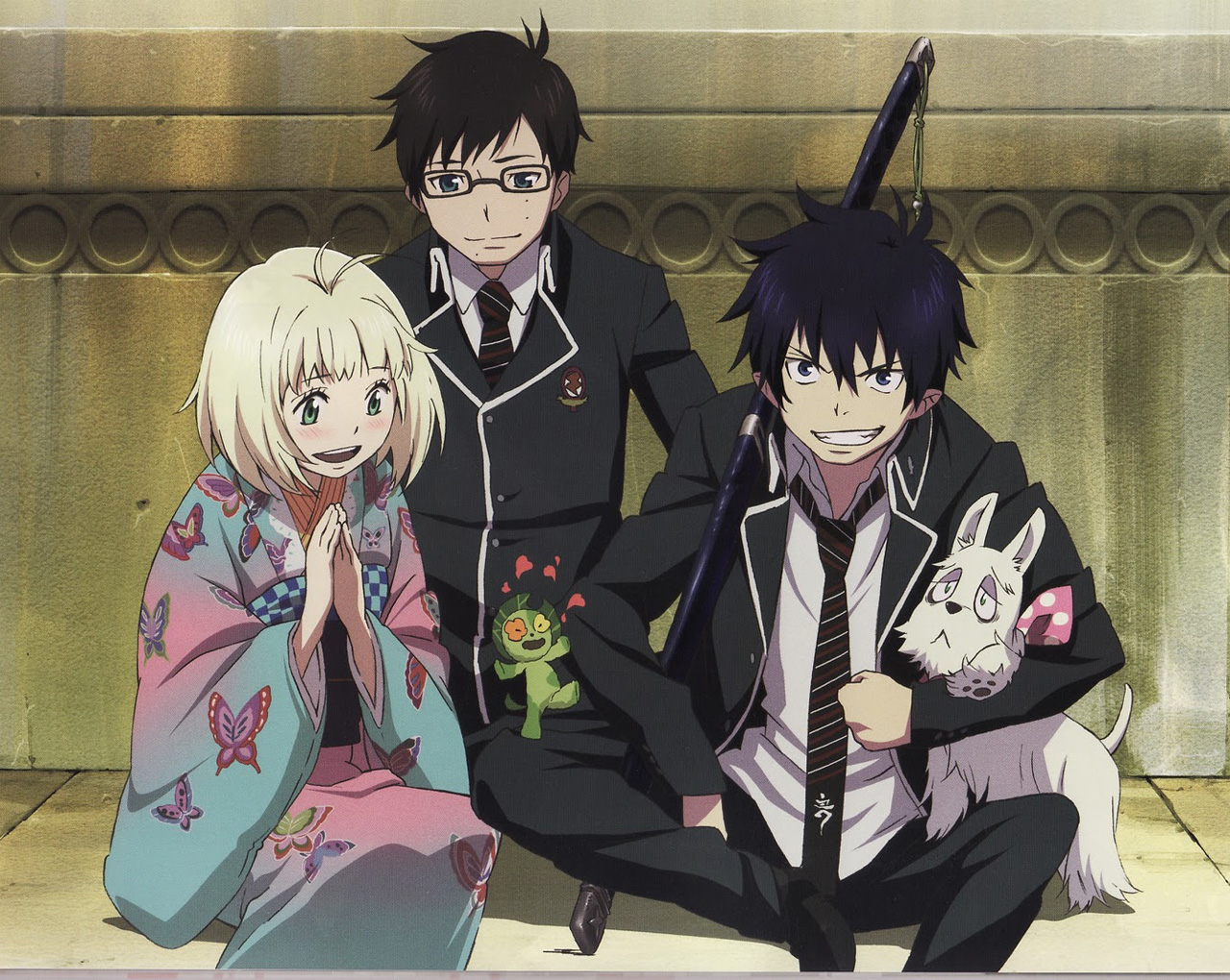 Yukio Okumura is from the anime/manga Ao no Exorcist, it was a really cool anime that Im actually rewatching. Yukio is the younger brother of Rin, even though Yukio seems to be more grown up in every regard. Yukio is already working as an  Exorcist and is also a teacher at the cram school in True Cross Academy, it’s kind of funny how he lectures his older in the anime. 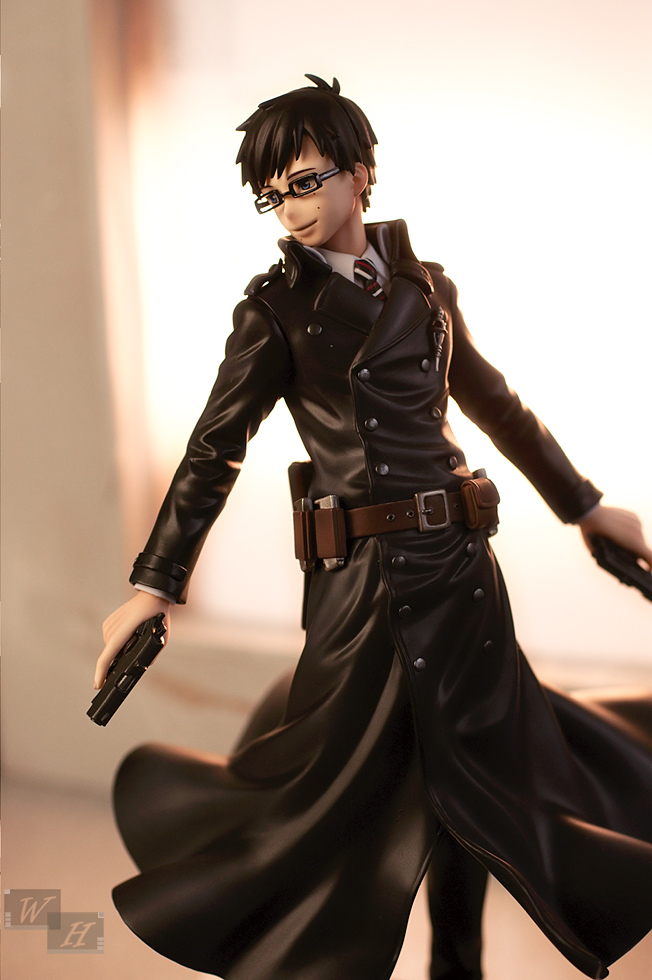 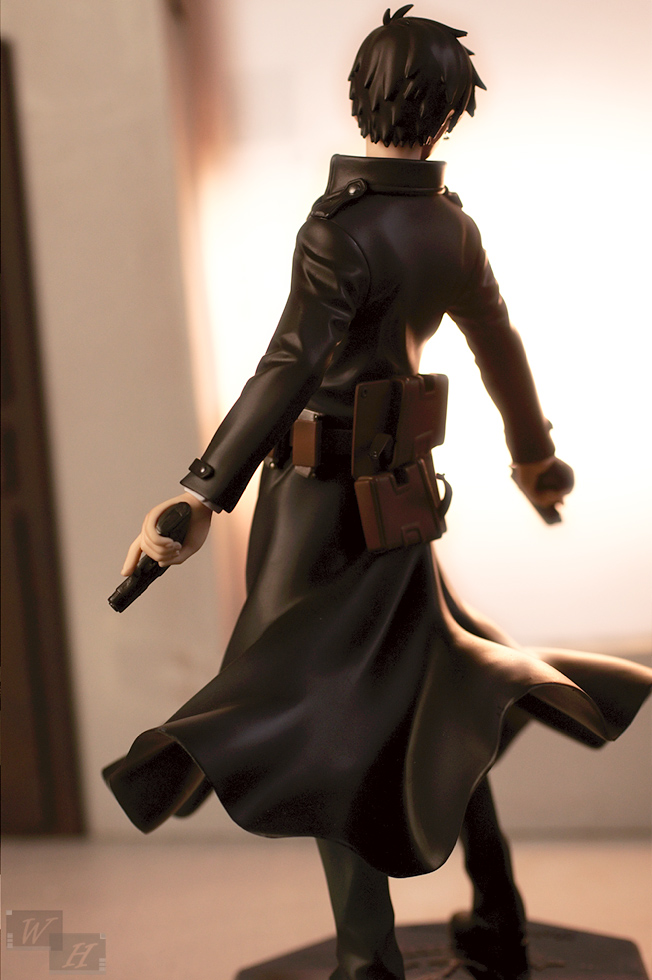 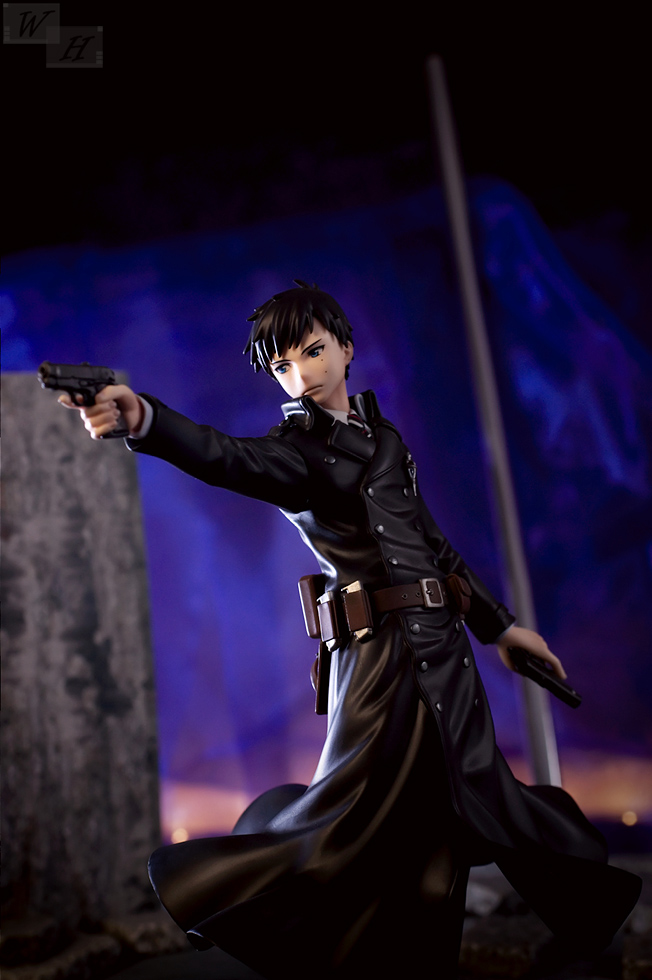 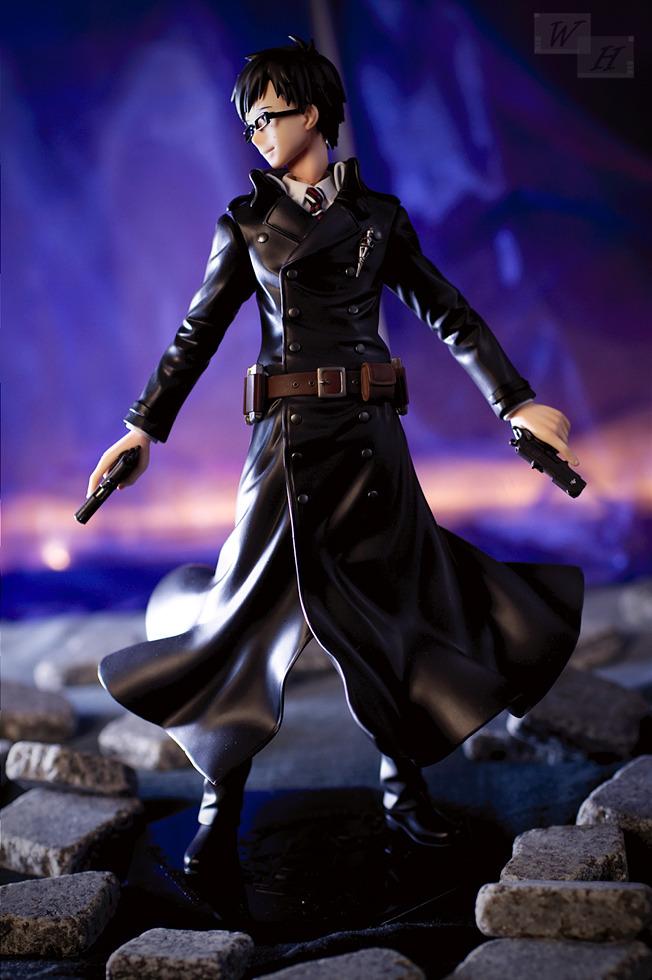 The figure comes with several parts, there are two arms, two heads with different expressions, plastic glasses and two wire glasses. You can also seperate the hands and the guns of him.

The figure resembles the anime counterpart to a big extent. Yukio has short black hair with spiky strands all around. A wide mouth is part of the characterdesign of Ao no Exorcist. The skintone has a natural pale color and Yukio has two moles on his face which suit him good.

Yukio is obviously a pretty boy with a few feminine characteristics in his face, it has well defined  proportions. He has strong and straightened eyebrows and his blue eyes also look great and very detailed. His  mouth also shows slightly accentuated lips with dark shading in between. A stronger jaw and an expressive chin are also something that sets him aside from female figures. 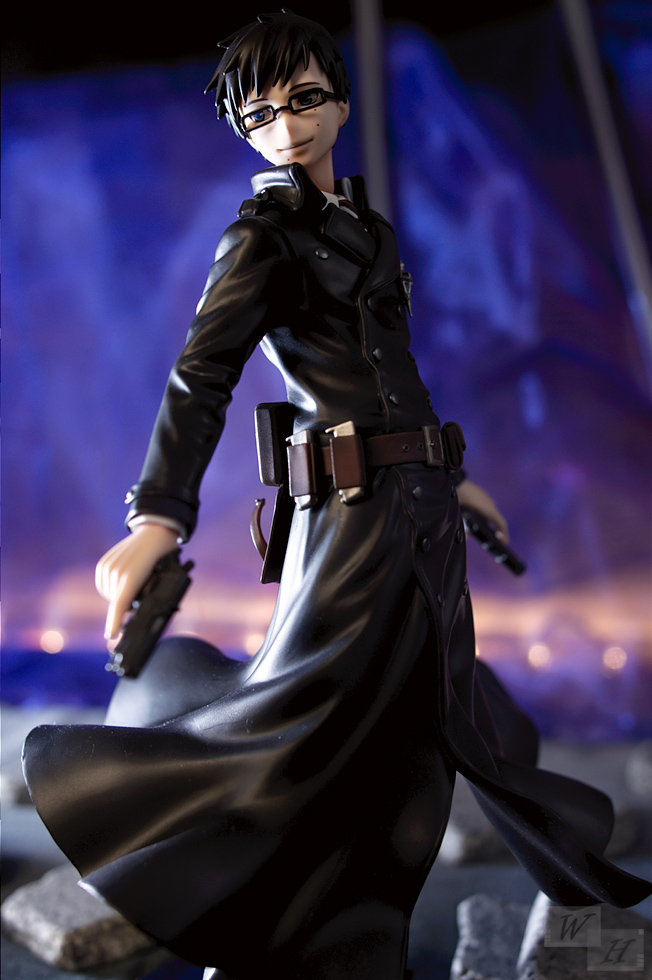 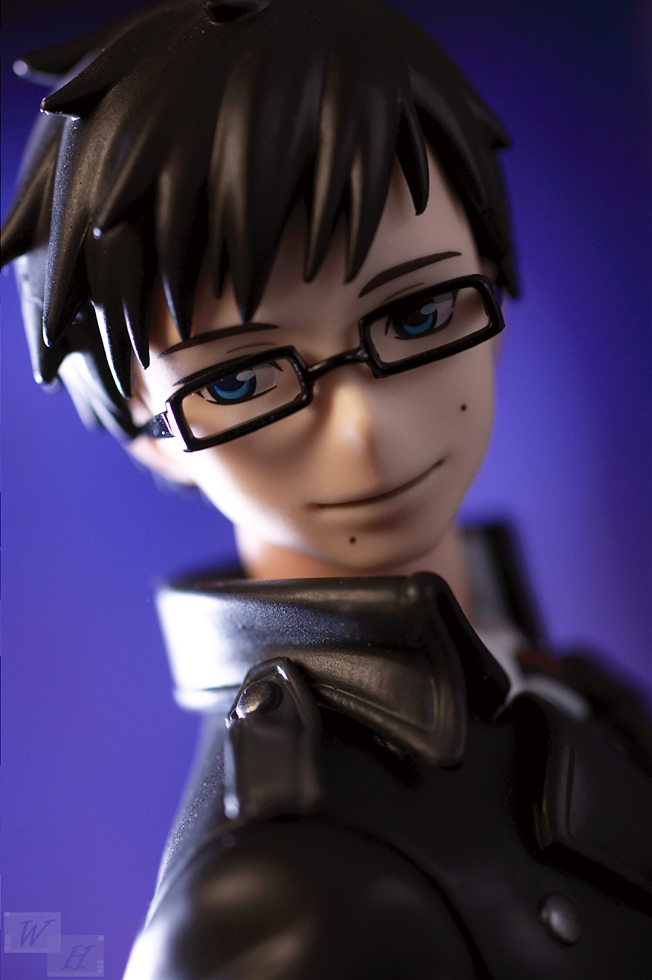 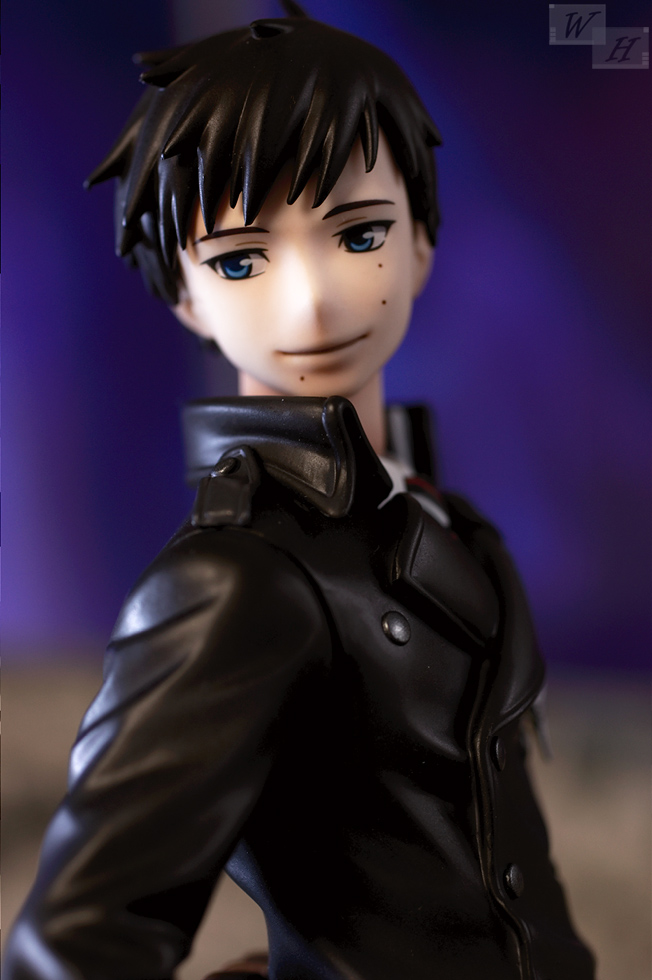 As a friend of glasses, the Yukio figure is even more fun for me, he comes with three glasses, a thick frame model. The other model is made of wire and comes in two different colors. With the rectangular cutout in the frame It is closer to the glasses which where used by Yukio in the anime, In my pictures I only used the plastic frame, sorry I actually forgot to change them ^^.

The glasses can be taken off, but thats not the only possibilityto change the way to display this figure, Yukio has a second head with a different faceplate. So the kind Yukio from before has turns into a serious, angry excorcist, he has different eyebrows, more closed eyes and a not amused mouth. Aside from the lack of sunglasses, you ou could also think he is a character from The Matrix. This is not my favorite, but it looks also very good and matches Yukio’s angry side.

It’s cool that MegaHouse included the two face feature, since it gives you the freedom to display Yukio figure with the expression you prefer, with glasses or without. Aside from the seam on the hair it’s a seamleass solution to swap the heads. Im slightly prefer friendly Yukio. 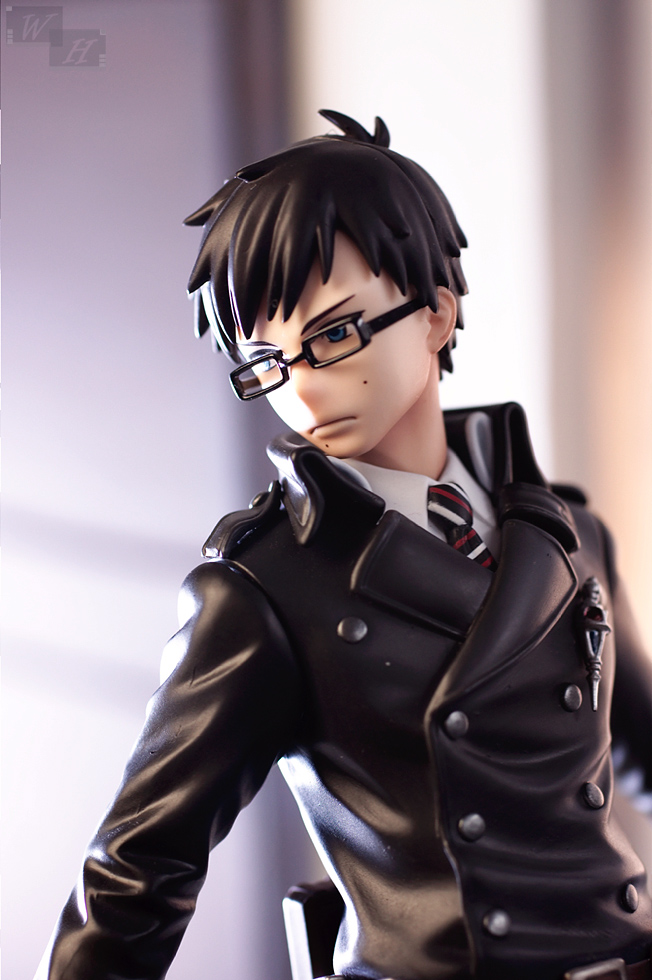 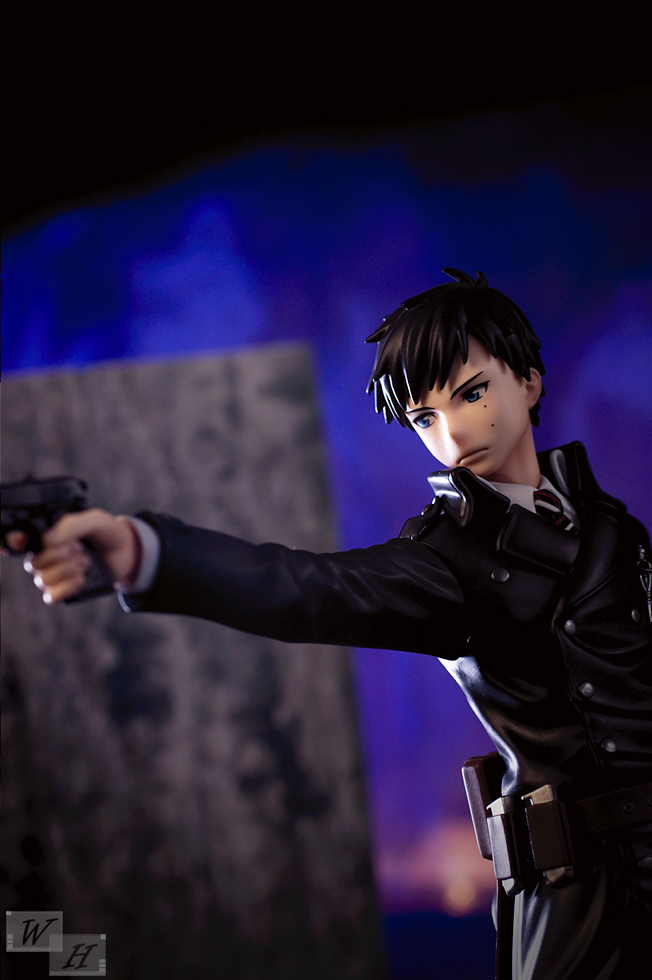 With a height 23cm Yukio is a little taller than most female 1/8 scaled figures on my shelf, but he is still in the zone to be displayed next to them without looking awkward. Yukio stance is a little leaned backwards with the head turned to the left, I have no idea why he doesn’t stand straight, maybe it should look like the bullet tim in the Max Payne video game. Yukio is wearing a long black leather trench coat which is also the unform for male teachers at True Cross Academy.

The folds and wrinkles give this piece of waredrobe it a really realistic touch, I really like the look of it. Underneath there can be seen the collar of his shirt and the striped necktie. Other parts of his outfit are normal black business man trousers and shoes. Around his waiste Yukio is wearing a brown belt where he is stioring a lot of ammunition, at the backside holsters for his two guns.

Even though it might look like the guns can be put in the holsters and the straps could be placed in the small holes, don’t try it, it’s not possible, just a nice illusion of this figure.

While mainly kept in a black colorsheme, there are a lot of small details on Yukio’s outfi, like the buttons, realistic seams and so on, the shading and incooperated details really let the outfit appear close to a lifelike appearance, overall It is very cool and are one of the reasons why the Yukio Okumura figure is so appealing. 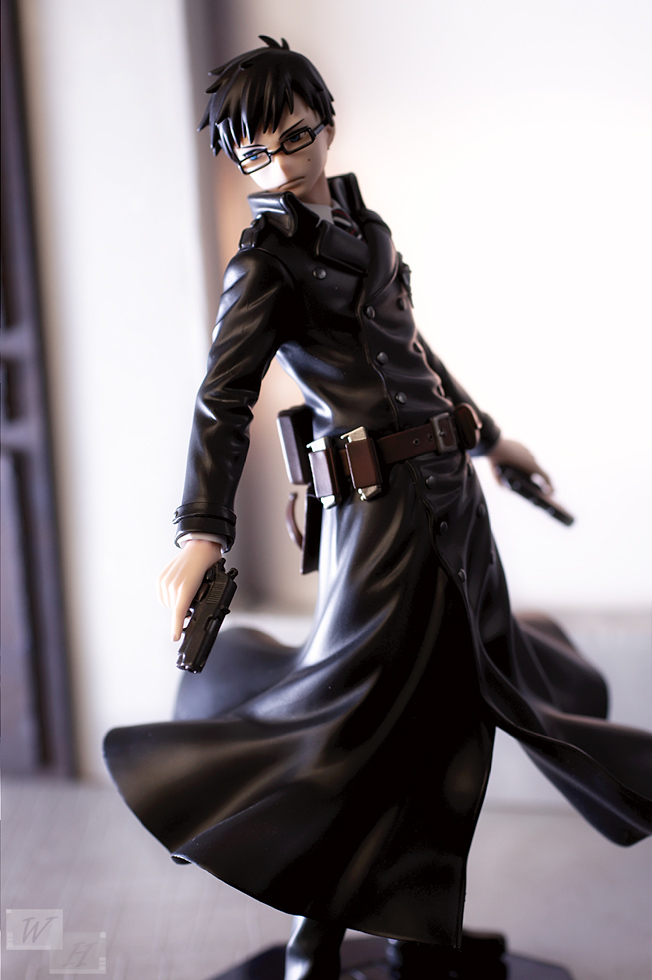 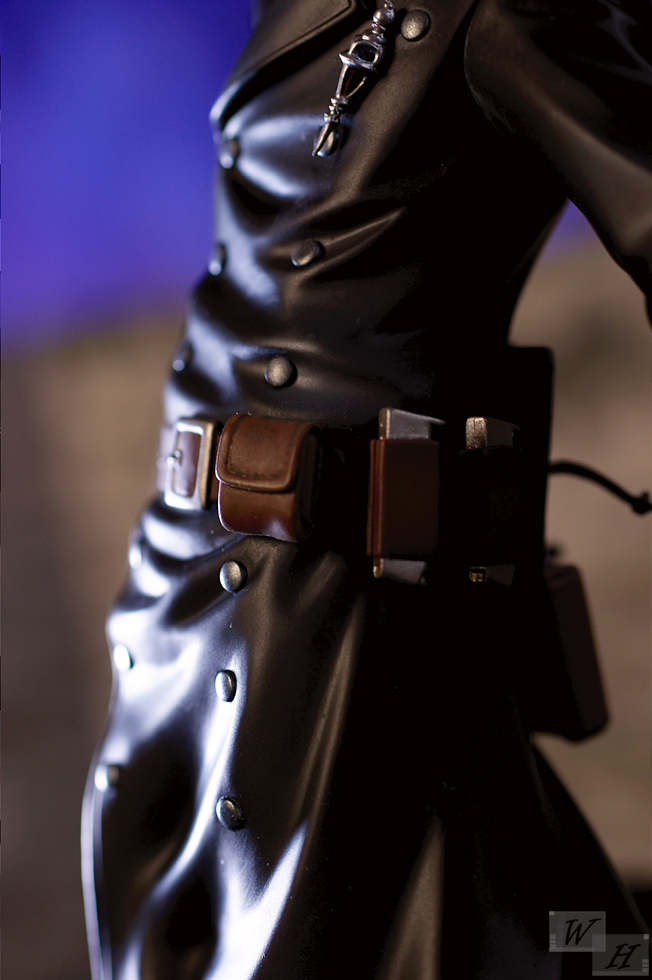 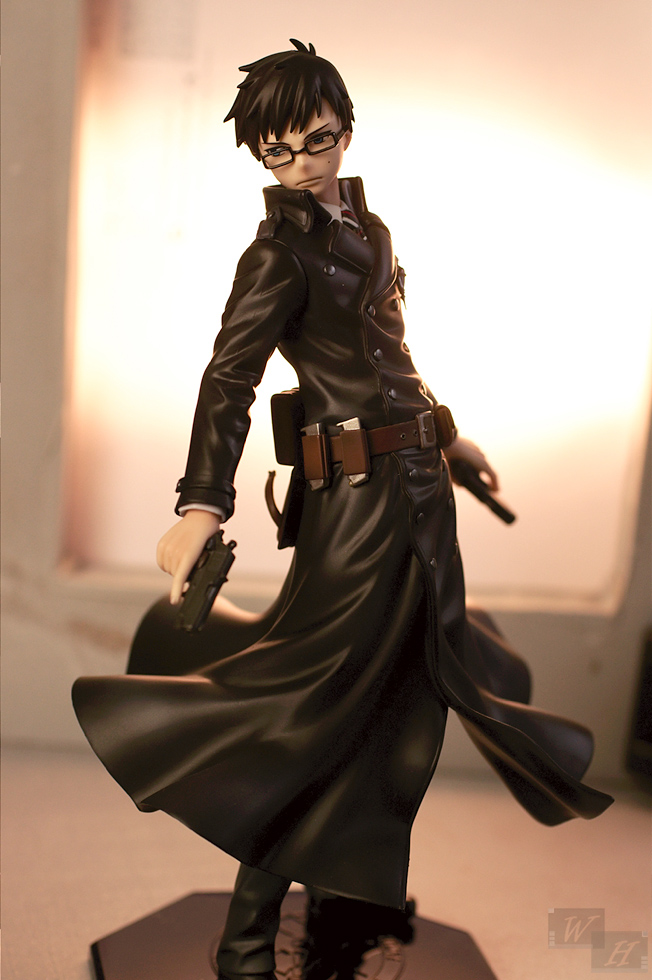 Since Yukio’s Exorcist class is Dragoon, he uses guns. In fact he id wielding two Springfield M1911A1, they can also be take out of his hands, but there is nothing elso for Yukio to hold.

The fgure has a second option to change it’s look, there is another right arm, so you can display Yukio in a more relaxed action posed with both arms down, but there is also an outstretched arm that gives the whole figure are tougher appearance. He is standing on a small, dark-blue, octagon shaped base with a symbol and the name Yukio Okumura written on it. 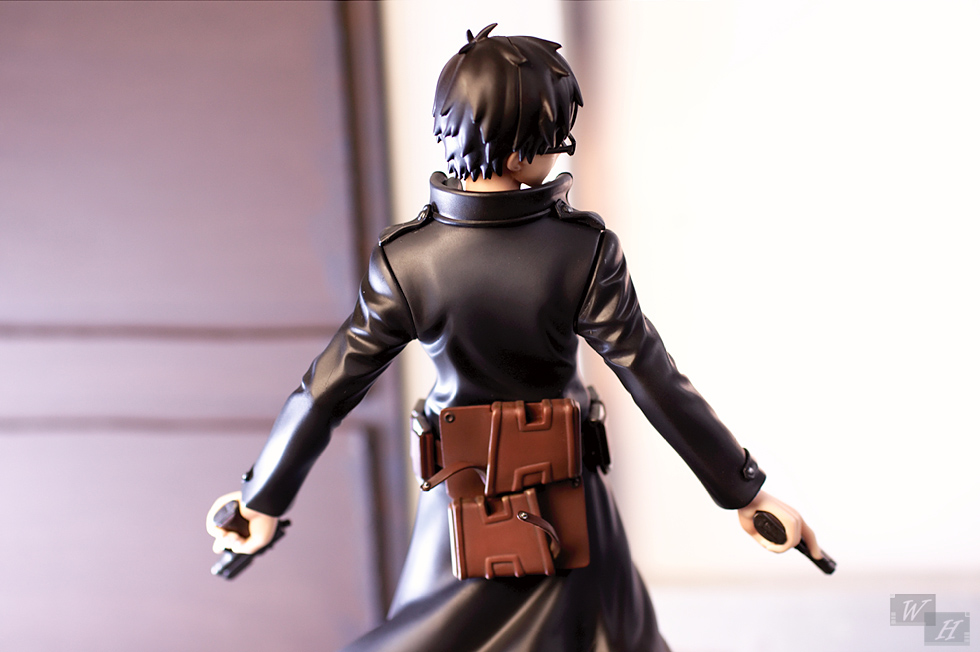 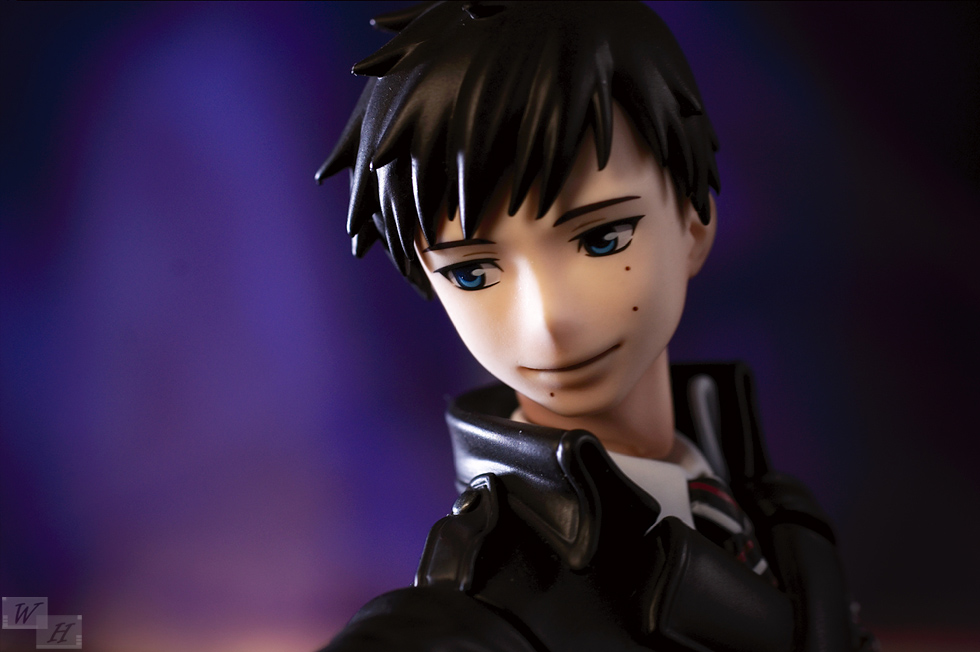 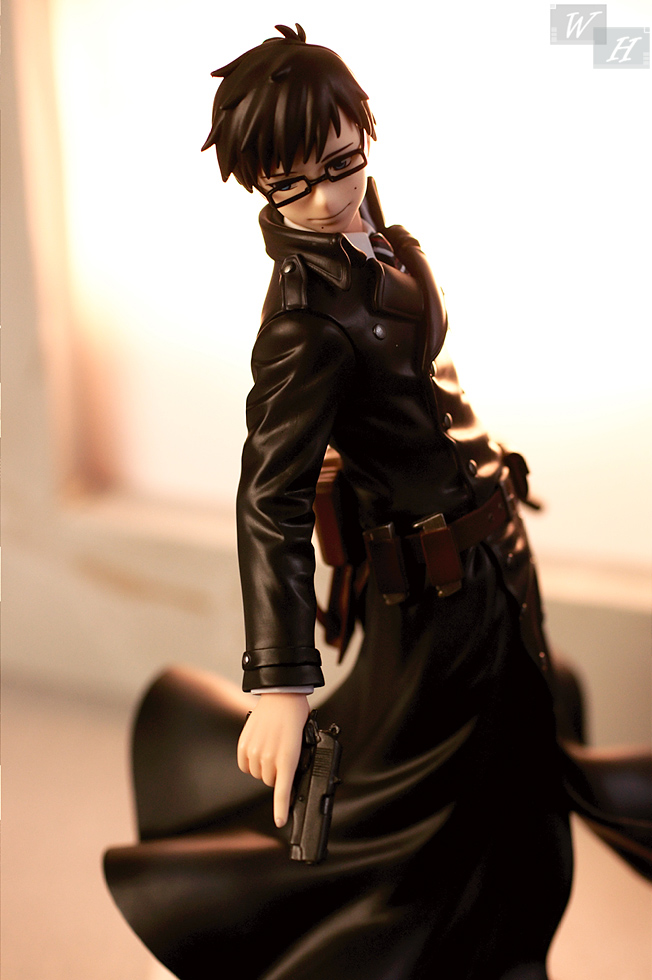 So this ends the review of Yukio Okumura from MegaHouse, they created a really good figure of this character, I have to say. Well, it is my first male anime figure and while he has not the charm points of female figures like bright cuteness or sexy curves, Yukio is a good looking bishounen figure in a very cool outfit. The alternative parts and different display options are also a big plus.

It also has really been some time since I got myself a new MegaHouse figure, I guess I only have ever bought Nanael and Echidna if Im not mistaken. A reason for that few figures might be that they rarely made figures that interested me much, they should make a Lyla from Queen’s Blade Rebellion someday. Anyway, Im glad that the figure turned out like that, he is a great figure of Yukio Okumura and has a very good quality, I haven’t found a real flaw so far.

I won’t buy another male figure in the near future, but if there would be a second time, I would definetely want to have a figure of Koyomi Araragi. He is probably my favorite male character. 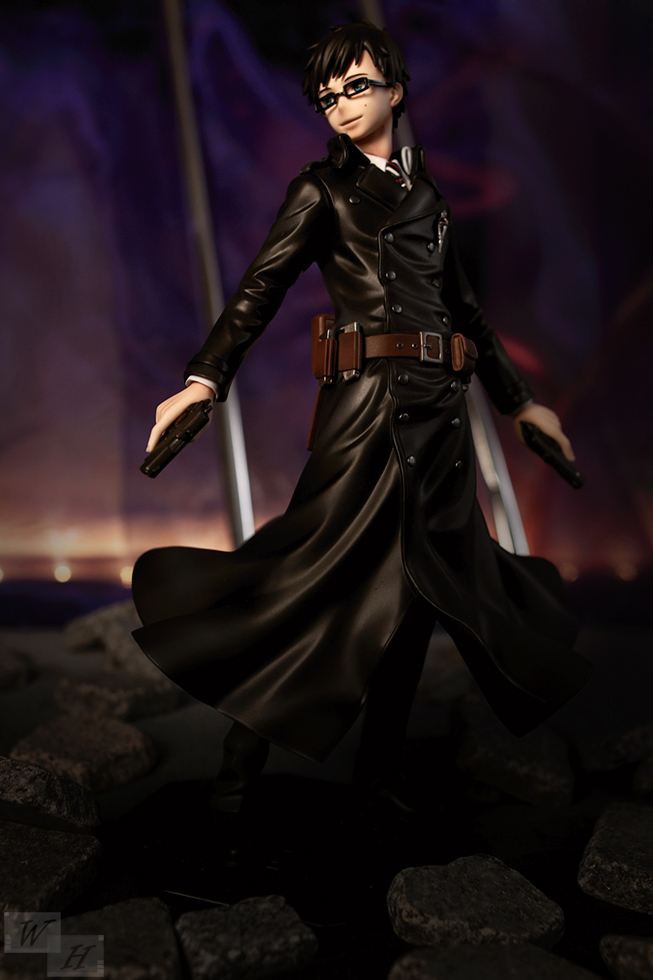 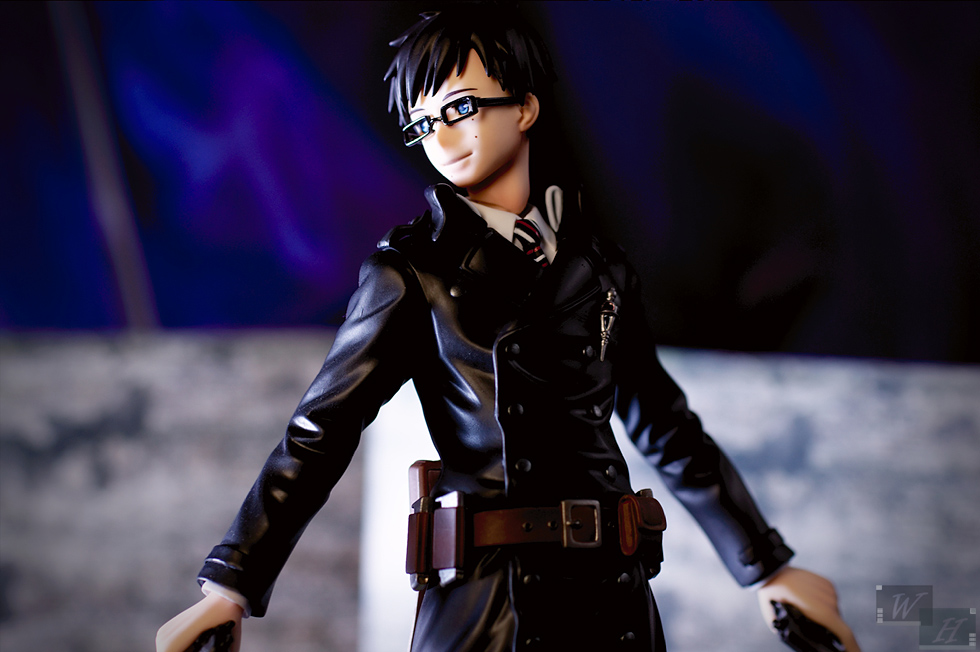 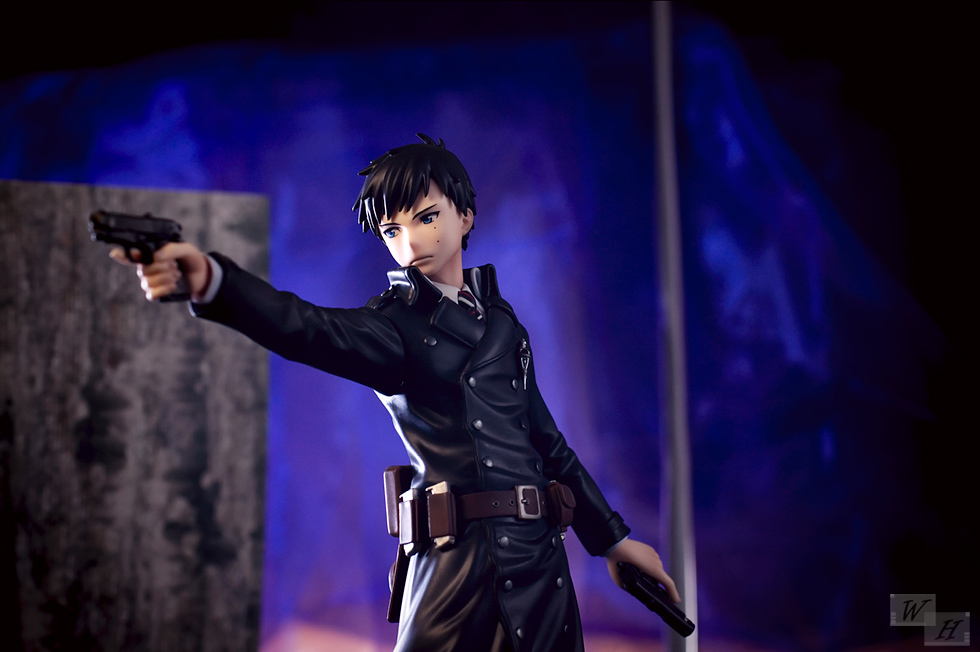 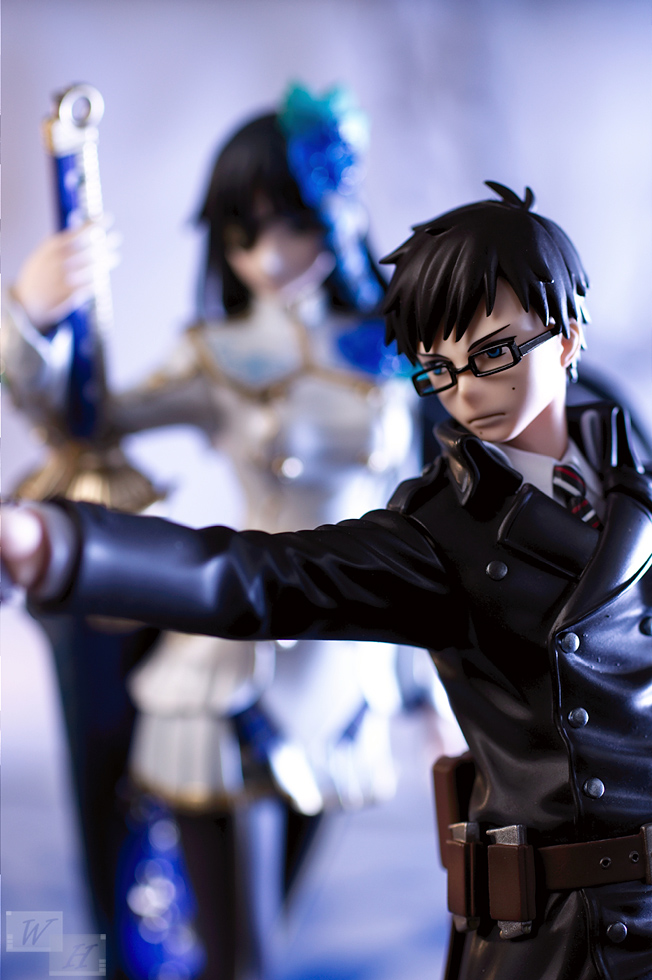 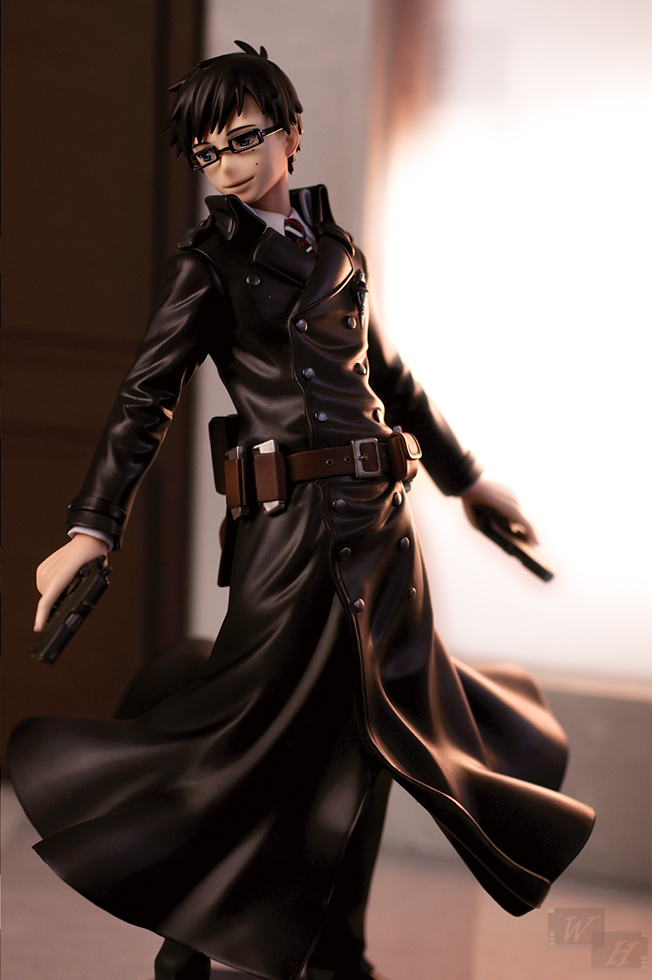 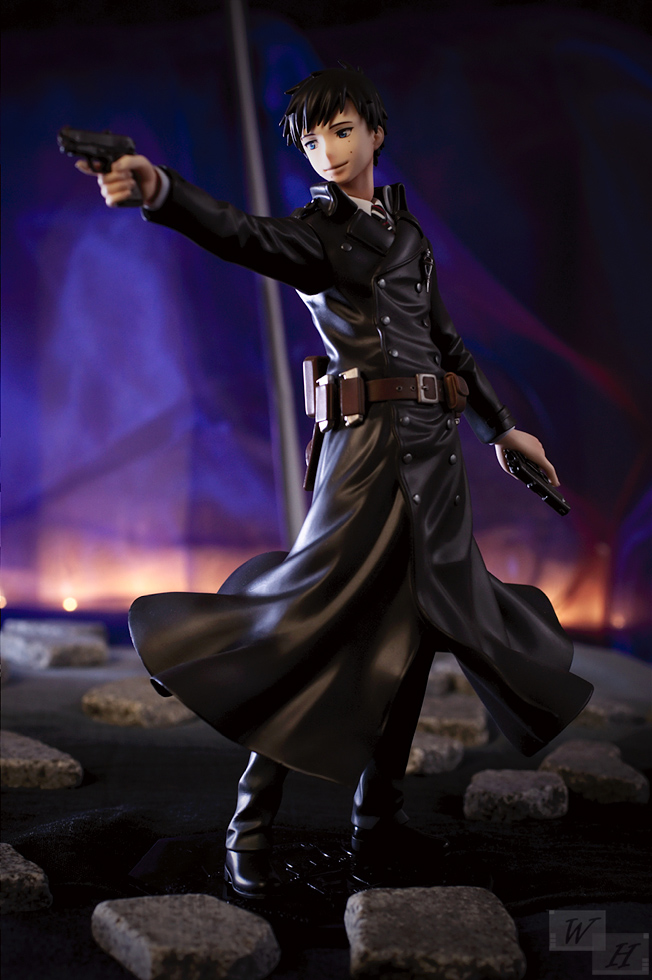 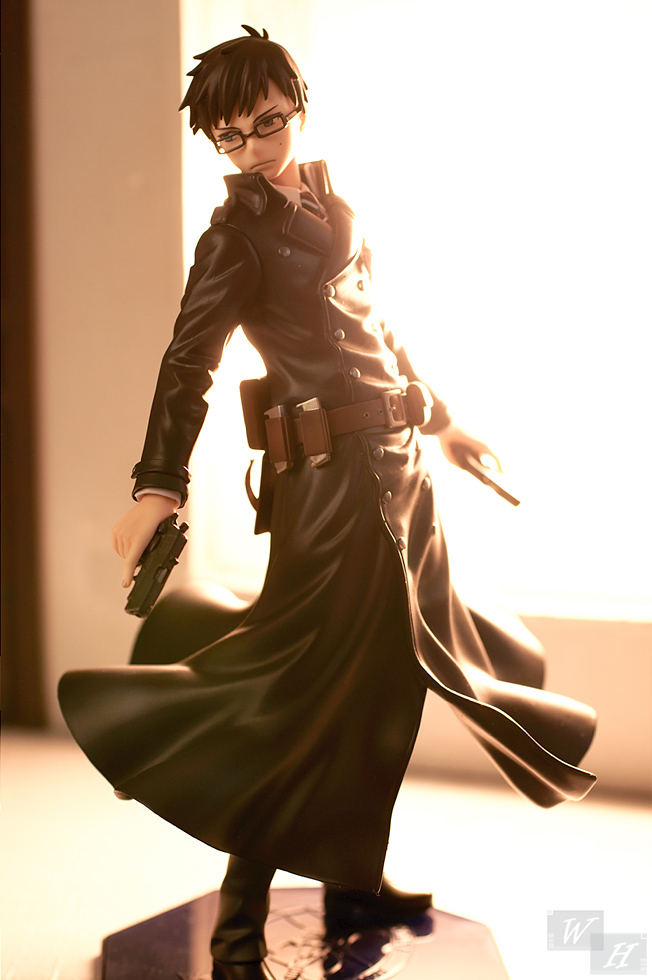