Here we have a new Preorder Post with a few new purchases and many other alluring figures where a decision hasn’t been made so far.

There also was a delay for the Fate/kaleid liner PRISMA☆ILLYA – Prisma Illya figure from Phat Company, that should actually be released in this month, unfortunately she was pushed back to April, which already is a quite busy month. I will also receive the Azusa doll in April, I’m still searching for a fancy outfit for her, even though the stuff she comes with is already pretty nice.

I restricted myself a little bit, at least for once and also tried to prevent myself from loading too many figure preorders in the first half of the year, since I know what great things can be expected to be released in this year. Hmm yes these three are mainly sexy choices. 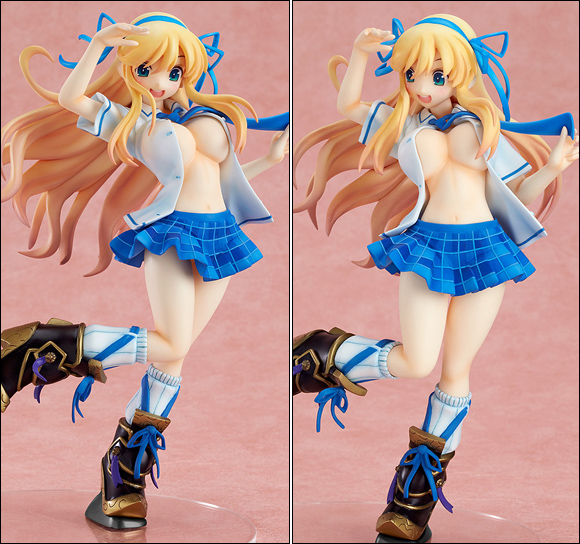 After all the good impressions of Phat Company’s Hibari, this was a nearly no brainer for me. Even though the still running anime didn’t met my expectations, I still think that the girls are cute and have an appealing characterdesign. Katsuragi is quite creepy as a person you wouldn’t see that from her look, but anyway as energetic blonde with a bright smile and big boobs I want her in my collection. Next to Hibari’s design I like Katsuragi the most with her blue skirt and the  killer boots. As well as Hibari, Katsuragi is also scaled 1/8 the release is sheduled for August 2013 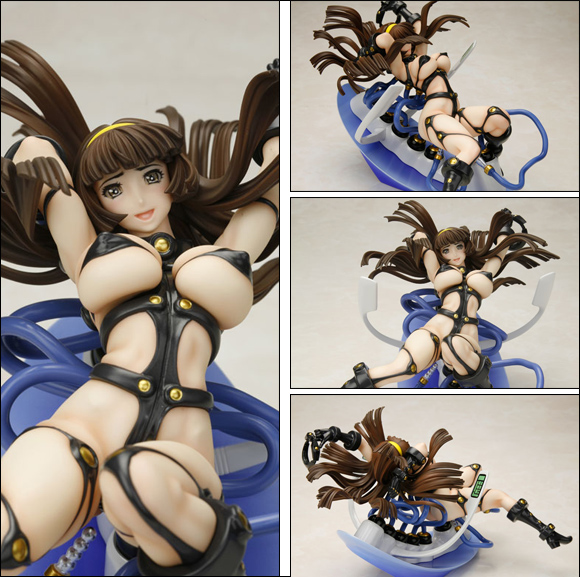 This figure has been a bit longer on my radar, I was captivated by the design and the lovely curves of Yumi. Her suit and the base have a sci fi fetish look, the base looks like a sex toy, but from what I know about Mazinger Zero it is none, it’ more something like a command center.

I was a big fan of Shin Mazinger Shougeki! Z-Hen which aired a few years ago. This figure of Yumi isn’t based on it, at least not in that outfit. I like the skin revealing outfit and her face, Yumi’s looks so damn great, well I also like that she features the style of old school manga very well. The figure is scaled 1/7 and has a length of 260 mm, in the final product, she will have alternative face parts. The figure is very detailed and for some reason her discounted price is relatively high with 9500 Yen, oh well I had ordered her for a higher price, thanks exchange rate.

Ami Ami Zero is popular for delaying their products, hopefully this figure will be more or less on time, she is sheduled for June 2013 *fingers crossed* kyahh I’m really excited about her. 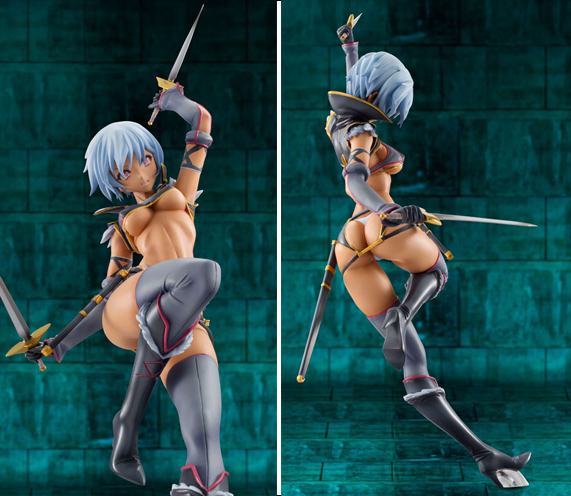 Hmm why the heck, have I ordered Irma actually!? You can only guess why Megahouse made a figure from the original Queen’s Blade at this this time, it seems that Tier from Tentacle Armada wasn’t the only one who wished for a figure of Irma, since the feedback was quite positive.

Wll, there are certain things that make this figure that appealing, Irma has an attractive petite bodyframe, still in a trained way, but she’s more slender than most Queen’s Blade characters. She also has this super dynamic pose and also a lot of details are on her body and outfit.

I really like her look, the body with the perky breasts, a nice back and a bubble butt compared to her body. Her dark skincolor makes a great contrast to her hair, actually. I would have sightly preferred a different face expression, but oh well the overall appearance is very good.

Irma is scaled 1/8, castoffable and her release date is sheduled for July 2013.

Sometimes you will get overly excited about a certain figure that you’ve seen in an early production status, only to feel dissapointed when it can finally be preorderd. I think her dress turned out beautiful, the green is gorgeous, but whats with the face, it looks so plain, pale and undetailed, at least in these first promotion shots. I don’t feel like throwing my money torwards her in advance anymore. Maybe I will be convinced another time,but not for once. 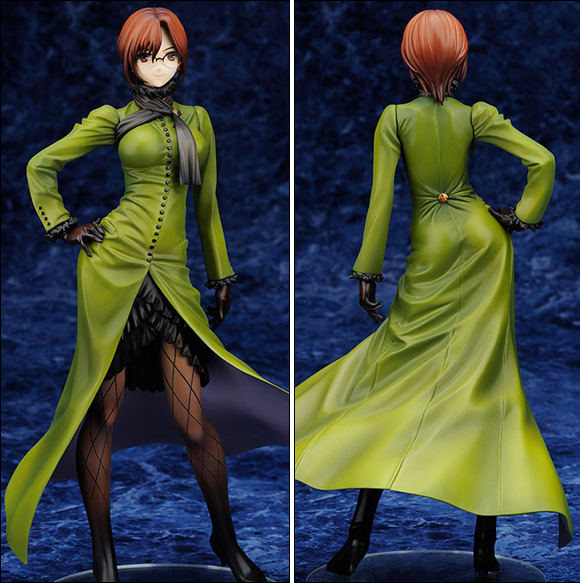 This ero figure is very popular at the moment and Im starting to fear that she will be sold out before release, which happens not that often with figures from Orchid Seed. Yuki is a bold figue without pantsu and have you noticed where her fingers are? actually I didn’t pay attention to it at first. Hehe, it should be fine when displayed normally. The figure looks very pretty, I like the flushred cheeks and her cute moaning mouth. You can display her with the “wet t-shirt” look with her boobs exposed or just admire her plump butt. So far I could resist preordering her, since I’ve planned to get her at a later date, but Im not sure how long this composure will last. 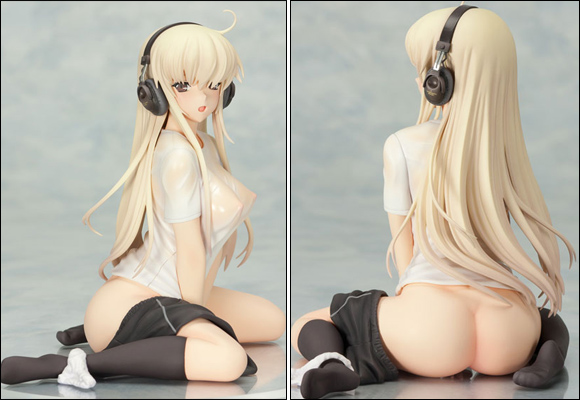 Nymph seems to be the most popular Sora no Otoshimono character at least on the manufacurers side, Kotobukiya already made a second one as well as PLUM, which can be seen here. They’ve put her into a innocent white school swimsuit, that compliments her butt nicely. The 1/6 scaled figure of Nymph has a cute energetic pose, her face doesn’t look like exactly like in the illustration she is based on, beside that it appears like an adorable figure. In worst case just display her from the enchanting backside ;p As I was checking on her at Ami Ami, the site said it’s sold out. I’ve waited too long! but maybe I’m able to get her on or after the release date. 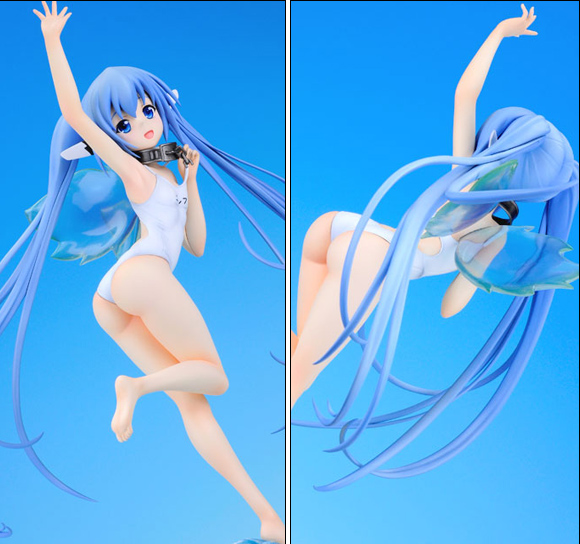 Kotobukiya is pretty serious in adapting the Idolm@ster characters in the Angelic Island versions, where they put the girls in beach fashion. I already found the majority of them pretty adorable like Haruka, Makoto and Yayoi even though I haven’t bouth them in the end. Hibiki is no exception in terms of cute bishoujo appeal, her face is very pretty and her fang adds a little more playfulness. I’m also a fan of dark hair and the kind of earings, Hibiki is using, lovely ^^. 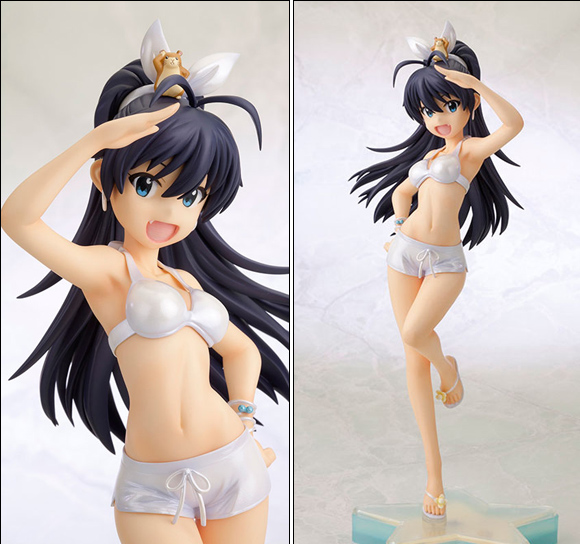 That face expression is priceless and let’s this figure appear super adorable, I really like the lovely expression and interesting pose of this figure. Also her school uniform is appealing, I like the colors, the stockings and her sneakers. The only problem is that I have no experience and no trust in CM. I have serious doubts, that they will deliver a quality that satisfies me and with that in mind she is a few thousand Yen too expensive, still I would like to have her in my collection, since she looks so appealing in these promotional pictures. On second look her butt could be a bit bigger, but that is my least important concern and something I could live with. 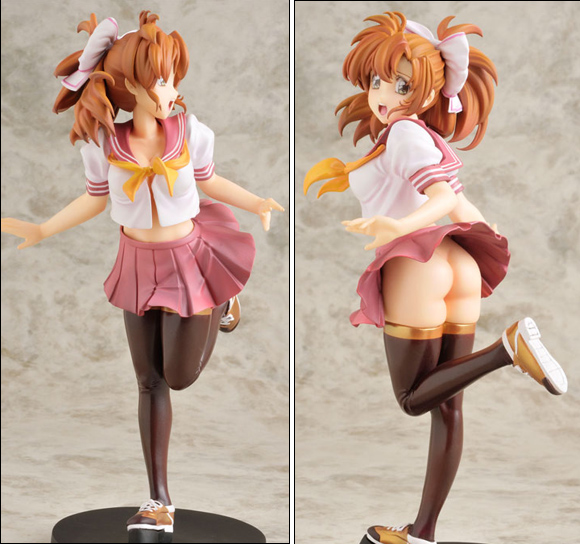 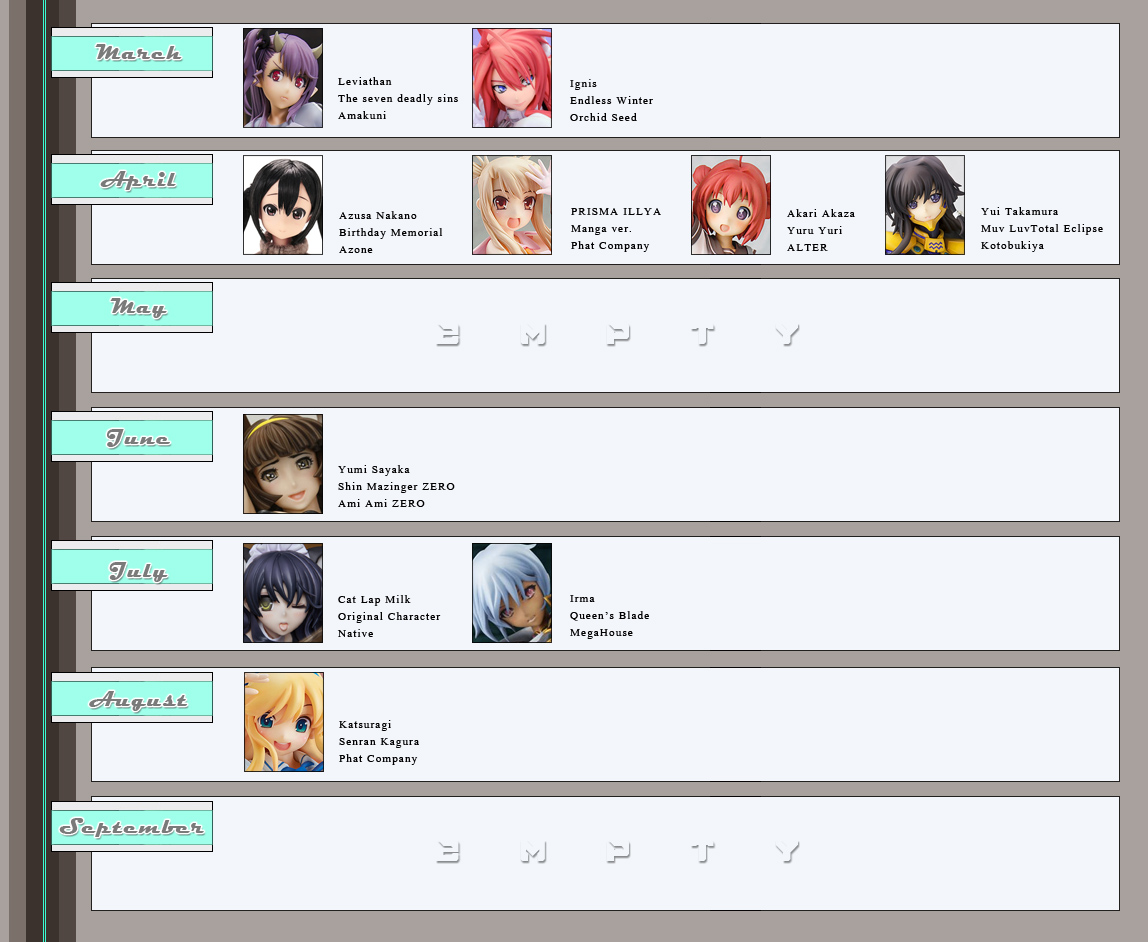