Welcome to the next part of  from France with love, this part features the activities we did during the vacation. I actually only wanted to make one post of it, but now it will be three parts of my vacation, I hope you don’t mind. Afterwards we will be back to figure business.

The unofficial first activity was to find the next big supermarket, we had a Super U for the daily needs in town but when searching for more we had to go to Hyper U which was 40 km away, but they had nearly everything from booze to bread. I bought my first maccarons there *lol*

As first activity we visited Nice, finding a parking lot for the Van in the narrow and cramped streets turned out to be impossible on this certain day. While such narrow streets have a certain charm in combination with the architecture it’s kind of bad when you go there by car. Anyway the white beach with the blue water is a lovely sight and I would have loved to take pictures. 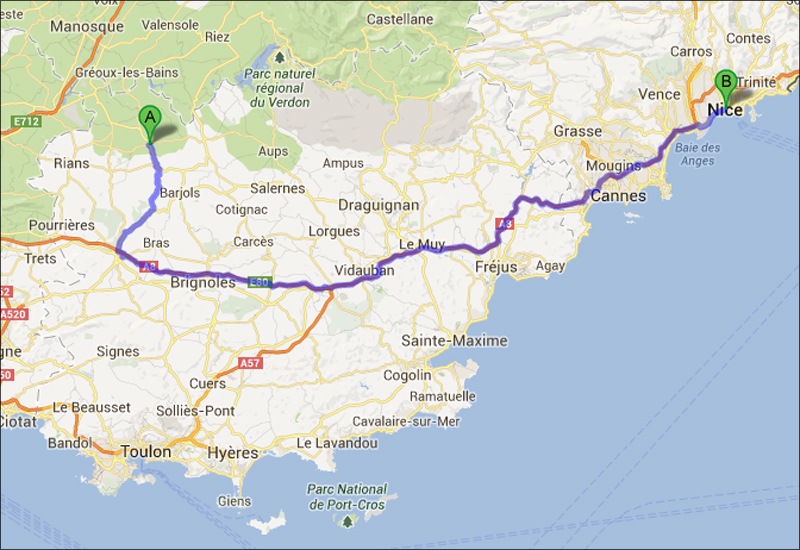 Nice extends beyond the administrative city limits with a population of about 1 million on an area of 721 km2. Located on the south east coast of France on the Mediterranean Sea, Nice is the second-largest French city on the Mediterranean coast after Marseille. The Nice area has a natural beauty and mild Mediterranean climate which came to the attention of the English upper classes in the second half of the 18th century, when an increasing number of aristocratic families took to spending their winter there. The city’s main seaside promenade, the Promenade des Anglais (‘the Walkway of the English’)owes its name to the earliest visitors to the resort. 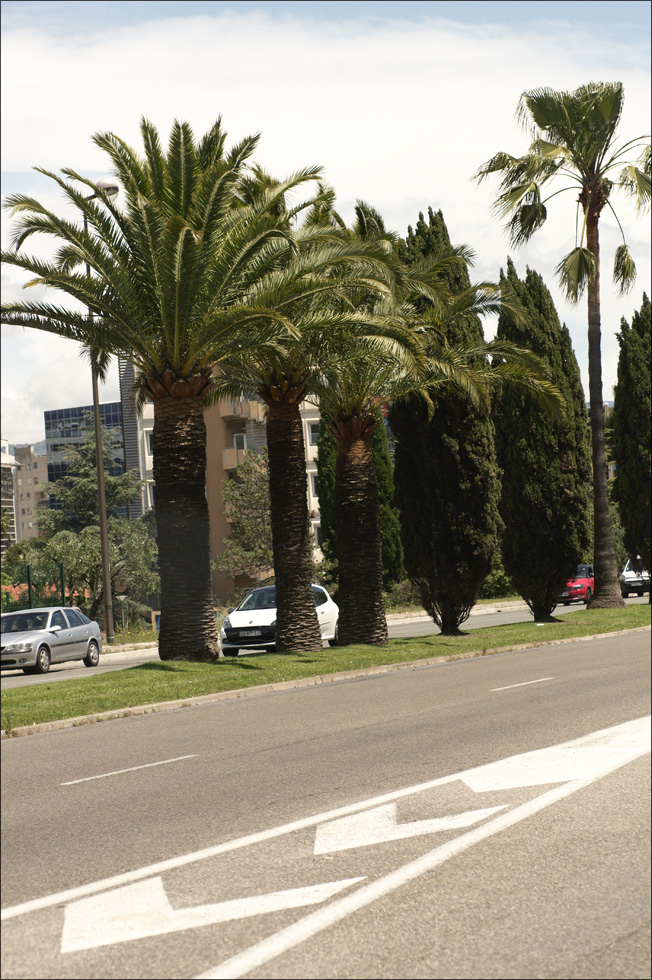 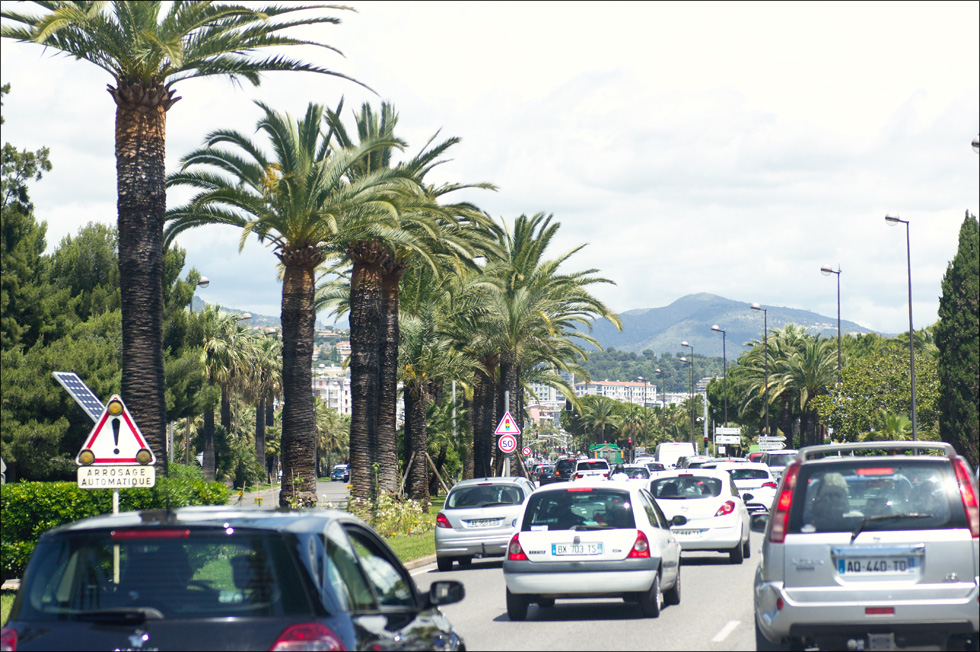 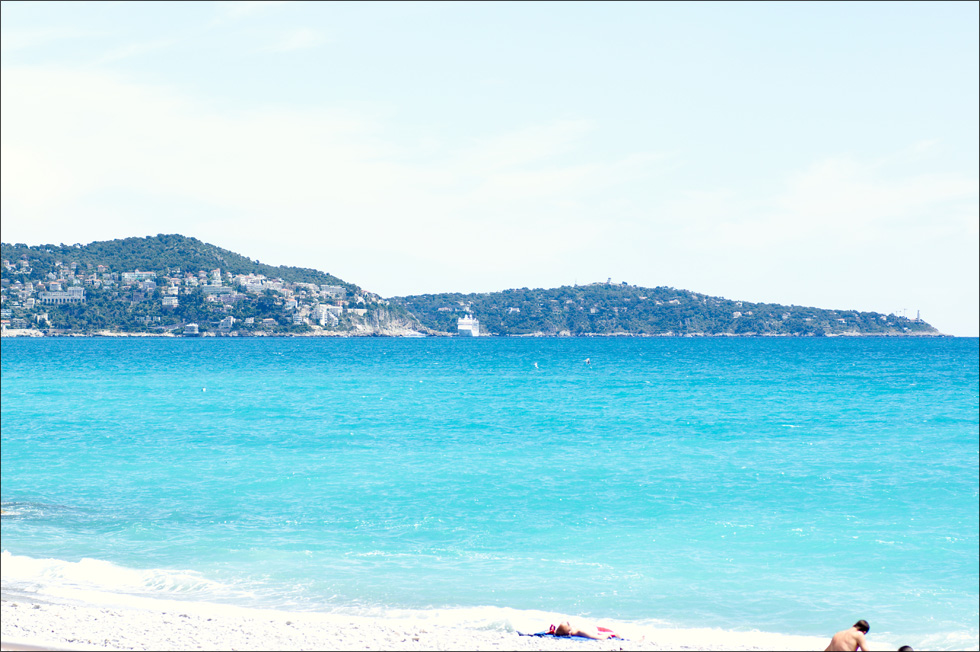 After the stressful hunt for a parking lot in Nice, we decided to drive to Cannes, another famous city near the ocean, in this region the weather already turned bad that day. The trip to the coast turned out not that satisfacory in my case, but it is definetely worth a visit when it’s not super crowded at noon. I would suggest to go there by bus or bike in case you are nearby. 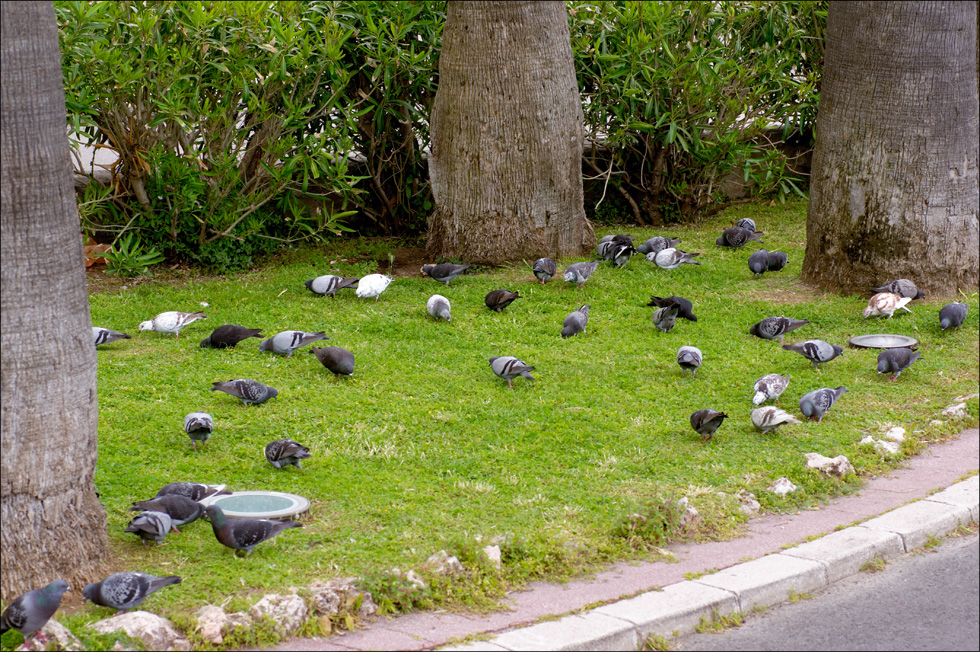 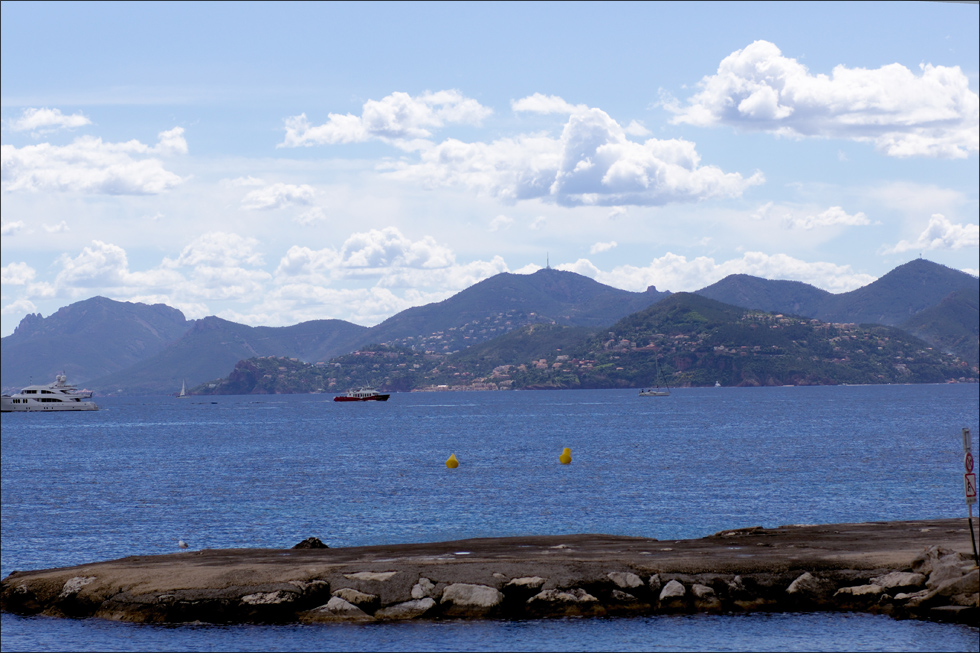 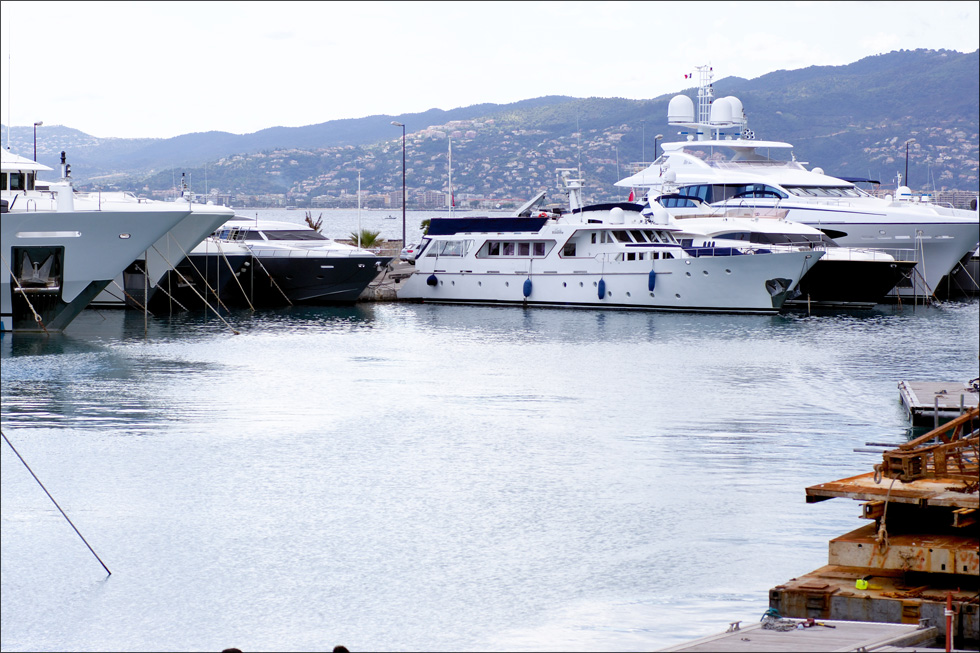 The next activity was the visit of La village des Tourtoises in Gonfaron is an animal park and rescue center in one, only dedicated to turtles. It takes care of injured and sick turtles, but they also breed the animals. Dad proved that you can turn a 60 km ride into a two and a half hour tour when missing the right road. It was burning hot this day and our mood wasn’t the best. 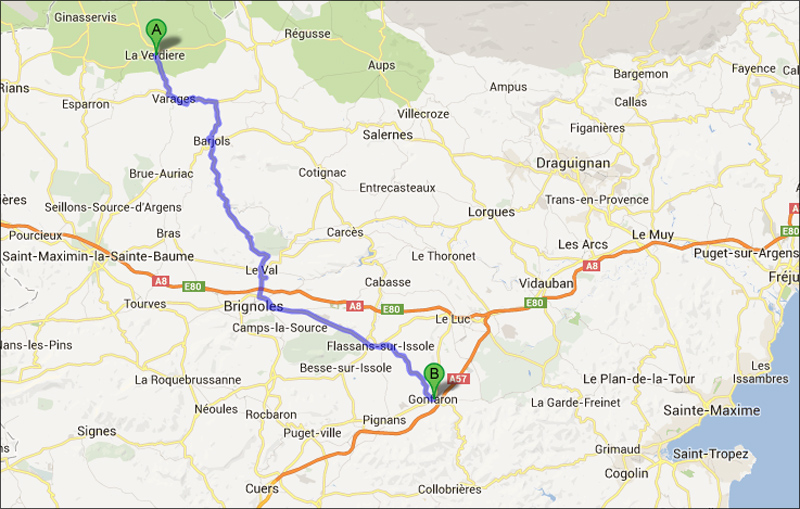 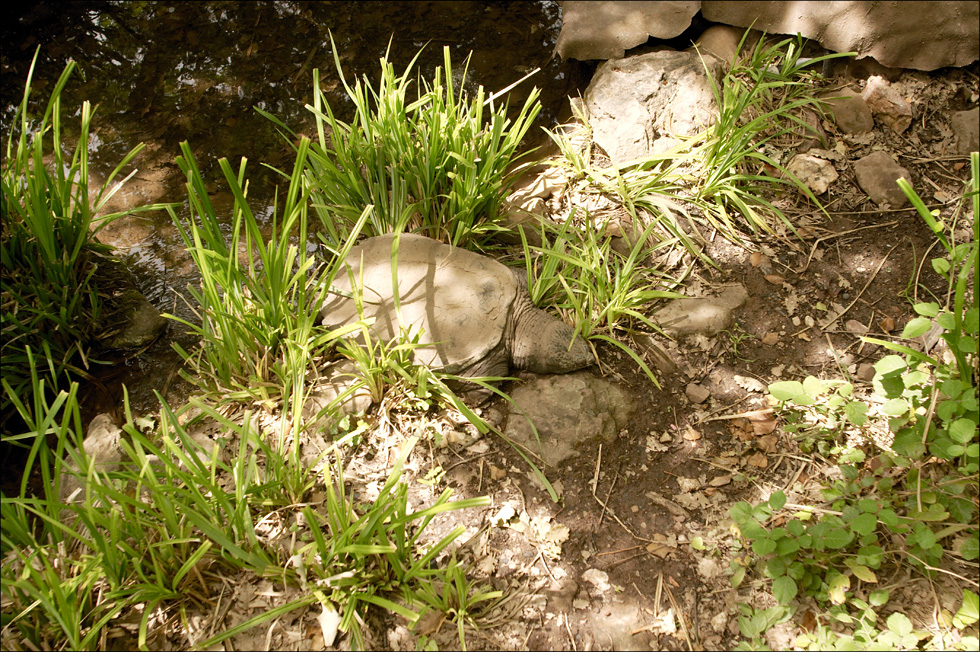 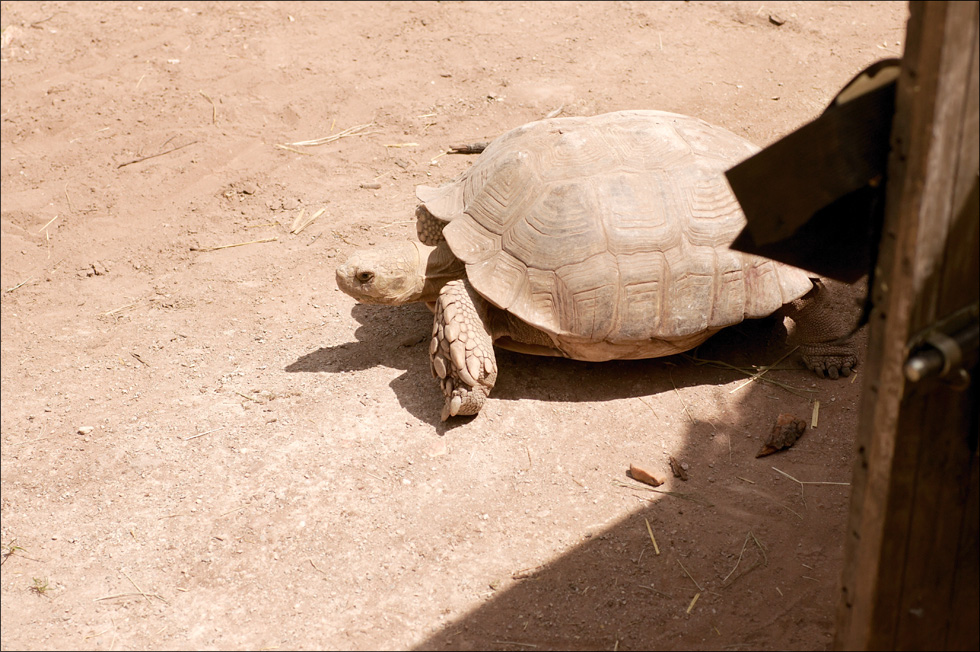 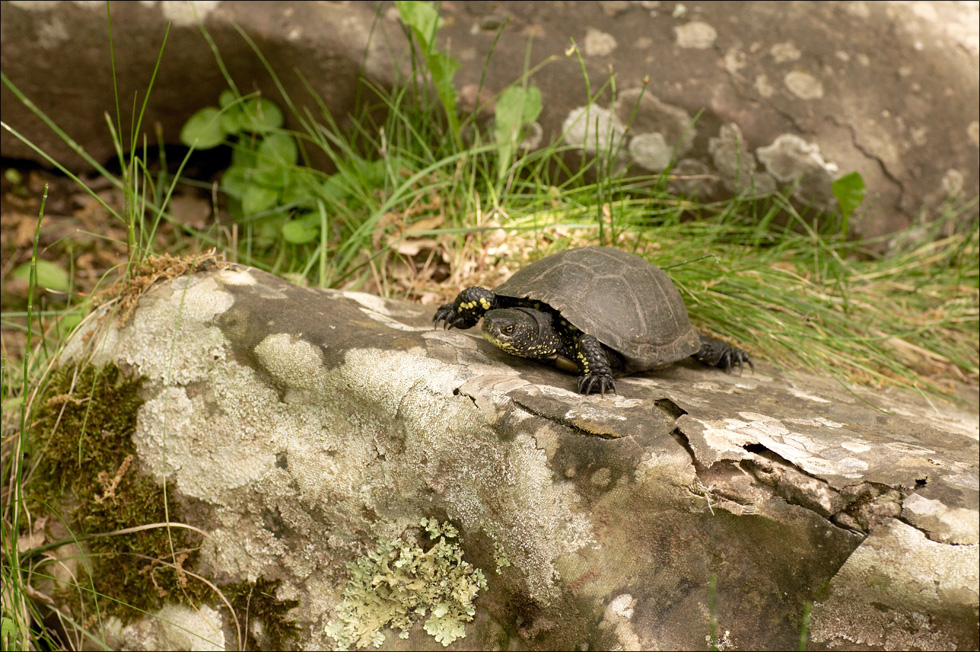 The park offers informations about turtles and what can be done to preserve them. Turtles are an worldwide endangered species who suffer from shrinking habitats in the nature, car accidents while crossing streets and animals like rats or stray dogs.

The whole park is about 3000 hectares wide and offers space and care for around 1500 animals. 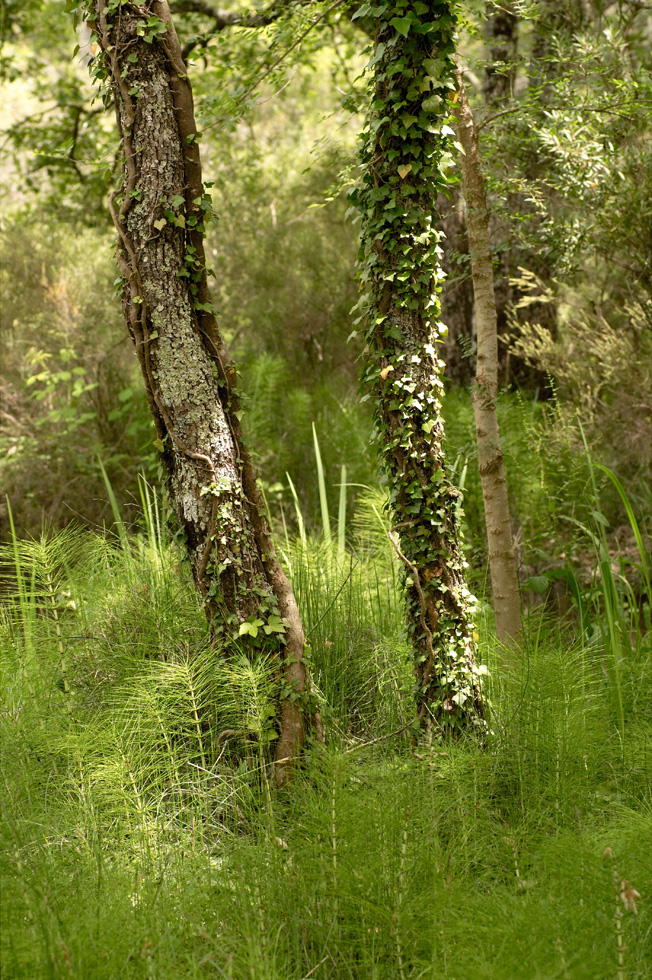 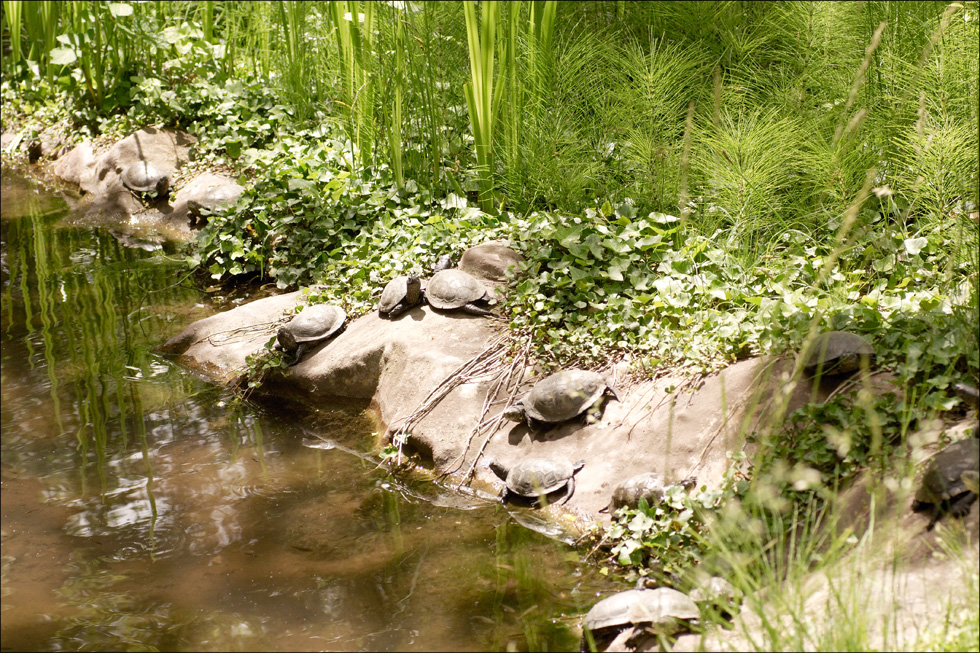 Thanks to the Provencal climate, the turtles can be kept outside in wide compounds which are close to the natural habitats for breeds around the world. I liked the places of the swamp turtles the most. It’s good to see that these turtles are in good care and in a appropriate environments. In contrast the roads for the visitors with the shaky wood planked stages had an adventurous flair. The visitors can also take a look at the hatchery, nursery and the turtle clinic. There also was an interesting sideattraction about the prehistoric evolution of reptiles. 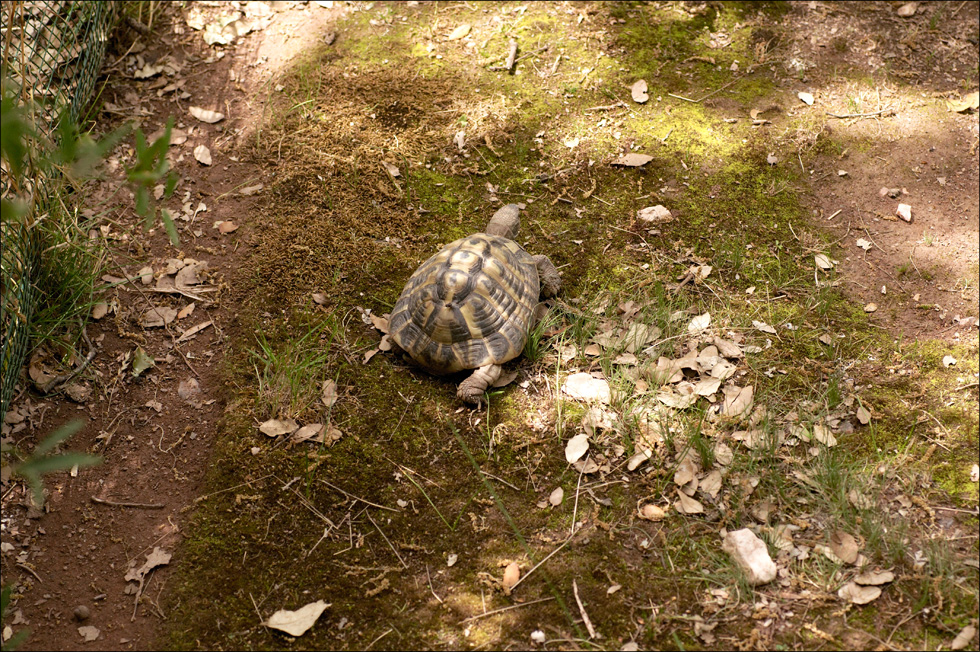 The park is not the most modern one, but if you like the nature and love turtles like me it is definetely worth a visit. Dogs are allowed “Le Chiens admis en leisse” that was actually the only new sentence I’ve learned during this vacation haha.

As last official activity we did was visiting Les Gorges du Verdon, the Verdon Canyon is a unique site in Europe crossed by the river Verdon, you may find on this site the best advice in order to visit the Verdon country in advance. Located in the midst of the region of Provence, Alps. Crossing over the departments of Var and the Alps of Upper-Provence. 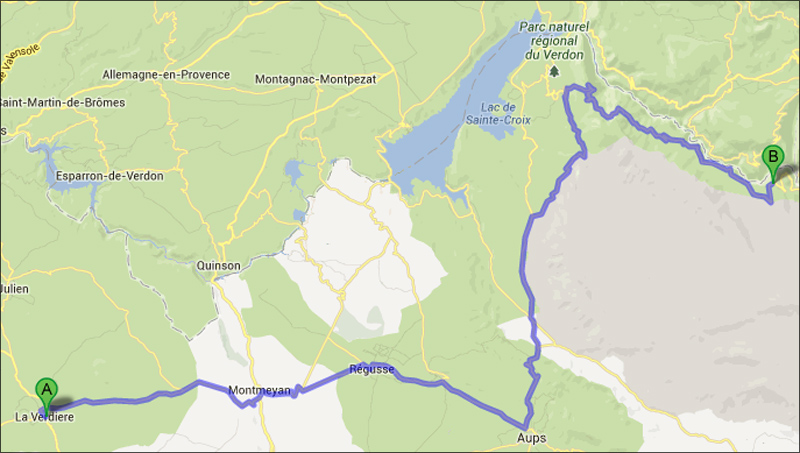 There you can drive along  the canyon on a dangrously narrow winding road, it’s a bit scary since the canyon is 700 m deep, but you are rewarded with a fantastic sight. 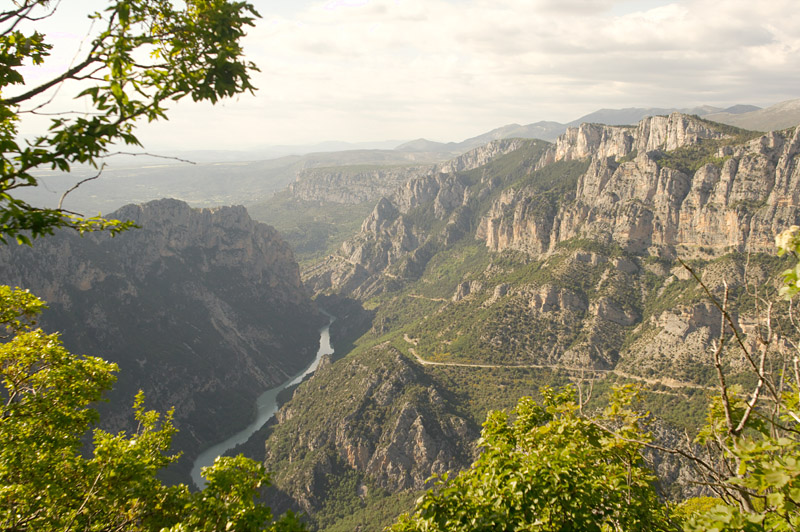 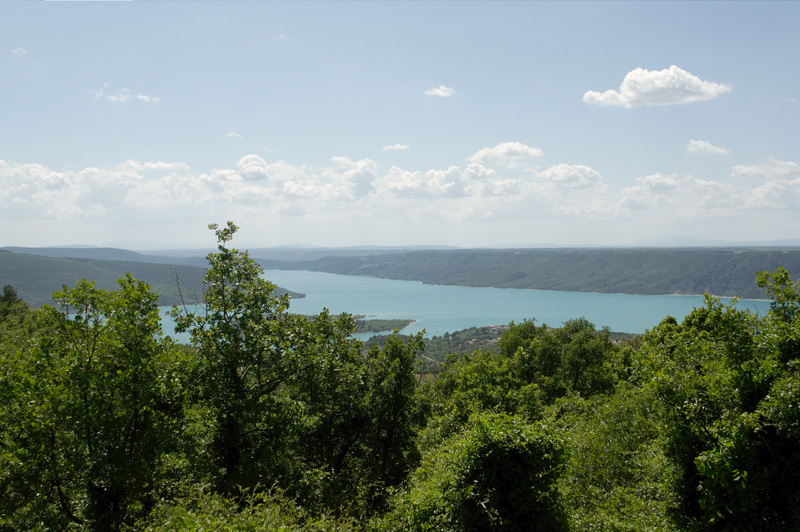 We also visited the lake nearby called “Lec de Sainte Croix” the blue water was just beautiful, pedal boats can be rented at the shore. 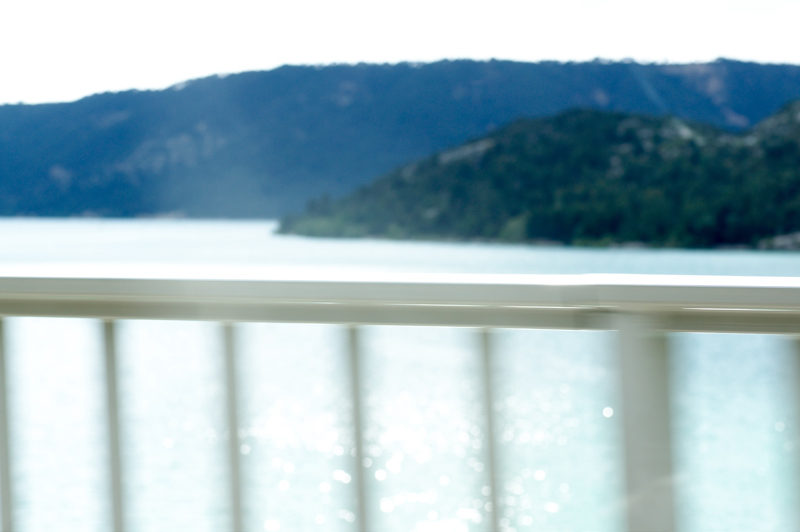 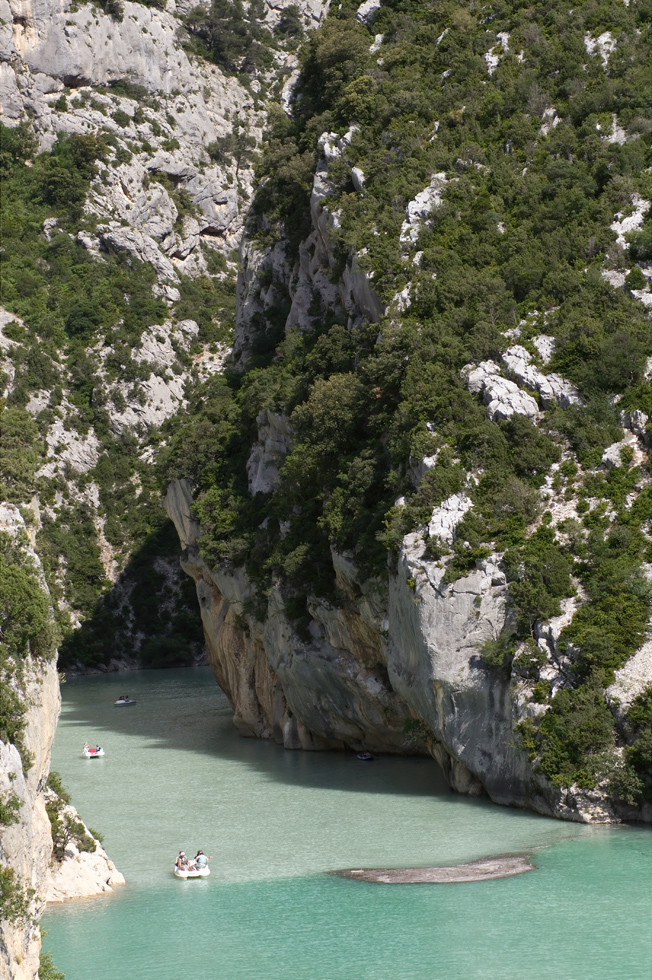 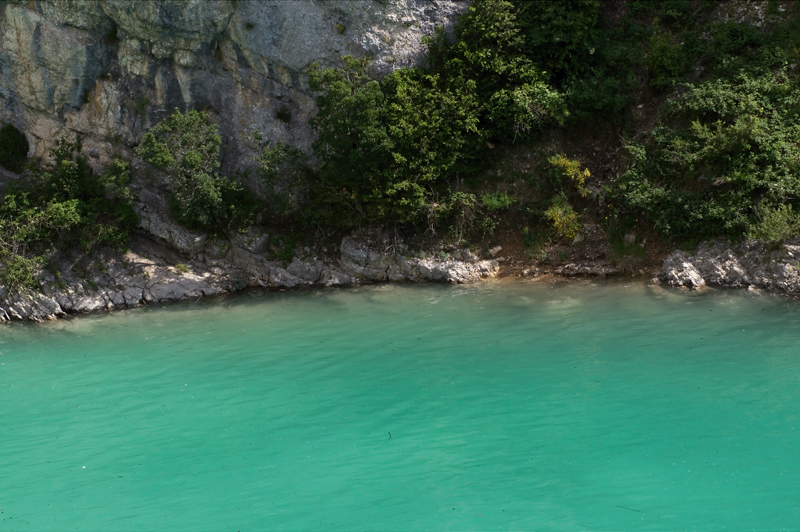 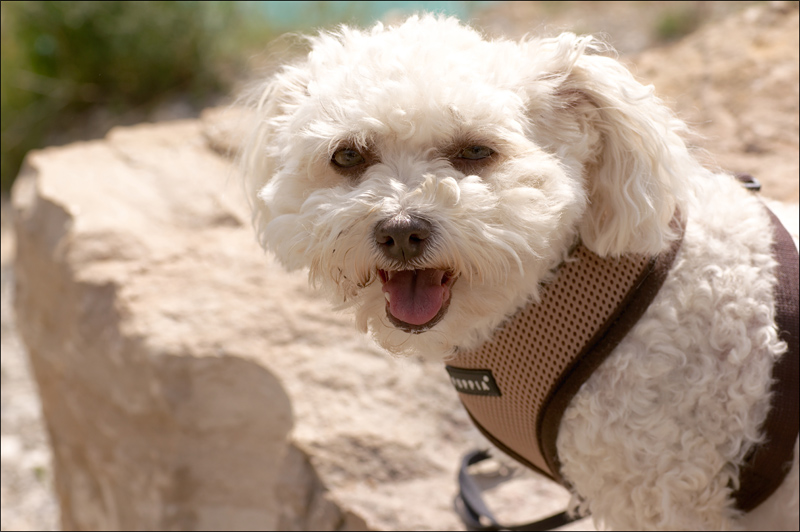 This is our dog Paula, as russian breed she is not a real fan of heat, but she dislikes to stay at home even more.  In La village des Tourtoises she hurt her leg a little, but had no serious injury, despite her compact size it’s a tough dog. Paula also swam in the pool 😀 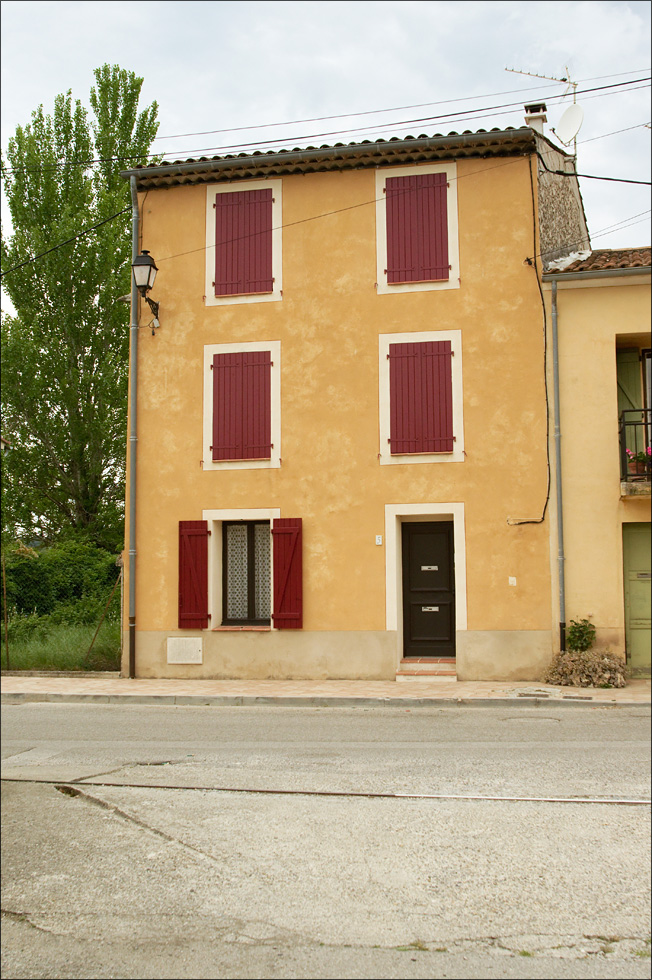 This kind of nostalgic architecture could be seen all around the area, I don’t know how it is in the inside, but from outside it’s mediterran style is quite charming. 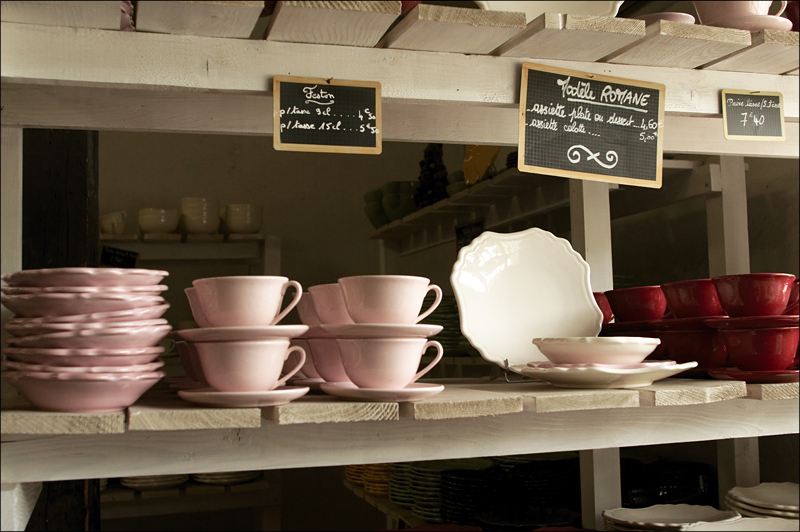 There was a cute little dishes shop nearby. These price chalk boards looked so adorable I just had to capture these with my camera. The shop owner spoke no word english and we spoke no useful word french, still we got a very kind and friendly service 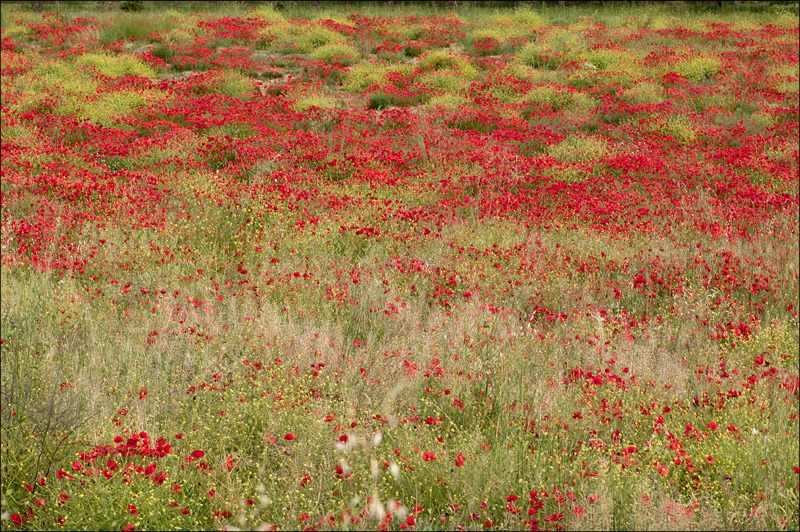 Red poppy fields was a common sight at the sides of the road, what are they doing with it?

In summary that was a great vacation, we had 12 days of nice weather with around 27 °C and the luxury rented house was a nice place to stay, swimming in the pool, sunbathing or watching anime at night, it was awesome and very relaxing. The daily trips were a bit exhausting with the curvy roads which could also be used as Rallye Stages, but I loved the really nice scenery which was full of intact looking nature next to the roads and the always present mediteran flair.

I often heard that French people were arrogant in terms of their language. Of course ot everyone understands or speak english, but the French people of the countryside are very nice people and understanding. You won’t starve with very bad french skills, but knowing a few phrases would be an advantage to be honest.

I would encourage everybody who wishes to discover the south of France, to do so, it’s lovely.

In the #3 post I will show you what kinds of figure photography I’ve done. stay tuned!.