We already took a look at a few figures from the summer Wonder Festival in part 1, with a little delay, I present you the second part of  Wonder Festival 2013  summer event. Maybe the topic lost it’s hype appeal by now, but I still want to list the remaining figures that caught my attention, so here we go with the featured figures from a number of popular manufacturers.

To save some time, I haven’t left a comment on everything , but I’m interested in these items.

Is there really a need for more Madoka figures from GSC? sure this appears more creative and dynamic than the first batch of figures, but still it’s a little odd.

Whoops this wasn’t made by Phat Company, my bad ^^

*lol* Idols can be so ridiculously cute, I already love this happy, happy darling. Her frilly multi layered skirt, the exposed belly, the short sleeved blouse, everything radiates sweetness. Normally I don’t care about figures “without” eyes, but I don’t care, Uzuki is on my list. 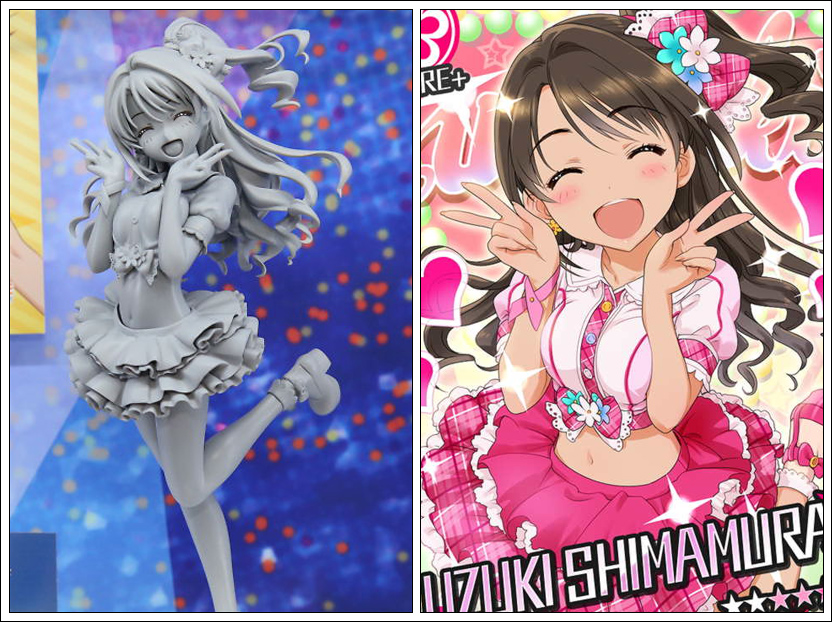 Magi was a cool anime that will continue soon, aside from shounen cry baby Alibaba’s depression, it was totally awesome. Alibaba got no figure, but Morgiana an Alladin. The character designs were very appealing and therefore I think these figures will be great.

In the official illustration the Amazon character looked a little deformed to me, here MegaHouse gives her more appealing shape, even the face seems softer now. I like the design a lot even though I prefer it more petite in general, the Amazon is sexy with her muscles and overall appearance.

I totally wished for a PVC adaption of these two elaborate Garage Kits, my heart literally skipped a beat as I saw Altines and Altlene on Wonfes. I like the Busou Shinki anime quite a bit, the tiny, kind robots were really adorable. This might be really cool, I slightly prefer Altines to be honest. 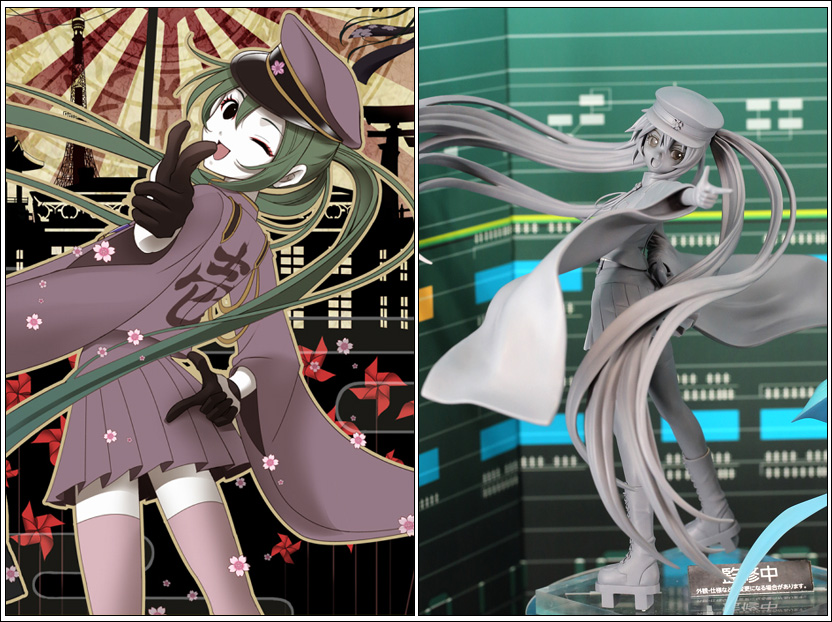 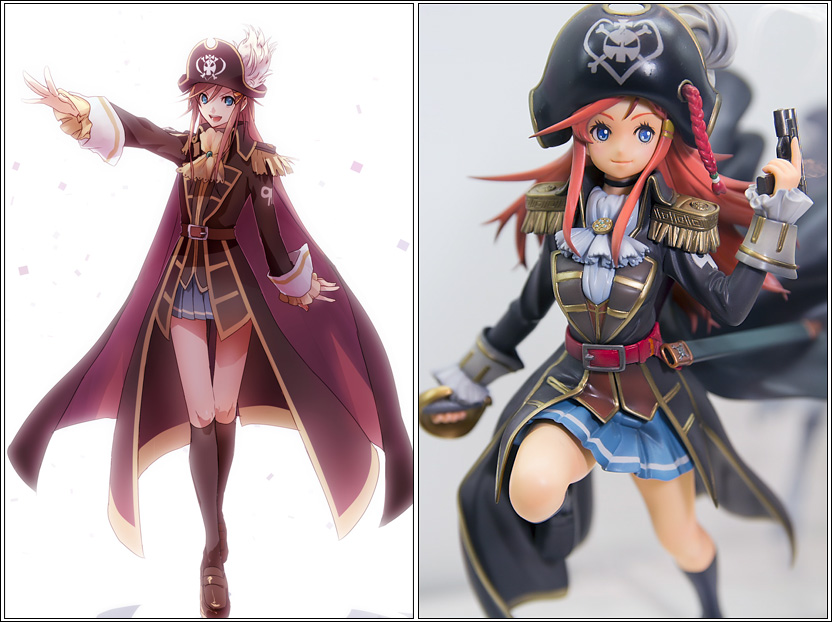 This character is quite popular in Japan now, I guess she’s from a funny game with battleships. I also like her appearance. 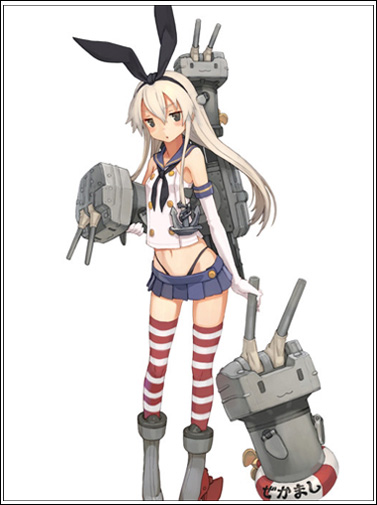 *lo* not every figure of the Sins has an own prototype, but they already start with swimsuit figures, I actually wasn’t interested in Lucifer, but as swimsuit figure I like her quite a bit.

Belphegor is my most favoríte design after Leviathan,  she looks like a cute animal mixed with a cute girl （‐＾▽＾‐）The clothes or what is left from her outfit are attractive, hehe these stripes around her legs make me dizzy. The sitting pose already creates a number of photographic possibilities in my head. 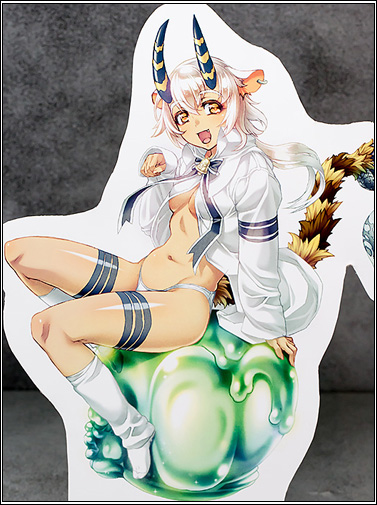 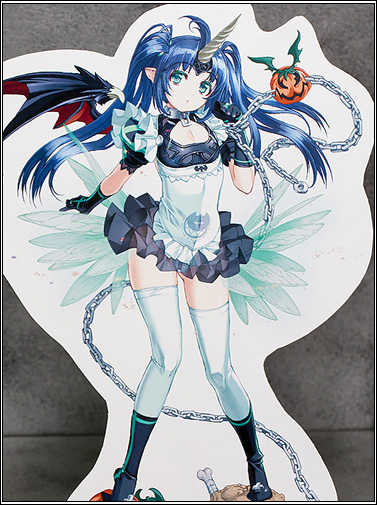 I’ve never seen this anime, but the figure is cute, she even wears a full swimsuit.

The 1/5 scaled Sonico will come out this year and the Cheerleader Sonico will be ready for preorders soon, aside from that they updated and worked on a few prototypes from previous Wonfes events.

Max Fatories Dark Elfs looked good, but rather scary for me. I’m curious how this will turn out. 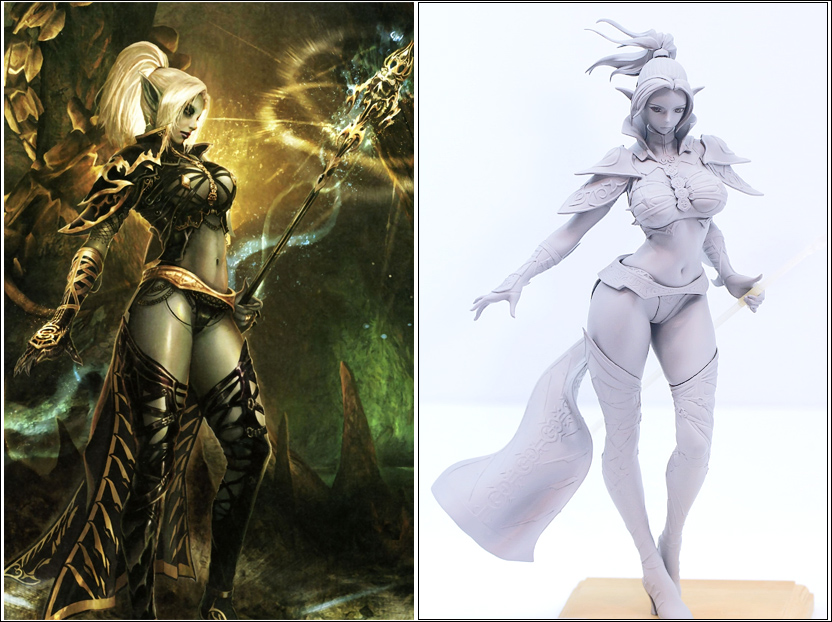 A sexy, sailor seifuku Succubus, this combination is brought to you by anime culture XD Im not sure about getting something like this, but it’s interesting and the 1/6 scale is cool. The censoring might be a bit misleading, she’s wearing underwear, there is nothing coming out *lol*. 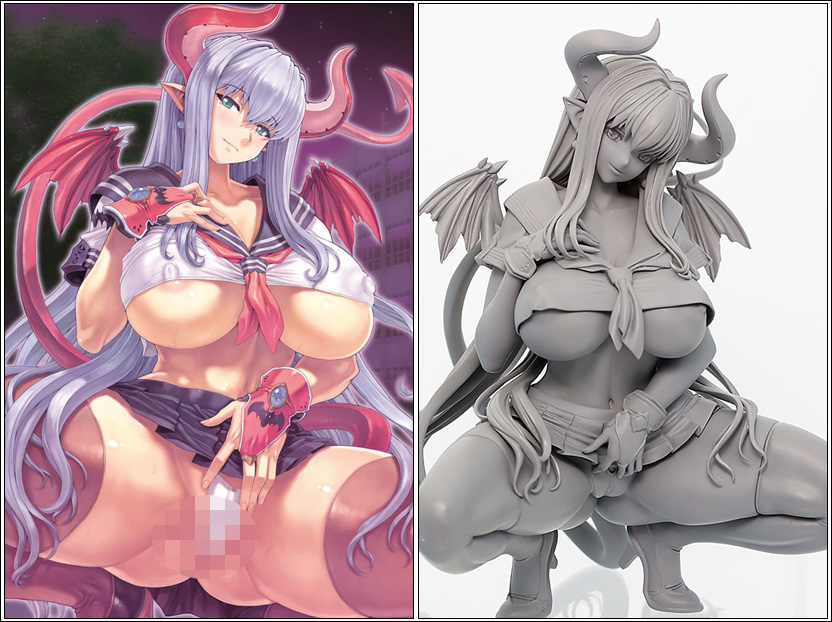 I like how this turned out, Orchid Seed rarely makes figures in this scale, but this doesn’t look bad, maybe I can put her next to my Stockings figure. 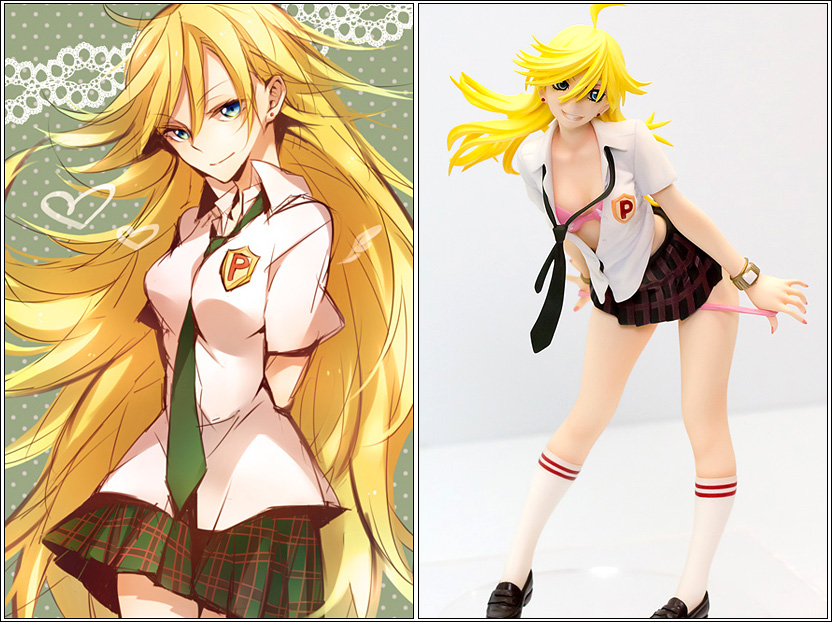 Was Erio sexy in Denpa Onna? Yeah I think she was really sexy and seductive. Orca Toys captured this part of her very well and I’m quite interested. 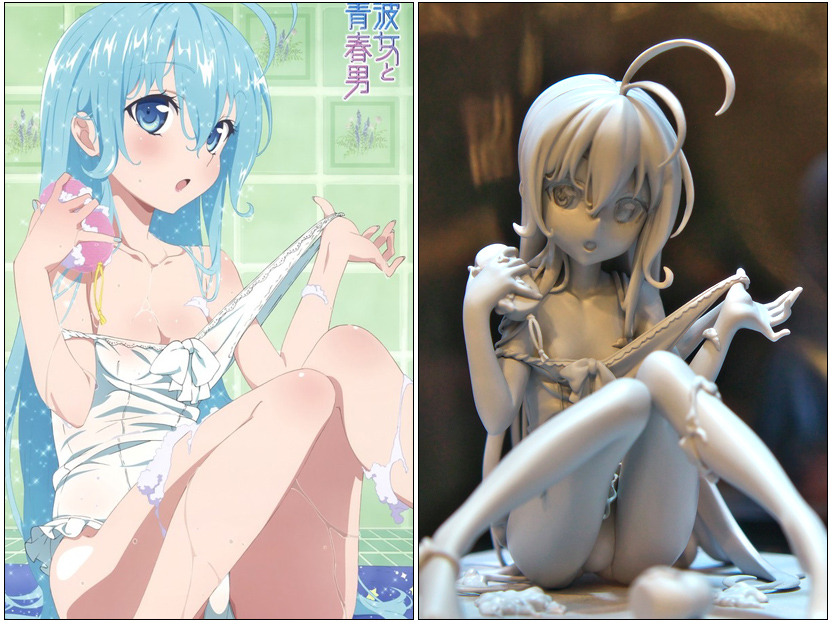 Can Native figures never wear panties?  Obviously not, aside from that I really like this figure, she is cute on her chair. With the glasses and the lab coatshe looks a bit like a shy yet adorable laboratory girl. She partially hides her genitals with a test tube, this might appear a bit too bold. 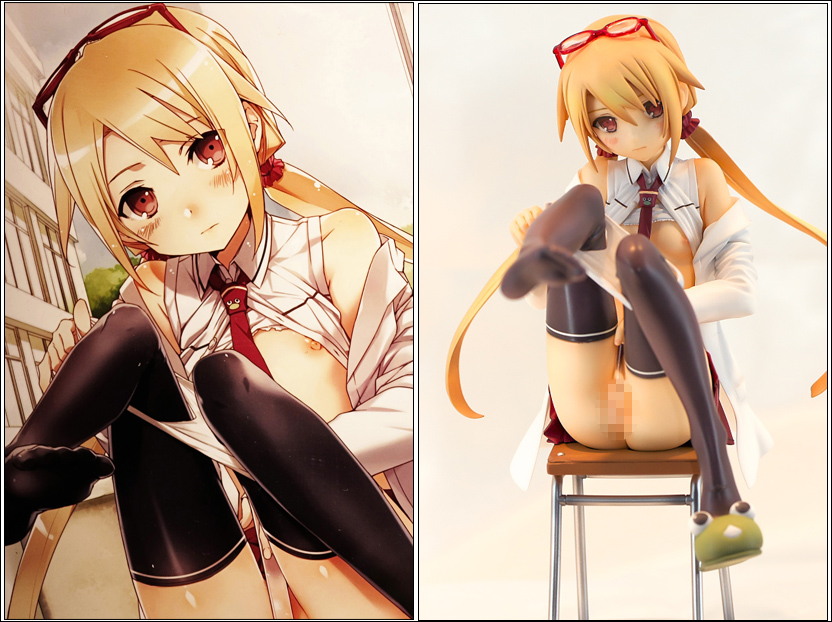 A buxom 1/4 scaled Sena figure isn’t bad at all ヾ(＾-＾)ノ.  I imagine that this figure will look beautiful after it got painted. Sure it’s just another swimsuit figure, but Sena is the prtotype of a natural bikini beauty and she’s big and sculpted in a nice pin up pose. 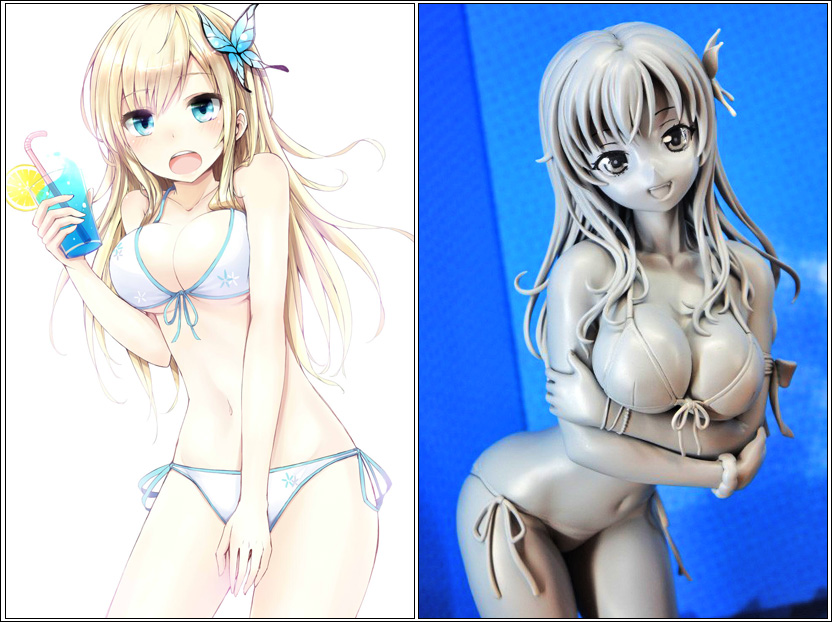 For some reason I honestly dislike this figure, I dislike it as much as I like it, actually.  A cheerful Sonico with a “casual” outfit is nice, but here she looks so exaggerated happy that it nearly looks faked. When I had sorted out my thoughts about her, I might place my order. 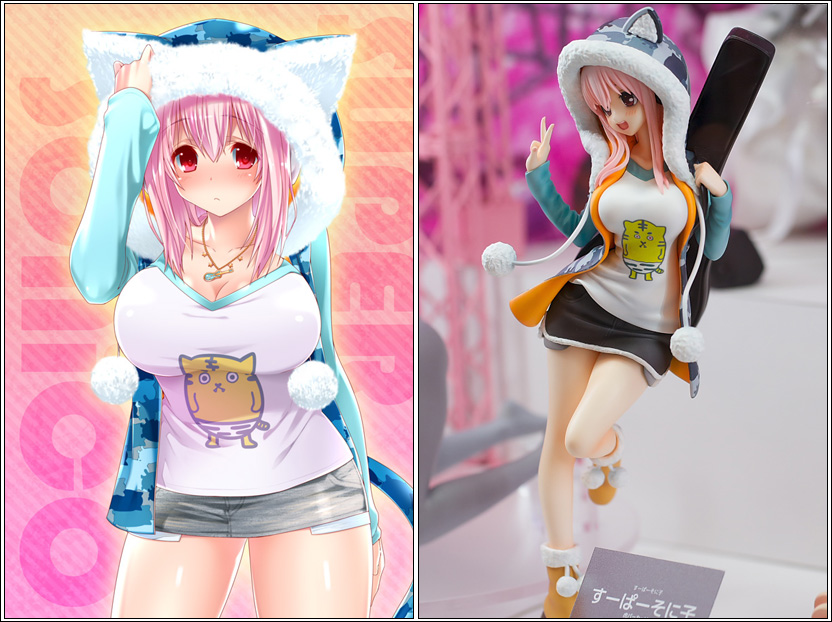 Yes this is a prize figure, but woah this Rei looks good, I really like her face and the classic pose. 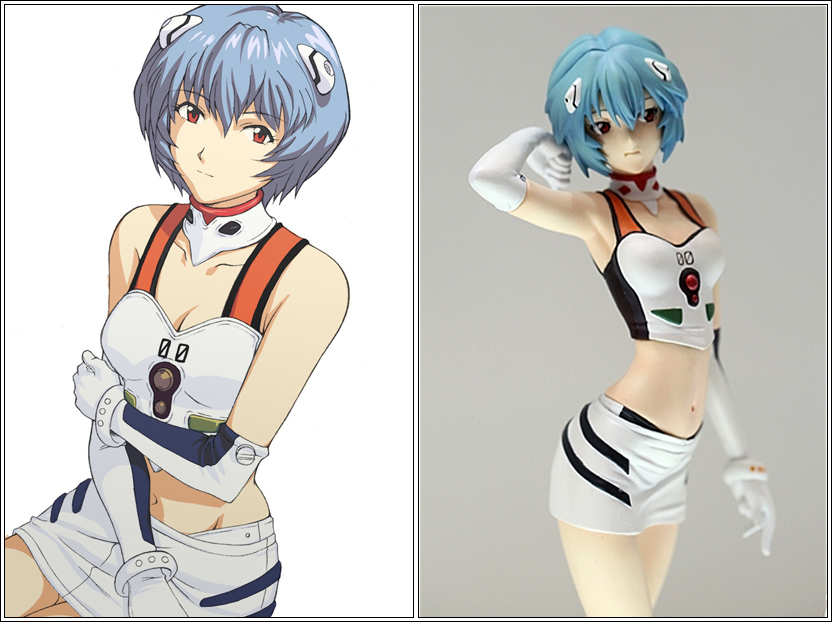 Even though Akane turned out as a rather silly character, she is really popular among figure manufacturers. I think Volks figure is the best so far and captures all of her personality, too bad she’s a Garage Kit, but maybe I will try to acquire her nevertheless. 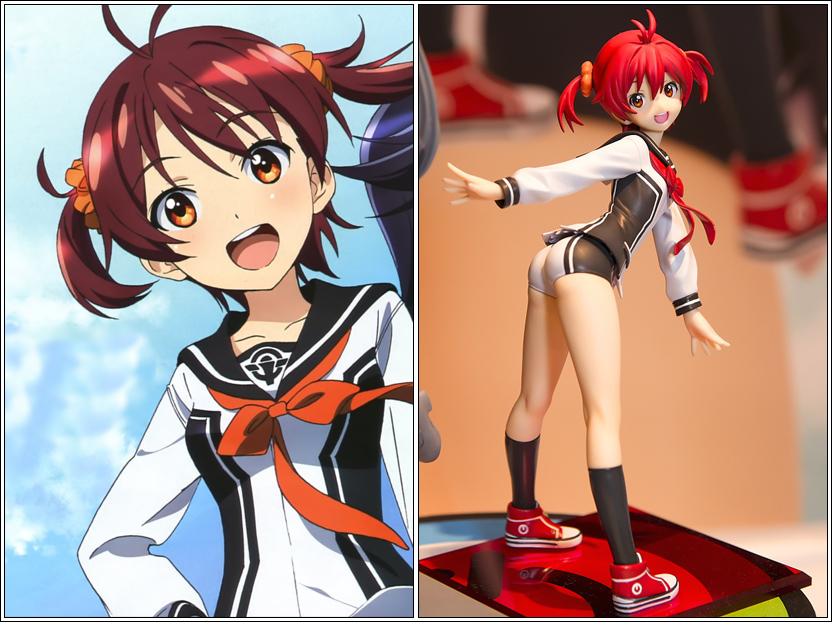