Hi people! Review time again, I have a serious backlog with my figure reviews  and that can only be changed with a faster posting pace than in the previous weeks, Wieselhead fighto!!!

Todays victim is Yui Takamura from Muv Luv Alternative: Total Eclipse. I hoped for it to be a hard post apocalyptic action anime, where humanity tries to stop utter defeat by the hands of nasty space aliens. At first it delivered exactly what I hoped for, but soon they exchanged the grim front lines with a cozy test facility for next generation mechs. 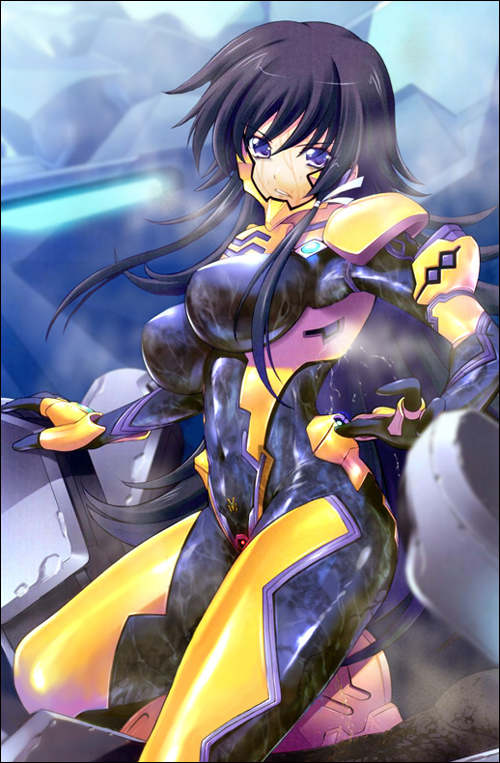 Yui Takamura is the Imperial Japanese attendant of the XFJ Plan and overseeing the progress of the test pilots is one of her tasks. One day a new testpilot called Yuuya Bridges arrived a young man who has serious problems with his two part nationality. During the first machine tests several problems occur that leads to direct confrontations between him and his boss, Yui. 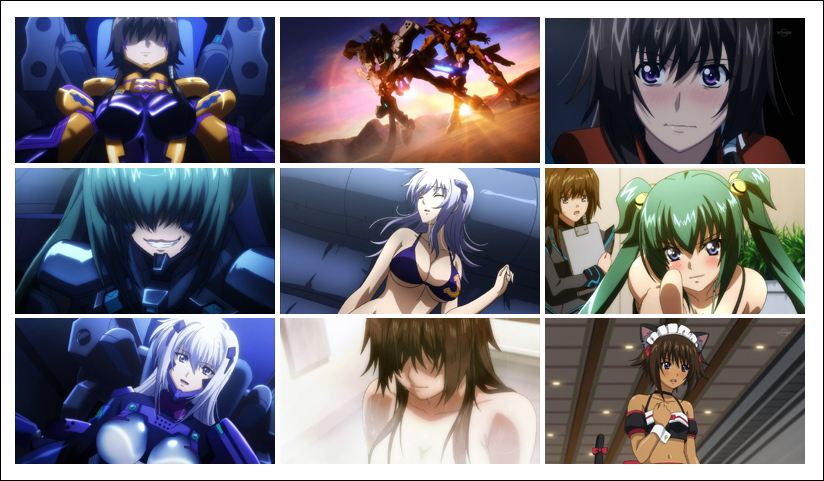 Seriously, I loved these passionate arguments full of sexual tension between Yui and Yuuya. Other aspects of  Muv Luv Alternative: Total Eclipse are national racism and Cold War themed conflicts between Russia, China and USA. Later it even turned into a harem show at some point. Overall I really liked this show and it’s characters, it had some bumpy directed scenes, but the setting was definitely interesting. I would like to see a continuation of it’s story.

This Yui Takamura was manufactured by Kotobukiya and released at the end of April 2013. She is scaled 1/7 and has a height of 25,50 cm Most or nearly all figures of Yui, Cryska and Inia were made by Kotobukiya and Alpha Max, GSC made some Nendoroids and Max Factory made Figmas. Surprisingly only Kotobukiya felt the urge to adapt the female characters in their pilot suits, the rest is either presented in swimsuits or other skin revealing outfits.

As I checked the pictures after my first shooting of Yui Takamura, I felt that they were terrible. Well after several weeks I ckecked again and was more pleased with the pictures. Yui Takamura has beautiful brown hair with quite voluminous bangs. Several long strands of hair are flowing around, it’s like they are slightly touched by a warm breeze of wind. One of her strands is decorated with a white ribbon. The hair is sculpted nicely and has a clean appearance. In case you aren’t prepared for it the deep hanging bangs can be an obstacle when you want to capture her face properly, it’s nice in person, but challenging in terms of photography.

The face from the anime was adapted very well, from the shape to the sparkling purple eyes, Yui looks pretty and alluring as well. Her expression seems to be a bit lost in thoughts or  can be also interpret as sad, the slightly open mouth which reveals her teeth is a nice touch to her face. 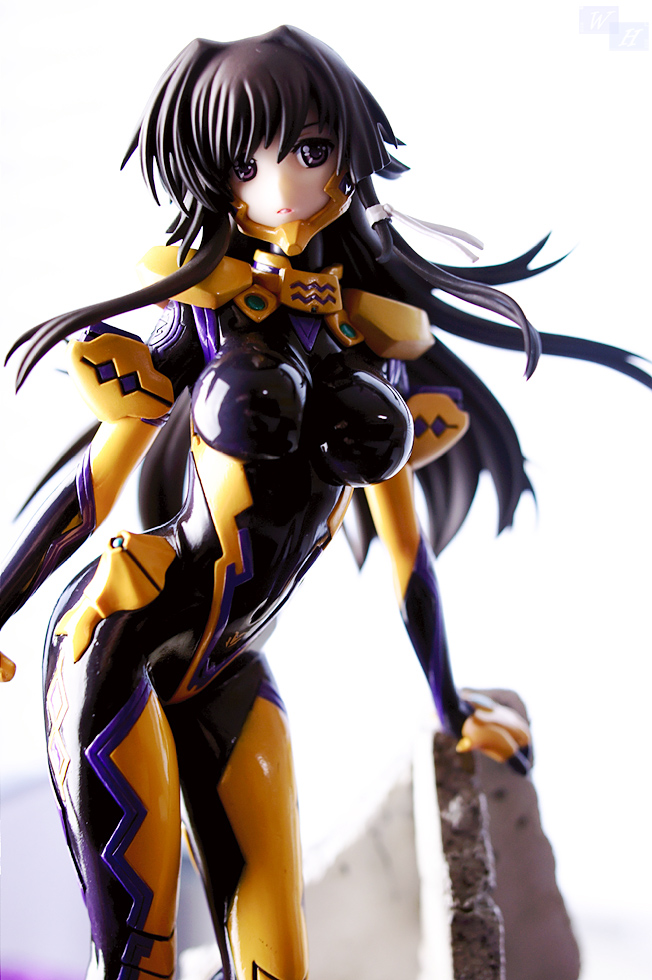 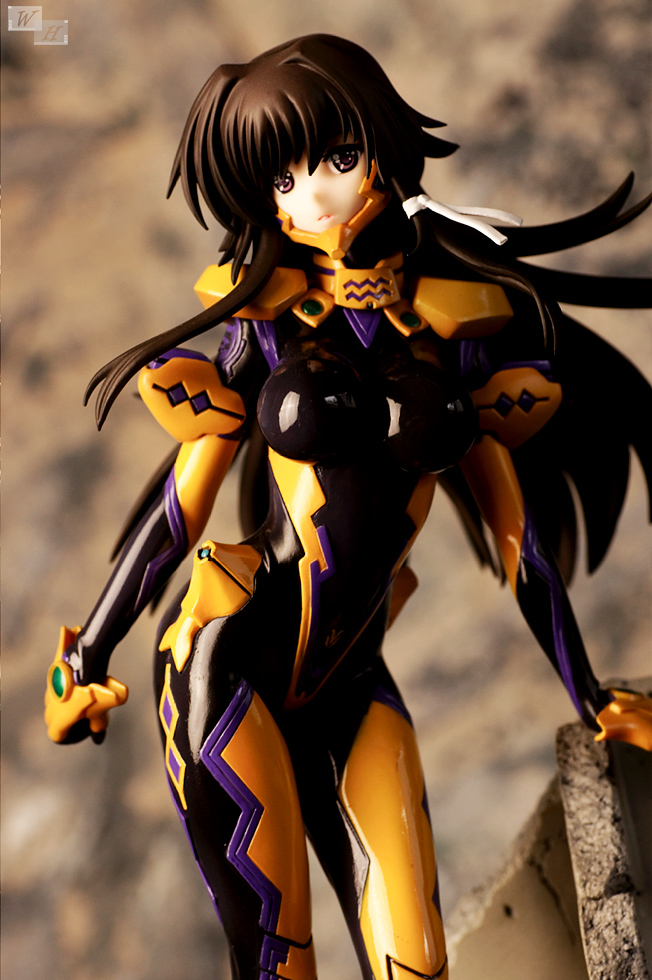 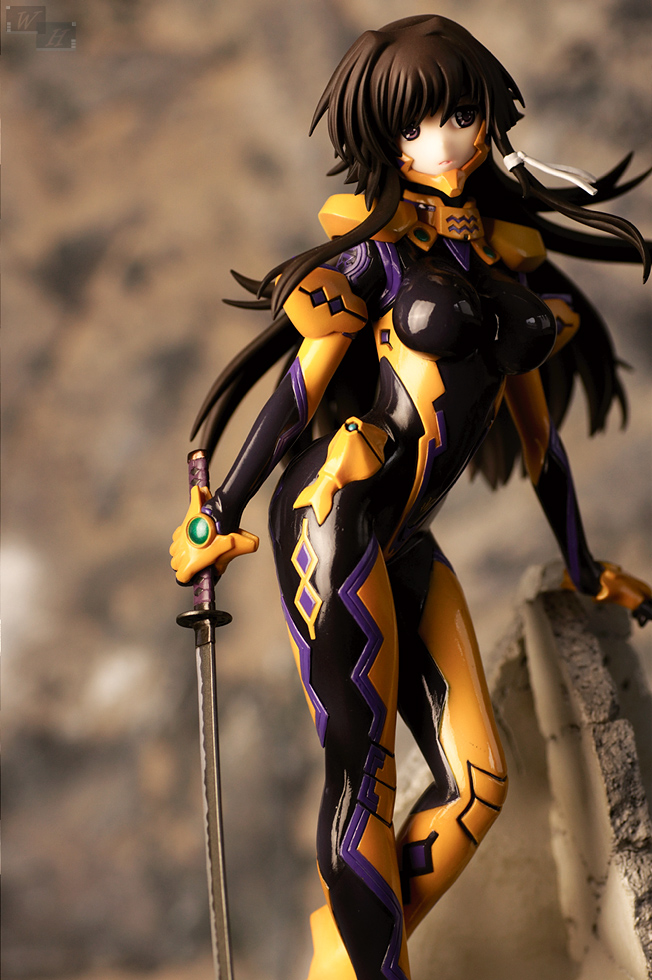 Yui is wearing her pilot suit, that makes her able to use the high maneuverability of her battle mech to the fullest, without loosing consciousness. What I always find funny on figures with plug suits is the posing, often in a pin up style that doesn’t have anything do with the plug suits purpose. After a mission you should be looking forward to undress this tight and sweaty thing.

Yui is no exception to this plug suit matter with her tilted hips and arched back, she looks undeniable sexy. Her rack is quite developed and her rear is nicely shaped as well.

With her Katana she also won’t win against any beta, but ok it is badass and has that noble Samurai touch, that underlines Yui’s determination to fight for a better world that she showed in the anime. 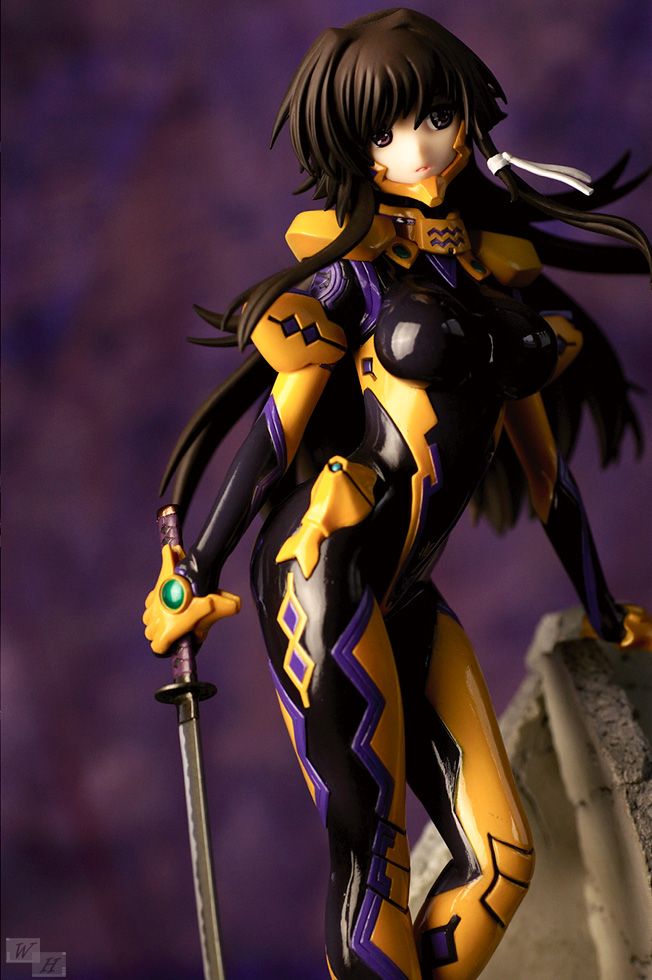 The dress is skintight and shiny like a waxed car, the colors are nice, there is dark purple, construction vehicle orange and a lighter tone of purple. On closer expection the gloss is not as polished as I wanted it to be, but I’m a bit too picky here the only little more bumpy area is noticeable at the side of her thighs. The sculpt has many embossments that accentuate the details all over her suit. The advanced pilot suit also has a number of strange excrescences. The most flamboyant ones on her hips and chin, the chin guard reminds me of an old Kung Fu Master. Overall I like the design of her suit, it looks futuristic and has appealing colors, the strange thing on her hips is something about it that I don’t like very much, it can’t be helped.

Yui is placed on a nice looking, base, the figure slides in with one foot and hand rests on the wall. Actually the base is very well done, it resembles a concrete ruin and it does that in a really detailed way, with scratches, cracks, realistic brims and shading. There are also a few smaller rocks included that can be placed randomly. 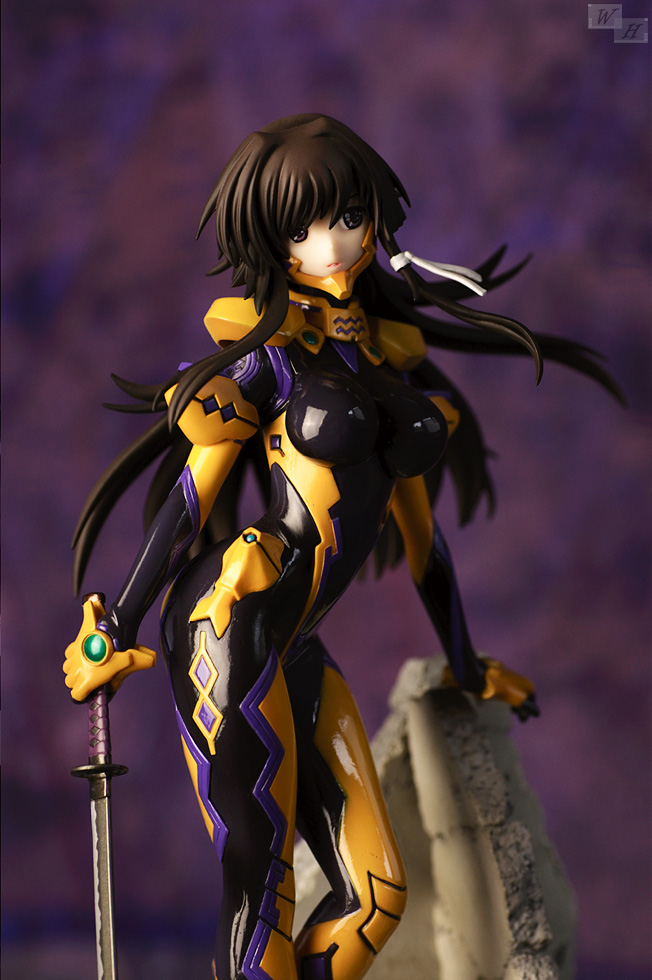 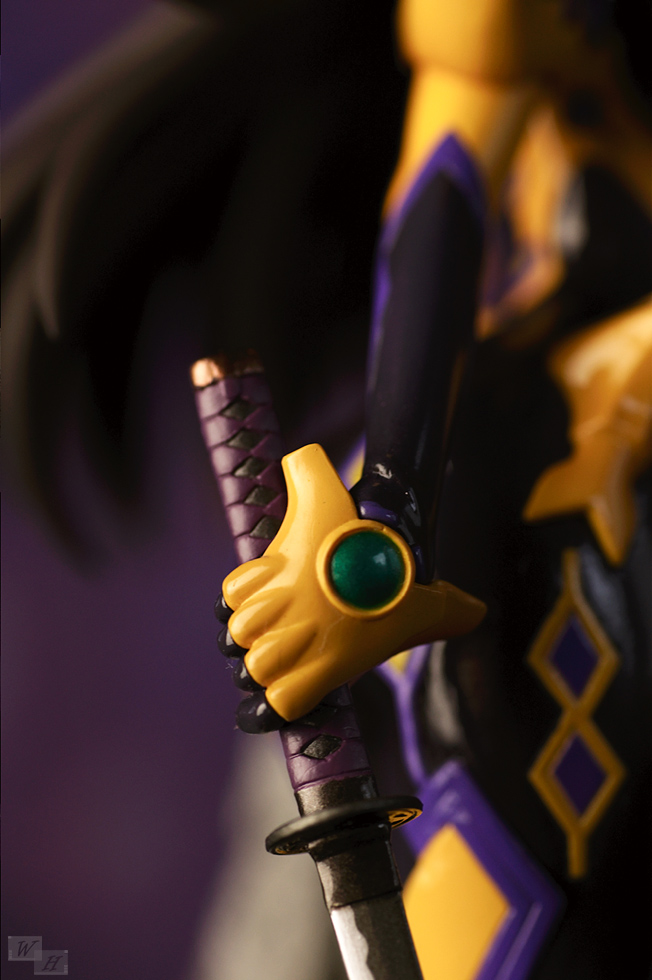 Back then I was happy to order Yui Takamura from Kotobukiya, because I liked the show and how this figure looked. As she arrived Yui looked very good with a nice face, nice curves and a cool base. It also is a very well done figure in terms of quality, the paintjob is so good ^^. Only after the not so satisfying photoshoot my enjoyment of the figure decreased quite a bit, on second thought the pictures aren’t bad, but still I don’t feel like keeping her now.