The new summer Wonder Festival figure & GK fair is close, before a new figure avalanche begins, I want to take a look at the figures that caught my interest in the last few months.

I didn’t place any figure preorder lately, not that there wasn’t any appealing stuff for me, but somehow I feel quite conservative about preorders at the moment. I can’t really put my finger on it, but it might have something to do with rising prices, 10.000 Yen have became common for regular 1/8 scaled figures. Also the sheer amount of figures make it difficult to decide for one figure out of a bunch of really pretty figures. I thought just with waiting would sort out things by itself and I could see my priorities more clear. It worked a bit actually, but not as efficient as I imagined it to be. Hey selling some things might end my misery at once.

Don’t worry this won’t end with too much text, I just put a few words under the pictures.

In the final Game of the Worldcup I made a silly announcement about buying a GSC in case Germany would win. Well, I don’t know if I should follow my lame tweet from this evening, so just for fun I let you, the readers decide which one I should choose Ciel Alencon or Wo Class. 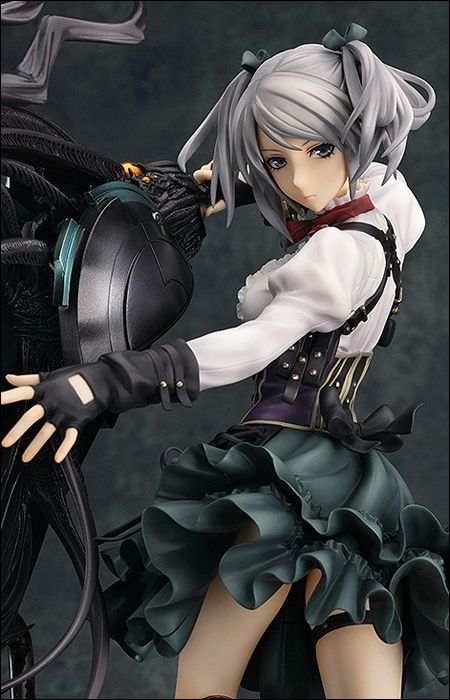 Ciel Alencon looks great in her steam punk related clothes and I really like her scowl expression, this is such a pretty face. The figure appears to be very detailed and her weapon has two display options. I would like to get her, but the lady is unfortunately quite expensive. 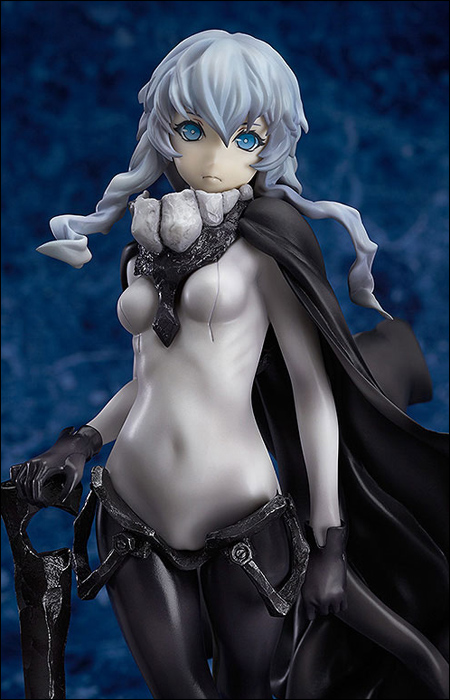 In the Kancolle Game the enemies do not often appear in full view and the japenese ships are cuter in general, but when taking a look at this Wo Class figure which is based partially on the character art, I have to say that I’m surprised by her appealing presentation. The pale girl is actually an aircraft carrier, she comes with a big detachable, fashionable hat and three flying objects. The organic design and rough textures with a “grunge” like  shading make her stand out from other figures, also her big blue eyes give her something beautiful and appealing. 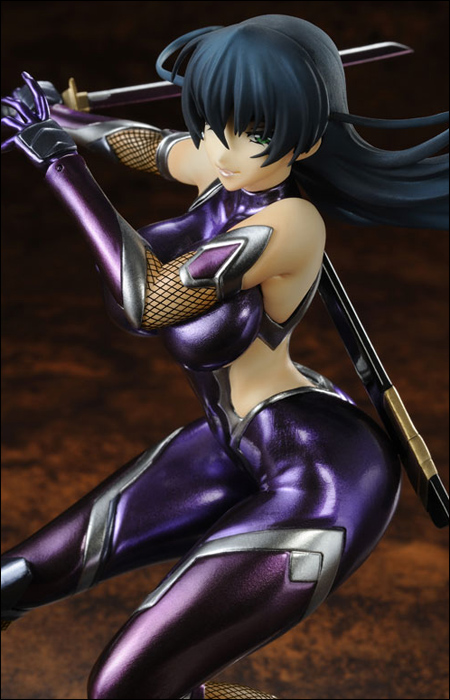 This big woman also has a strong facial expression and beautiful facial features. Her proud presentation is contrary to her “special interest” origin, but I like her more like that. The ninja outfit is really cool with the shiny colors and fishnet inlets. Yeah her curves are also something. I have not much experience with Milestone, but the prototype looks great actually. 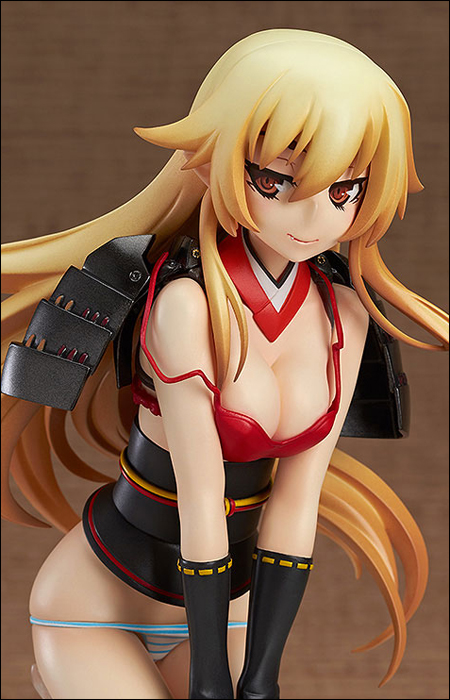 This gorgeus lady went up for preorder today. I always liked the character designs by Nitro+ with strong eyelashes and expressive eyes. Overall, I like everything about Chachamura,
her pose, the samurai themed outfit and expression. She is also availabe as DX version with muramasa the mechniced spider, as normal version she is more affordable, though. 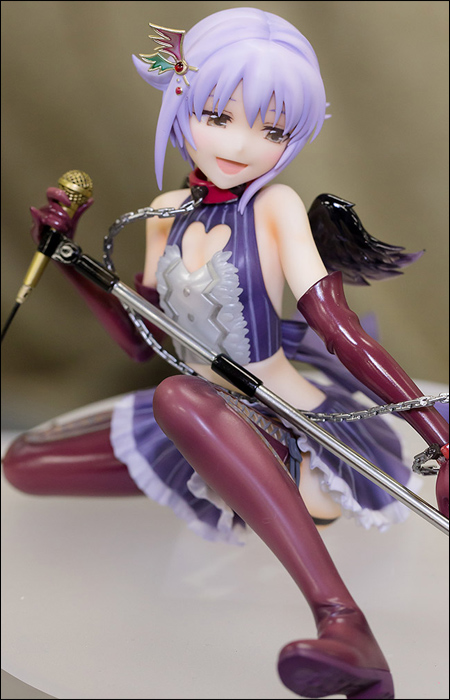 I’ve already written about her in my previous preorder post, but she wasn’t up for preorders so far, recently her base was shown, a quite big thing. Some people made fun about her face, but I think that she is quite cute. Also her outfit is distinctive and cool, I guess I would order her with the speed of light, this little imp is so adorable ^^ 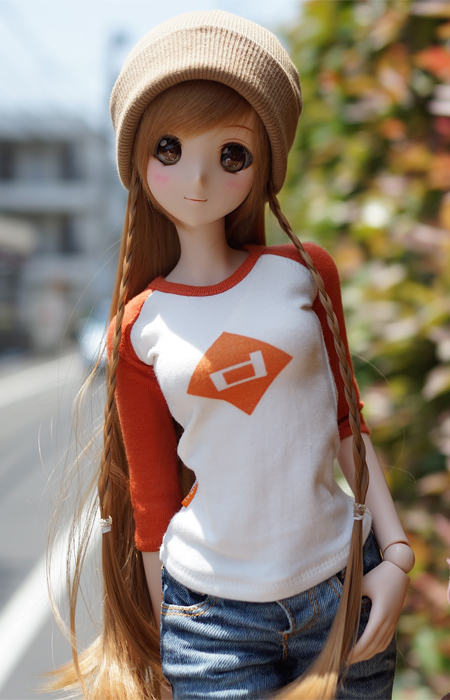 I’m fully aware that  adult men playing with dolls, must be super weird to people who know nothing about anime culture, but who cares when it is something I really enjoy. Months ago I got myself the 1/6 Nakano Azusa Doll from Azone, a small post about her adventures might follow soon. As cute as she is, she’s not really my type anymore and I thought alternatives.

I found this rather affordable Doll, coincidentially it’s the project of Danny Choo, he turned his Mirai mascot into a 1/3 scaled Doll. While I don’t consider myself as Mirai fan, I find this one quite enchanting. My problem with Volks standard Dollfies is that they often has rather stiff expressions, Mirai has a more friendly expression and more accentuated blush marks.

Mirai comes with a set of casual (the ones in the picture) and a telescope stand, other bust parts can be ordered seperately. Well, ok to afford her I would have to pass on any figure purchases for at least two months, difficult but not impossible. 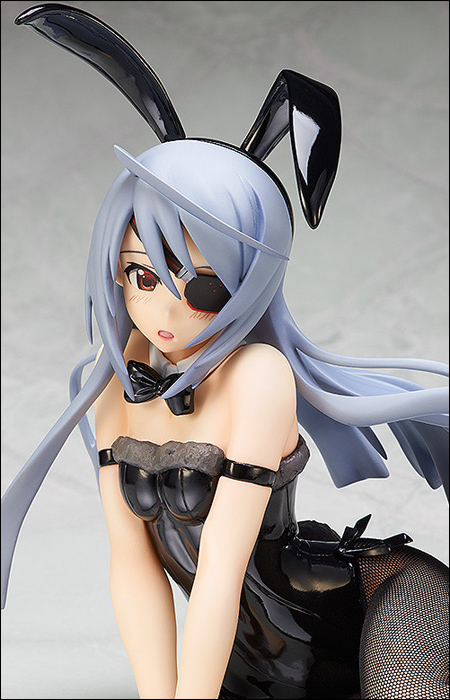 From the IS figures made by FREEing I like Laaura the best, the bunny suit suits her very well and this shy expression is truly adorable. The pose of Laura also looks very well done. 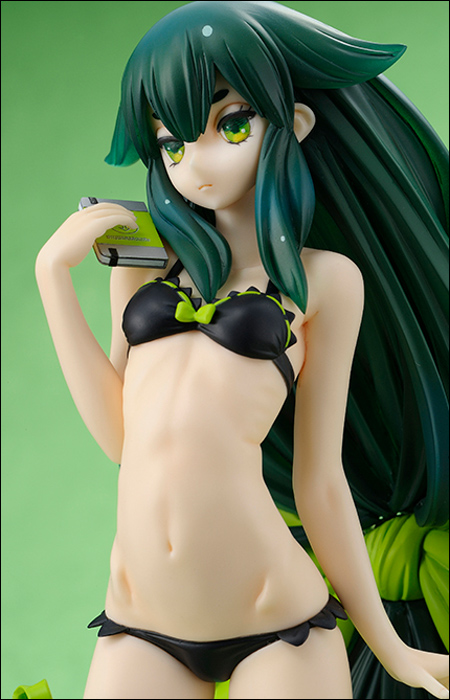 This green Utsutsu came out of nowhere, her design is really interesting with her hairstyle and arrogant face expression, I find her quite attractive. She’s a bit at the anorexic border, but she shows it without concern. On full view it is a beautiful appearance with her slender body. 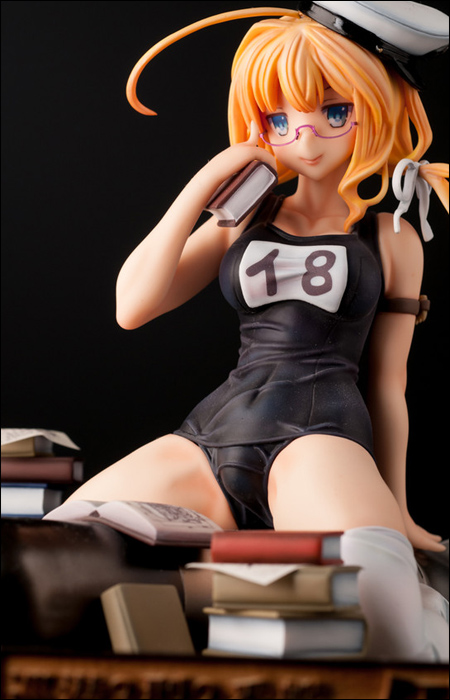 Haha I’m really crazy about the submarines in Kancolle, they are so lovely in their school swimsuits. The circle Taishiyoudou is selling an 1/5 scaled adaption of I-8 they did a great job with everything and also gave her a good looking base. Unfortunately,  I’m pretty sure that I won’t get this super nice figure, she can only be bought at the coming Wonder Festival and I-8 costs 60.000 Y. Well, Max Factory and FREEing also have some submarine figures planned.

So this were the figures I’m interested in at the moment it probably will be very difficult to decide which one I should get in the end. Haha the concerns of a passionate figure collector.