Time for a short filler post. I have Azone’s Azusa Nakano doll since some time now, but I still haven’t reviewed her and mastered doll photography not as much as I would like to. Buying clothes is plenty of fun though, you could say when grown up guys buy clothes for loli dolls it ends in a disaster ^o^. But I try my best to spoil the little lady from time to time.

Earlier this year in June I went on vacation to Le Castellet located in southern France, the area is the best when you desire a hot, not rainy holiday, the opposite to Germany this year.

As on every vacation I took some figures with me, Sonico PKG, Sonico Figma and little Azusa with a small set of clothes, I forgot some parts, which lead to some improvisations later on.

This post is focused on Azusa and her small adventures, it’s nothing spectacular, but since I already took the pictures, I should actually show them. Azusa went swimming, even though she can’t even float, tree climbing in questionable wardrobe and buying bread in the sticks. 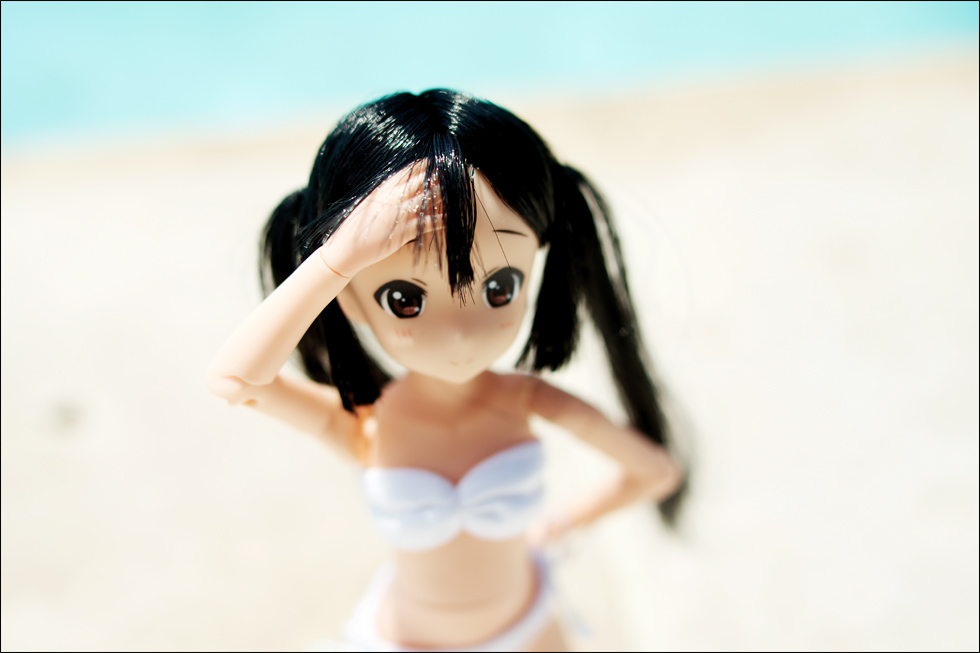 Azusa is a 1/6 scale PureNeemo Doll manufactured by Azone.  This version was sold through TBS ishop, she is the exclusive Birthday Memorial version. the second Azusa Nakano from Azone. She came with a bunch off clothes for the cold season. Since  I love to modify things Azusa received all kinds of clothes over the time. only limited by her very petite body. 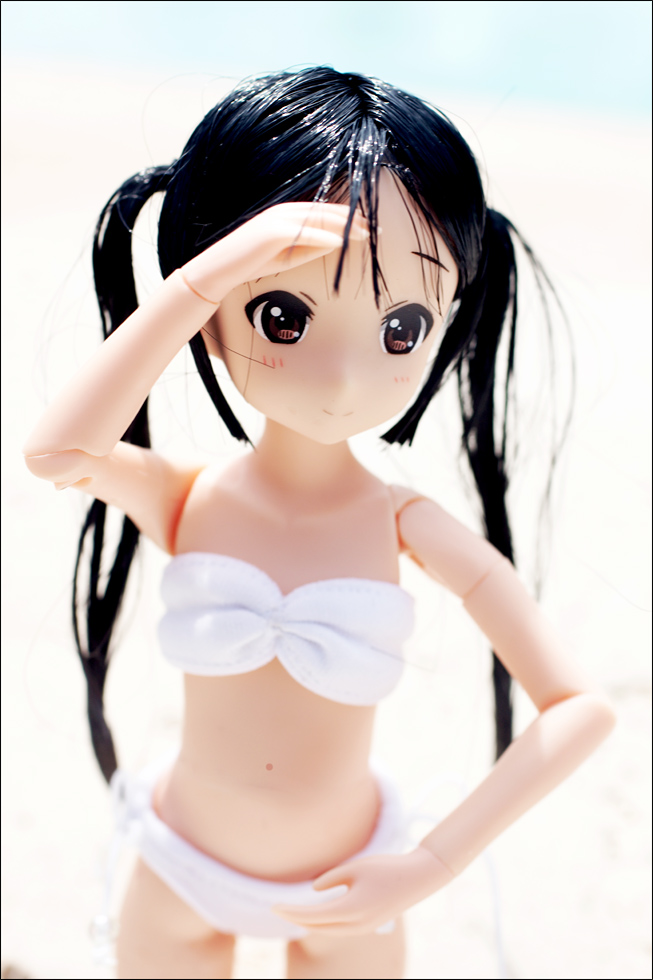 I think stockings go well with swimsuits, unfortunately this is no trend in real live, Azusa is ahead of her time. I found it quite hilarious when the bikini top fell down all the time, like in some slapstick anime, her XS body is not that curvy, well her main selling point is being cute.

Still she manages to look a little bit sexy, I totally love her messy, wet strands in this picture. 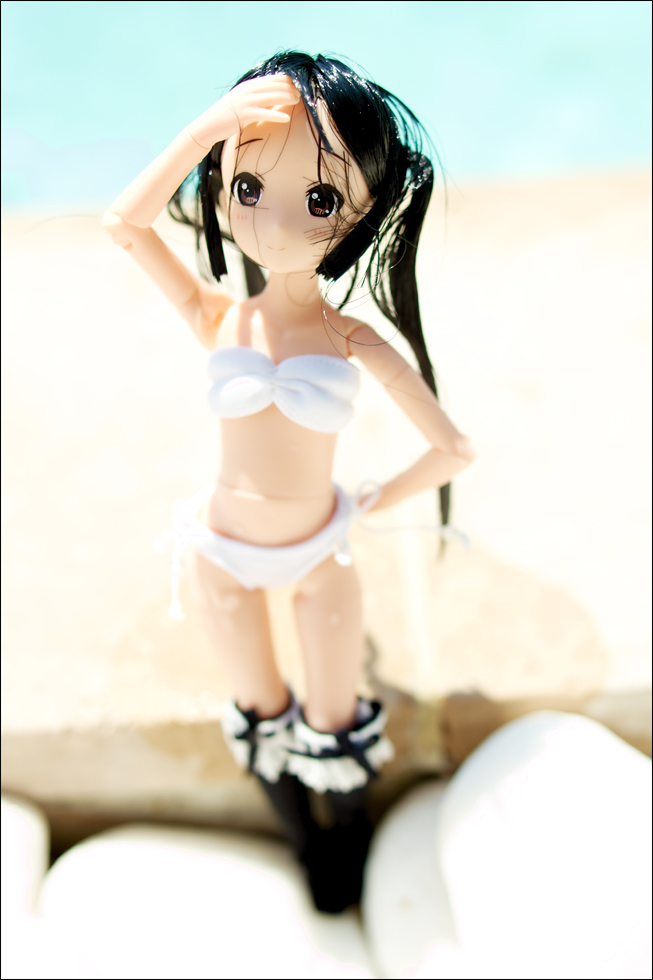 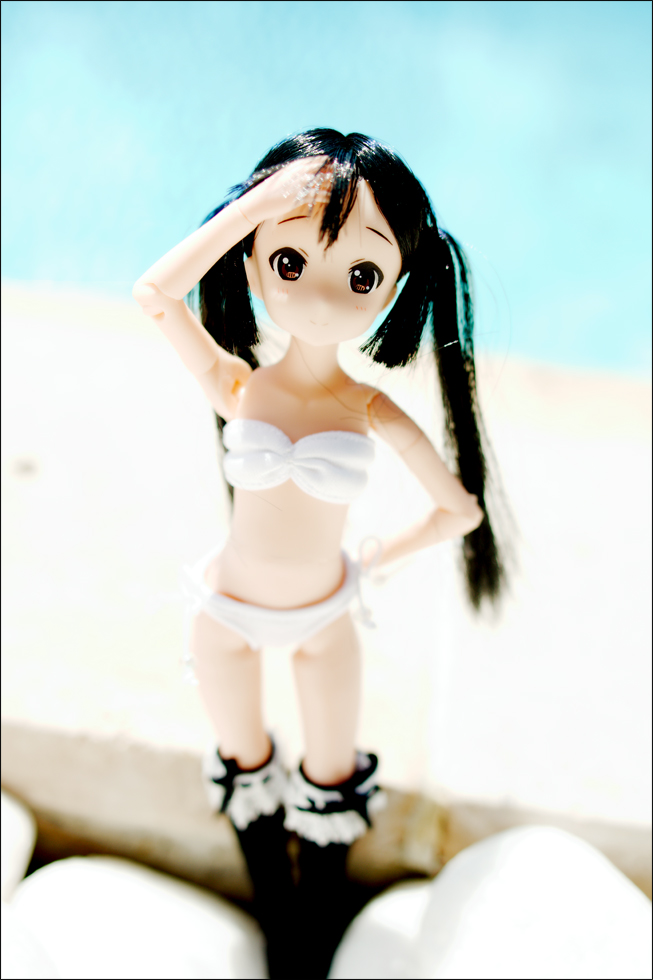 I should consider to equip her with an M body, I’m not into lolis since some time now. The bodies are surprisingly cheap, well since they have very simple joints, but they do the job. 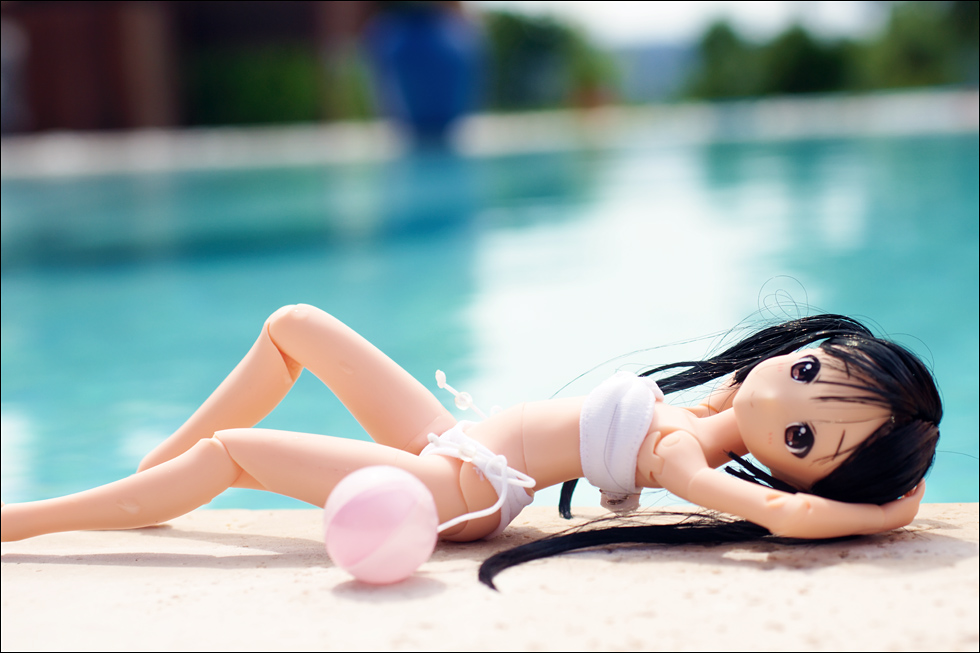 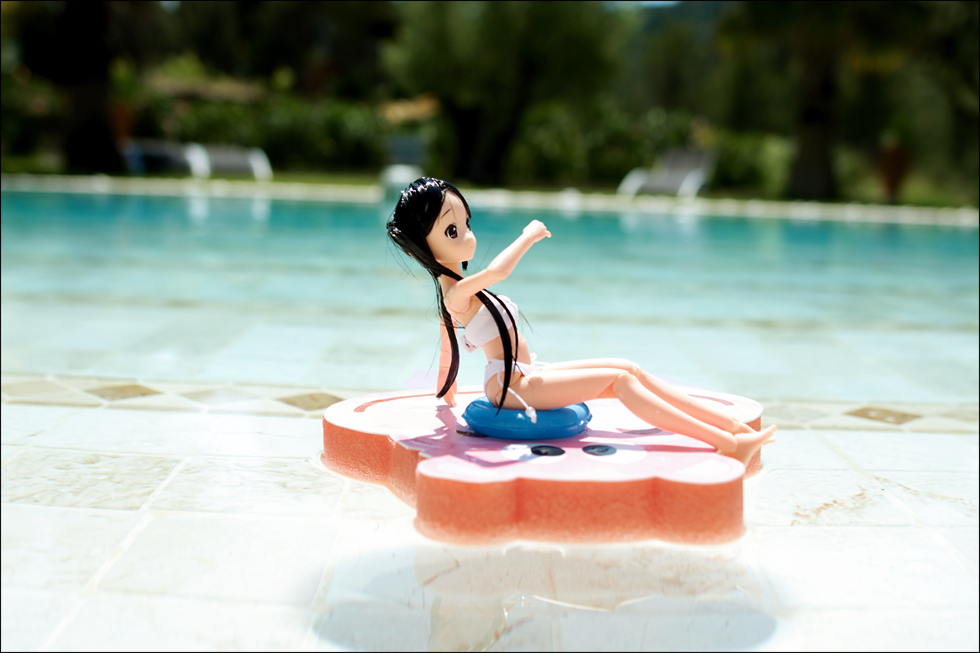 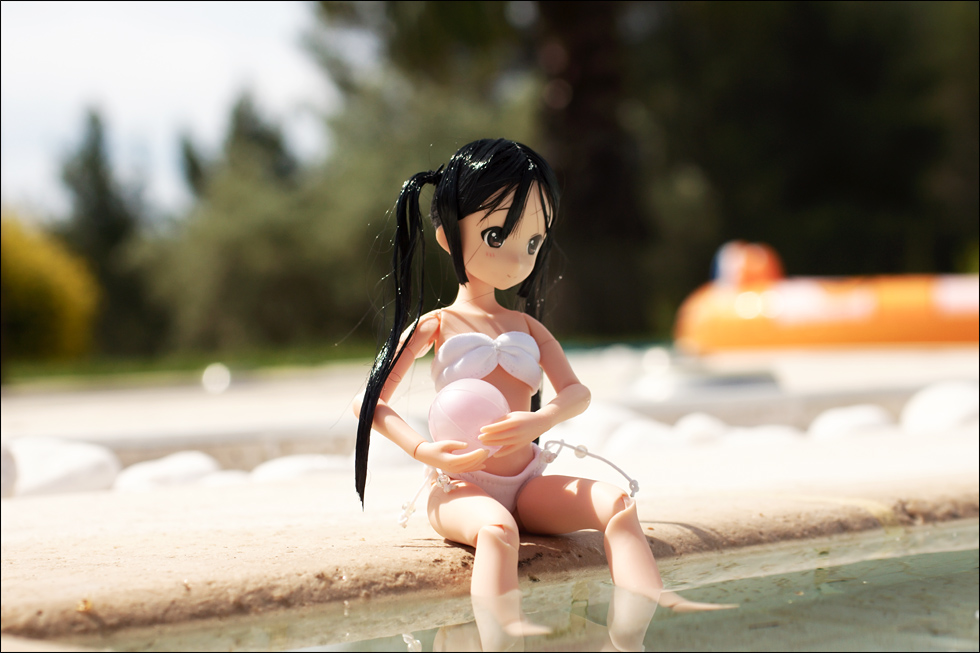 In the area around were some great looking old olive trees, very fitting for the idea of hiking. I noticed that I have forgotten her hotpants at home, it would have probably looked more appropriate in other clothes than her bikini. Ah look her jacket is cool. 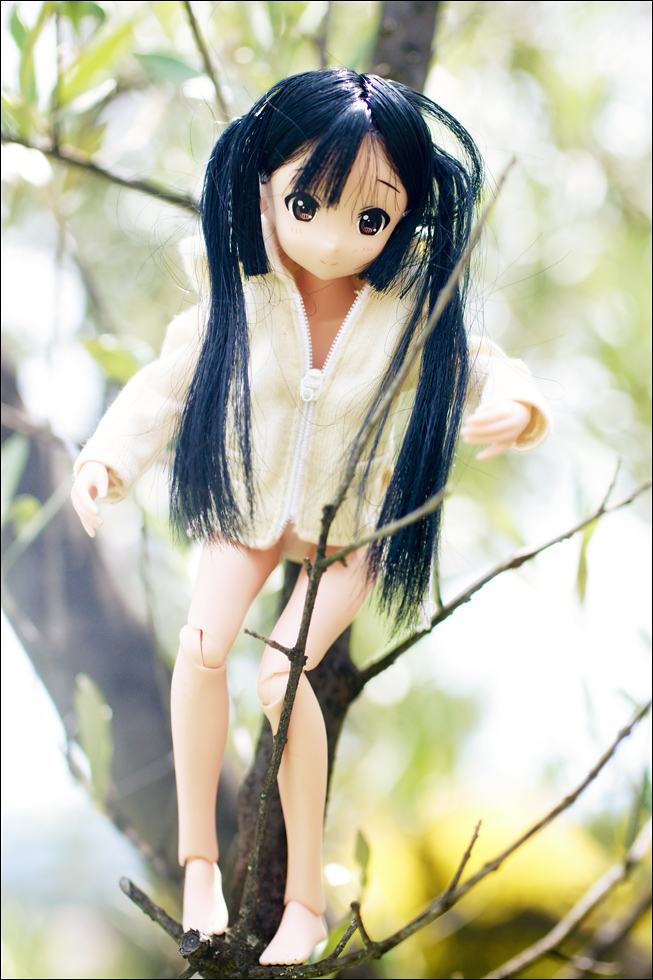 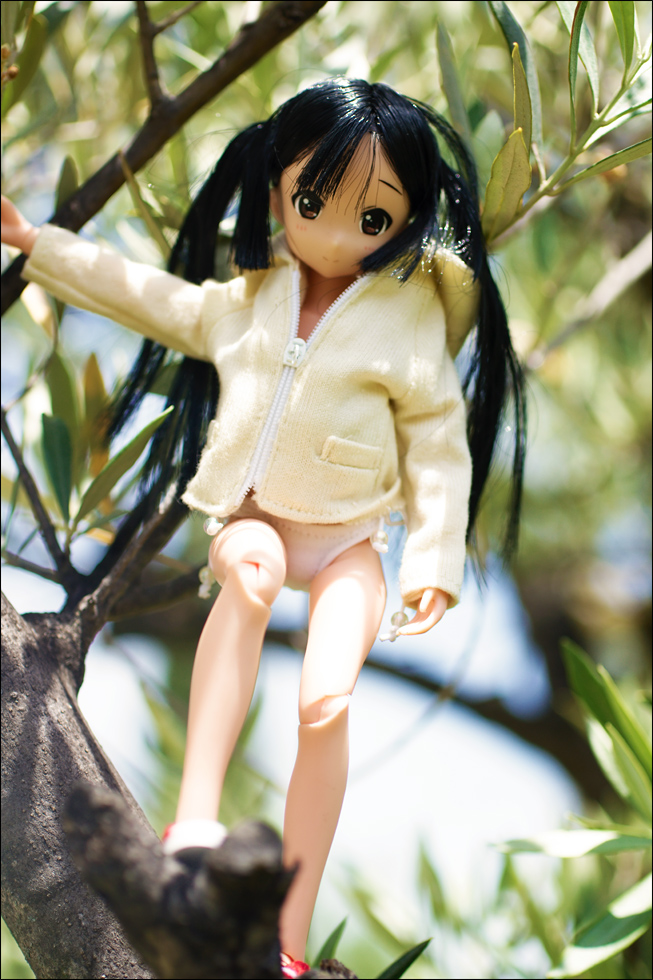 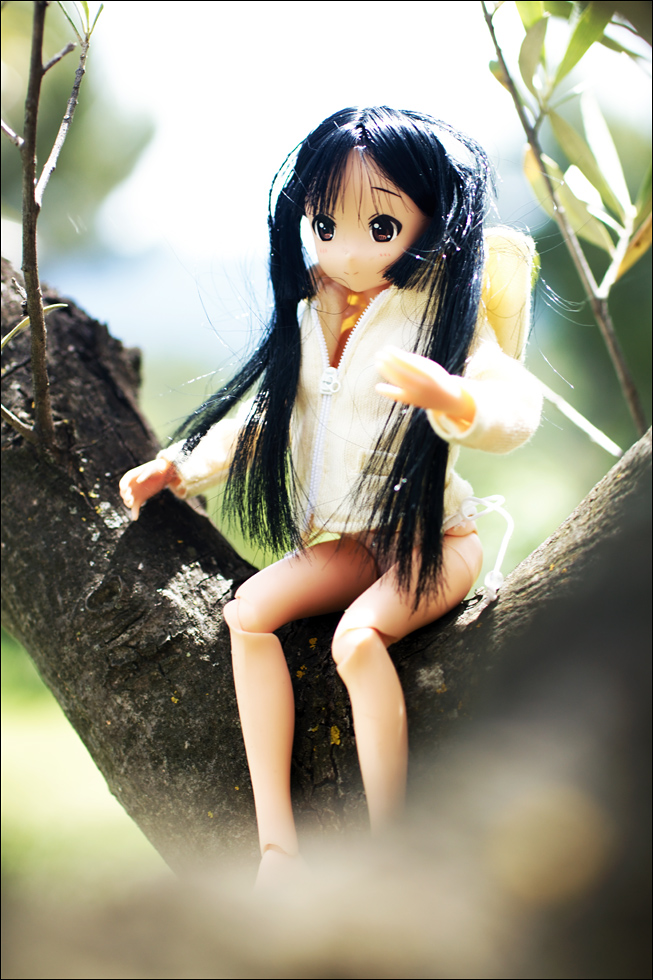 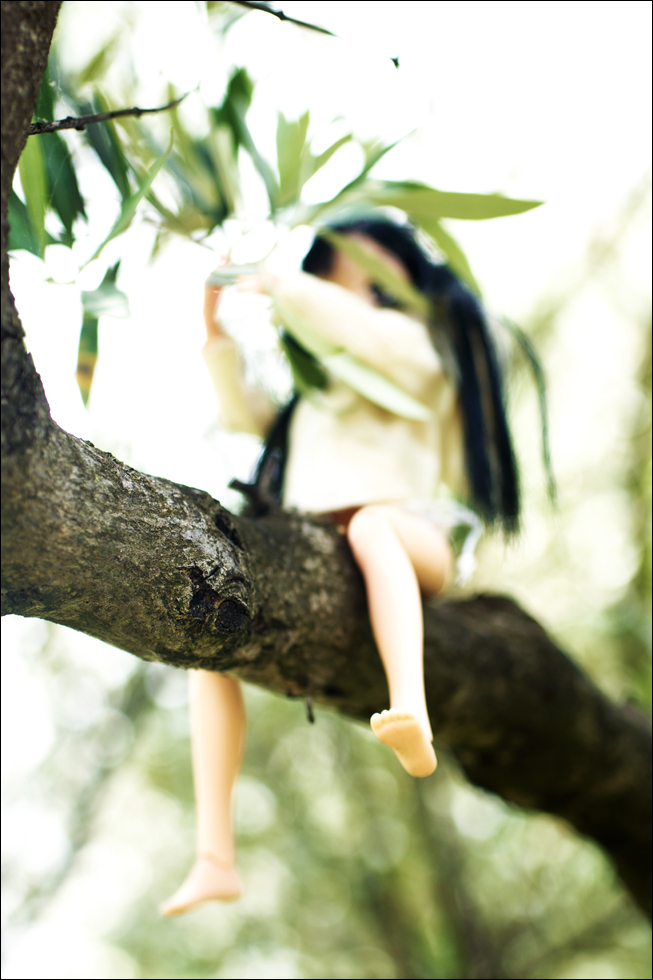 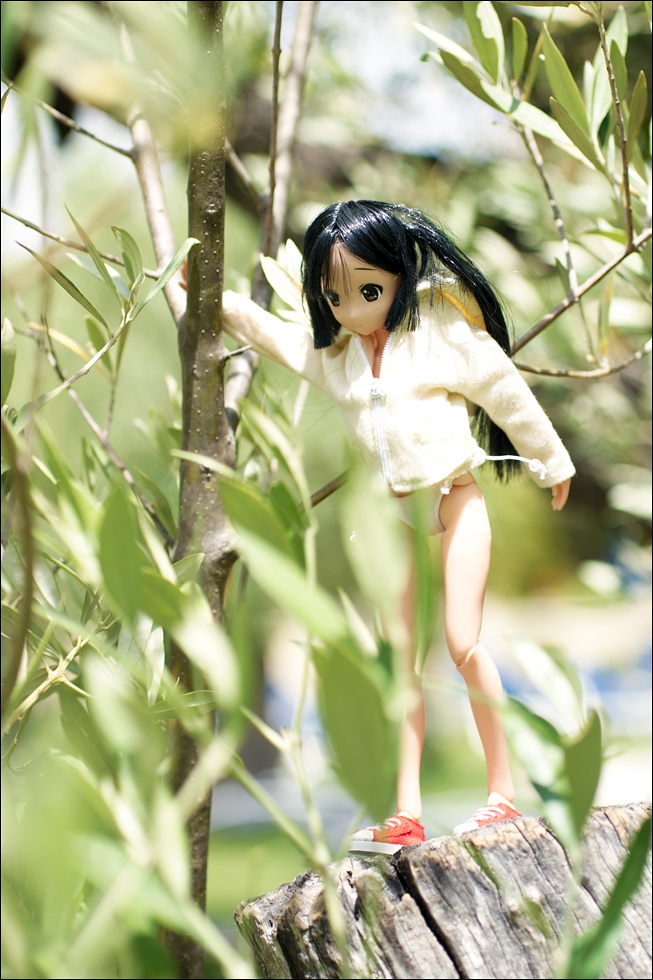 For the last pictures I’ve put Azusa in a vintage european dress with lap trousers and a cute hat. I’ve planned to use bread sticks that look similar to baguette for Azusa to  carry. 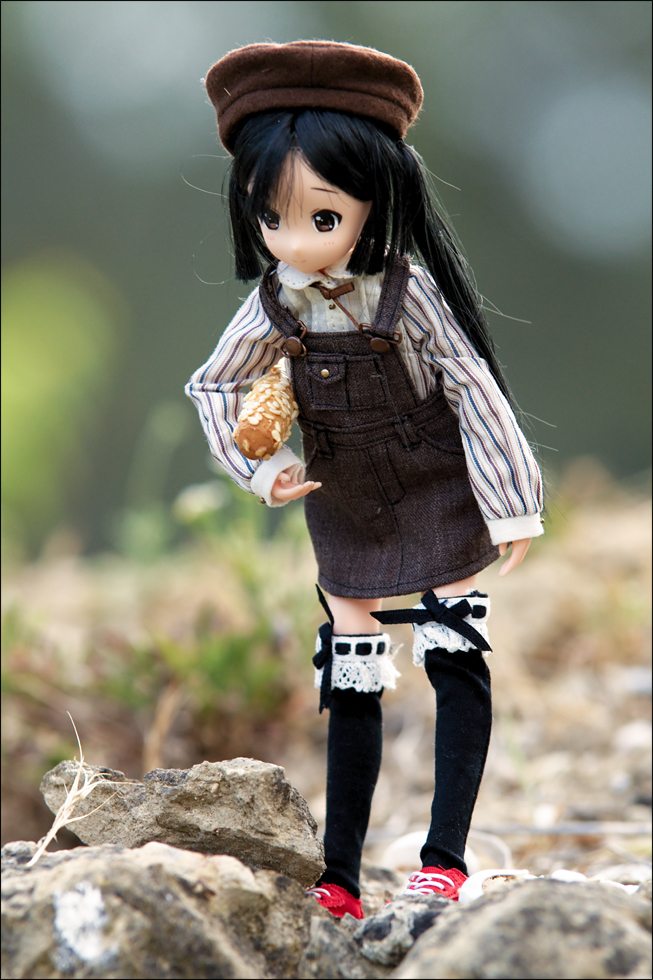 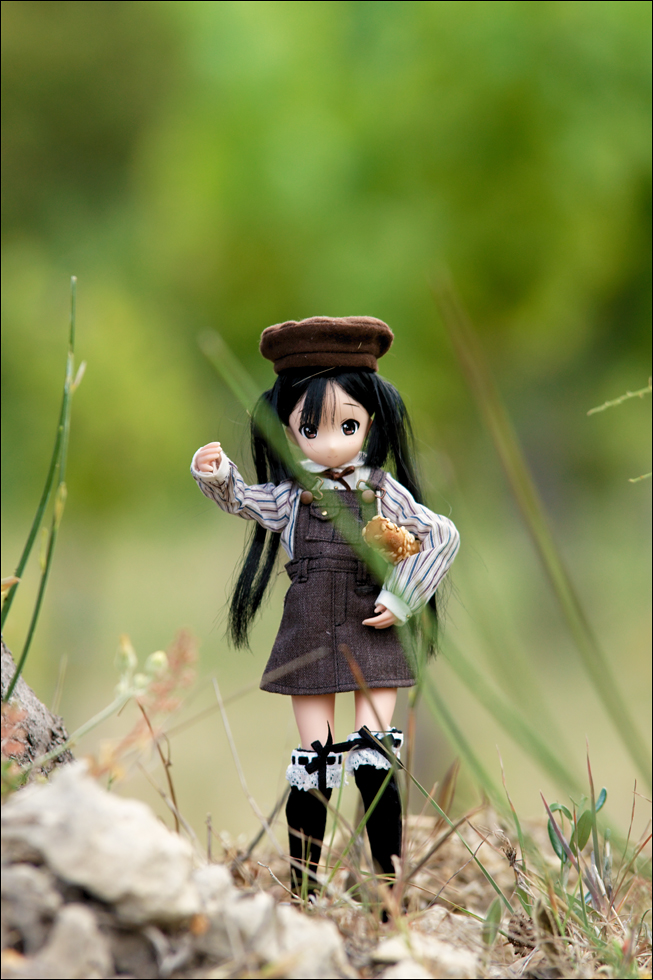 unfortunately my holiday company had already depleted them and only left the sesame flavored ones. Well, at least she could carry the bread home to “Oni-chan”. 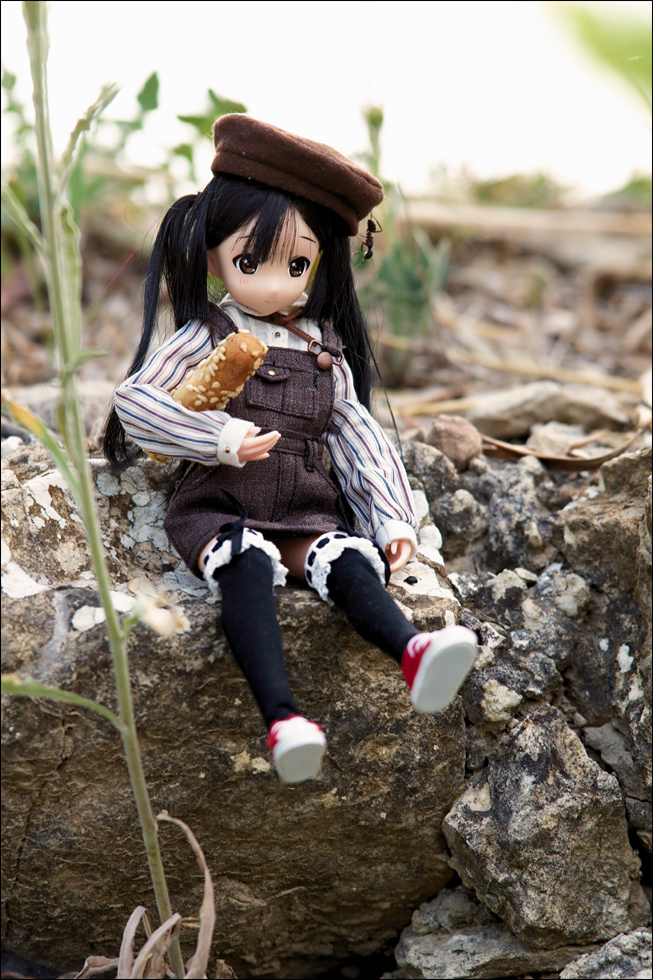 Afterwards some  casual posing at the fence, I would have liked it, if the sunset had been stronger this day, lets see what Photoshop could do for us. 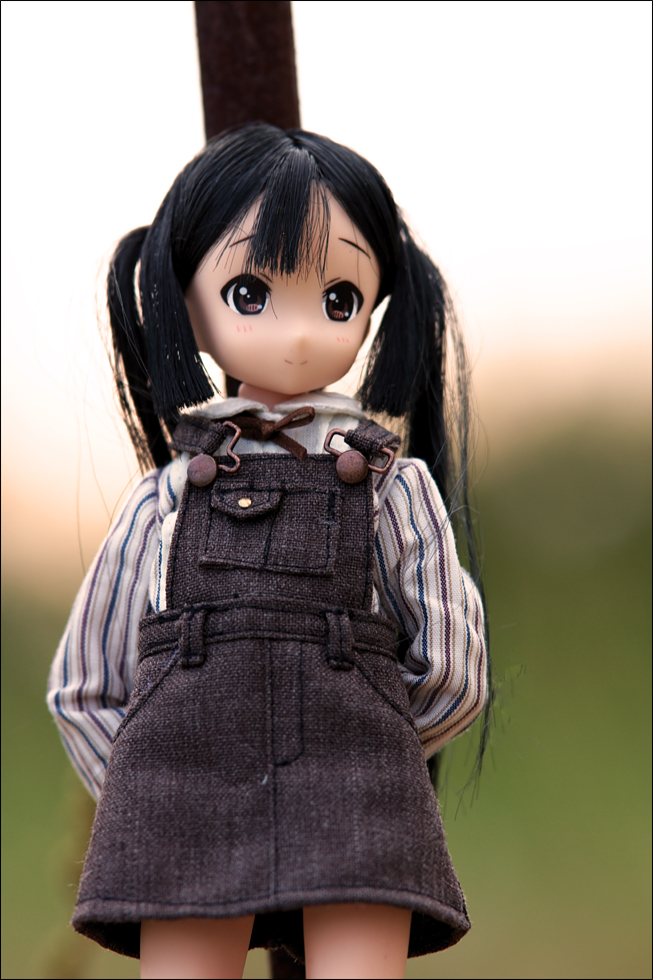 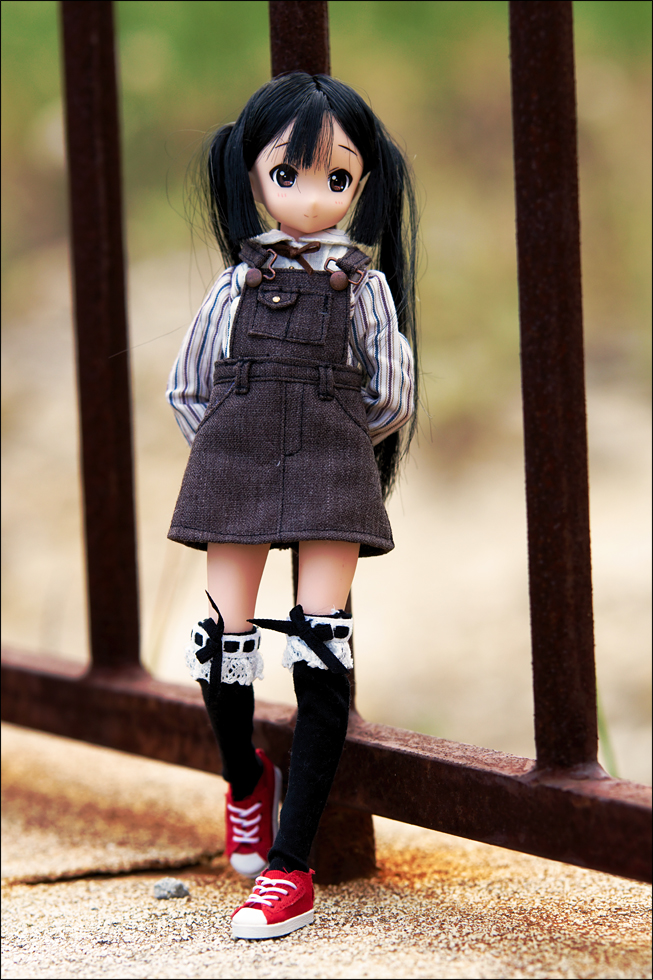 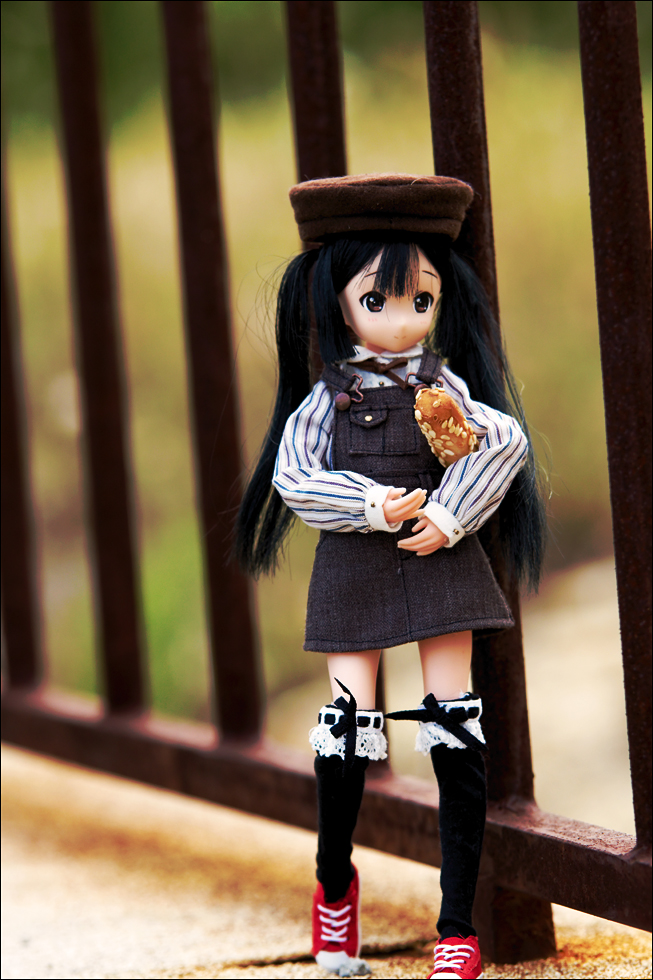 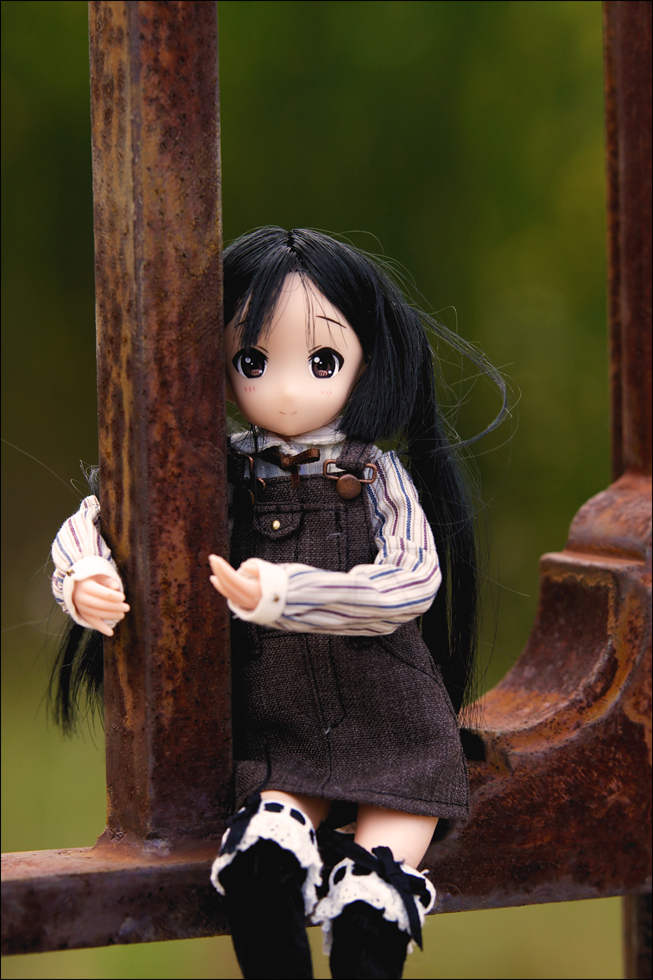 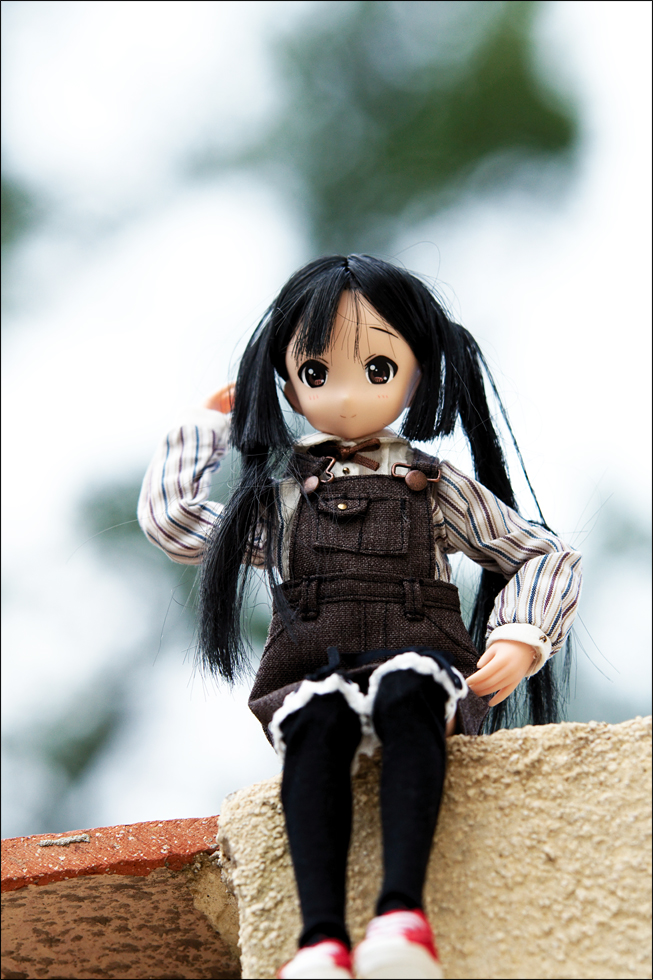 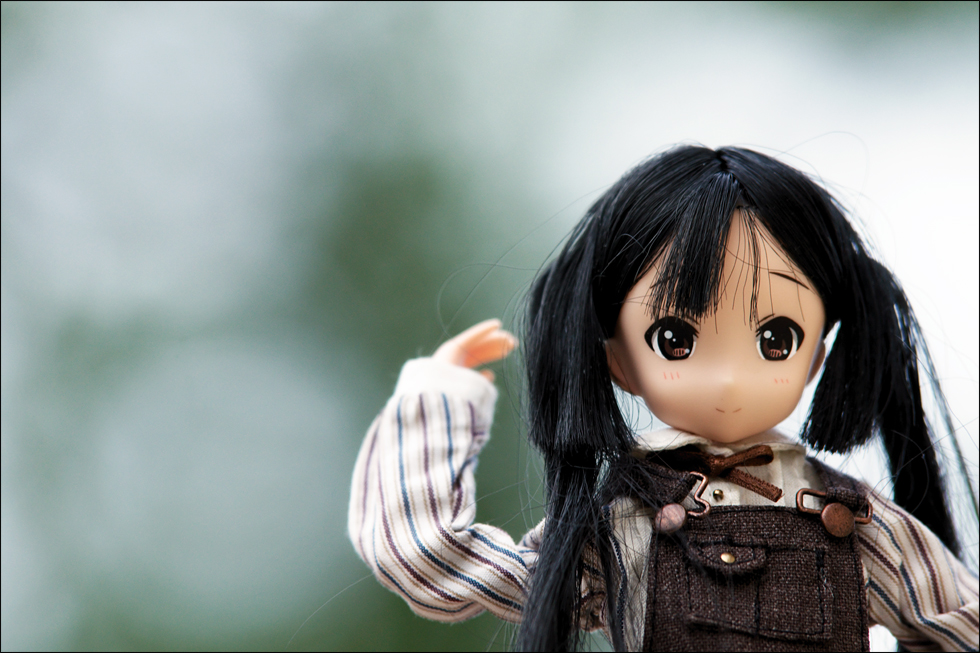 On the bottom line I suck at posing, but still managed to have some fun with Azusa. 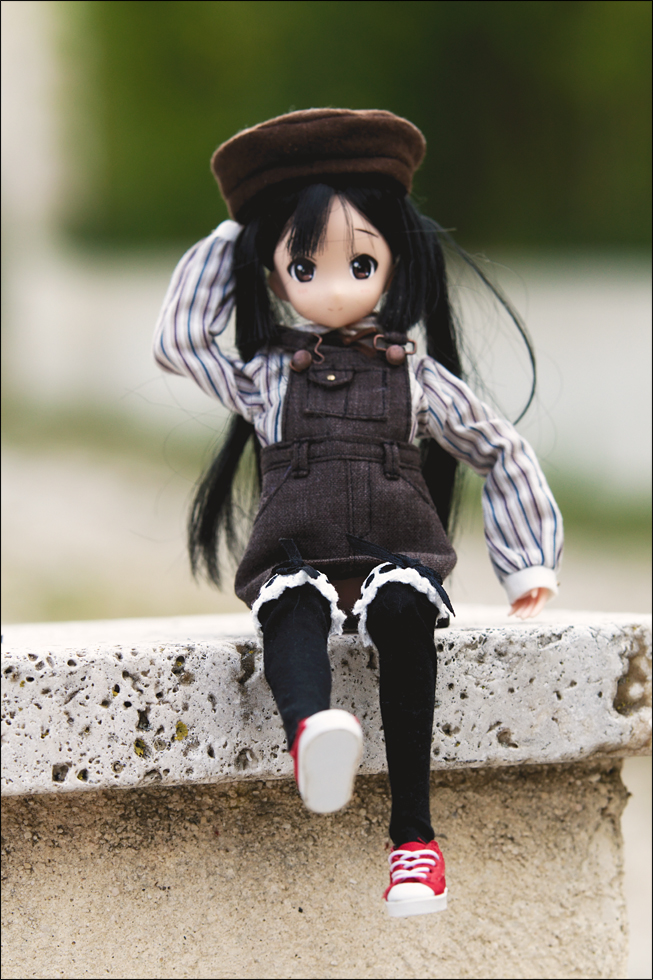