The first post of 2015, today I want to talk about Shingeki no Bahamut Genesis an anime loosely based on the mobile game Rage of Bahamut, it aired from October to December 2014.

As this show started I had no opinion about it, I actually thought it was just a name rip-off like The seven deadly sins, which was not about hot demon girls. But this anime is the real thing and the games company Cygames was involved. The team of this anime project did a very good job with this entertaining dark fantasy adventure anime, I had the impression that they also targeted the audience, that isn’t interested that much in general, moe and ecchi anime.

Shingeki no Bahamut Genesis manages to avoid all major anime custom, even the loli character isn’t generic. It’s a good and distinctive feature. It’s one of the few shows you could watch it with your siblings or friends who are no burning anime fans, without feeling embarassed about panty shots or accidently ecchi, in case they can handle subtitles. 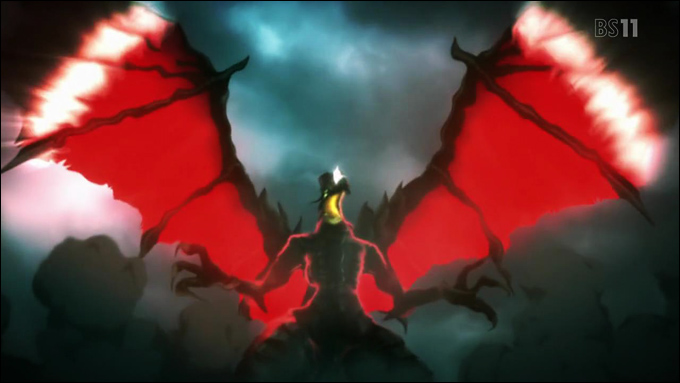 Two thousand years ago Bahamut, a mighty giant dragon appeared on earth, which could only be stopped by an alliance of Gods, Angels, Demons and humans. Bahmut wasn’t killed but went into deep hibernation. The key that was made to seal the dragon was split in two, each half was given to the gods and the demons, the lifeless shell of Bahamut still demands administration to the present day. There is a very fragile peace between humans and demons.

The hero of the story is a guy named Favaron, a freelance Bounty Hunter with a somewhat shady personality. This show actually has two heroes, Kaisar a chivalry guy of noble birth, who also works as bounty hunter. He once was friends with Favaron, but since a certain event he blames him for his fathers death. One day a mysterious girl named Amira appears who asks Favaron for directions to a town named Helheim and so the epic “Roadmovie” begins. 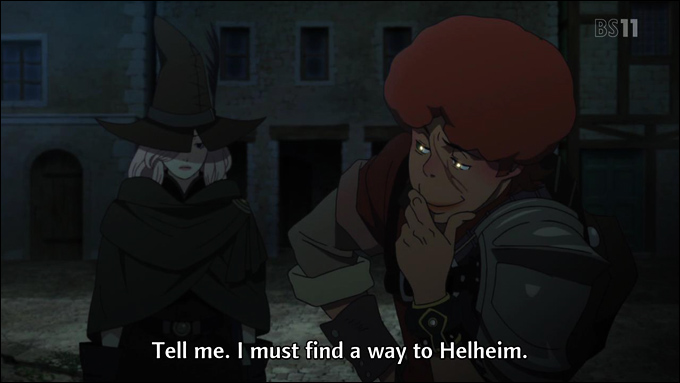 I should not forget, that Amira is also a main character, at first she’s a docile person with a stoic nature. Not very talkactive, but often shows a childish stubbornness, apparently she has the habit of always searching for food. When she’s drunk, she turns into a fun loving woman. 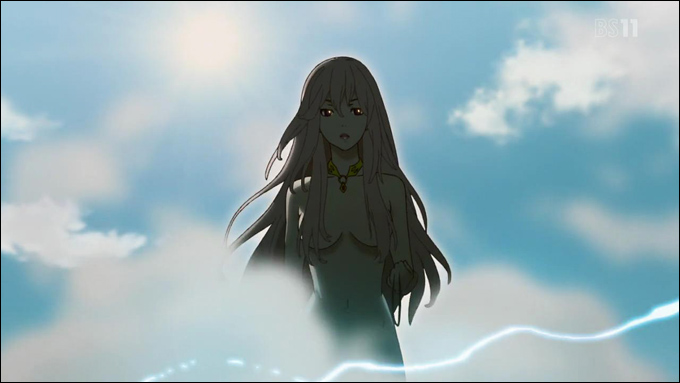 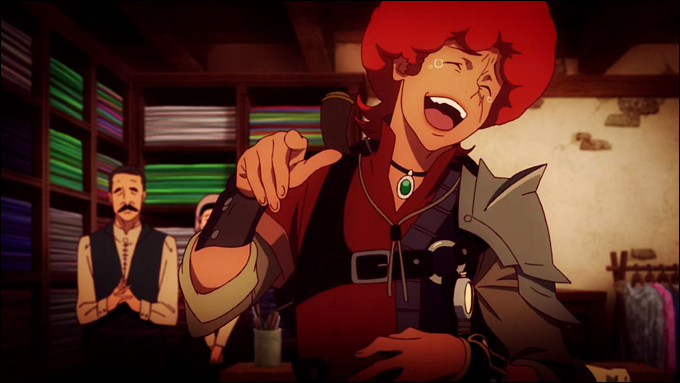 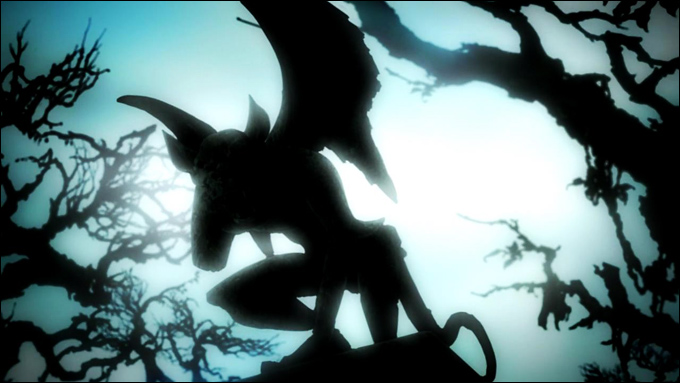 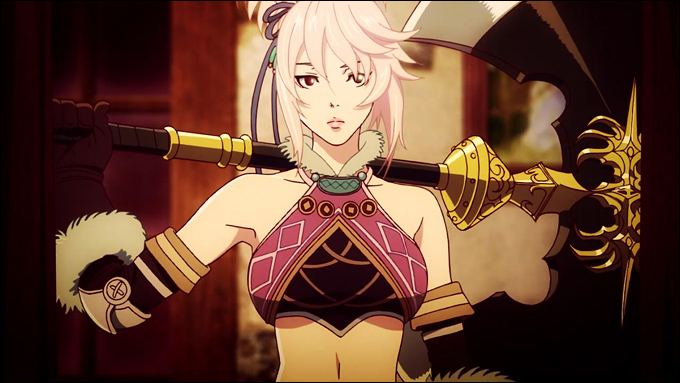 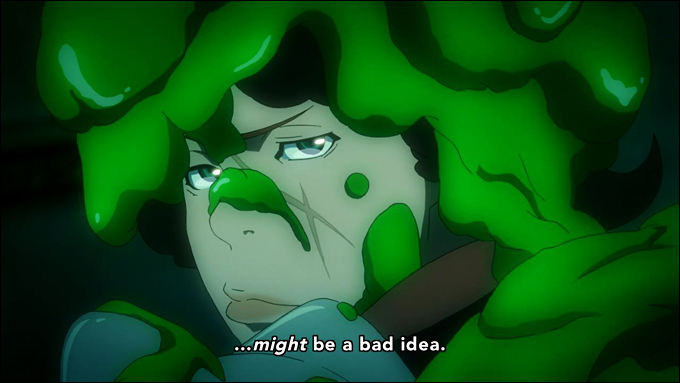 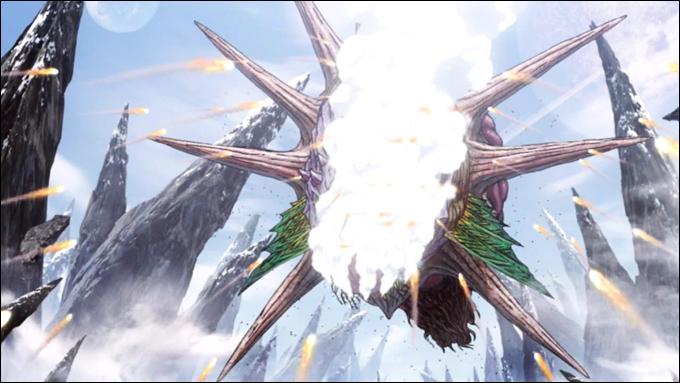 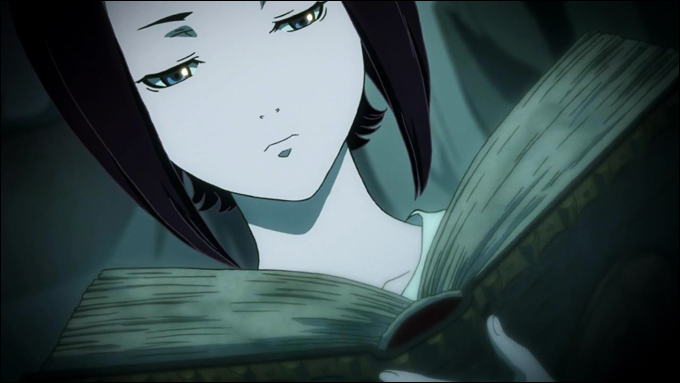 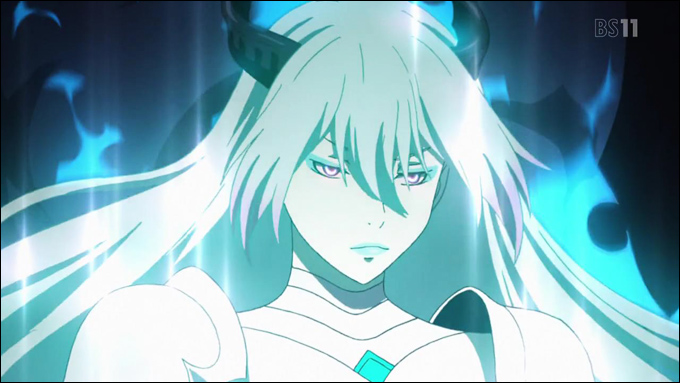 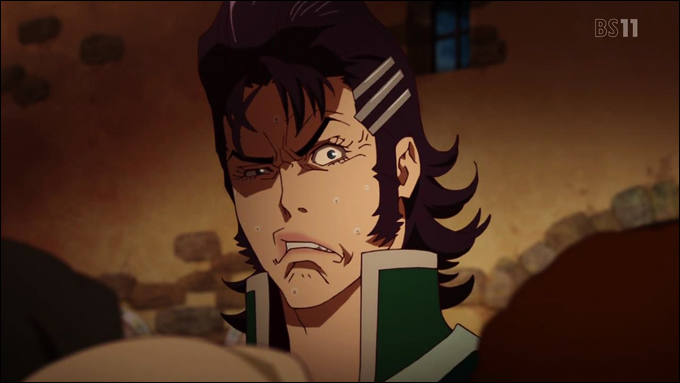 The atmosphere is really great in this show, a little eerie, dark and with some melancholy, though there is often a light sense of humor, what can lead to hilarious situations. There is a very solid and interesting plot in this anime, Yamamoto, Sayo’s influence as episode director can be seen, she worked on Eureka Seven, Gun Slinger Girl, Michiko to Hatchin and Samurai Champloo, which Genesis especially has some similarities to.

I really liked the story of Nebelville, where Kaisar gets an really unexpected companion, Rita a big sister type in a young girls body. She’s gloomy, smart, strong and gets a big role later on. Her gothic/emo look is quite enchanting and she’s also voiced by Sawashiro, Miyuki (´ ▽｀).。ｏ♡ 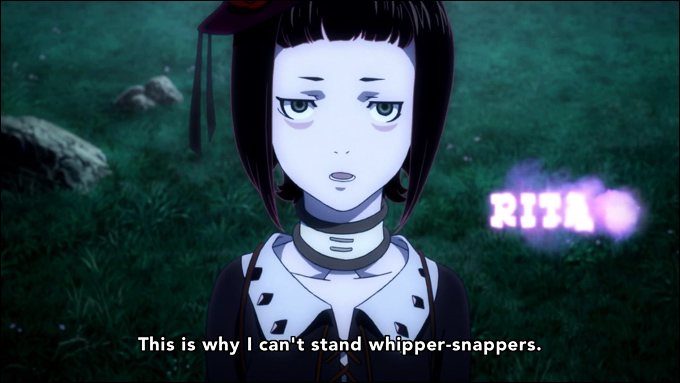 There is a handful of demon characters, don’t expect Olivia among them. Fortunately Cerberus has some screentime, she’s a coward when it comes to fighting, but she’s adorable and I was really happy to see her animated, playing with her hilarious handpuppets. 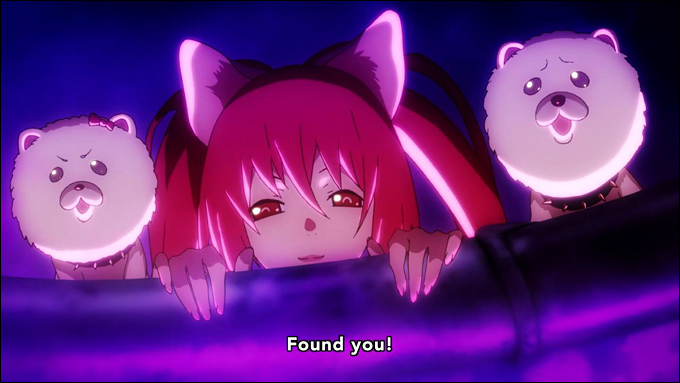 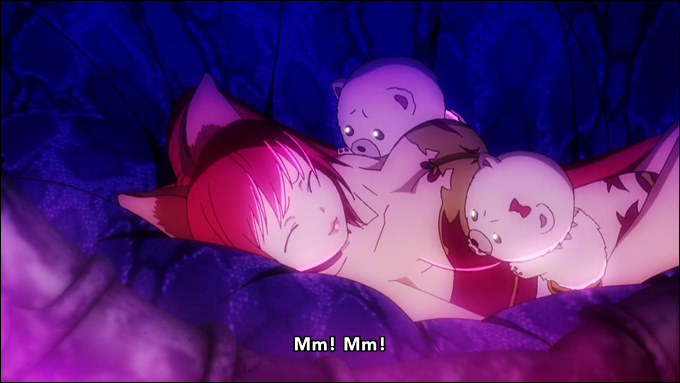 The demons are especially cruel beings having fun with tormenting and playing with humans. Quite some physical violence is there, near the end there also one scene with psychological violence. 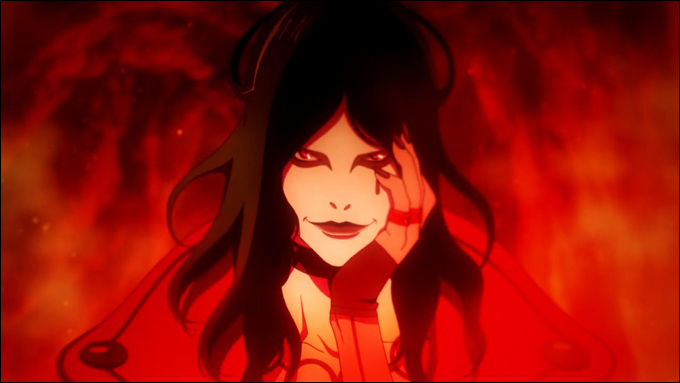 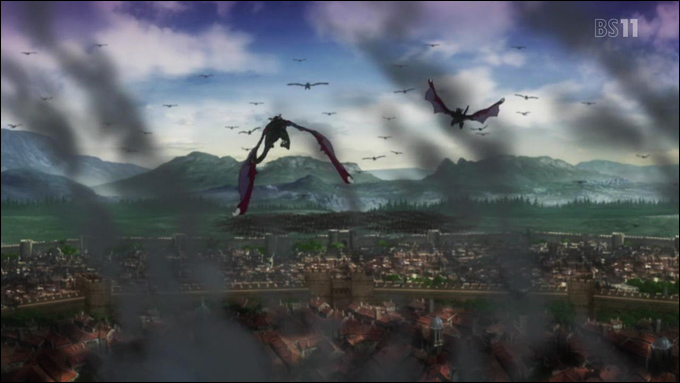 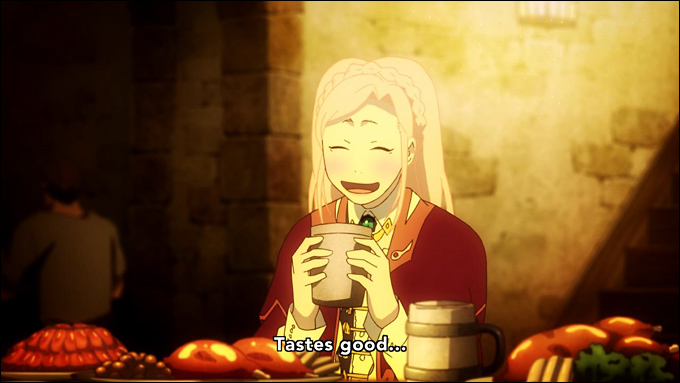 I was really impressed by the visual presentation of Shingeki no Bahamut Genesis, smooth animations, great action scenes, detailed backgrounds and character models, the style is a little different from usual anime, going into a more realistic direction.

This show also has a great OST, a pushing Opening Theme and a romantic Ending Theme.

Shingeki no Bahamut Genesis, even though it was only 12 episodes long is a very good adventure anime within an interesting, cool dark fantasy setting. The main characters are awesome and very likeable. The plot is told in a consistent fashion and is addicting from the first episode. The show also convinces with a high production quality.