I recently watched Giovanni no Shima (Giovanni’s Island) without knowing what I would get to see.

Giovanni no Shima is a Movie that aired in February 2014 and was produced by Production I.G. and Warner Brothers, directed by Nishikubo, Mizuho. It’s partially based on real historic events, for further interest please follow this link 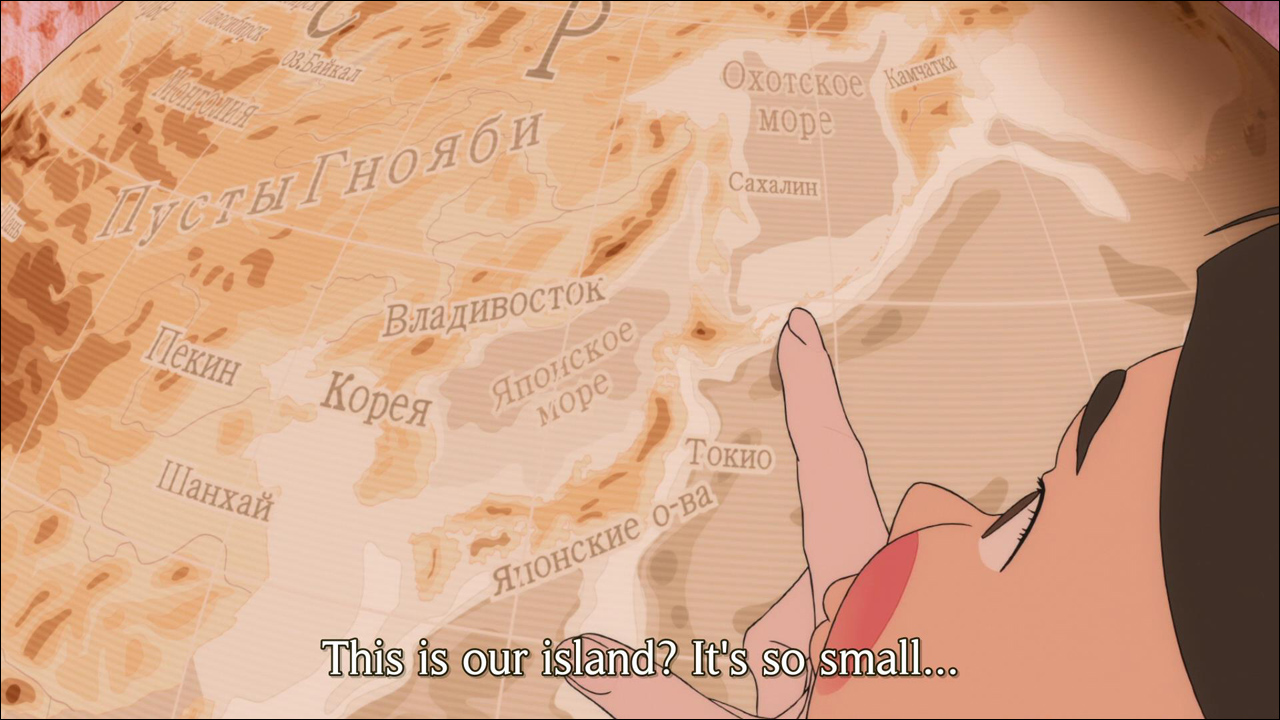 “When people die, they rise up into heaven and become stars in the night sky.
Those countless stars fill the sky, shining brightly and eternally, and we live our lives down here, basking in their light…” 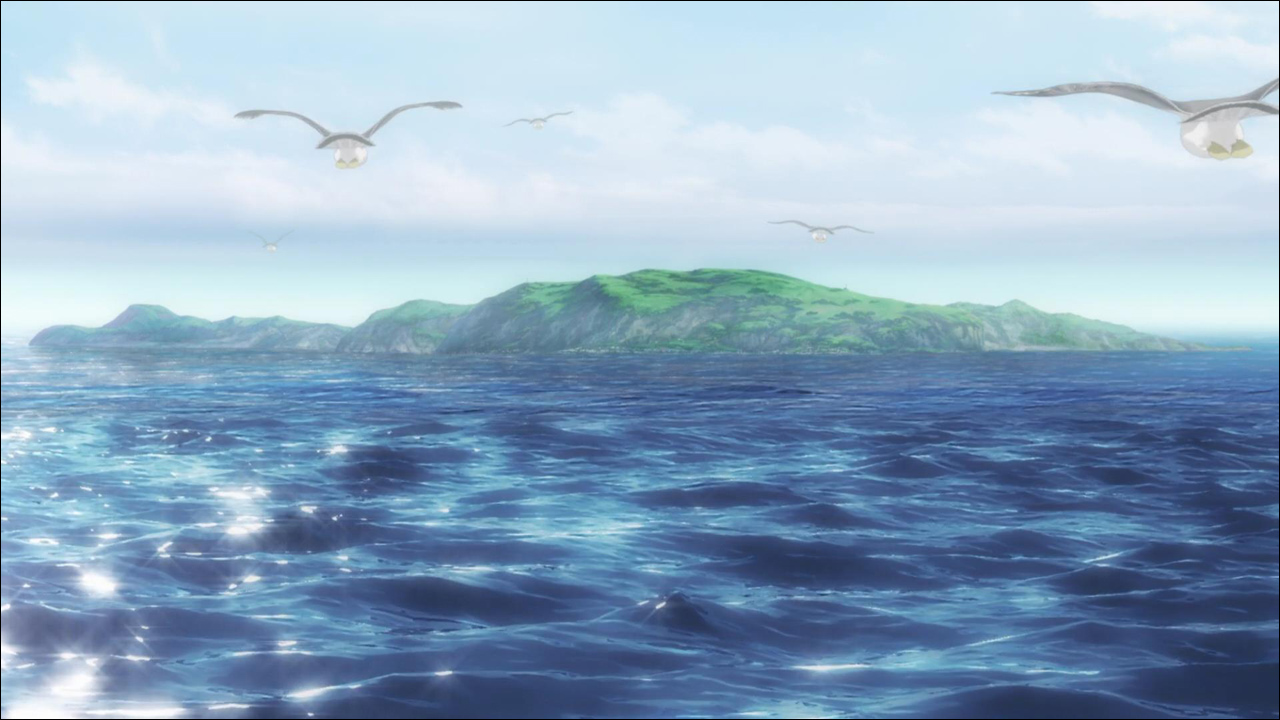 The movie starts on the sparkling ocean with two old people reminiscing about their past onboard of a ship heading to the Island Shikotan, their direction is a class reunion from their elementary school. After the intro scene the Movie switches to the old man’s childhood on Shikotan during the last days of the second world war. 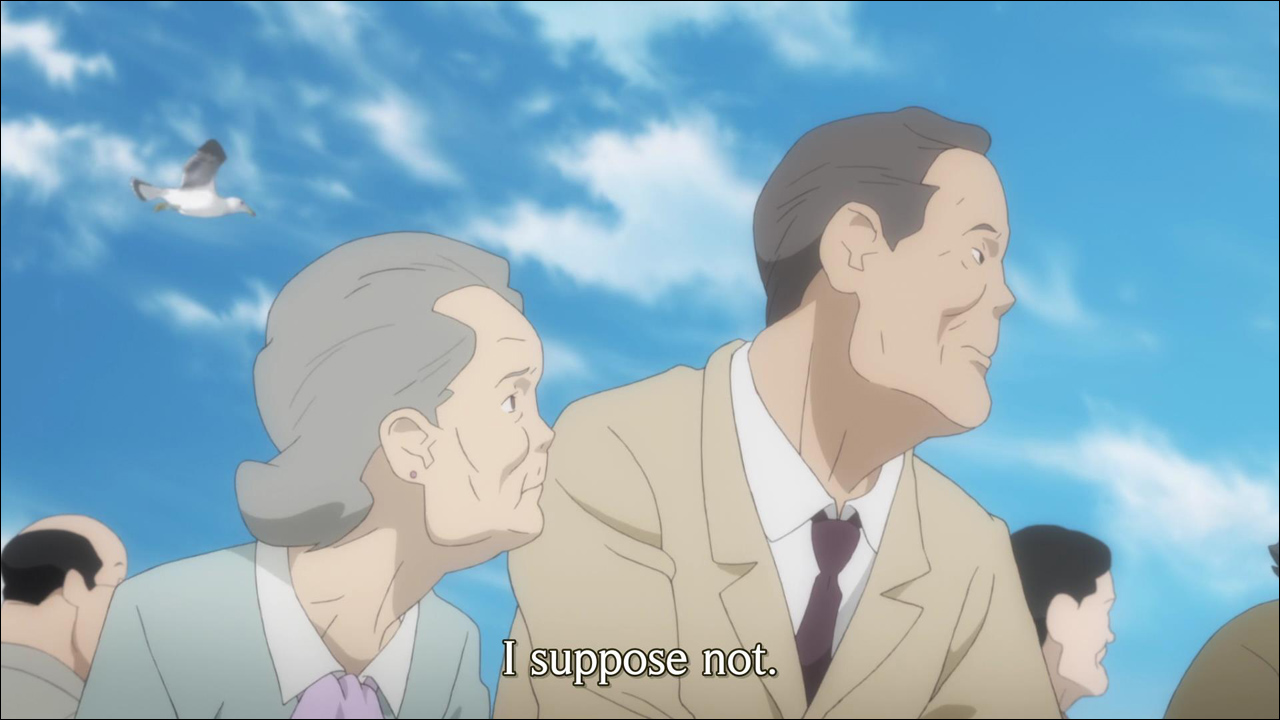 I don’t how it was for you, but in my history books from school, we didn’t pay much attention to the pacific war or Japans role in the WWII at all, So I knew nothing about the Soviet involvement in the pacific campaign, aside from a short sidenote. 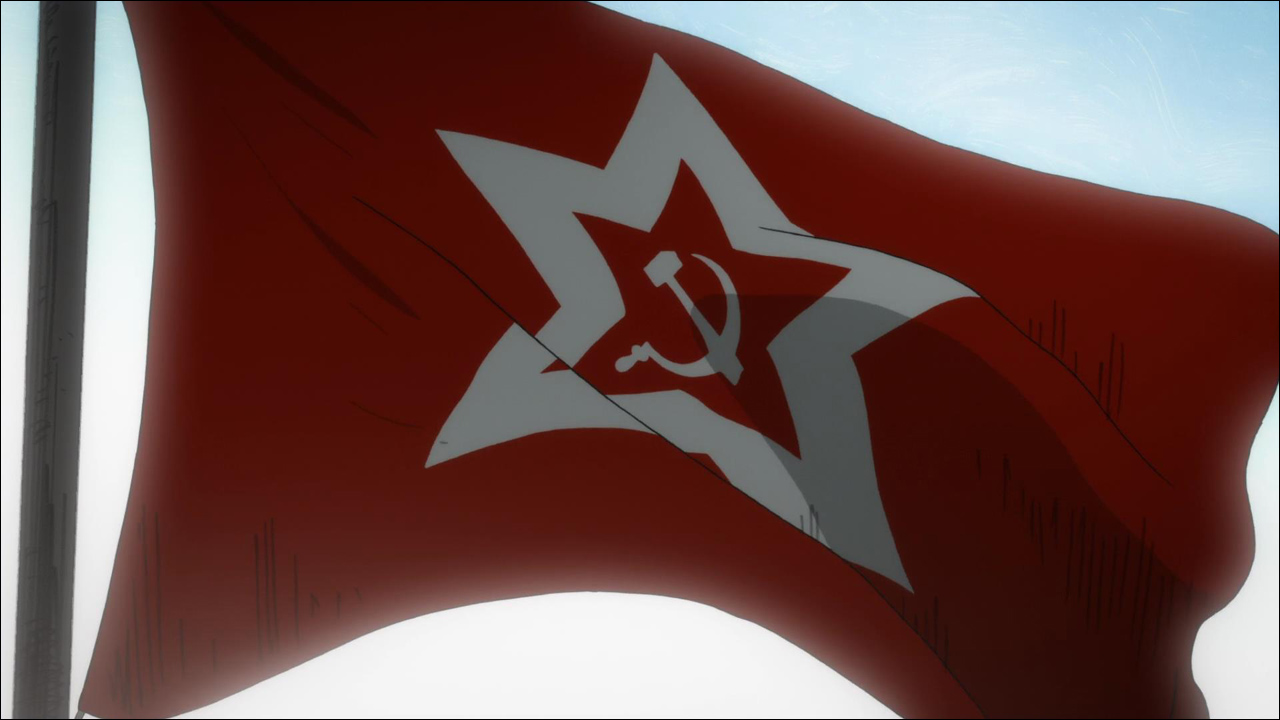 The story centers on a small island, as Japan officialy surrendered, in these last days the russians still wanted to gain something and invaded some islands that actually belonged to Japan. On the island are mainly fisherman and a small community of civillians. 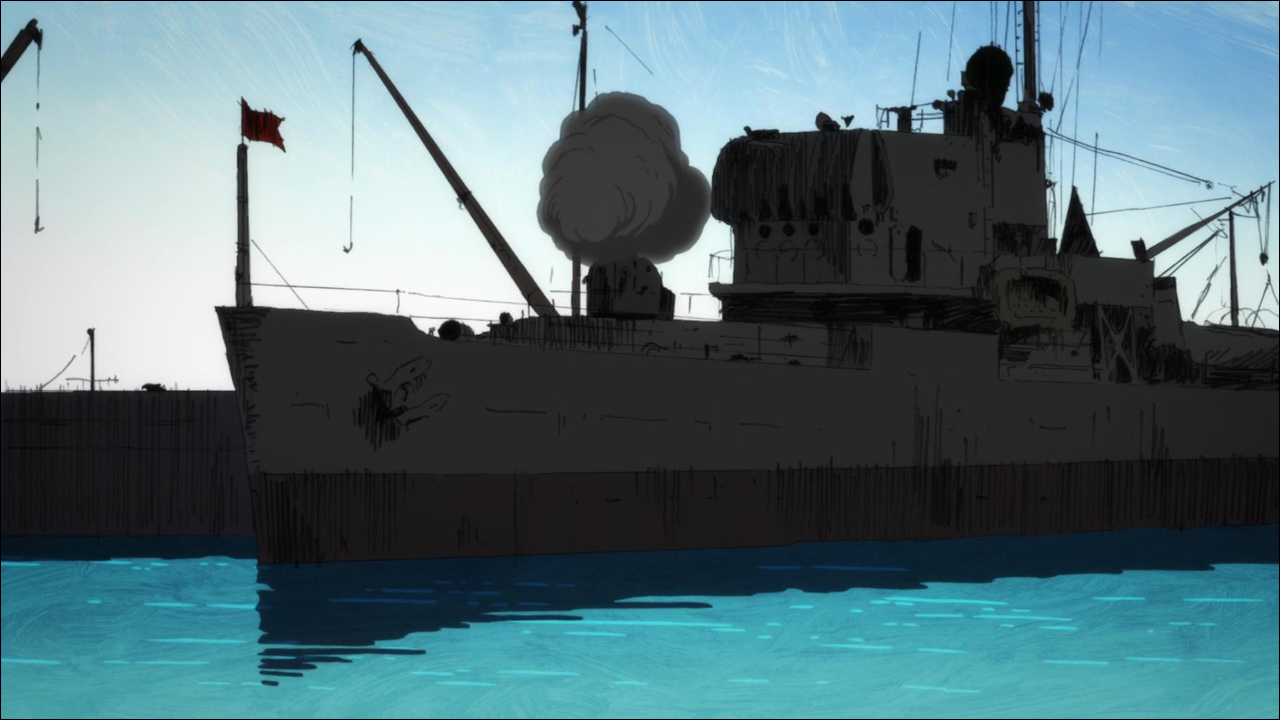 That gunshot was so loud, that my head was ringing *kabooom*

The russians are actually not such mean invaders as one would ecpect, I felt a bit uneasy in the first scene as they stormed the school with the young female teacher and the kids inside Well, the remaining Japanese soldiers were transported to labour camps in another country. 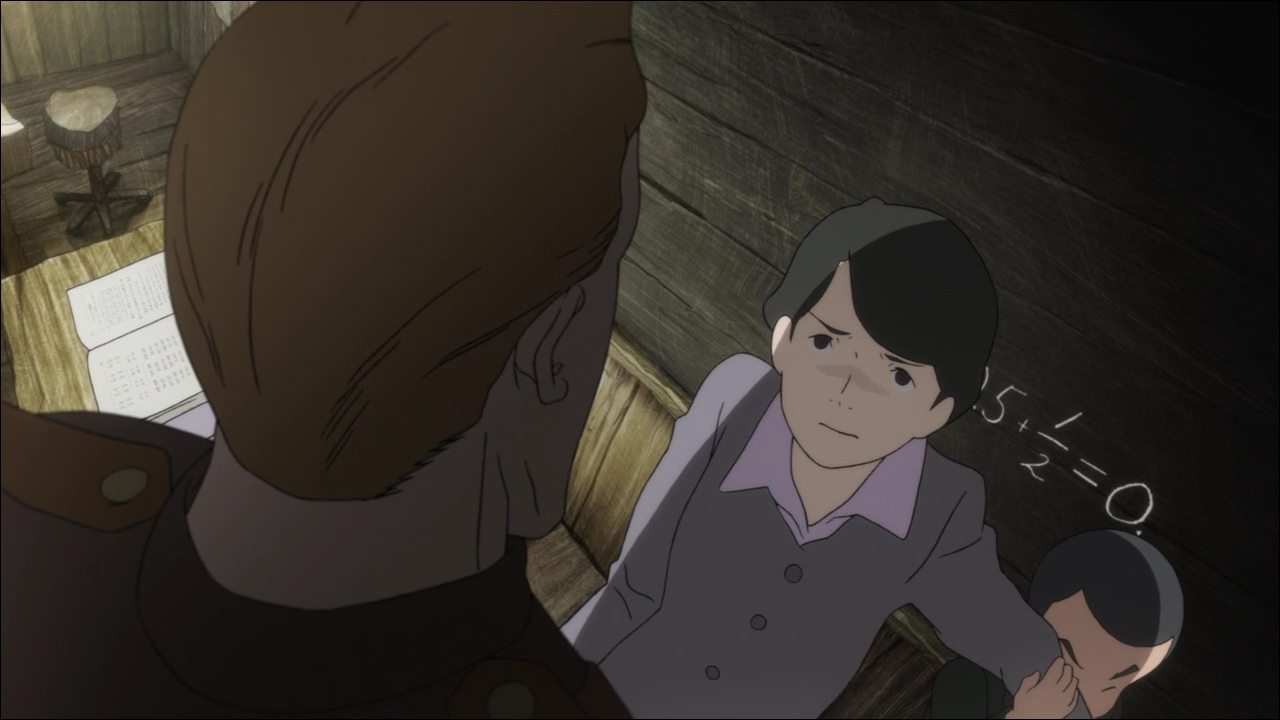 The island itself didn’t offer much to exploit for the soviets except a beautiful scenerery.

We experience the story from the perspective of two brothers Junpei and Kanta. 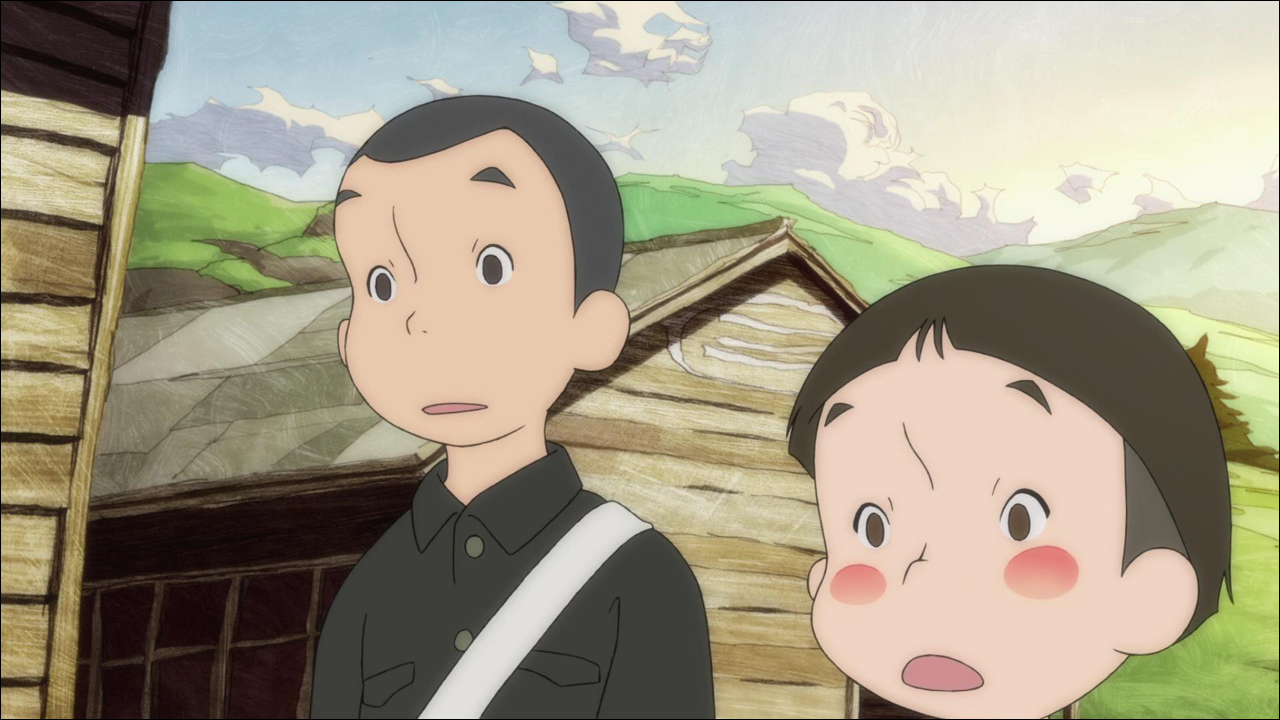 As first impression it was a bit weird that the civillians have to divide their homes for incoming russian families that take one half. Also the little school is divided in two parts for russian and japenese kids. They are forced to coexist, at first thats leads to some quarrels. For example each class tried to overpower the other class with singing their morning anthem. 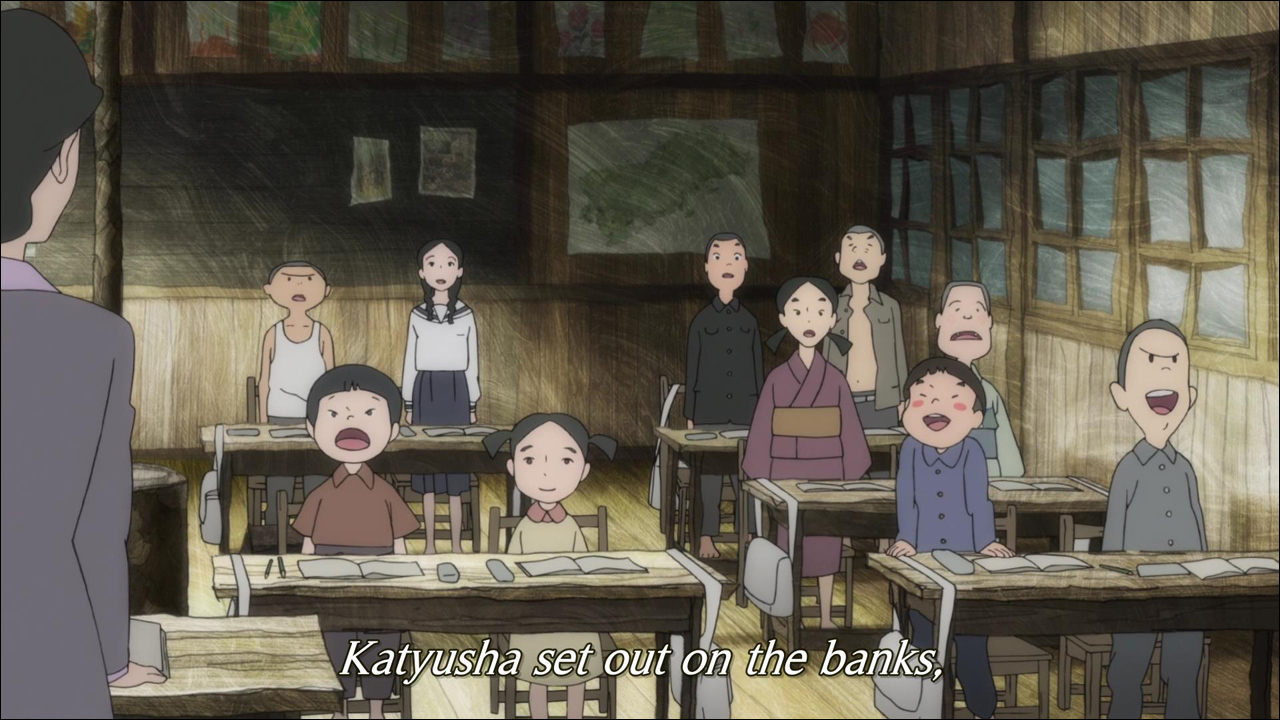 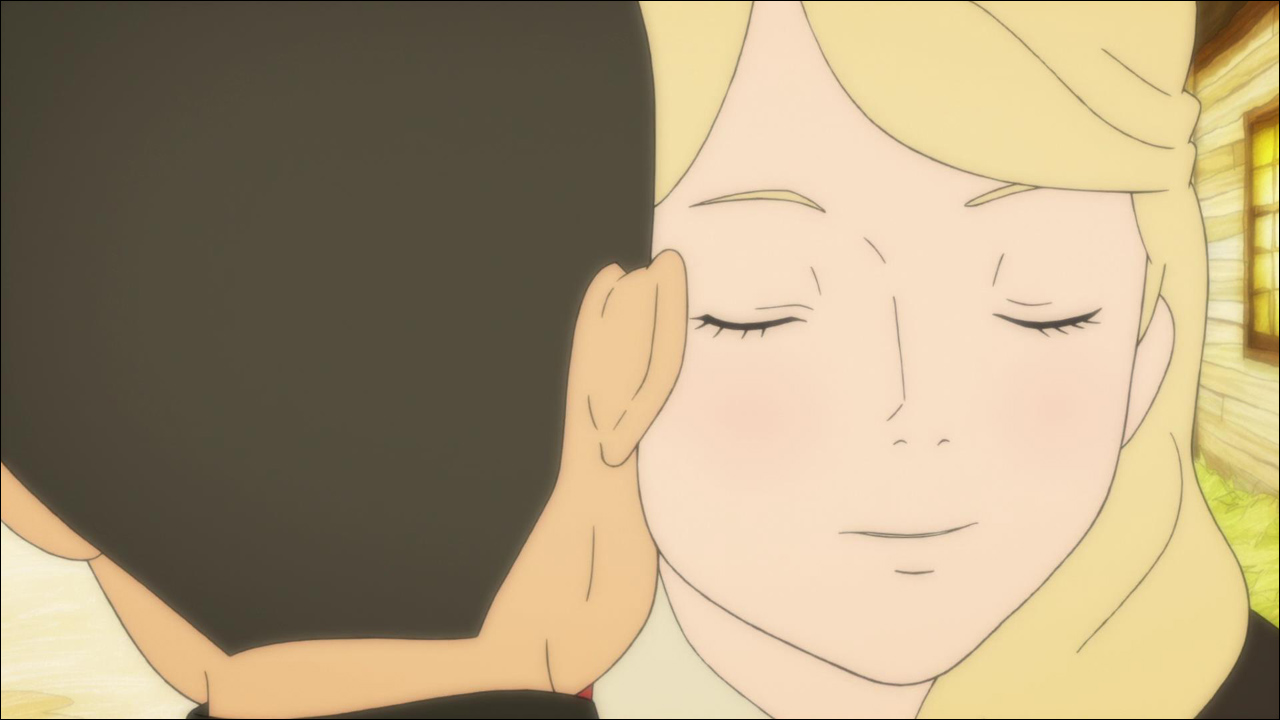 After a while things turn out more positive, through the thin wooden classroom walls both classes join voices and sing the katyusha song and the japenese one afterwards. The kids also start playing together peacefully and learn a bit of the other nations language. A peaceful coexistence appears possible during the time of these events. 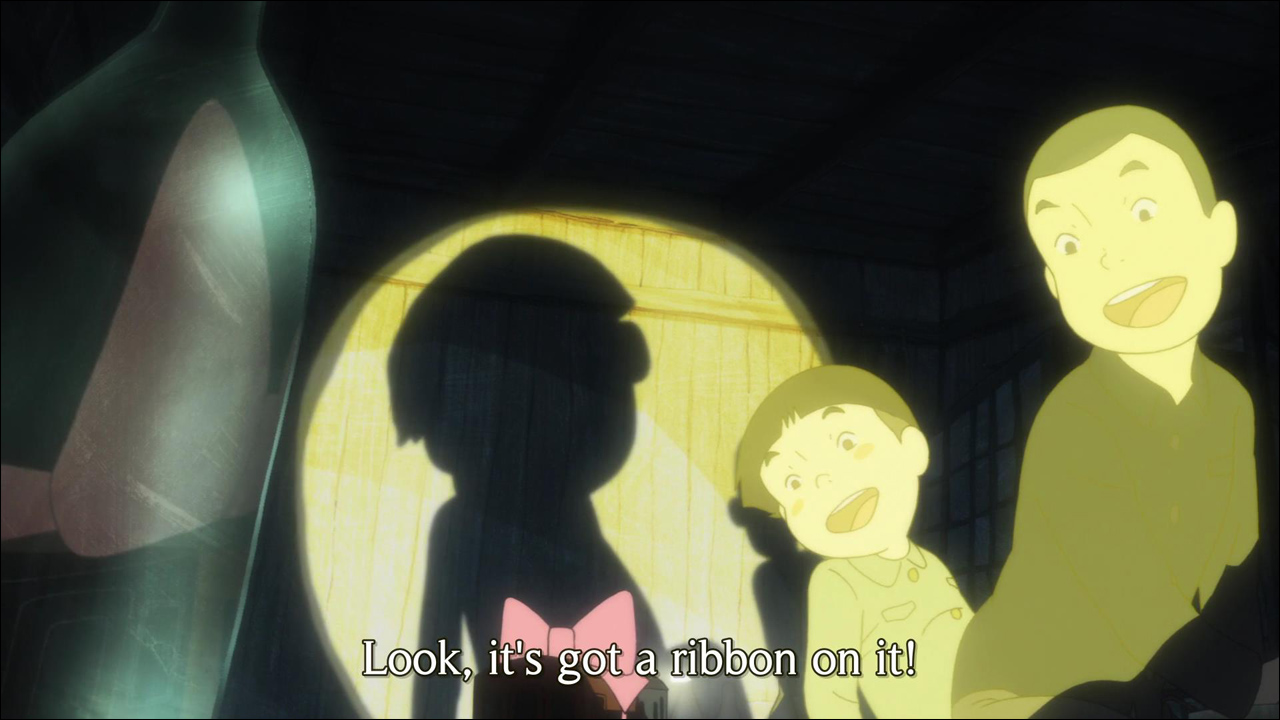 The boys are playing with their battery powered railway. 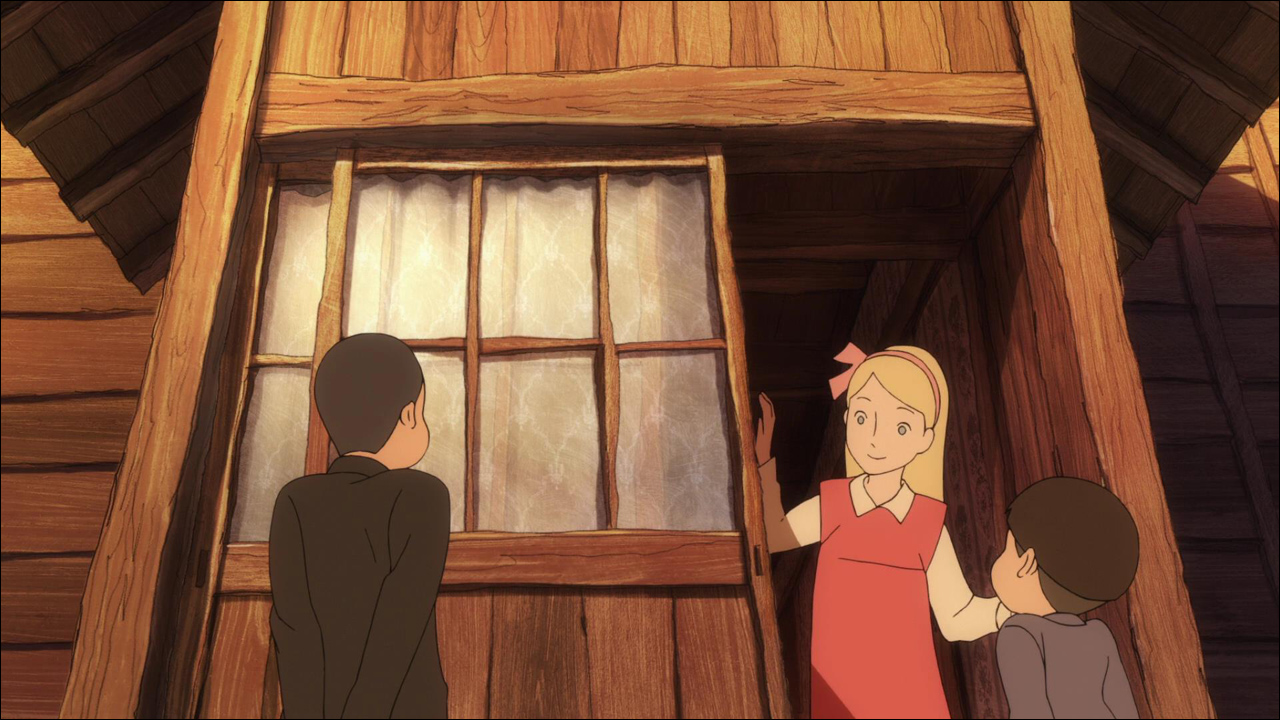 The two brothers Junpei and Kanta even befriend with the commanders daughter Tanja, they name themself Giovanni and Campanella because they assume that she can’t pronounce their real names. They eat together with the russian family, who treat the two boys very sincere. 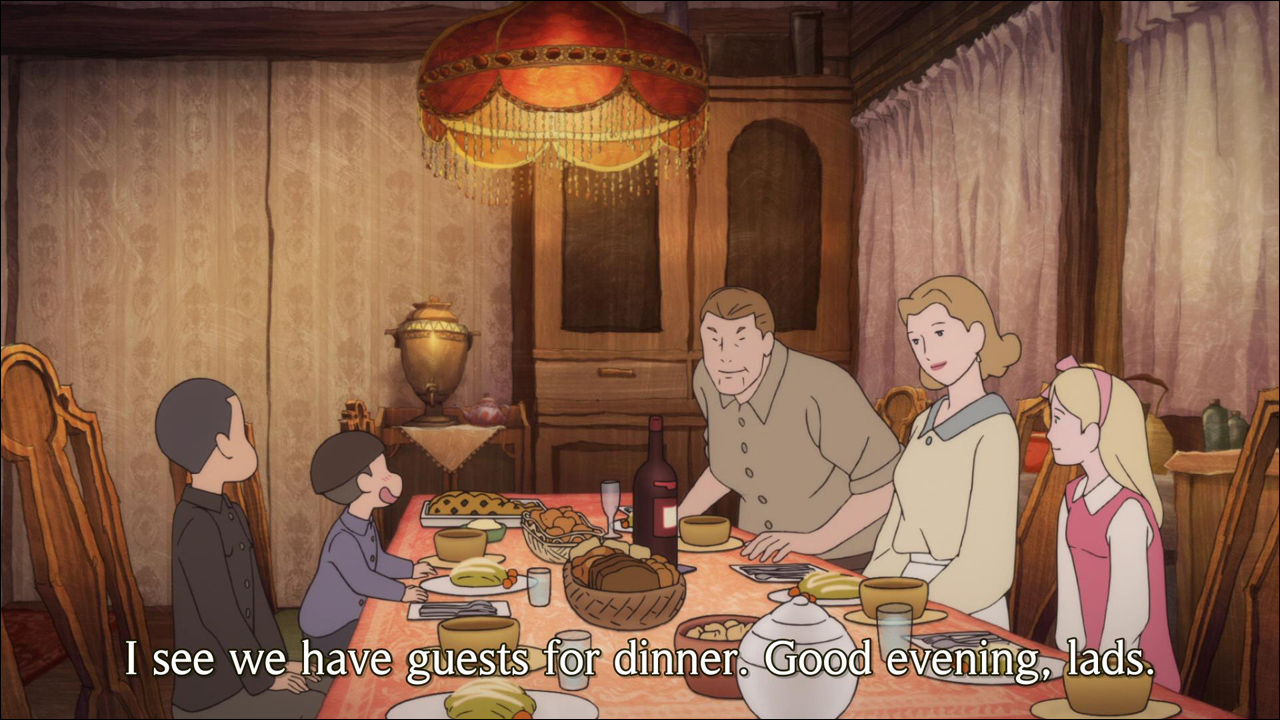 This nice utopia still is twisted, the food supply is very limited for the invaded villagers, only the russian army families have some luxury. The japenese citizens are deliberately driven in a corner and forced to smuggle, when the food smuggling is discovered all citizens are forced to leave the Island without exception, it appears really unfair, but after you loose a war you’ve started it’s victor’s justice, a  prominent topic in this movie. 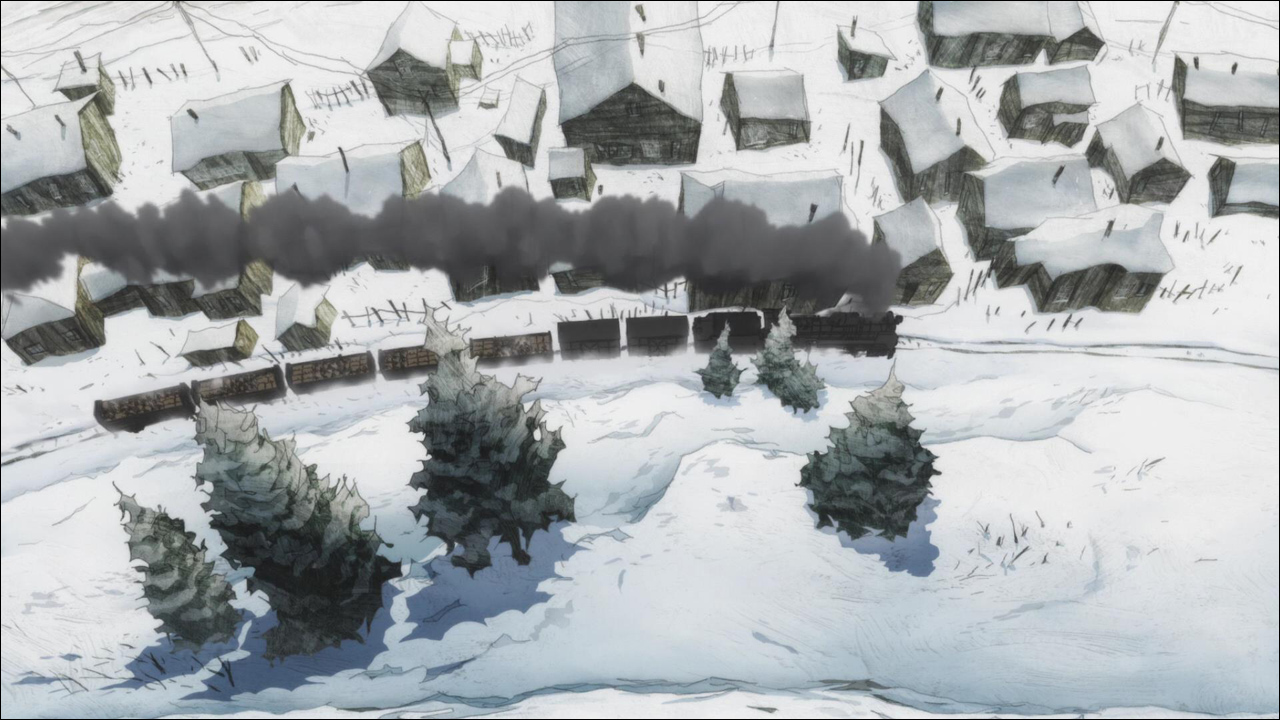 The first half was rather friendly, even shortly after the invasion, the things we see through the perspektive Junpei and Kanta are vivid and appear like a relatively normal childhood.

From then on the after war drama unfolds it’s really depressing clockwork. The villagers are put on a huge transport ship, actually expecting to be shipped to the japanese homeland, but the people are thrown into labour camps in another country. It’s cold and people get sick. 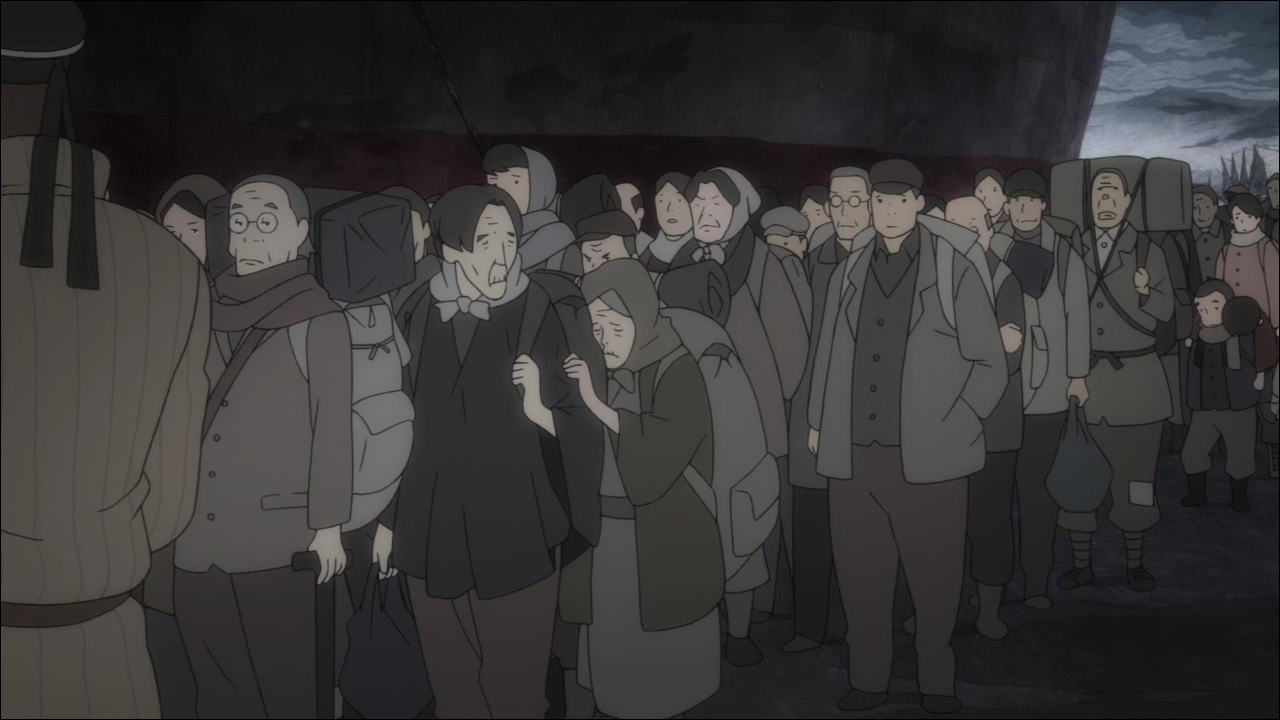 Junpei and Kanta get seperated from their father. When the two brothers find themselves in difficult situations they remember the story of a book their father once told them, The night on the Galactic Railroad’ (The popular novel) is their way to escape the often harsh post war world, but no magic is involved. 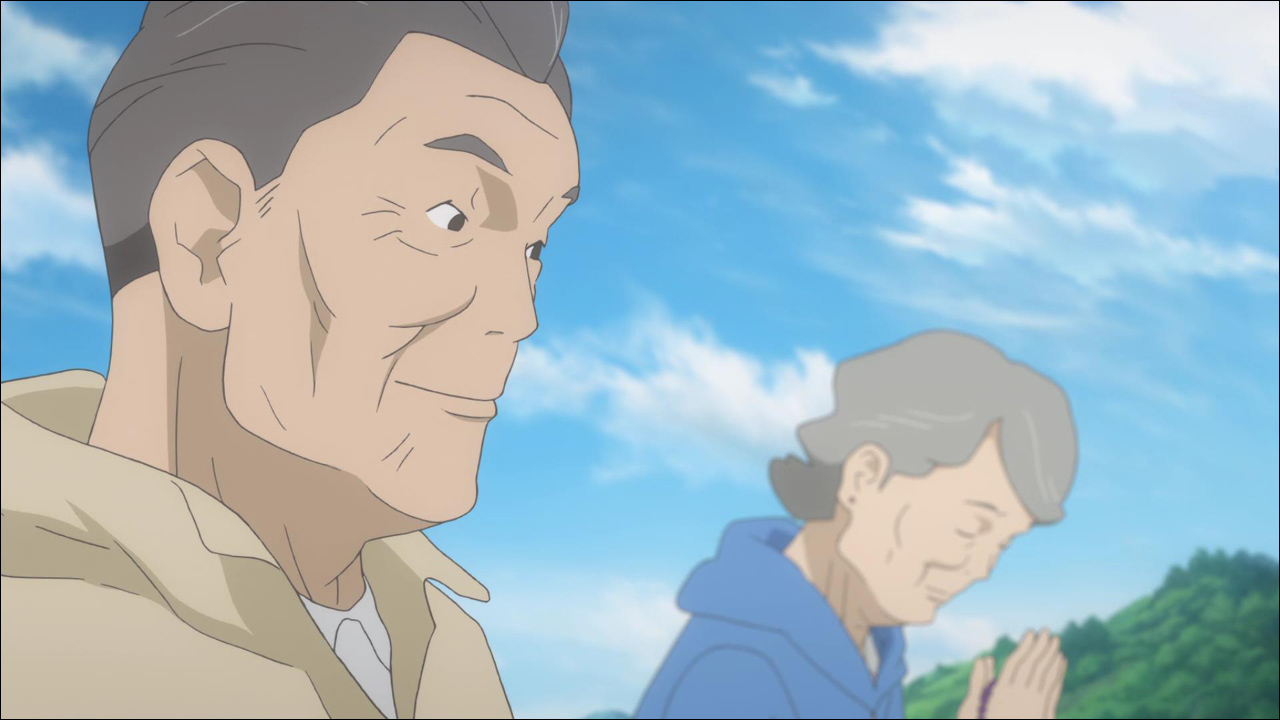 At the end the story switches back to the present to the class reunion celebration of both the russians and former japanese villagers. The old Japanese people who were allowed to visit the island, to receive their graduation papers. 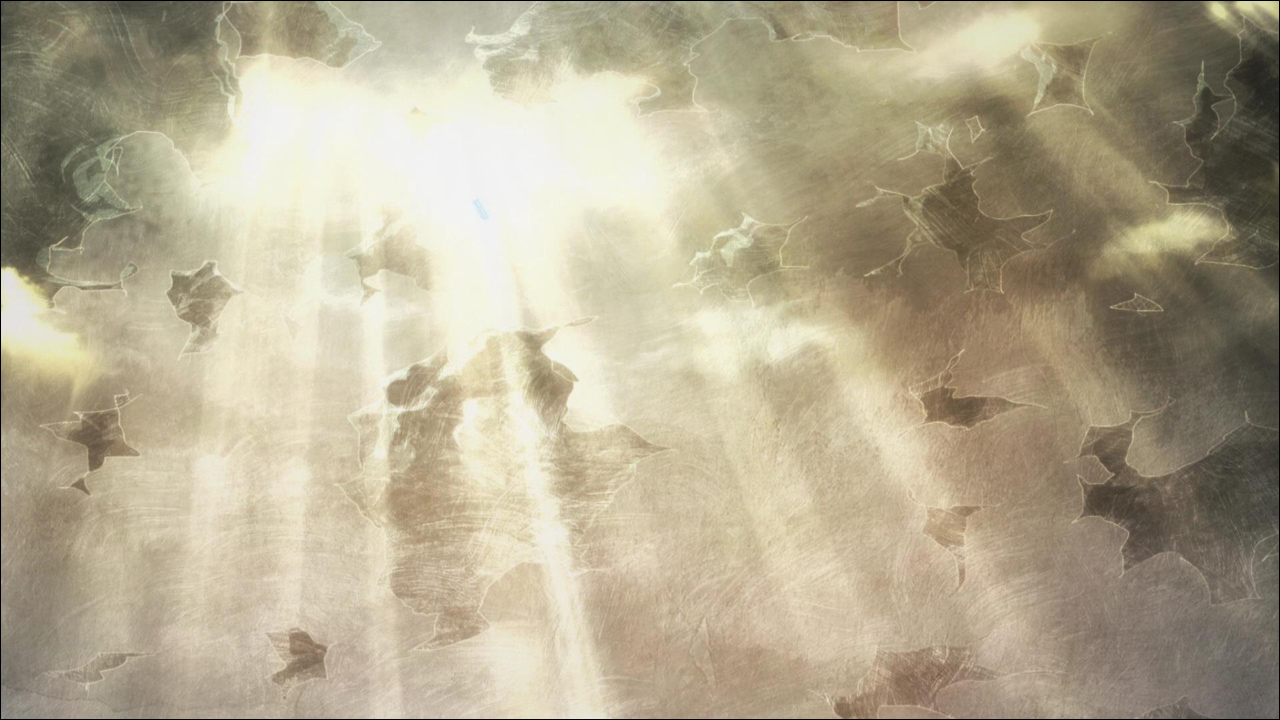 The Movie actually doesn’t judge from a nationalistic perspective, it doesn’t blame the russians diretly for their actions nevertheless from todays view on things, it is just wrong to punish innocent civillians for a war which was started by the countries leaders in the first place. Banishment and compulsory labor this all makes me sick, generally speaking.

Maybe this is a weak point of the movie, not to blame the “invaders” a single time. I think they were directly to blame for the unnecessary suffering of these people.
Sure Japan also commited crimes back then, maybe even worse, but not these civillians! 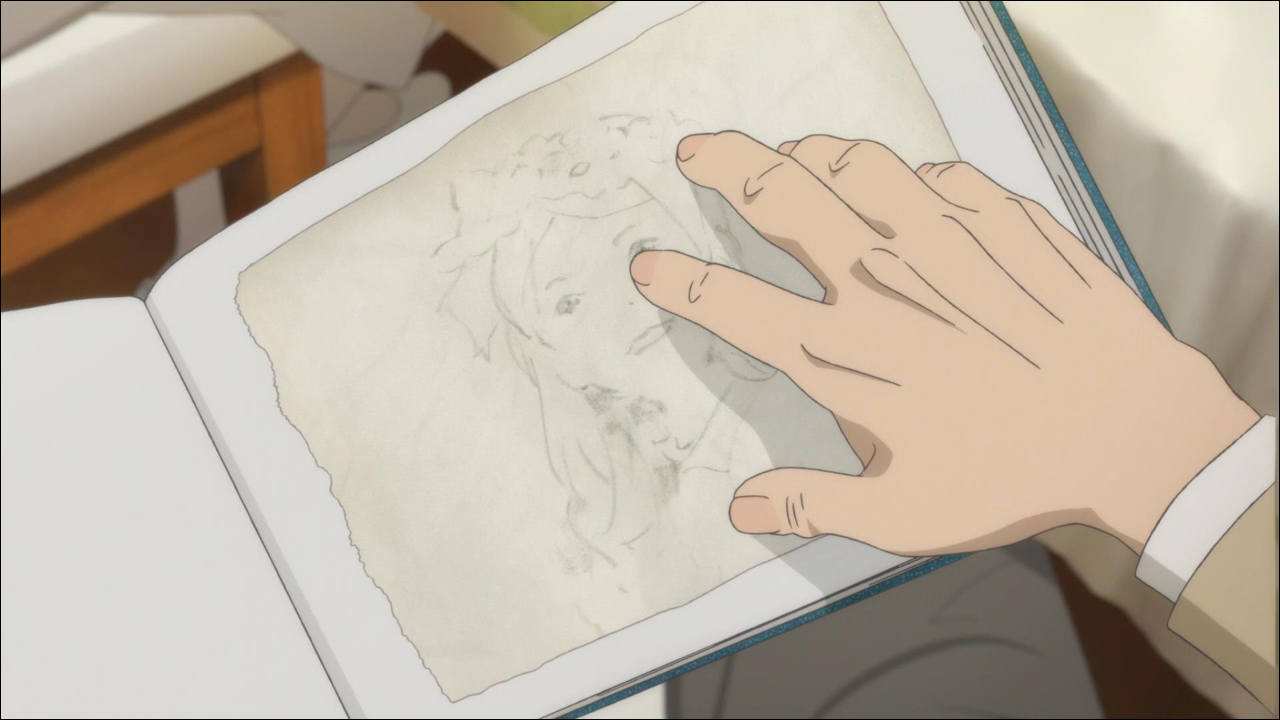 The animation style is kept simple, but the characters are still drawn distinctive and appealing. Also the backgrounds look quite pretty with the beautiful island. The voice acting also deserves to be mentioned, the talented actors show us the beauty of the russian language.

Giovanni no Shima leaves the audience with an conciliatory end, but in a also sad silence. I felt really agiated and touched. I intentionally never watched Grave of Fireflies, because it’s sad on a rather disturbing level, but I think Giovanni no Shima is on a similar level with a more positive message, still these kind of movies are hard to digest after everything said and done.

If you are a fan of anime movies in general or like to see some ambitious post war drama, I would recommend Giovanni no Shima, it’s not all sad and partially shows humor.