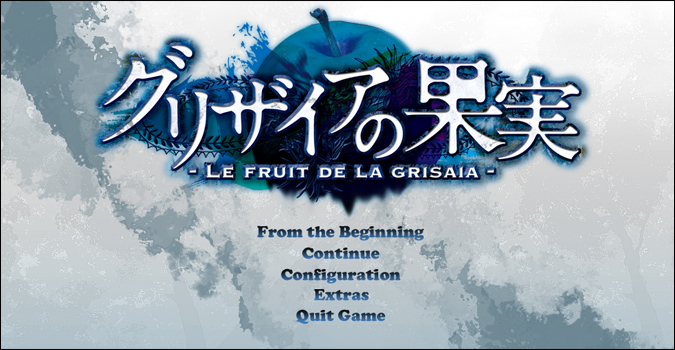 Today is a first, since I will talk about Grisaia no Kajitsu a VN from 2010, made by Frontwing,  who got an anime adaption recently, but this was a bit rushed and strange, like most 12/13 episode long VN adaptions, it only showed a glimpse of this awesome game.

A VN is a visual novel, pictures and text are combined into a game. Choosing different answers and sometimes minigames decide about the route the player takes. One route is often dedicated to a certain girl which was introduced during the intro phase.

Until then I mainly played older VN’s from before 2010, Grisaia is newer and literally made me jawdrop as I saw the elaborate opening. The artwork is pretty much top notch, also in dialog mode everything is a feast for the eye. All artworks are illustrated by Shū Hirose.

In Grisaia no Kajitsu we take the role of Kazami Yuuji, a boy with a twisted past and a military background, compared to other VN heroes, he has more depth, through certain philosophical monolouges we learn quite a lot about him, he’s quite eccentric and shows a twisted humor. His smartass act in the beginning is slightly annoying at times, but I got used to it fast. 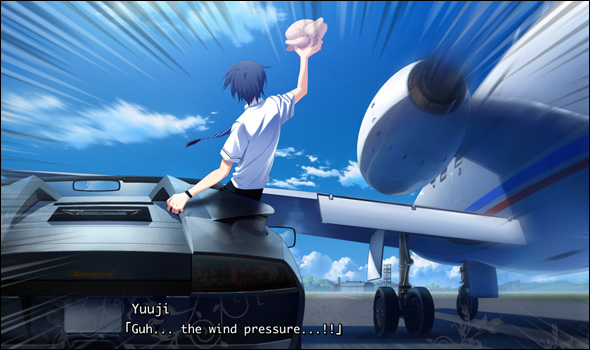 Due to special circumstances Yuuji Kazami transfers to Mihama Academy, to finallly start a normal school life. It turns out that this school is only partially normal it’s a special school for teenagers with special circumstances. Next to Kazami there are only five female students enrolled. The game has a ridiculous long intro, though I love this part about the game, we slowly get to know each girl before making crucial decisions wrapped up in humoristic communications and highschool life comedy, the chemistry between all characters is very well done and entertaining and we follow Kazami through a quite nice school environment.

Actually there are five main plot lines that the player will have the chance to experience, one for each heroine. Everyone of these lovely girls appear very normal at first look except Michiru XD, nevertheless every girl has psychologic issues that we discover in each route. 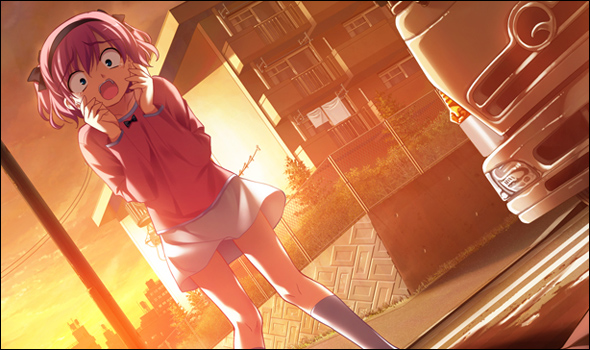 The writer of this story took great care to make these issues comprehensible for the audience, though the backstories often feel a bit extreme, heartwrenching and disturbing, don’t worry no one gets raped or physically tormented, their scars are all on a psychologic base.

Every route is diversified and shows us something new, though some routes are more outstanding than others. The most tantalizing routes are Makina’s and Amane’s. Yumiko’s, Sachi’s and Michiru’s routes are more something for the heart. Kazami often takes the role of the narrator, but sometimes the narrative perspective is switched to one of the girls. 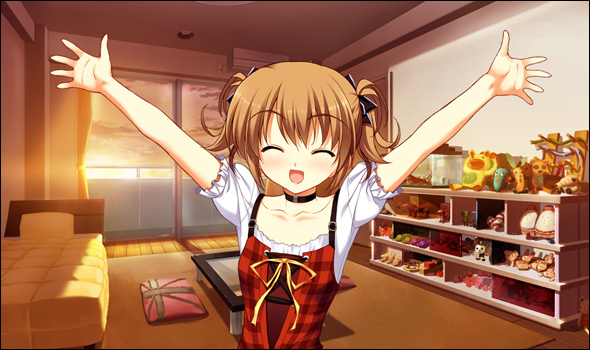 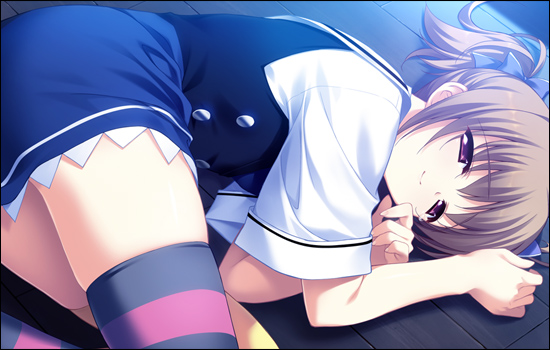 In the route of Makina we learn a lot about military, self defence and the scary pontential of japanese comglomerates and how to have a foul mouth. Makina is the loli type, cute, mishievous and full of energy, I love the way she laughs. 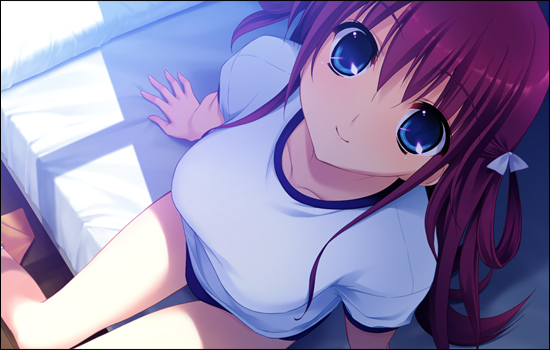 The route of Amane shows us what happens when humans find themself in extreme situations Amane is a naughty girl, but also a very sincere person, taking care of others is a habit of her. This route also considering the end was my favorite. 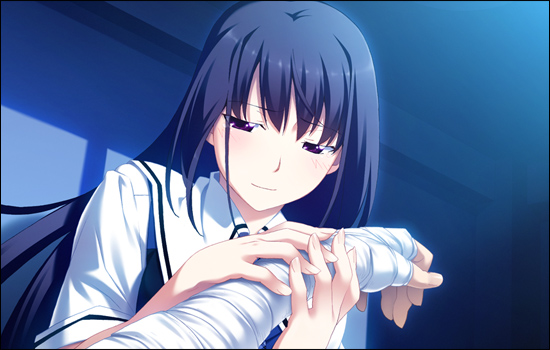 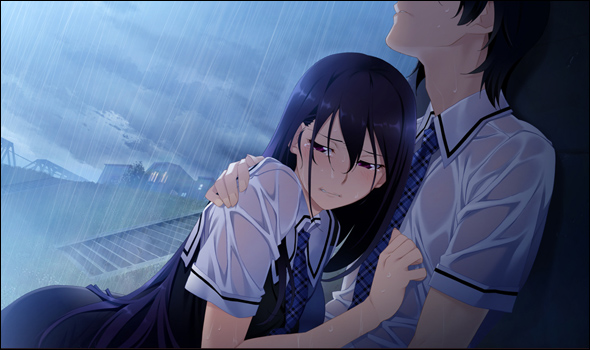 In the route of Yumiko we learn how bad a family can be, even when they are rich. Yumiko is a stoic person that always tries to keep her distance from others. It’s a cute arc actually. 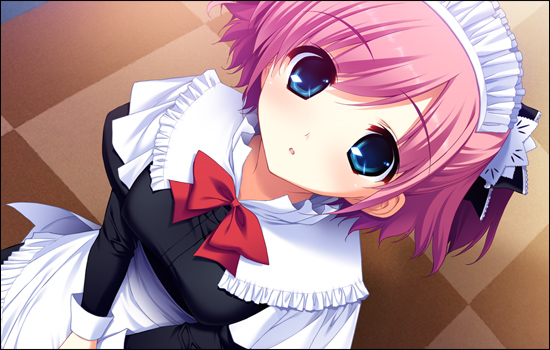 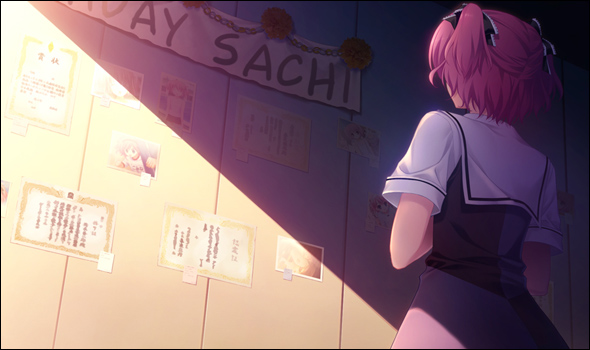 The Sachi route shows what happens when you don’t listen to your parents, this was the most shocking arc for me, I was like “Nooo, what just happened!” It also has a touching route. Sachi always dresses as maid and enjoys to make errands and maid like things with a smile. 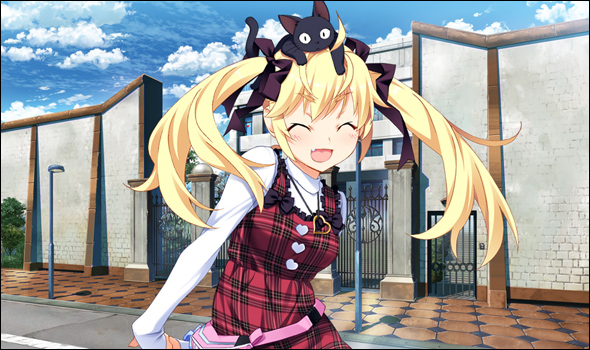 The route of Michiru is a bit mixed up many things were happening. Michiru always acts somewhat silly and dumb, anyway she is among my favorite characters of the game, her outfit is always really chic and she’s a really sweet, cuddly girl.

The VN obviously has ero scenes, but you will have to play a lot more until you see them. It actually aren’t that many scenes, but they often have a two round pattern.
Sometimes it felt a bit unnecessary, maybe the author wanted to brag about his stamina XD

Every girl also has an optional bad ending, when you make a wrong choice, I played two of them, but they were quite scary and disturbing, The Good End stories are already sad enough. 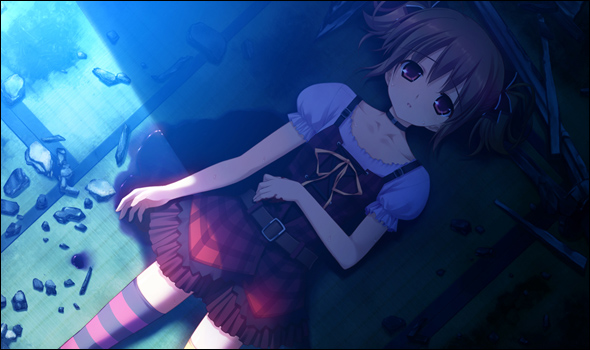 – No route about princibal Tachibana, for me it was love on first sight, but you can only date the schoolgirls.

– After playing all routes the sex scenes get a bit annoying with the same sound effects.
It was always the same patten with Kazami’s sadistic teasing and the girls getting flustered. 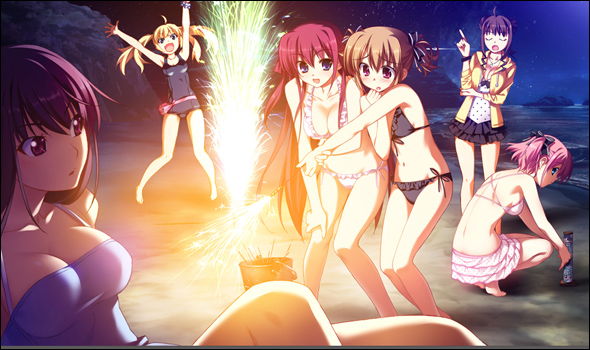 I enjoyed this big budget VN a lot, might be easily my most favorite one until now. Visual appeal and an elaborate plot go hand in hand. I consider the long routes as something very positive, even though it took me 1 and a half year to finish all the routes, (I have to admit that I took a few longer breaks ^^) The deep atmosphere in this whole Visual Novel is a great experience.

Another good thing of Grisaia no Kajitsu is that with the phylosphic and psychologic elements you can learn something about yourself.

Have you played the game yet? if so do you have a favorite route?
If not there will be a legally translated version soon.