Mirai and I went on our first Honeymoon ♡＾▽＾♡ … Ok, I’m just kidding the reason why I brought Mirai along during my vacation was much more unromantic, I simply wanted to use this opportunity to get more experience with Doll Photography with focus on Outdoor.

2 weeks ago I took my yearly main vacation and traveled to France, in the Dordogne region. Taking a trip to Paris is something I want to do another time, I was just driving through it and the traffic appeared crazy with a lot of bumped cars, I was happy to leave this scenery behind. 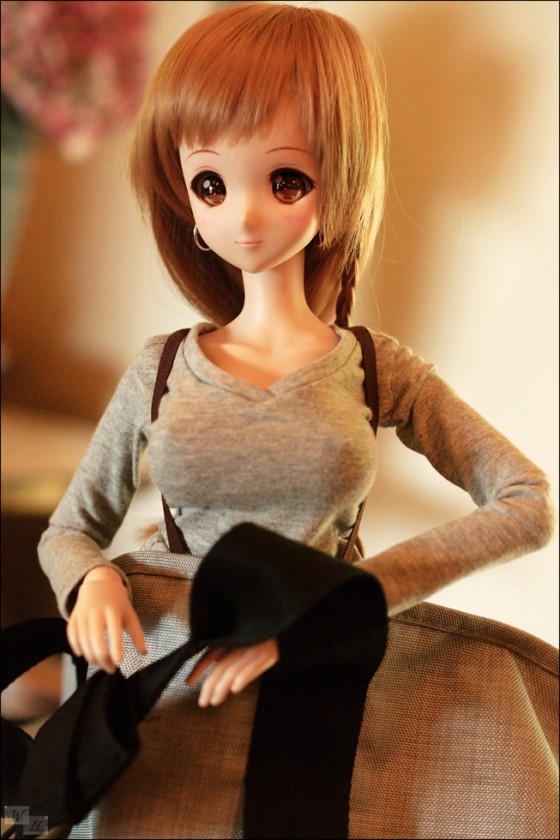 For the travel I put Mirai in a bag, dressed in the most durable clothes she had and her Beanie to protect her hair. I have the impression that wearing the cap made it prettier ^^ Instead of dressing her as revealing as in previous posts, I really tried to make her look girly. 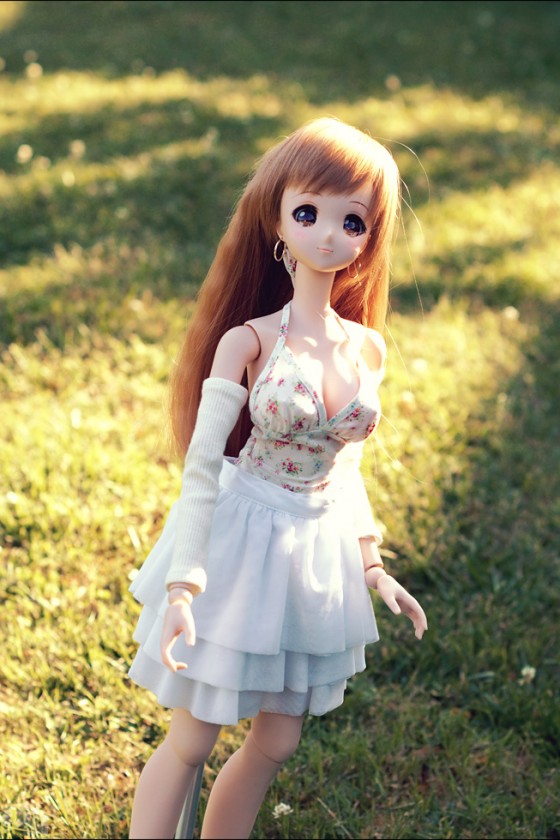 I always worry about making  standing Doll pictures, a secure stand and expressive poses are sometimes hard to combine. I bought the SmartDoll Airstand before vacation, it really helps with creating more free poses. I really like how she looks beautiful in the nature. 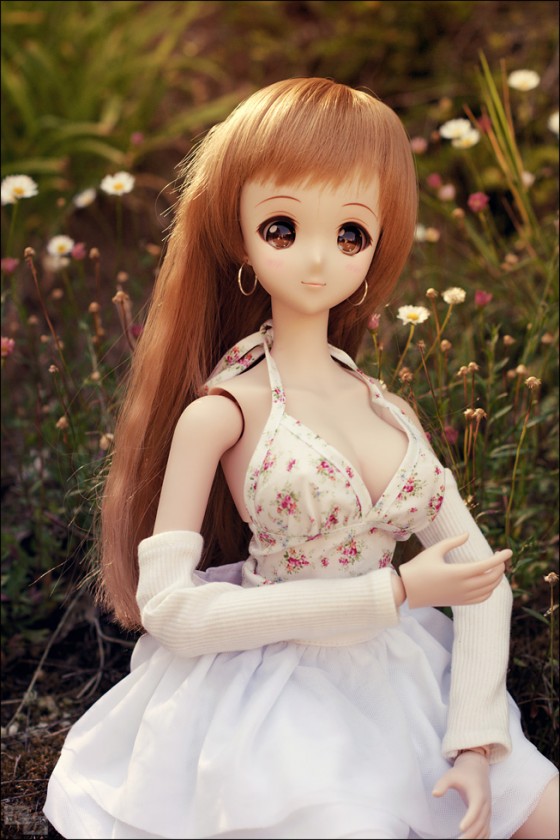 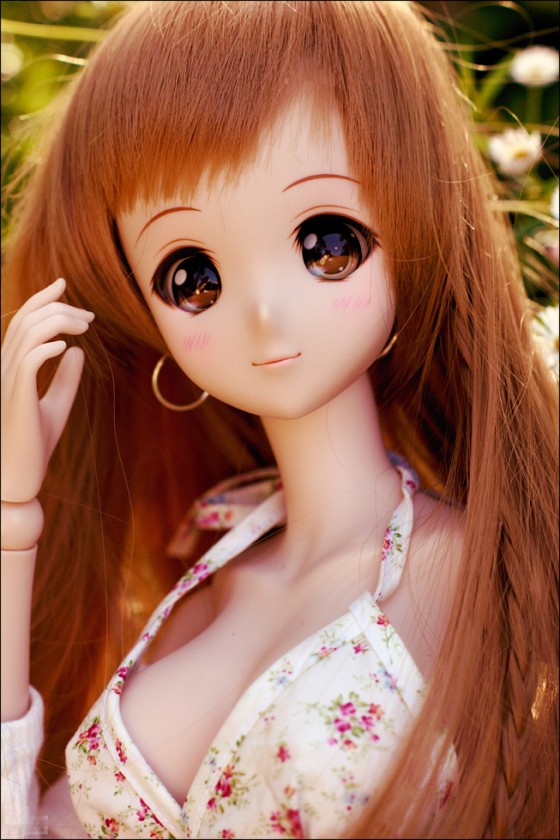 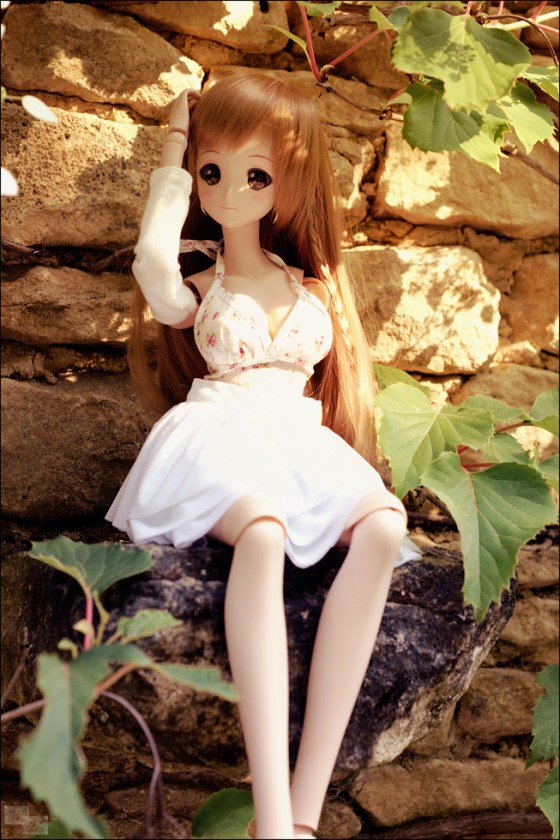 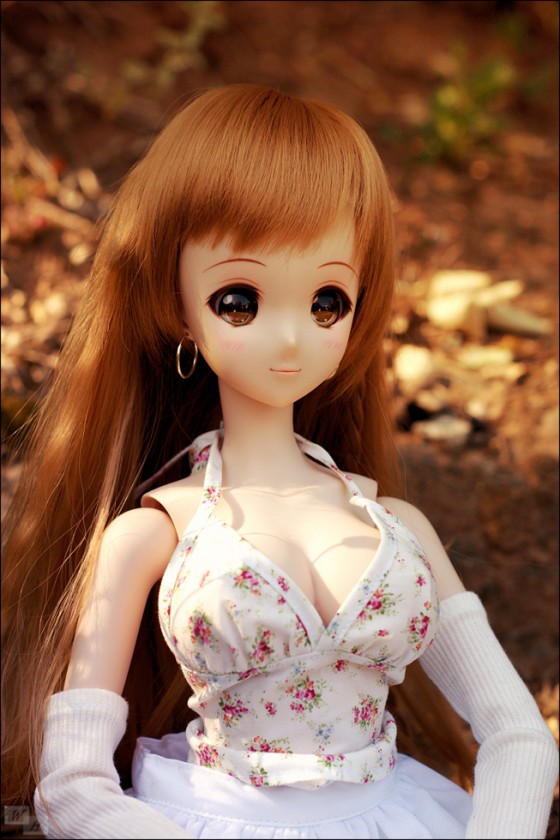 I found a nice place shortly before evening, there was a natural looking stone wall before a forest where Mirai could sit down. 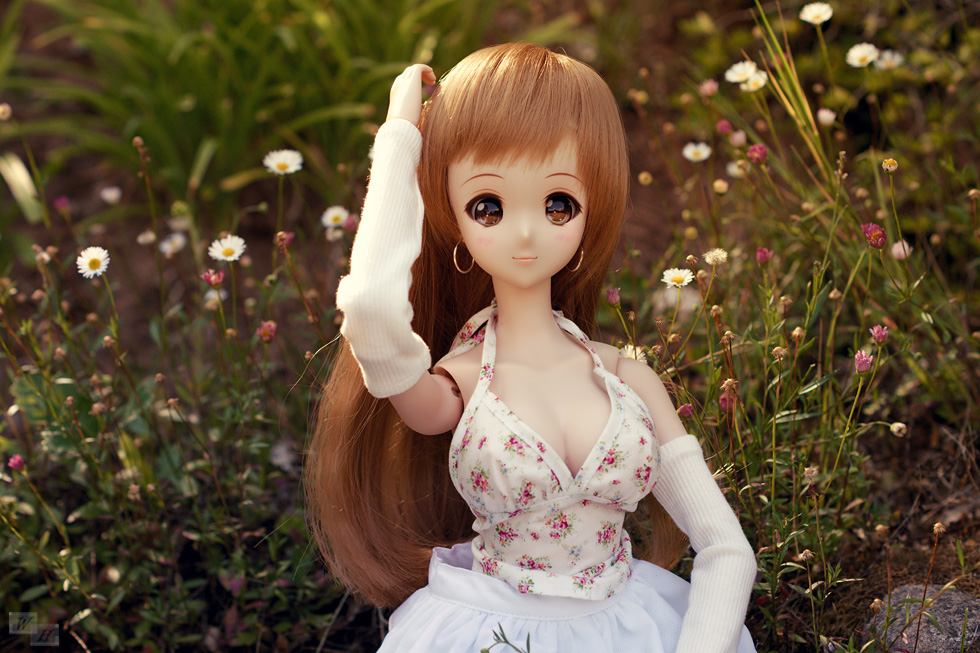 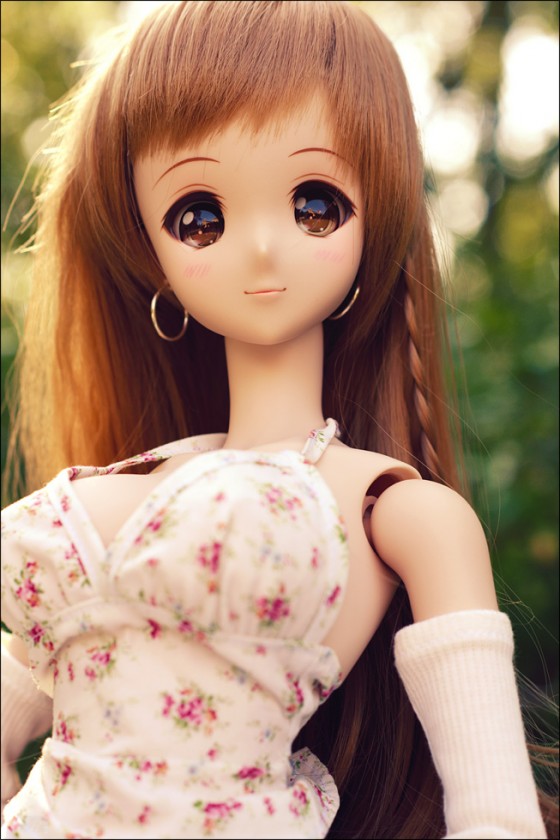 I also tried to bring Mirai along during sightseeing, but my idea was wasted by the merciless heat that day, whenever I spotted a fitting area it was in full sunlight and I was drenched in sweat *icky*. I chose locations to something more nearby for most pictures. 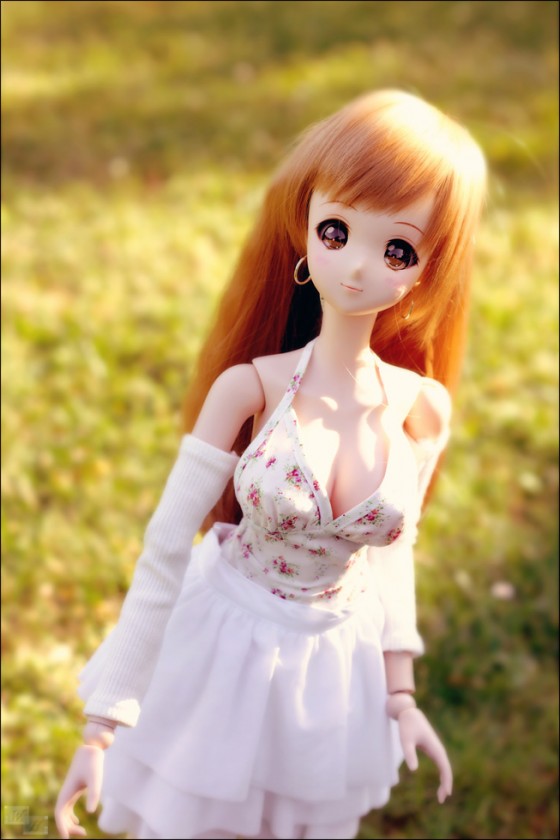 At my vacation home base also was a pool, I thought it could be a nice location. Mirai appears quie excited all of a sudden. I put my tripod inside the pool where it wasn’t to deep. Days later I noticed that the tripod was still full of water D’Oh! 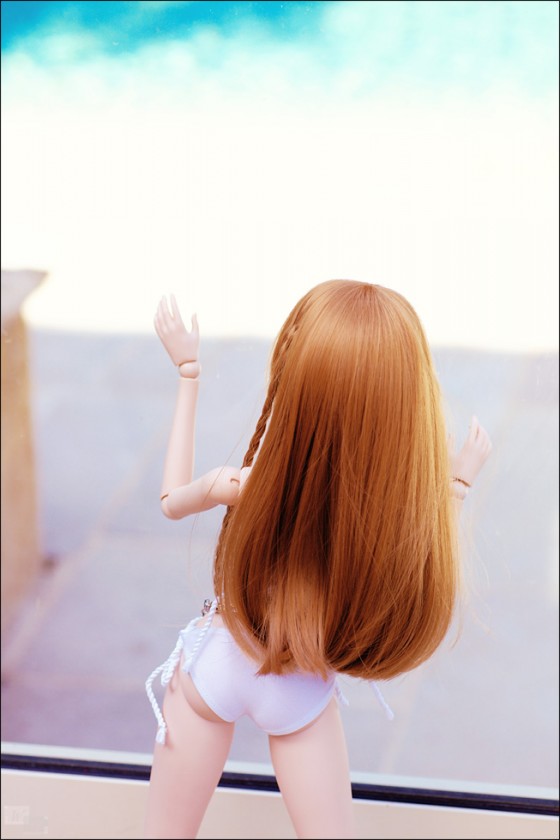 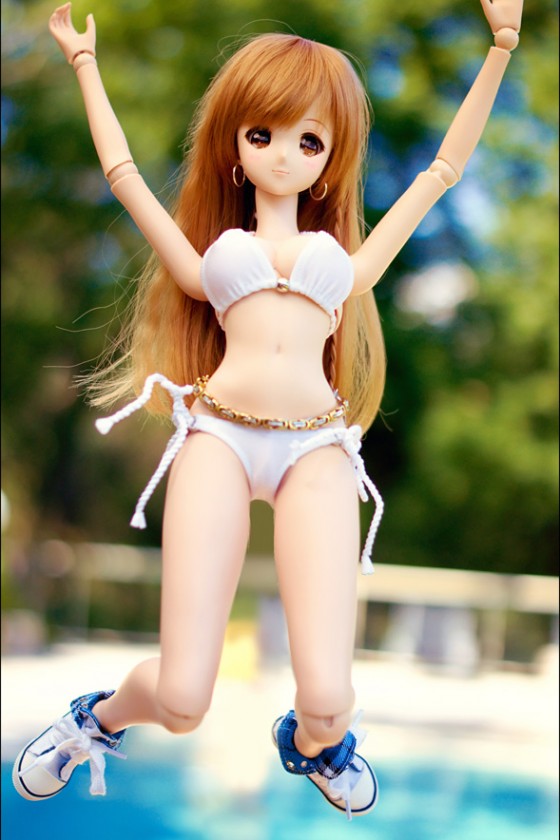 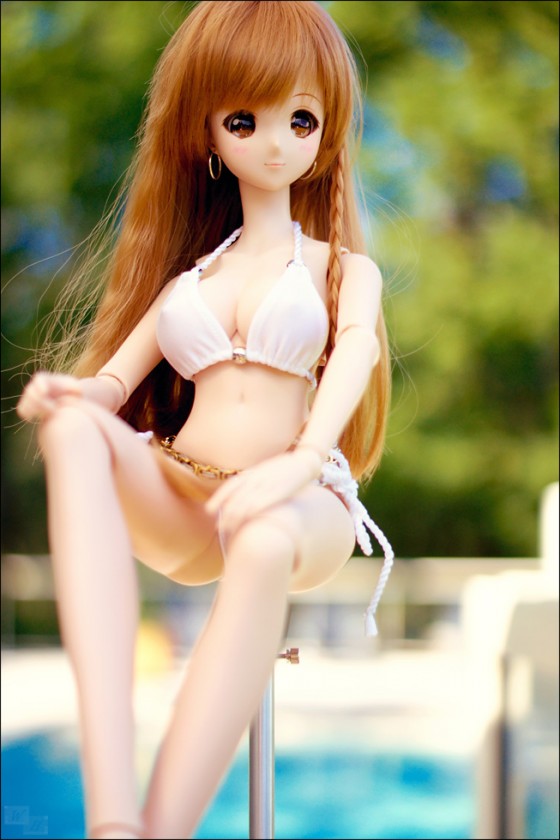 I admit I didn’t want to drown Mirai, so it’s only the first pool step, hopefully Mirai won’t rust. 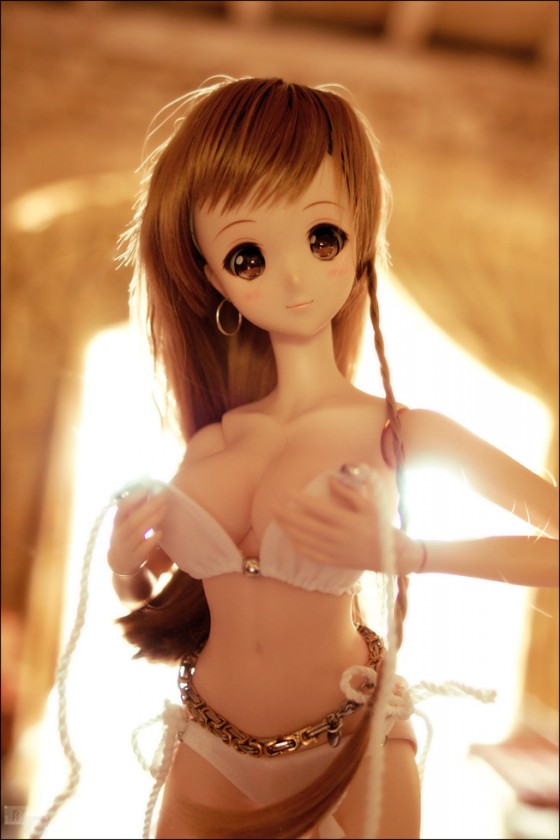 As Mirai’s bikini was already in need for changing  after her “bath”, I took a few skin revealing pictures. I felt a little proud of myself for making her stand freely without toppling over :D. 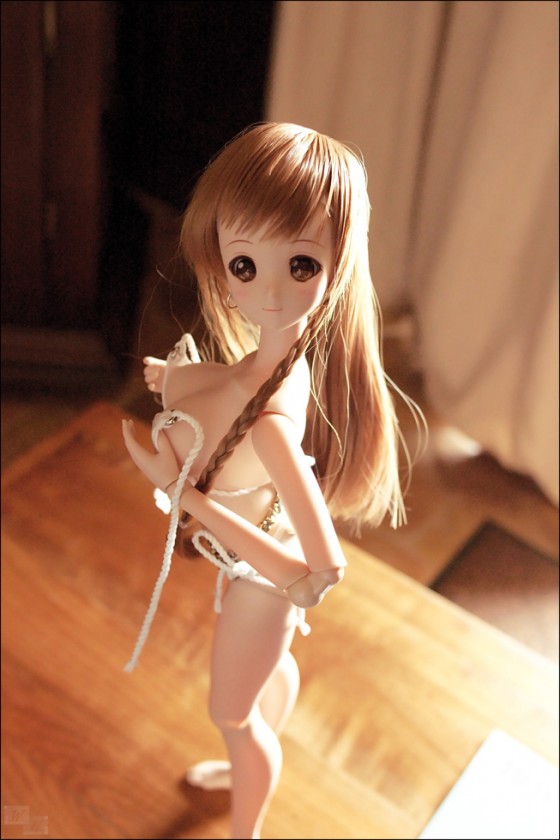 “And where are my other clothes” *Damn!* (⺣◡⺣)♡* The next day the bikini was already dry and I had fun with some more complex posing, she can be so attractive. Below Mirai makes some teasing Twister poses. 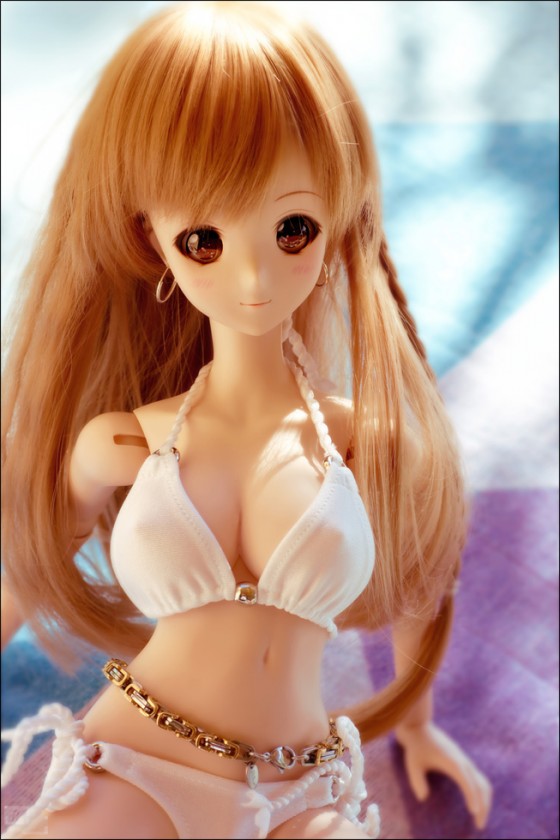 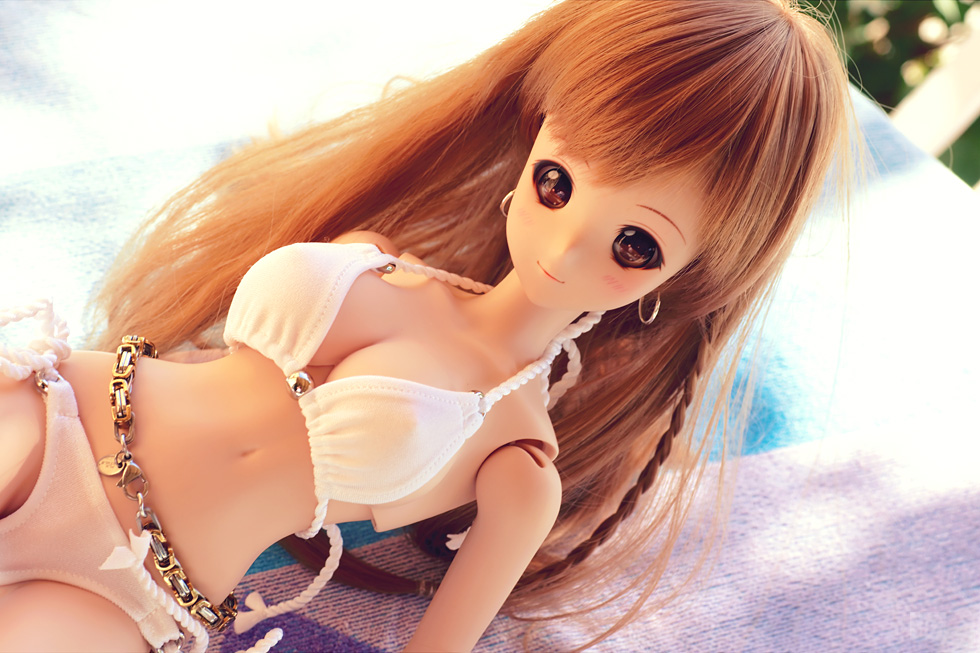 *Nom Nom” Even though I only have her basic hands, they are quite useul for a variety of poses. I love these Azone AZO2 pants with suspenders, the button barely closes, but it looks so cool. After the snack a little workout is a good idea. “Hurry! I can barely stand here” I did other things during vacation, like visiting an aquarium, eating many Crêpe, hunting lizzards and general sightseeing without Mirai. Asde from that I tried my best to take nice pictures of my pretty doll. There happened no damage with Mirai  during traveling, but next time I want to have a bag made for 1/3 dolls where I have to worry less about her safety.

The vacation with my Mirai SmartDoll was a lot of fun, I learned one or two things about Doll Photography during this vacation  and maybe I could improve a little as well ;).