Well, I don’t always have sexy ladies on review. Todays topic is Kafuu Chino made by Ques Q.
Chino appears in the Gochuumon wa Usagi Desu ka? anime as one of the 3 main characters.

She and her friends work part time in the food service area, Chino works at her family cafe.
She works dilligently and takes her tasks seriously and actually is a composed loli character. 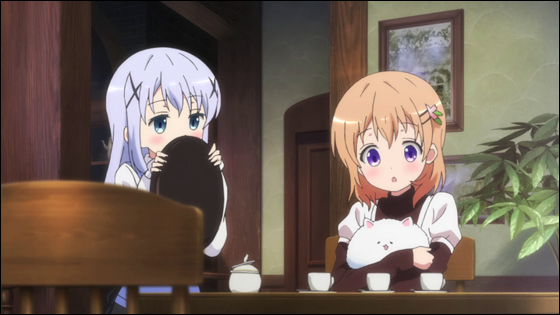 I really liked Gochuumon wa Usagi Desu ka? this sweet slice of life show, where cute girls were doing cute things. The atmosphere was great and the comedy was hilariously funny. 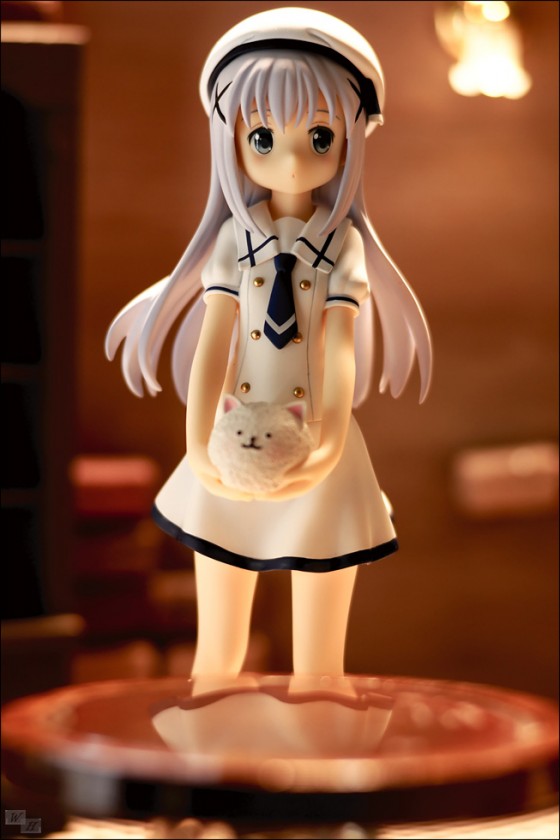 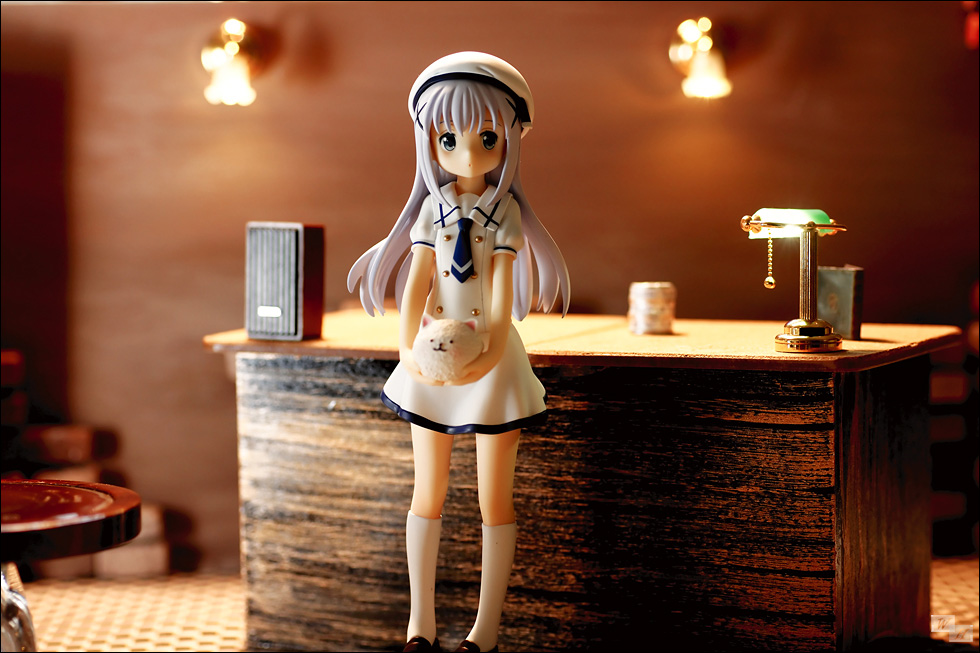 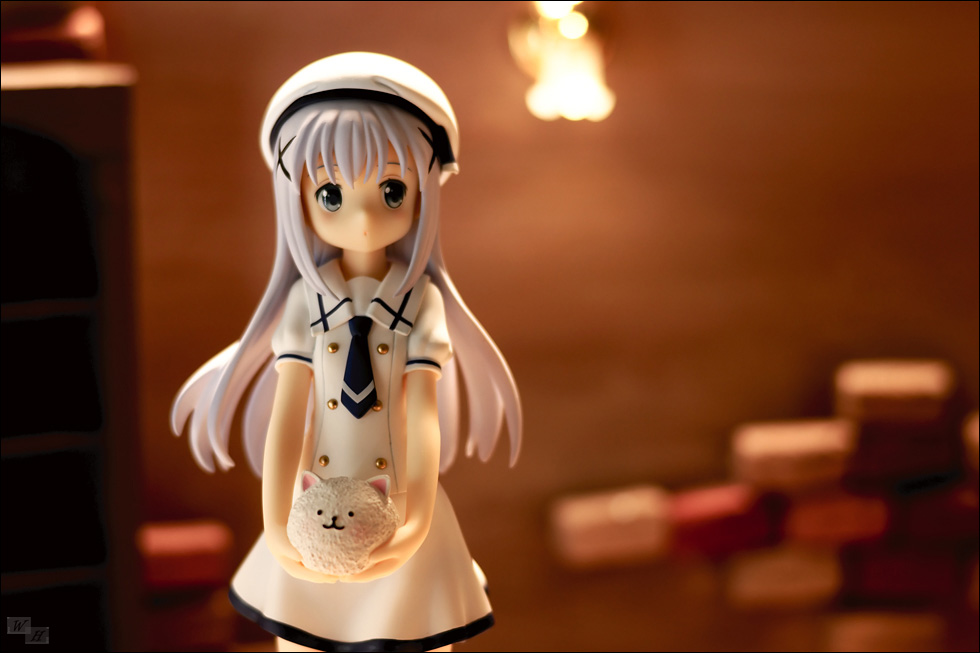 Chino is 13 years old and a rather short girl, also for her age. The certain characterdesign of Gochuumon wa Usagi Desu ka? also gives her a young appearance. Chino’s figure was manufactured by Ques Q and sculpted by Shima, she is scaled 1/7, but considering her official data she is 1, 44 m, so the figures height of 18 cm make her even smaller than she should be. 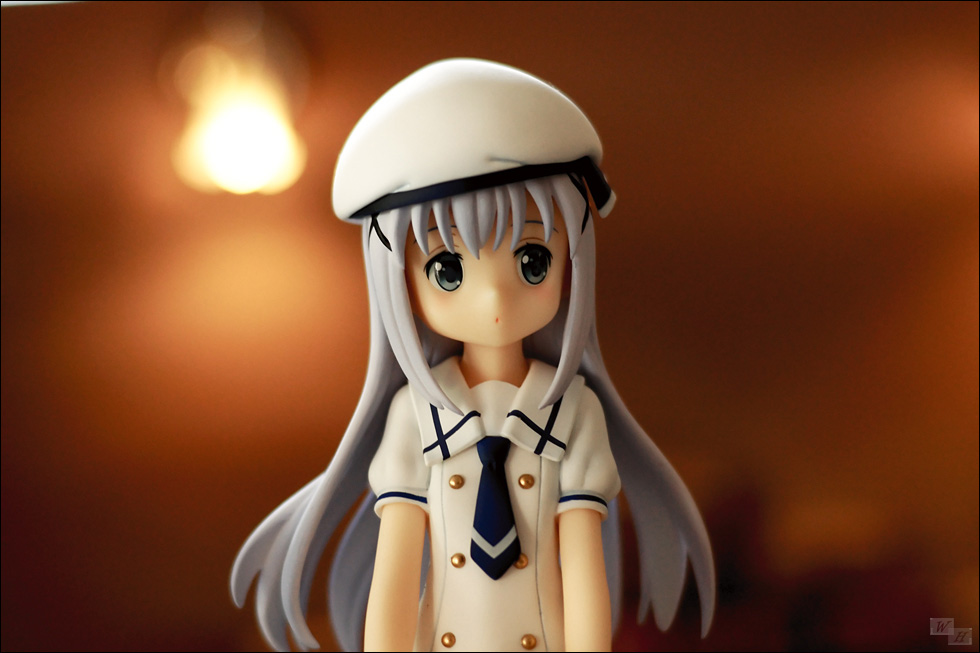 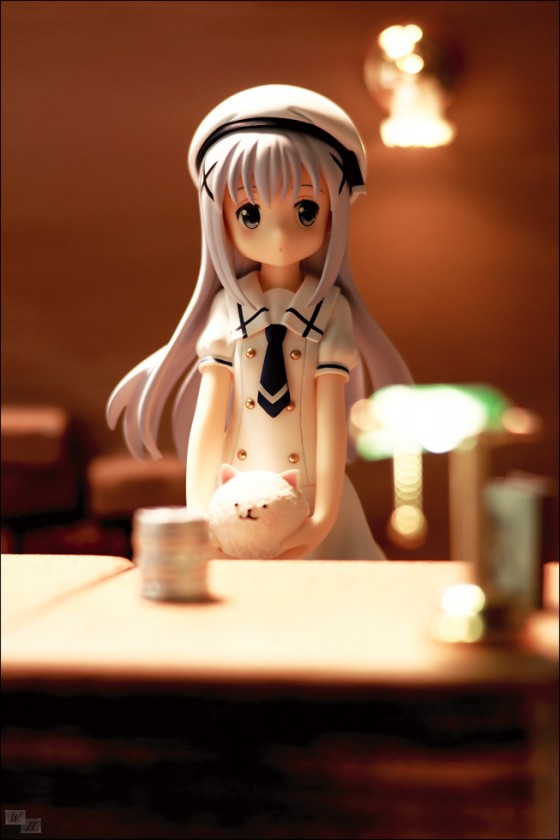 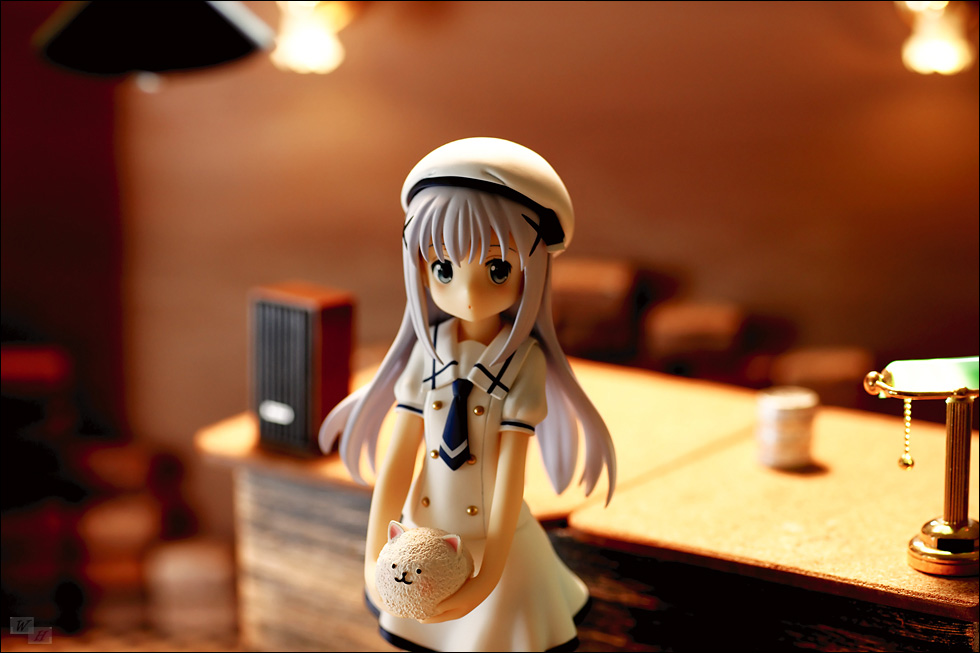 I actually expected another figure to arrive first, but I quickly realized how I wanted to take pictures of Chino chan. So after grabbing all pieces I could start with taking pictures. Since the anime mainly showed events inside the cafe, I wanted to recreate the feeling of a classy cafe.

Design wise, it’s apparently a simple figure, that fact though doesn’t make any less adorable. The Junior High summer uniform looks great on her, the white maincolor is accompanied by navy blue details, tie and the small golden buttons are a great element. The skirt of her can be taken off, but I’m only interested in such cast off features with Onee sama like characters. 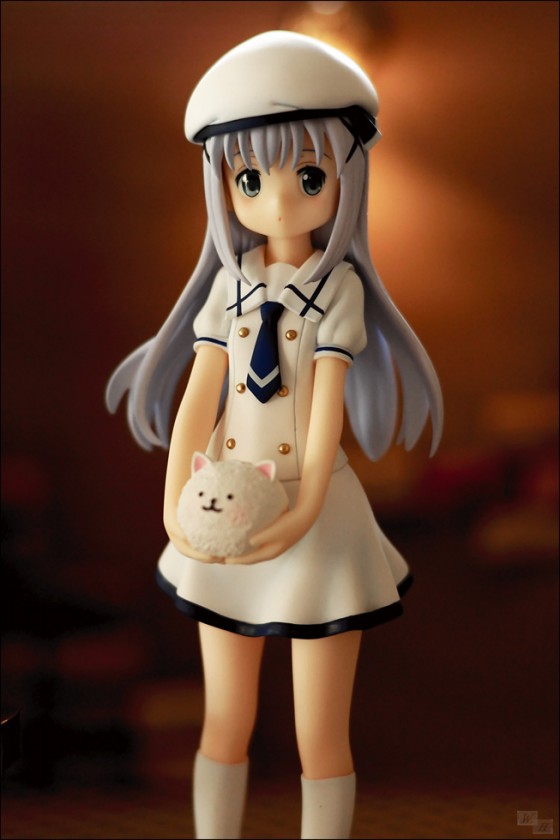 The creature she is carrying around is named Tippy. Tippy actually is Chino’s grandfather, trapped in a female angora rabbit’s body. 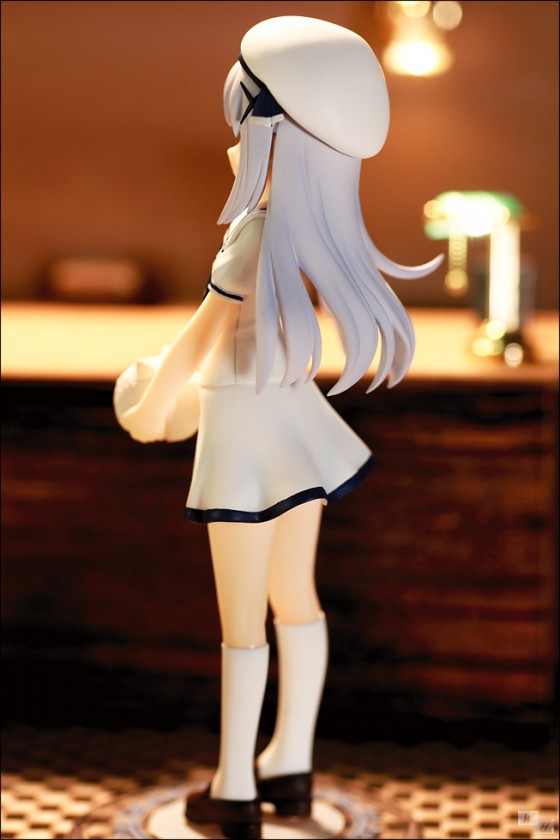 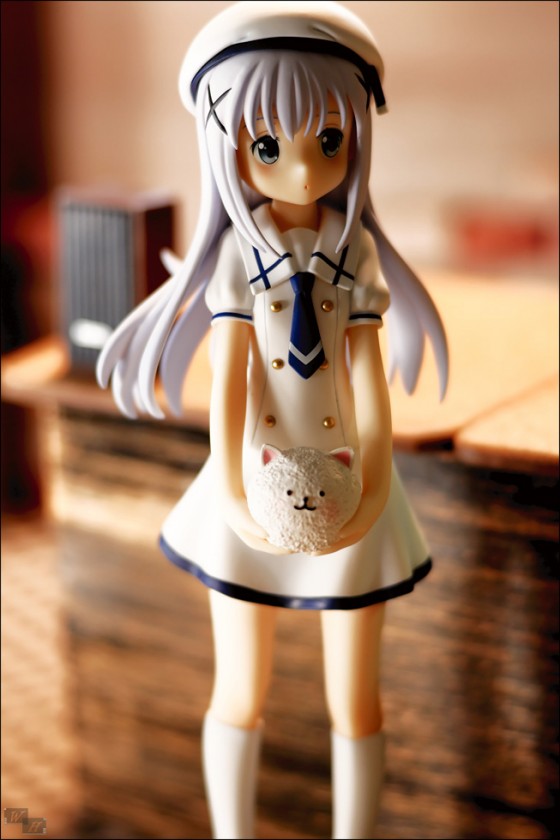 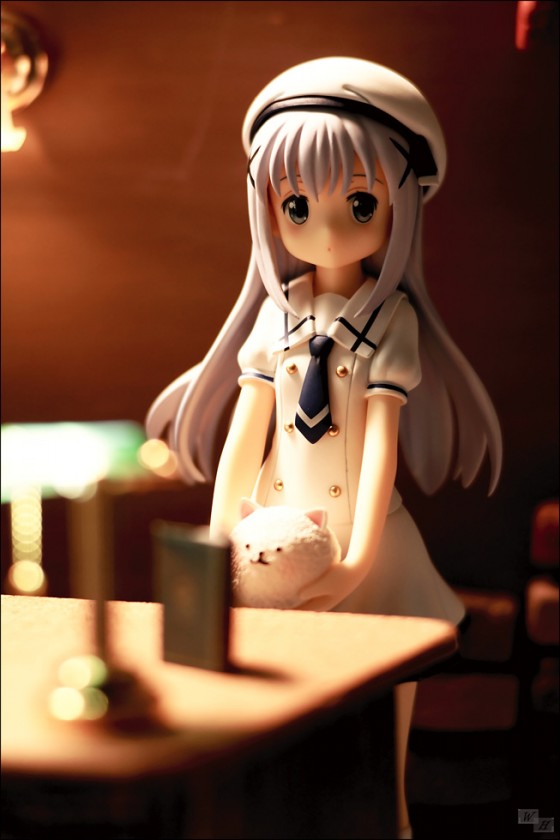 As optional part Chino has a super cute hat with magnet feature.

She looks super cute and chic with this hat, but also without it, she is a still a cute little lady, her bright lavender colored hair with smooth strands and cross hairclipson each side. 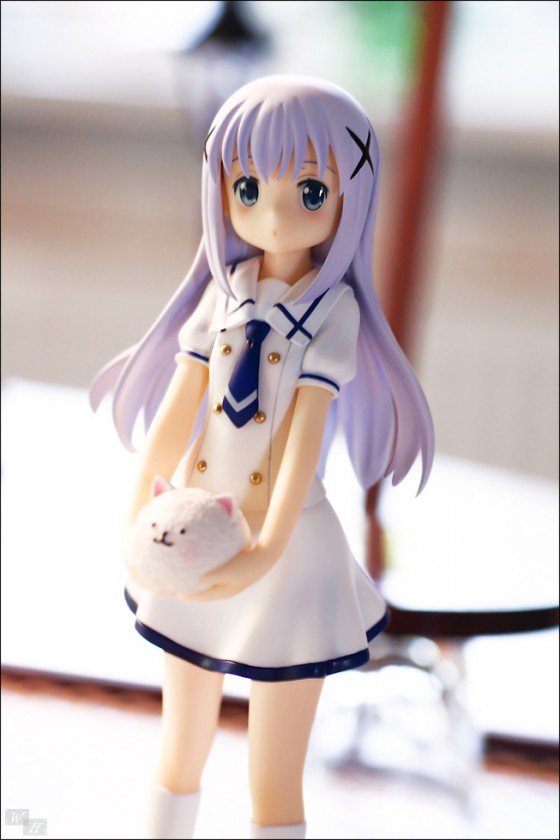 Chino has a cute round face with prominent and pretty blue eyes decals. The blush is nicely placed under her eyes. Her tiny point open mouth underlines her composed personality. 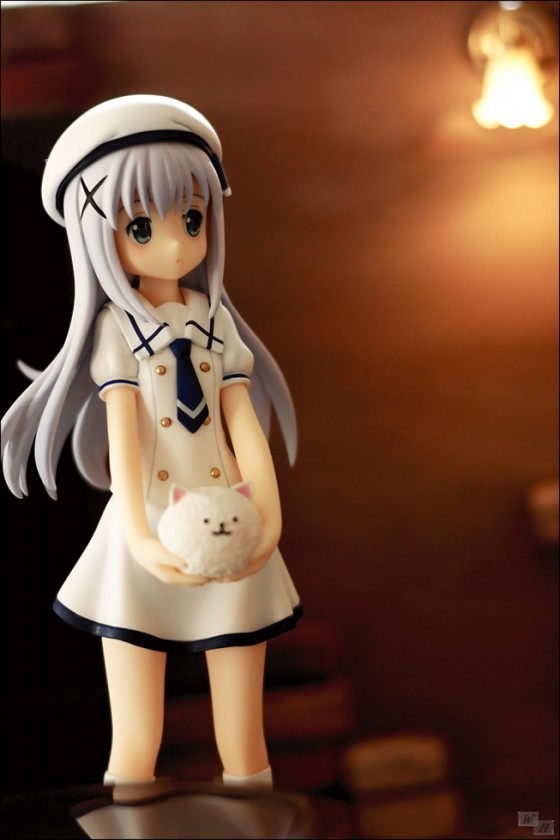 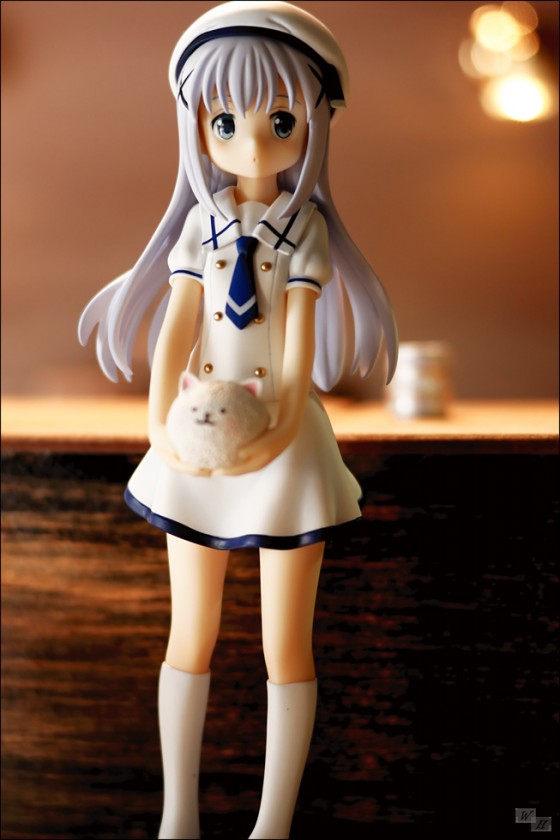 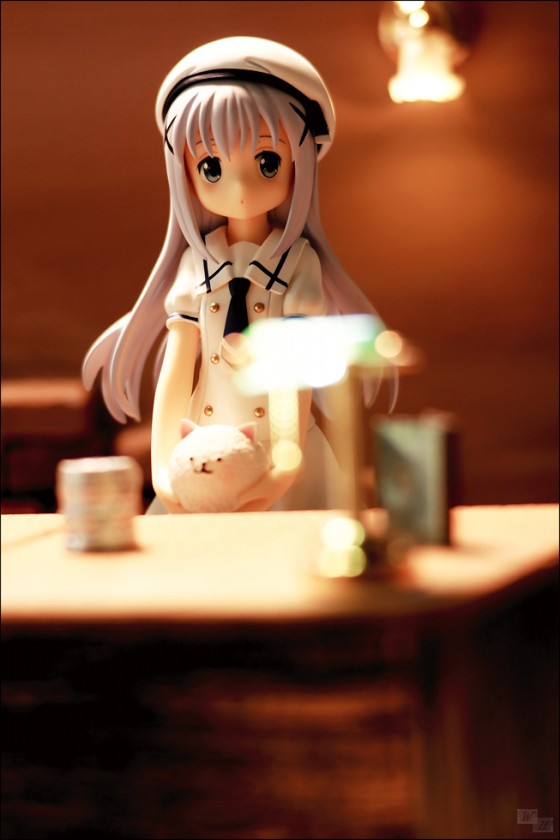 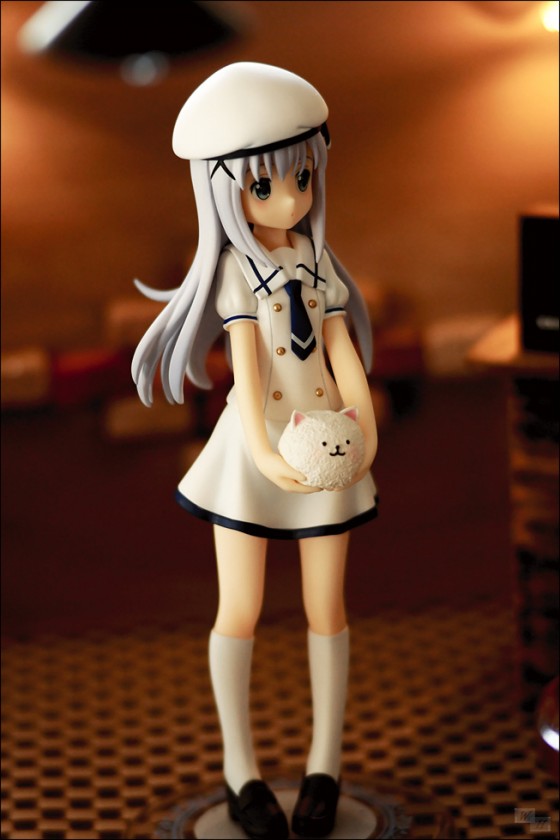 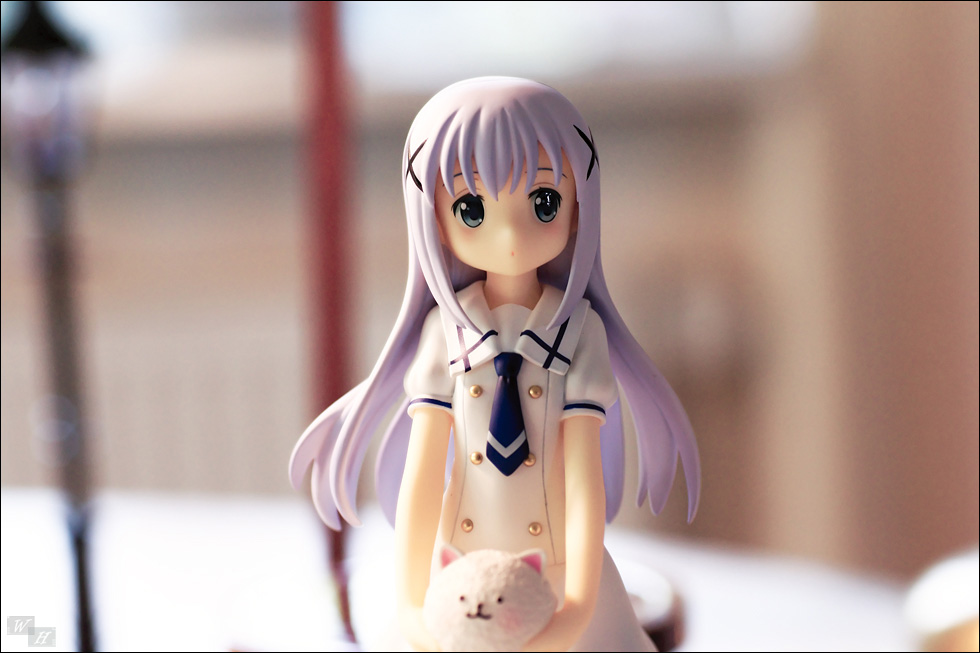 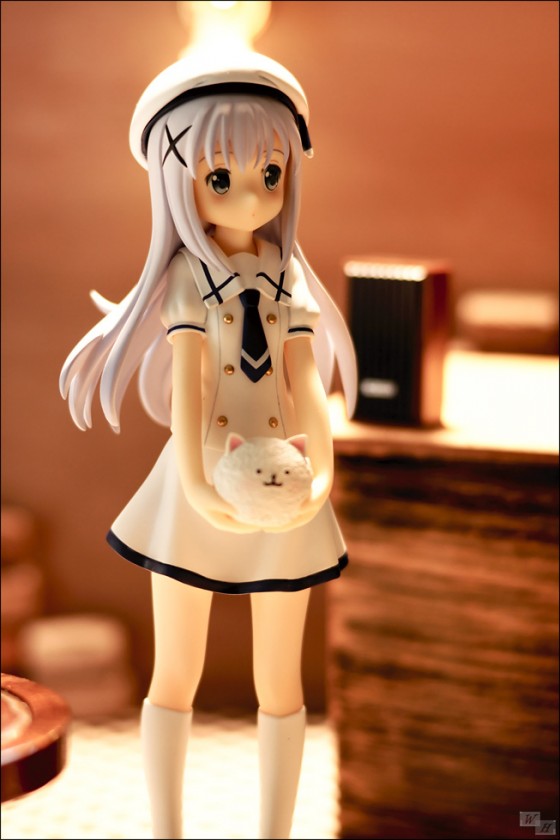 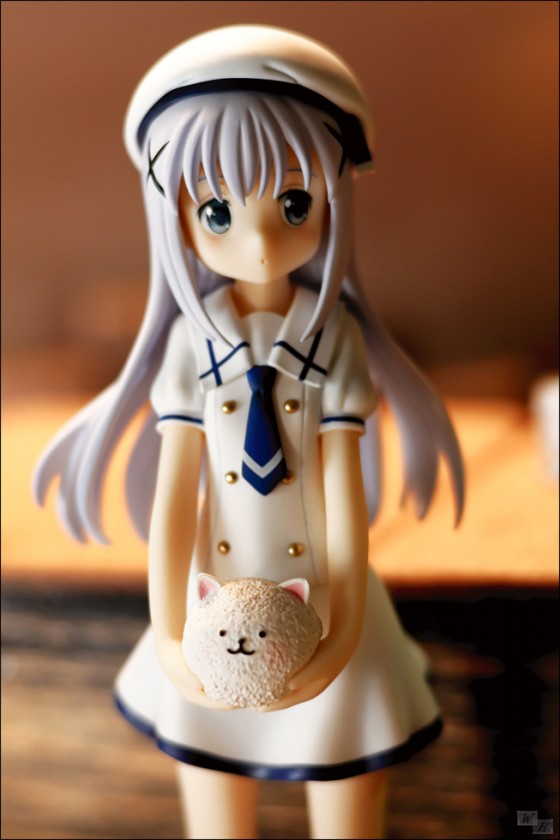 When I buy figures, it’s not really important to me, to know the origin or the characters personality. Nevertheless sometimes appealing figures of animes characters I hold dear are made. It’s the case with Kafuu Chino, she is my sweet memento of the anime, a very good one. This relatively simple figure turned out very well, she has a really pretty outfit and is a convincing figure adaption of Chino. Two points to critisize are 1. the misleading scale label and 2. that the skincolor turned out slightly yellowish, nothing of that is a deal break, though.

Chino shows a lot of cuteness and has good photogenic potential. With 7.820 Yen she was rather cheap. For those interested Chino also available in her Winter School Uniform. 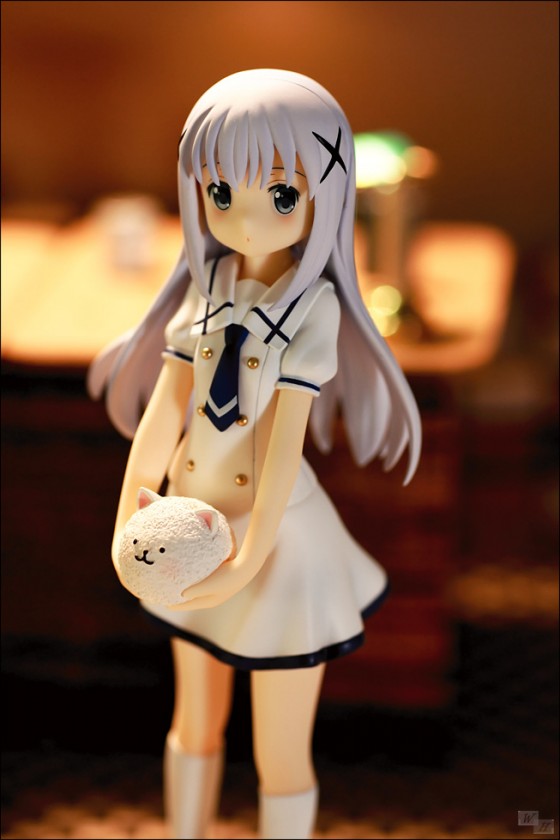 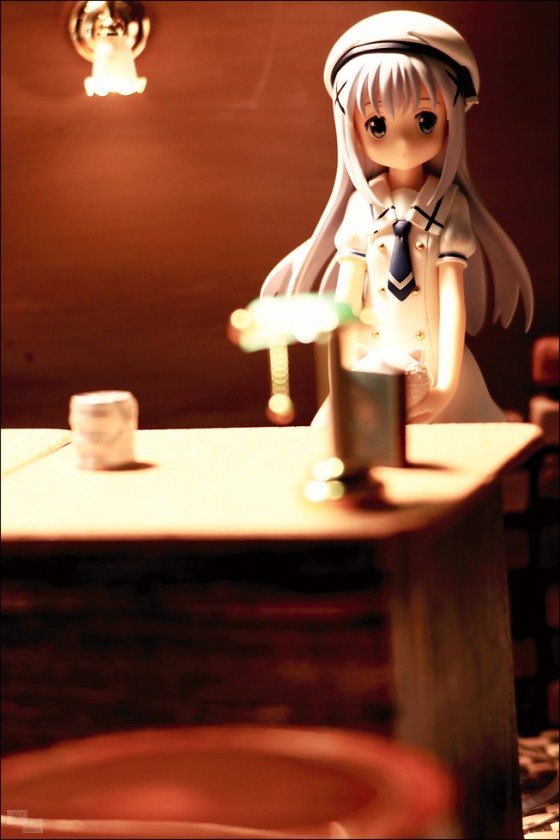 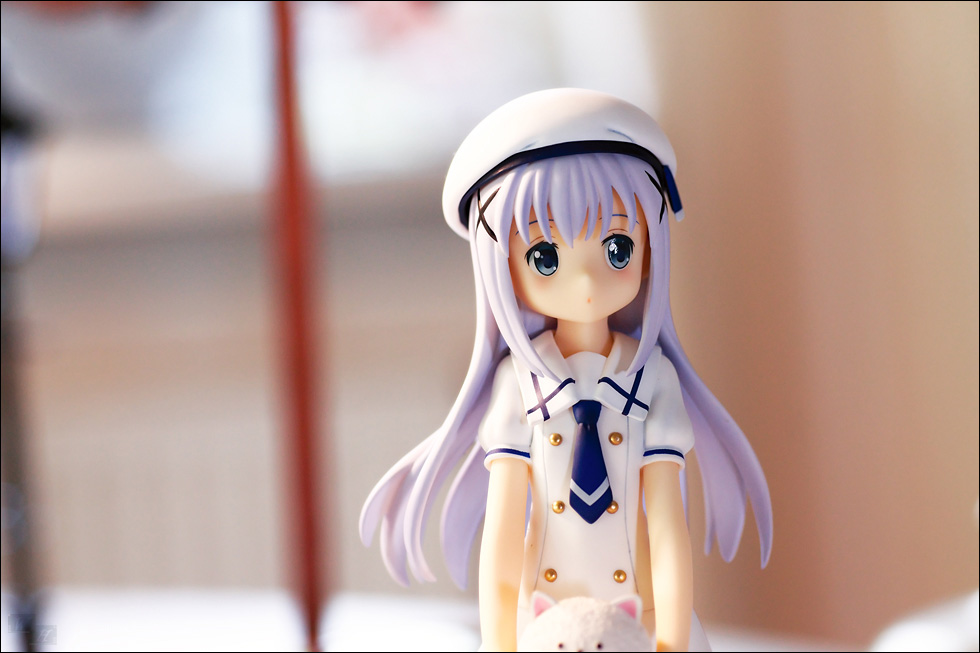 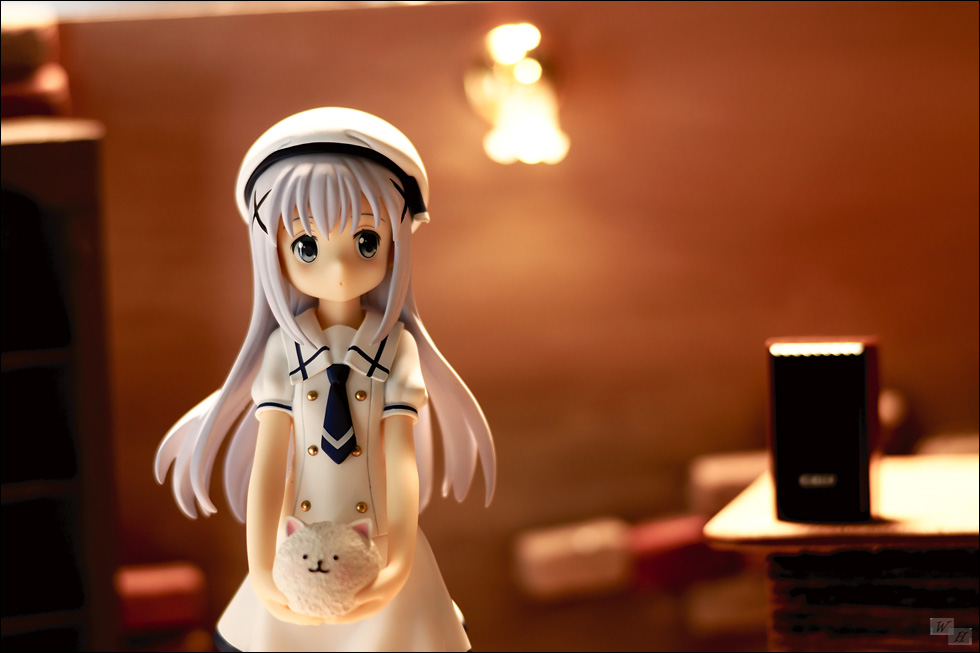