Some weeks ago, the wonderful Shigure figure from Good Smile Company arrived. Shigure is from the browser game Kantei Collection, where she is a special Destroyer girl. After Kongou and also I-168 from Max Factory, Shigure is my third Kancolle figure, certainly not the last. Shigure is one of my favorite ship girls in my fleet and in the game I take good care of her. 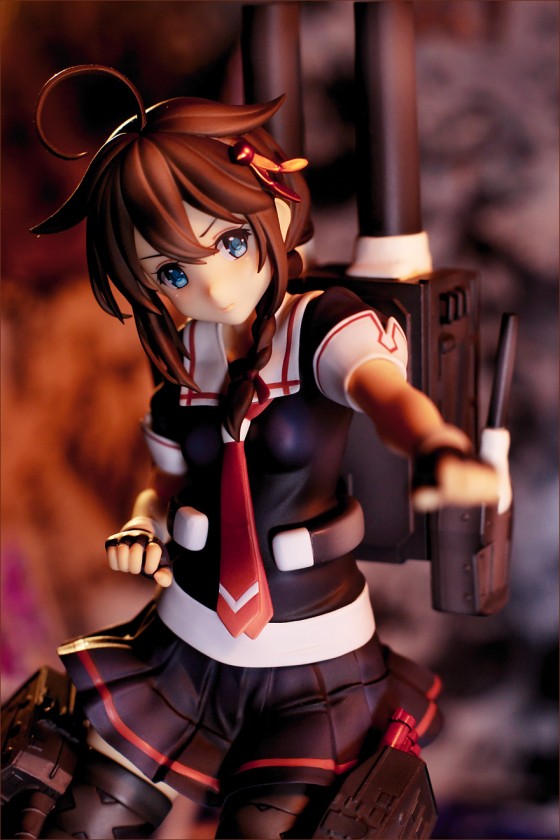 A little WWII Trivia, the historical ship Shigure was considered to be a lucky ship, after she survived two mayor naval battles nearly undamaged while everyone else was destroyed.
The japanese navy did not perform that succesfully in the last two years of the war. I left my military interest in the past and Kancolle is mainly war fiction mixed with Sci Fi elements. 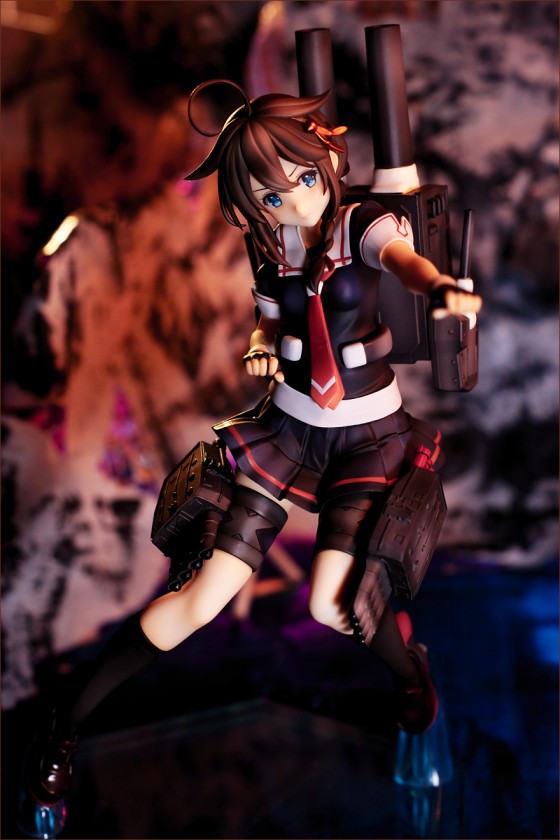 We focus on the pretty figure instead, Shigure is scaled 1/8 and was released in December 2015. The figure shows Shigure in her Kai Ni verrsion, it is based on her card in Bushiroad’s card game ‘Weiβ Schwarz’ it looks slightly more badass than her browser Game illustration.

In general my figures purchases appear to be rather focused on sexy onee – sans, rarely but sometimes it also happens that figures of my favorite characters are being made.

What I like about Shigure, she is a naturally cute ship girl. The figure doesn’t really show, but Ingame she has a really nice smile. I also like her softly, calm voice. Shigure is quite humble, friendly and polite. Judging from her appearance she is a younger highschool student. 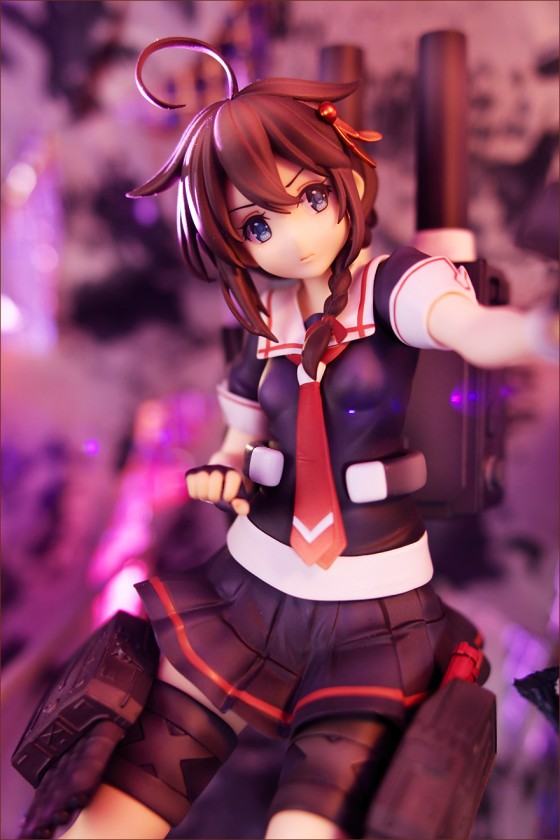 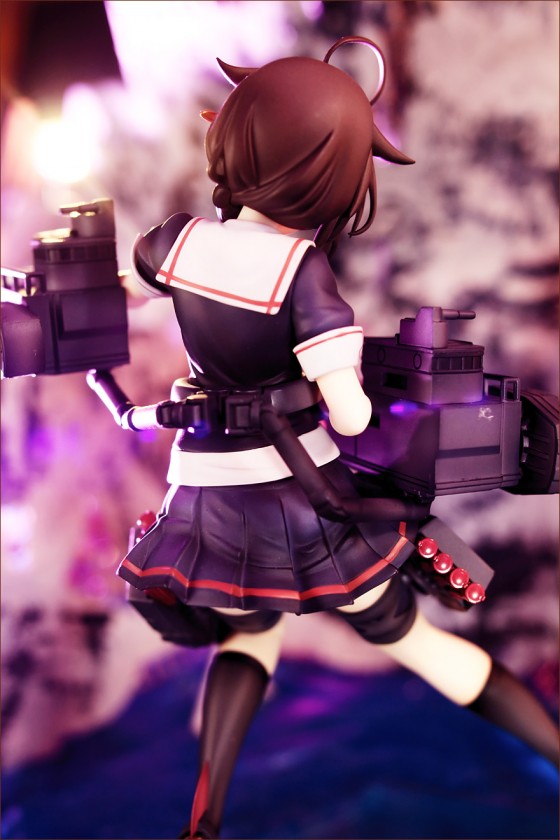 A very appealing part of the figure is the beautiful face. The shape of her eyebrows and mouth give her expression a serious direction, still she looks quite enchanting. Her detailed eyes give Shigure some extra bishoujo points. Also the detailed brown hair is very nice, I like the short braid and metallic hair ornament. The hair accentuates her pretty face nicely. 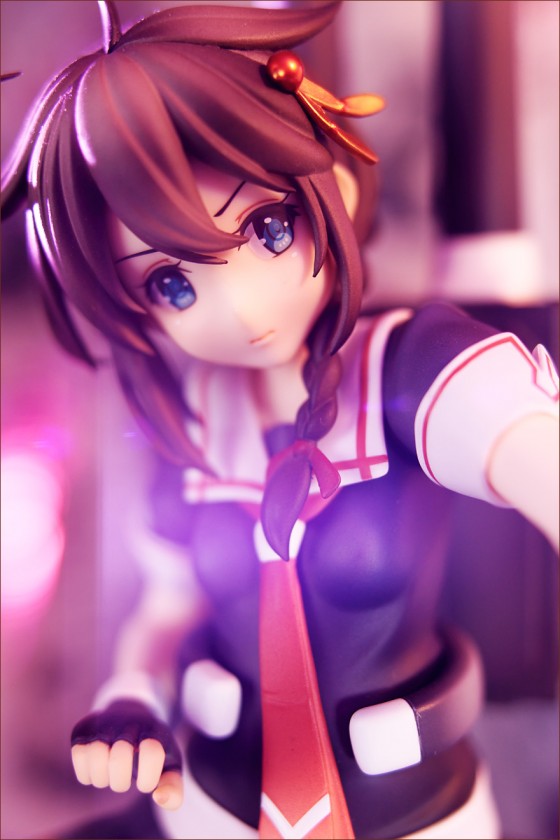 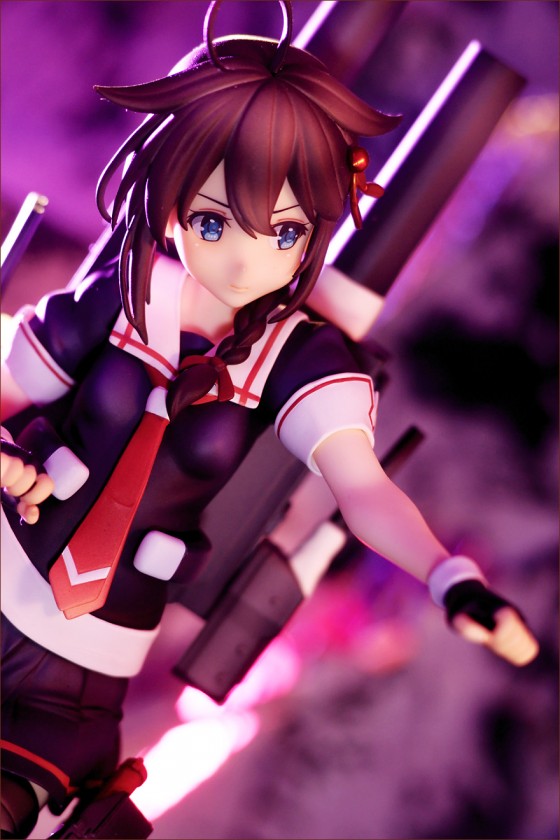 Together with Yudachi and other Shiratsuyu-class girls, Shigure Kai Ni has the coolest Destroyer girls uniform design in Kancolle, I love the dark colors, the tie and the short sleeves.

The outfit of Shigure is mainly a normal dark school uniform, she only wears a mechanical belt where everything else is attached. Oh and her shiny shoes are equipped with cute rudders. 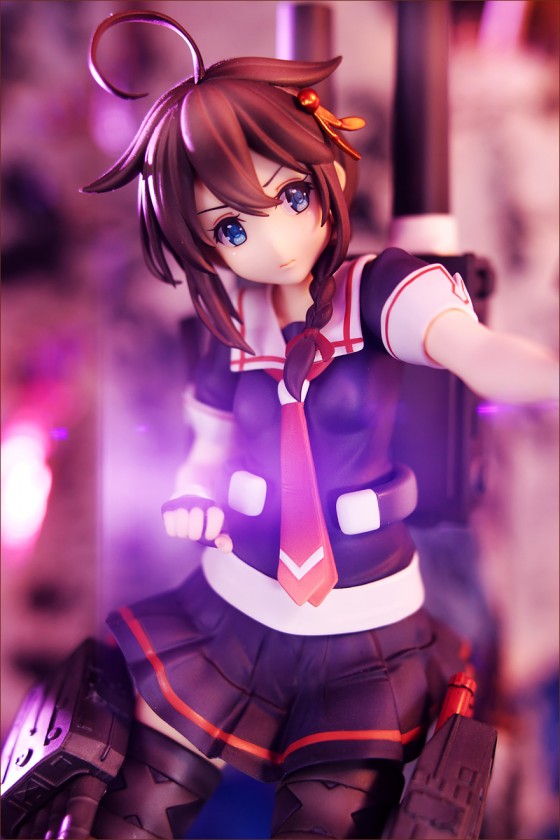 Shigure is not only a bishoujo character, she also some weapons and mechanical parts.
The things at her thighs are torpedo tubes, the backpack shows her 12,7 cm cannons and the smaller guns are 13 mm anti air guns. Shigure Kai Ni is not a simple figure to put on display as it is, sculptor Sai developed a nice idea about how to give the figure different ways to display. 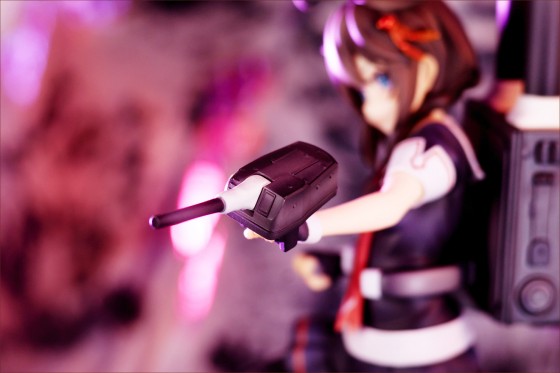 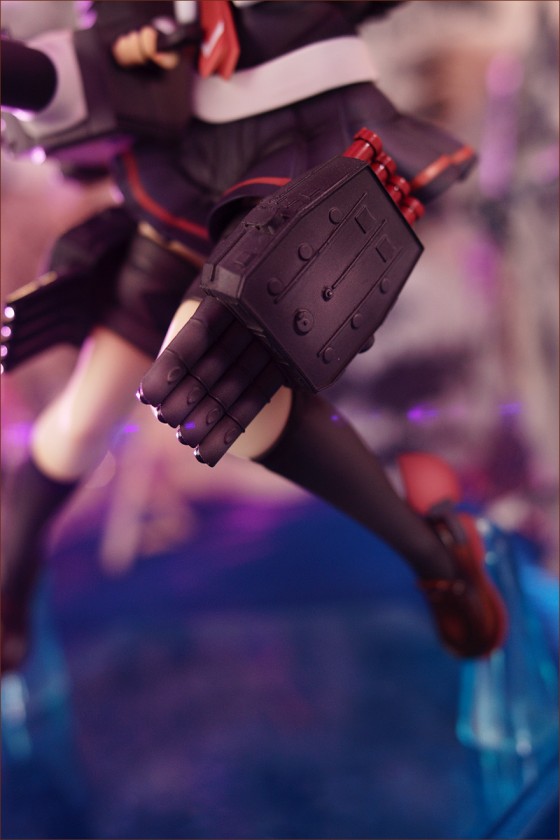 You can have Shigure with bare fists, with one small AA gun and you can also put the backpack cannons in her hands with support arms coming from her back it looks really cool. It’s only a little complex at first, so it’s good that there is a manual included. 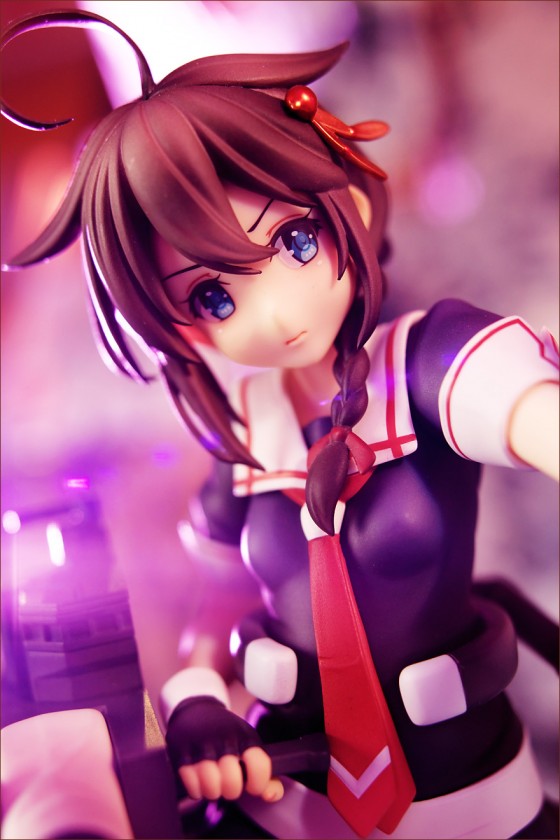 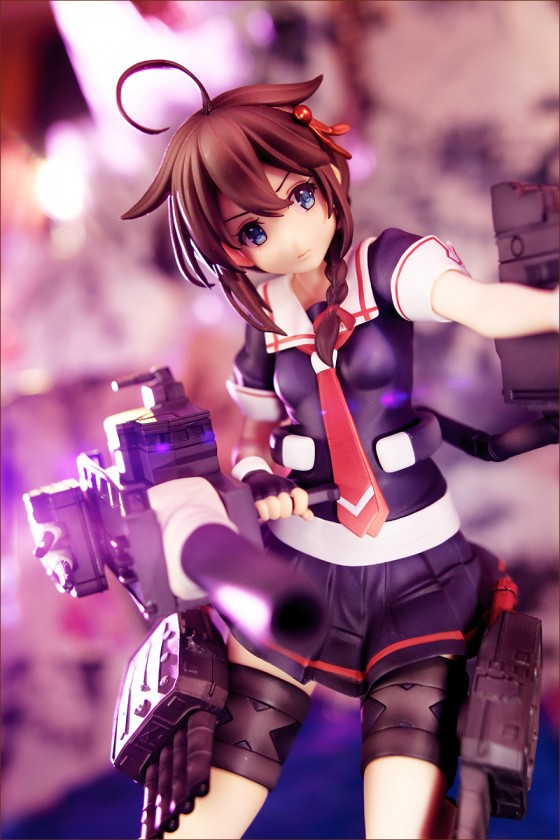 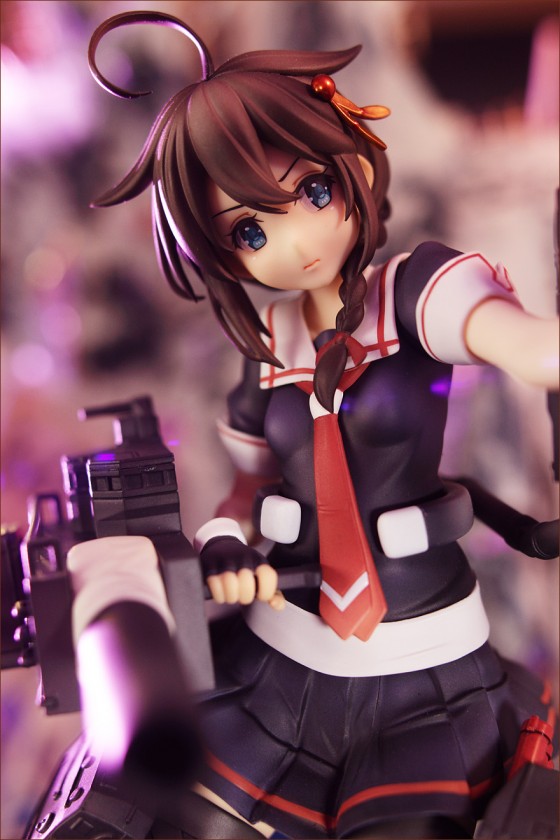 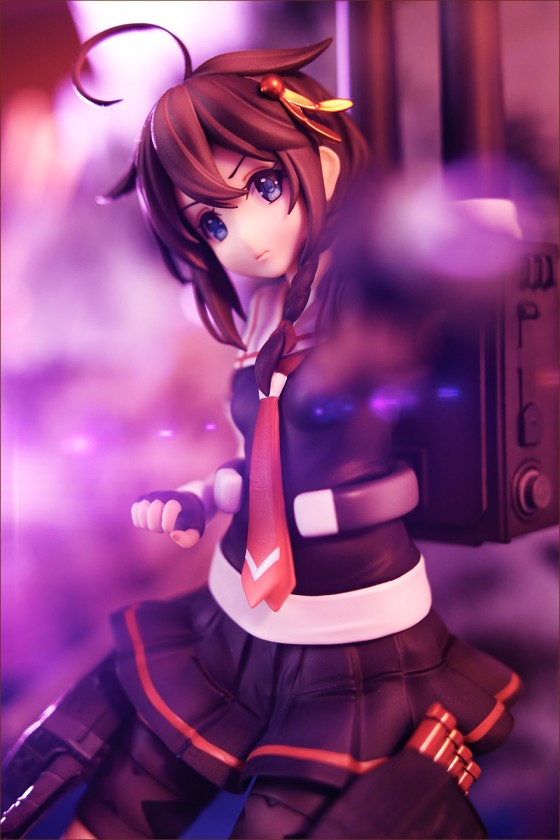 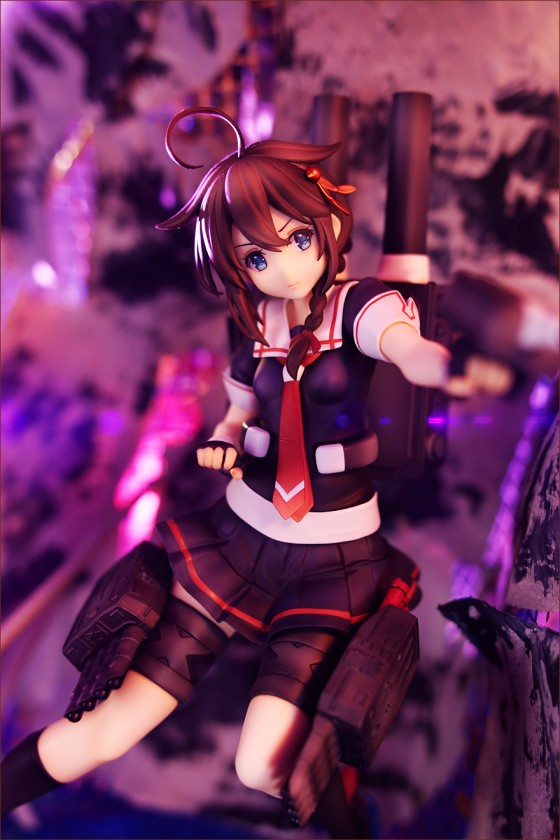 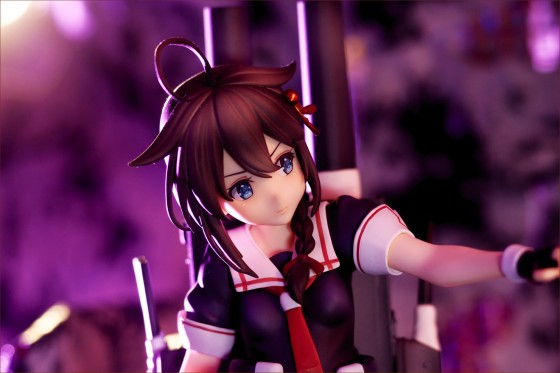 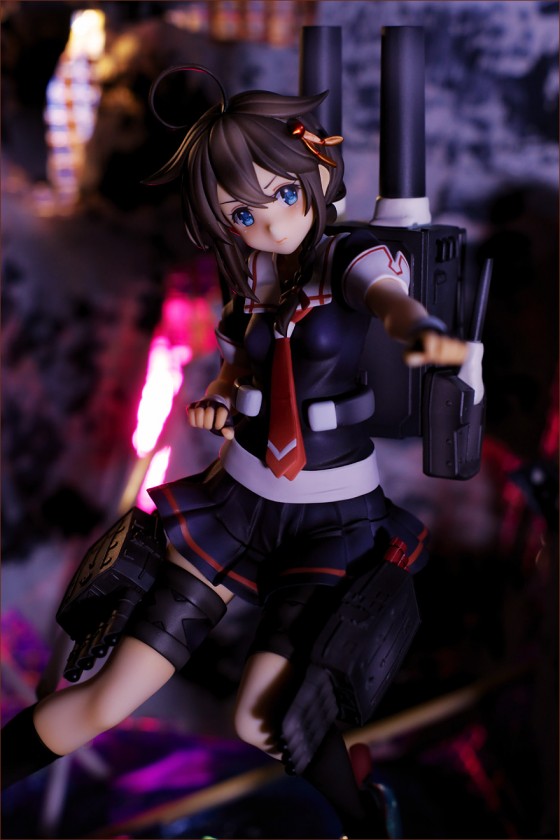 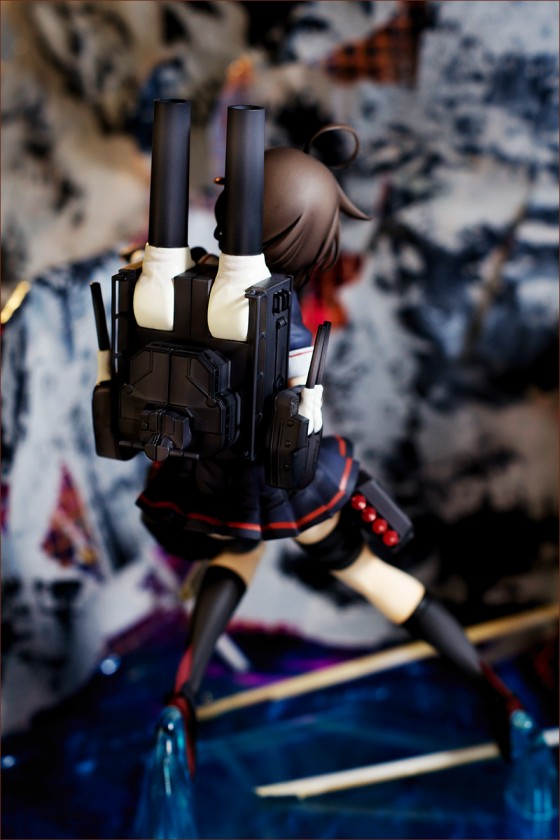 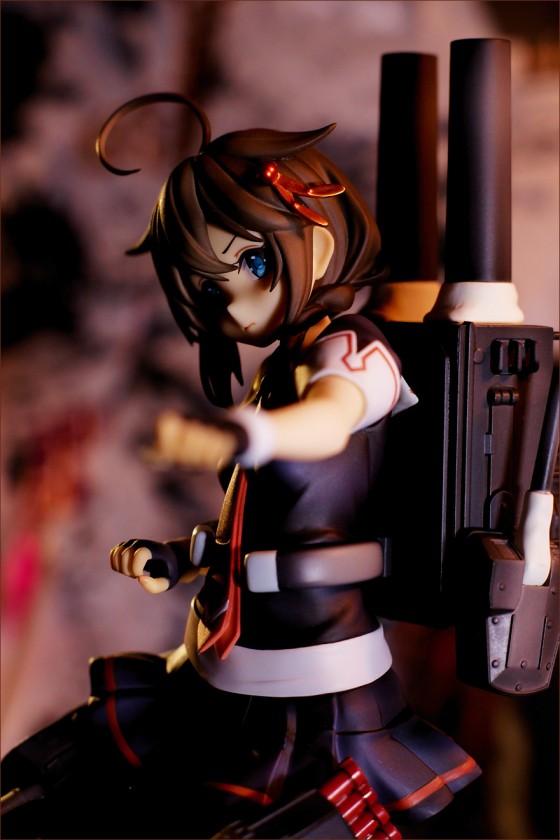 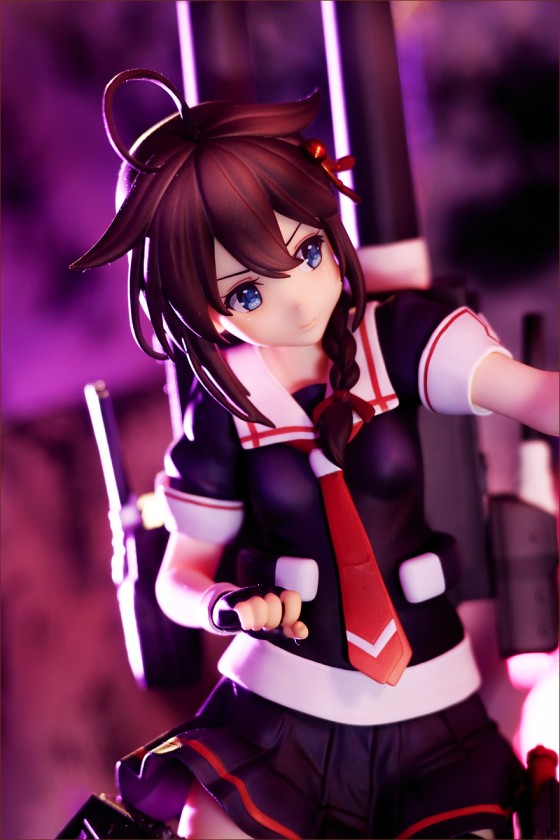 Shigure Kai Ni turned out so nice, I’m really happy about having another favorite Kancolle character as figure. The sculptor and GSC created a convincing and very elaborate 1/8 scaled figure of Shigure, everything about her looks amazingly good, be it the sculpting, the articulation, the paintjob or the shading.

Shigure is a high quality figure, the great sculpting and the elaborate paintjob on her hair, her clothes and the mechanical parts is quite impressive…

the two main display options are very good, in both ways Shigure is an extremely appealing figure. With 12,7 cm guns in her hands Shigure looks very powerful and bulky with these weapons attached as backpack, she appears lighter and sporty. 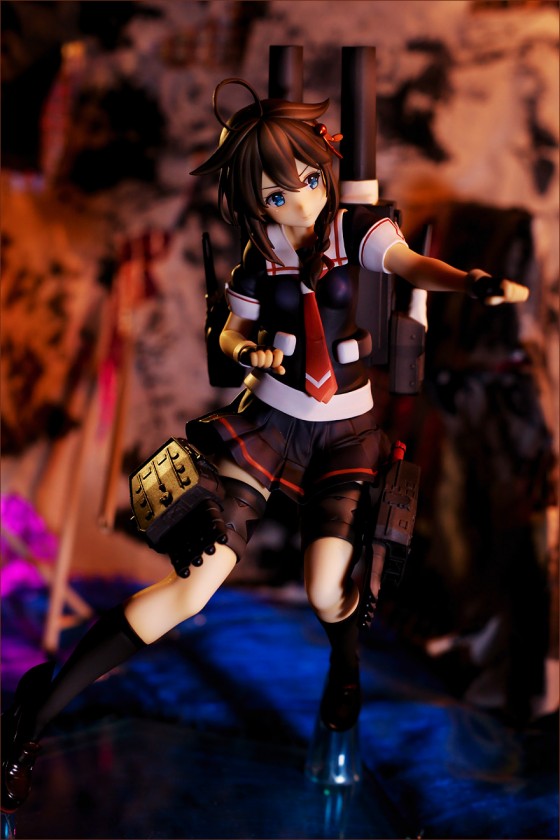 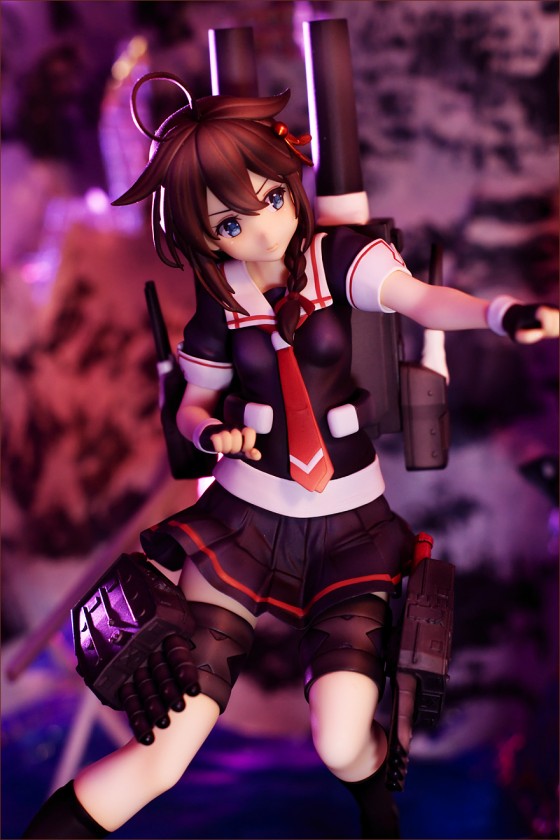 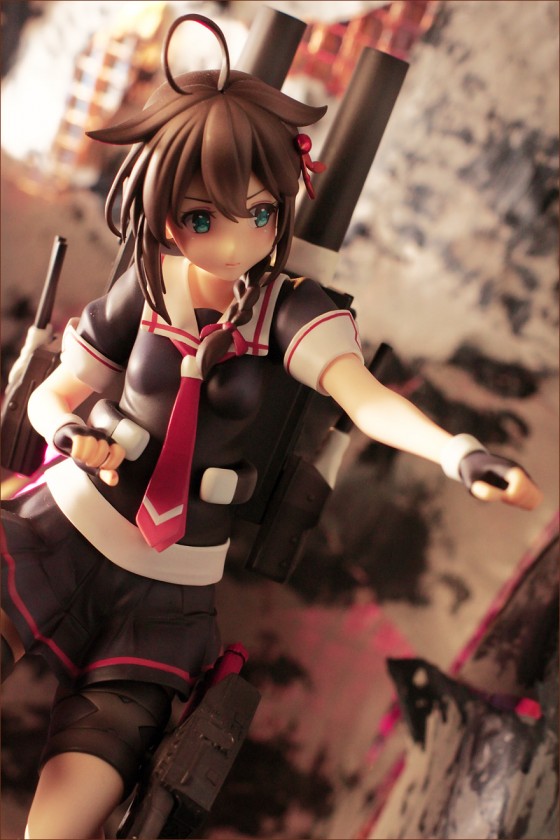