The iDOLM@STER Cinderella Girls is based on a mobile Game, made by BANDAI NAMCO Entertainment. The anime started airing in January 2015, it is a 2 cour anime , in the post which was supposed to be a review, I’ll write about my impressions of both seasons.

When it started airing, I watched two episodes and thought “Well, maybe I’ll rather stop here”. The whole Idol hype around that time appeared rather awkward to me. Miette-chan was more excited about it, I noticed that my lack of idol knowledge started upsetting him XD. Since I also wanted to watch a complete anime anyway I decided to continue with the anime.

The iDOLM@STER Cinderella Girls is labeled as Comedy, Drama and of course Music anime.

The iDOLM@STER Cinderella Girls game features around 190 different Idols, but of couse not everyone could appear in the anime. It centers around ~14 main idols, but there are some short guest appearance, each character gets their fair amount of screentime. 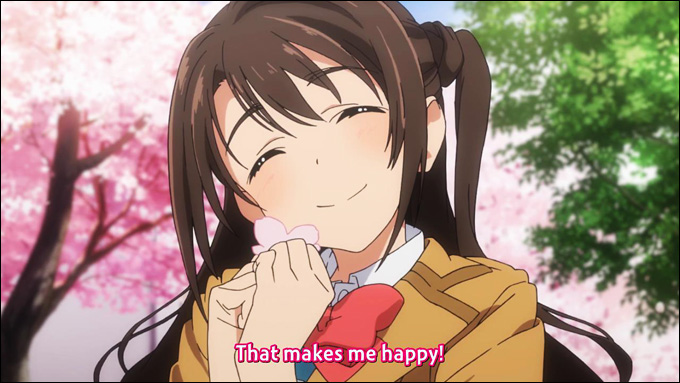 The anime centers around the big talent agency 346 Production and a newly developed project, called the Cinderella Project! “Normal girls” who are actually not considered as idol material are chosen to be aspiring idols. The first episodes are used as intro of the setting and introducing the Idols, each character gets steadily more fleshed out as the show continues. 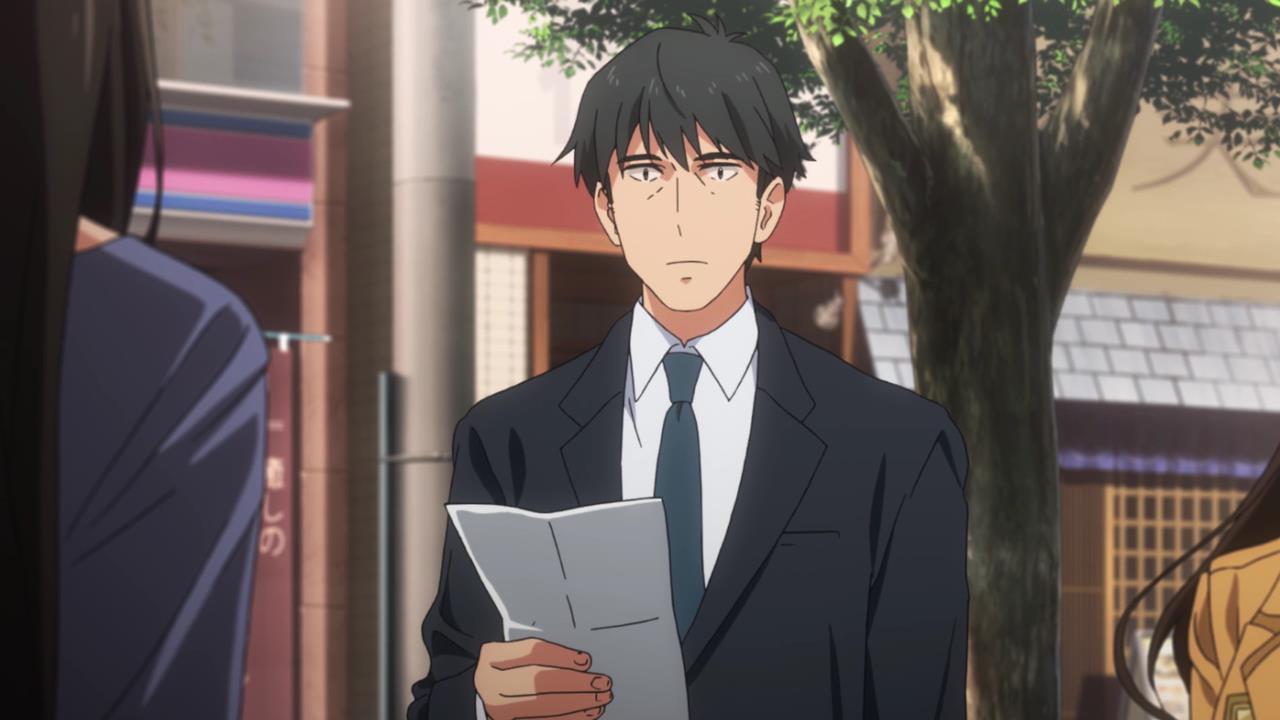 The nameless Producer-san is in charge of scouting, managing the Idols and develop their career. He is a dilligent office man, although rather inexperienced. His outer appearance makes him look kind of suspicious, which turned into a running gag now and then. 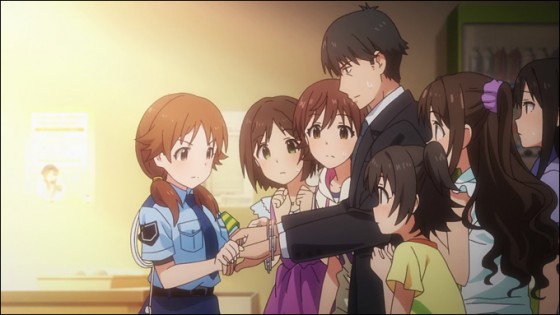 Comedy is an essential element in the beginning, the excited and impatient Idols obviously create quite a ruckus in the office, but it gets less crazy soon. Producer-san tries his best with preparing each Idols debut, the story slowly goes on and tells more about each Idol. As the Idols and Idol groups are going to be official, each gets a nice episode dedicated to them. 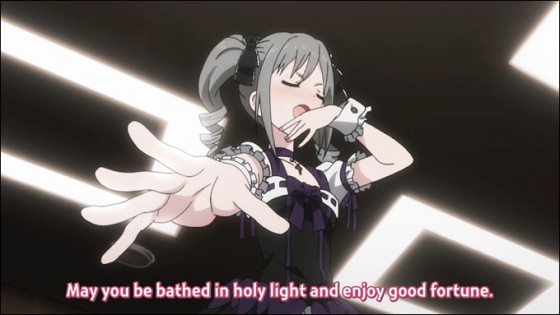 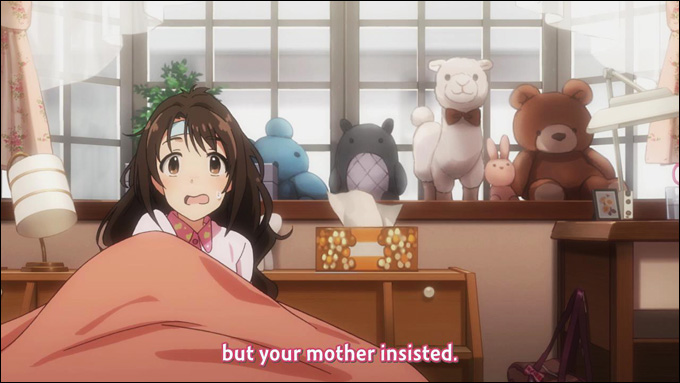 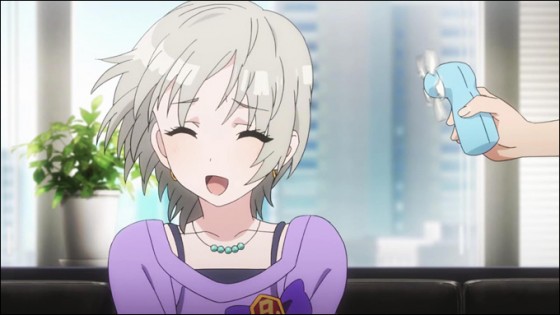 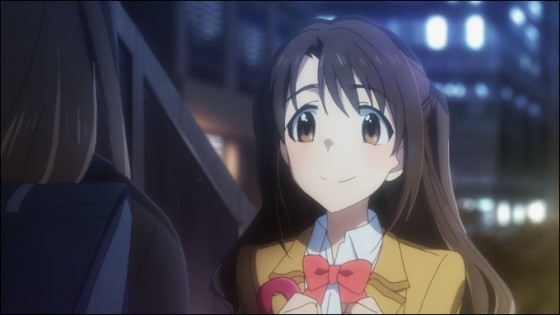 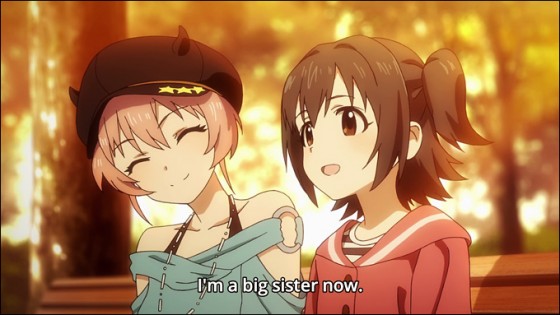 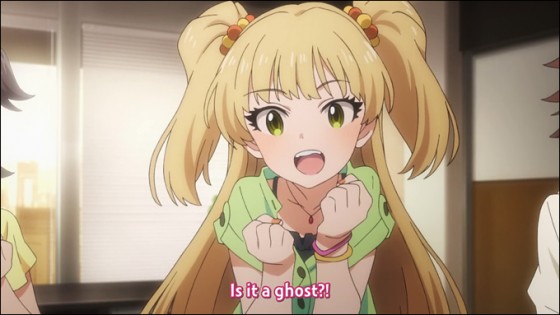 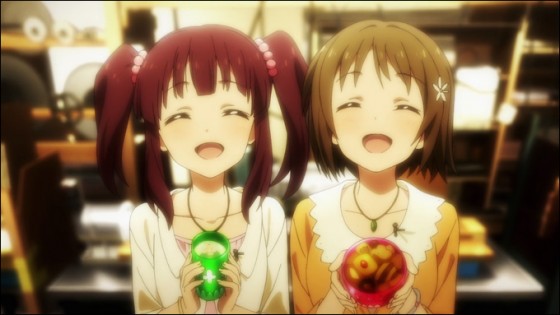 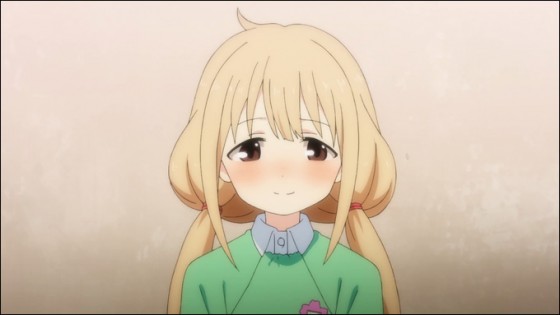 The second season is more about moving on as Idol, parting ways, etc. Also an antagonist is introduced  in shape of the label boss, who strictly uses an authoritarian leadership style, which makes things slightly uncomfortable for everyone. Most episodes center about the weakness or problems of the single Idols and Idol groups some weeks after their debut.  In this aspect it feels more grown up than the other iDOLM@STER anime from 2011. 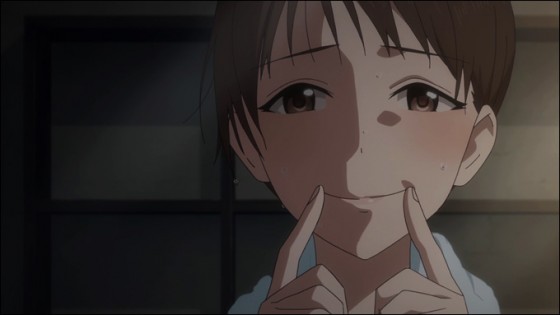 The anime has an overarching plot, focusing on the three aspiring Idol trio Uzuki, Mio and Rin, together they are New Generations. Surprisingly the happier episodes are dedicated to the more eccentric Idol characters and their struggles and adventures in the Idol industry. 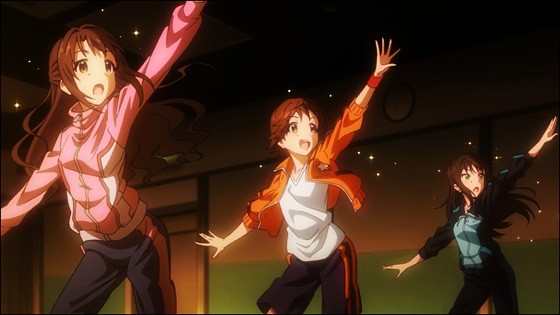 Personally I have a little problem with the Idol industry by default, the Idols only stand there in cute clothes with their created image. The music and text already gets arranged before the Idol does anything or can anything decide by herself. Sure most popular pop songs weren’t written by the performer. Furthermore, I would agree that singing and dancing is already hard work enough for a teenage girl, I can’t demand that they all can write their own songs. 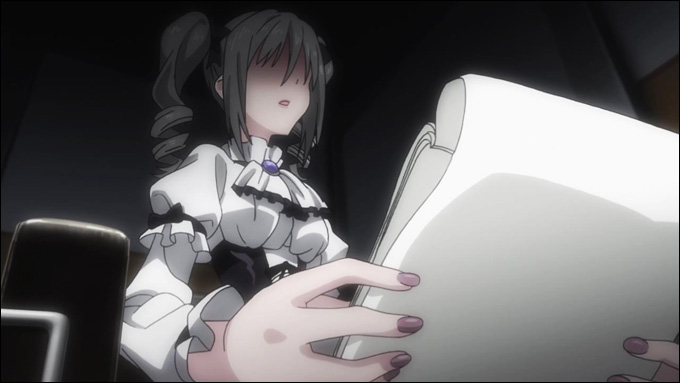 Surprisingly the issue of having only little influence on the music and image is also addressed in one episode, I nodded approvingly. iDOLM@STER Cinderella Girls adresses the problems and circumstances of the Idol business rather openly. Although most idols mainly experience smaller hardships. Uzuki, Mio and Rin experience the really bad things. 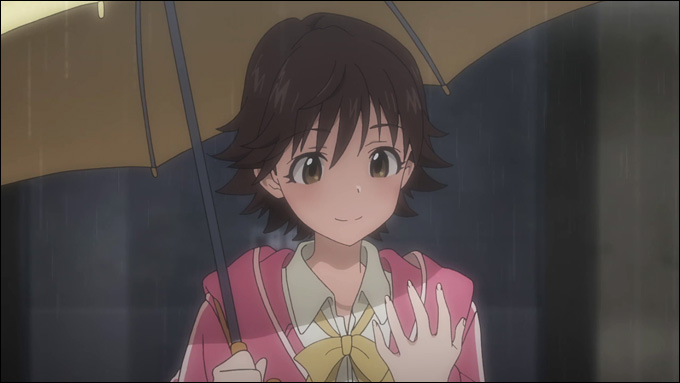 The members of New Generations are high maintenance, it is a problem group. Their story consists of drama, the last heavy drama, made the audience suffer with a mentally stressed girl, reduced to a pile of bitter tears. I was surprised about such an heartwrenching event. 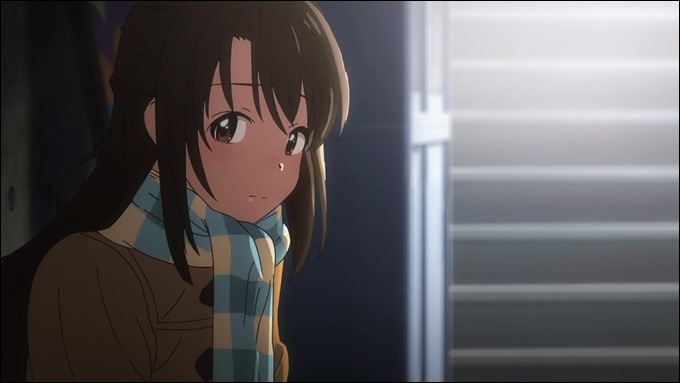 The reduced amount of happy events concerning the members of New Generations makes them look neglected, as they are ought to be main characters. 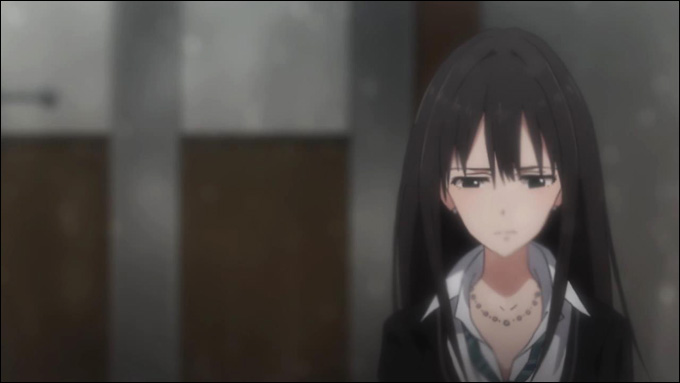 As a whole The iDOLM@STER Cinderella Girls is a very good anime, as it is portraying the adventures of normal girls with lovely personalities, that are chosen to be sparkling idols.

Most idols are naturally enchanting, some are a bit crazy but that doesn’t make them look bad. The nervousness an anxiousness of inexperienced idols is shown very convincing. Another strong point of it is definetely variety, funny, thoughtful, dramatic or touching episodes, everything is there. The authors did a good job with the setting and making every idol, not only fit in the plot, they wrote great subplots for each girl to make them shine.

I had a few prejudices when I started to watch this show, but I quickly enjoyed this wonderfully made  anime. While a few things, like adding such an antagonist were slightly questionable. Also the main characters except Uzuki couldn’t really convince me, Rin is beautiful, but emotional she is a bit awkward and Mio… she really made things a mess, not only once. Fortunately the other idols make up for the little shortcomings of the anime.

On another point Cinderella Girls is real eye candy, it looks very appealing with it’s mainly great animation works. Music also sounds very good, quite some effort was put into it. 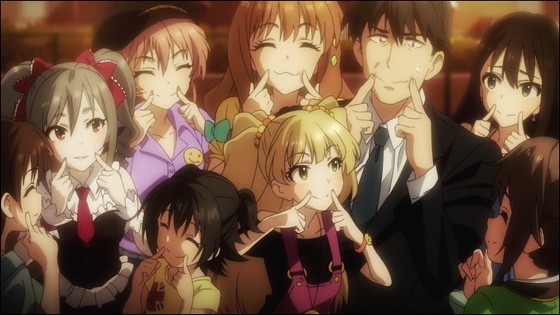 The appeal of animes with so many idols is, that there are guaranteed a few characters the viewer might like or can relate to. While watching the show and the especially nicely directed subplots I liked nearly every Idol in this anime and I also developed supporting feelings. 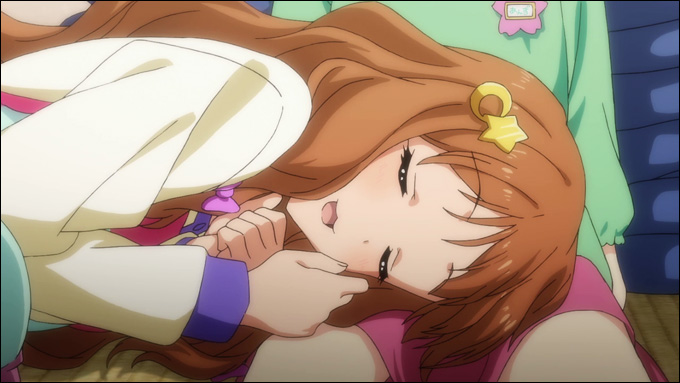 Kirari Moroboshi was quite a surprise for me, I instantly fell in love. Kirari is extremely kind and brimming with positive energy. Kirari loves all cute things and all cute girls. I liked her great sense of fashion. She is a somehow crazy and upbeat girl, also the tallest idol. She always pitches her voice at the end of the sentence *kyahhh!*. Her size and personality and the fact that she always has a helping hand for others, make her a happy hippie older sister type. 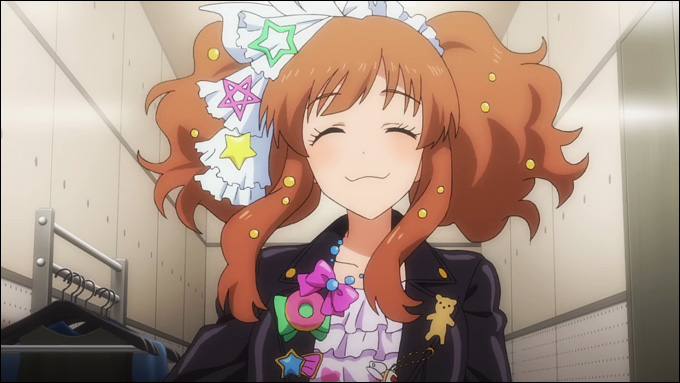 Anastasia is the daughter of a japanese mother and russian father. She often uses russian words in her speech . Her soft, slow paced way of speaking gives me impression that she’s a thoughtful person. When dealing with other people she is very gentle and extraordinary sensitive torwards others feelings. And just look at the gorgeous eyelashes (｡’▽’｡)♡! 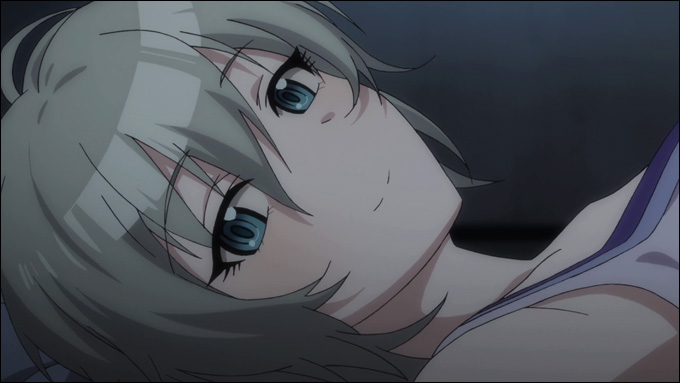 As group I really liked Miku Maekawa and Riina Tada. At first Miku is an annoying girl, but she grow on me, she’s actually enchanting. When put together Miku and Riina appear like an impossible combination with their totally polar interests, over time they really grow together as group and also as close friends. 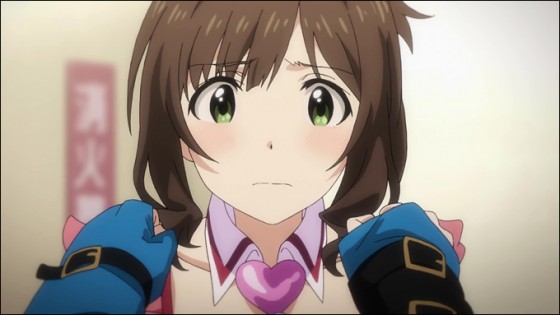 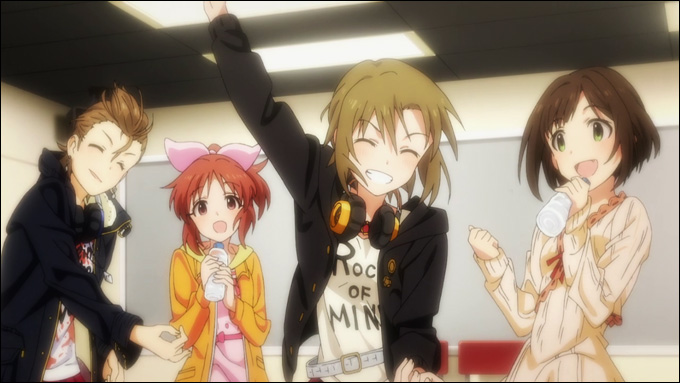 And you… have you already watched The iDOLM@STER Cinderella Girls? 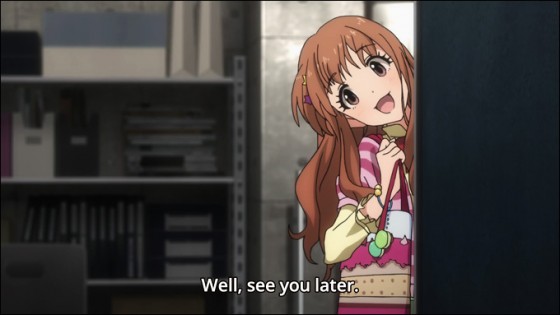