Today we will take a look at the Gotou Matabei – Kenki version figure from ALTER, which was released in January 2016. She is scaled 1/8 and Takahashi Tsuyoshi was the sculptor in charge, he already made a figure of Gotou Matabei in 2011, which was a Hobby Japan exclusive. 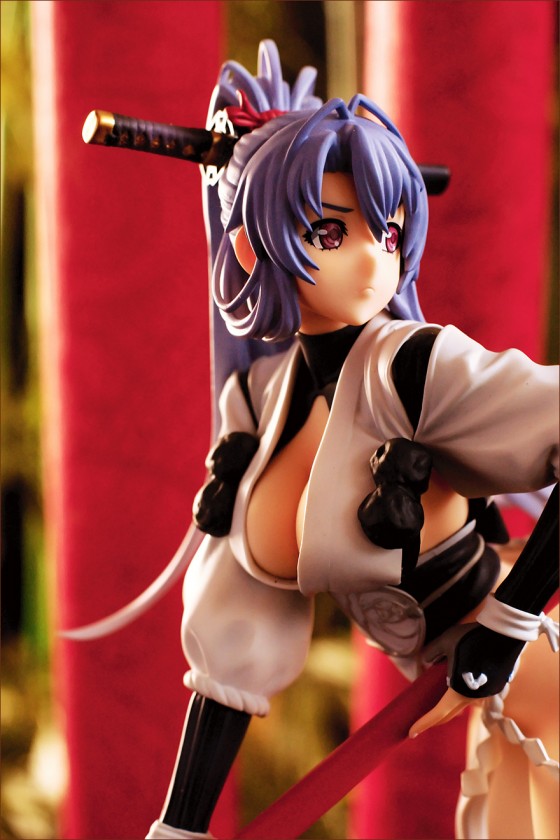 Hyakka Ryouran was a rather hot and popular thing among figure interested people, even before the anime started to air it’s first episodes.  ALTER and the sculptors created some really spectacular figures, of visually attractive and fashionable dressed samurai girls. 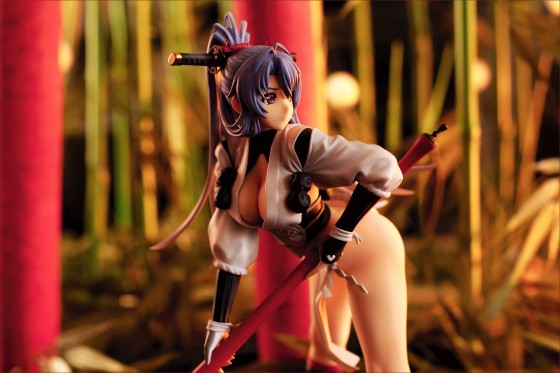 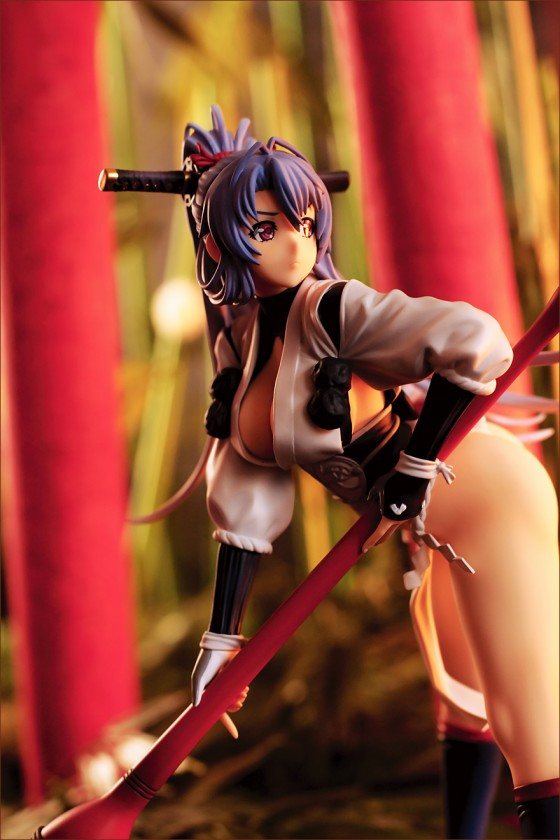 On a sidenote, with Hattori Hanzo, my first Hyakka Ryouran figure I started to review figures.

The animes of Hyakka Ryouran were no masterpieces, but the interesting artstyle and the extremely likeable cast and their amusing interactions made it very entertaining for me.

In 2013 another lineup of figures from Hyakka Ryouran Samurai Bride appeared, although the latest figure adaptions recently subjectively got less attention, but that also might to do with the number of active figure reviewers these days, yes I’m looking at exactly you XD. 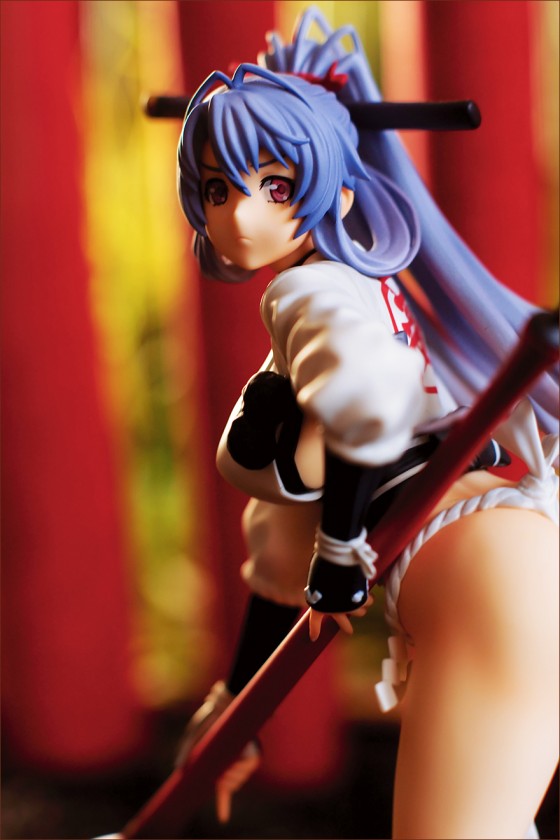 Gotou Matabei was a well thought out purchase, in fact it took so long, that I was lucky that the figure was still available after the release date, apparently she’s still in stock here. 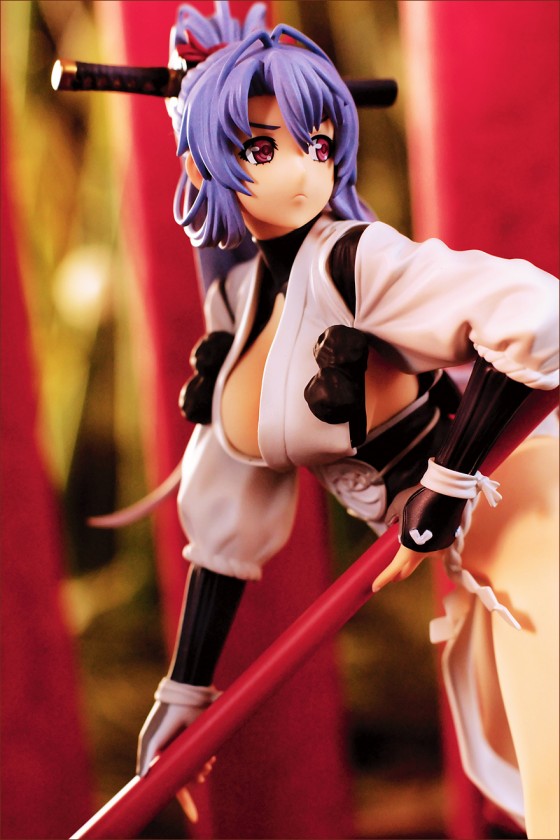 Despite her size Gotou Matabei was a very silent character in the anime, but always loyal and supporting as guardian of Sanada Yukimura and member of the group. 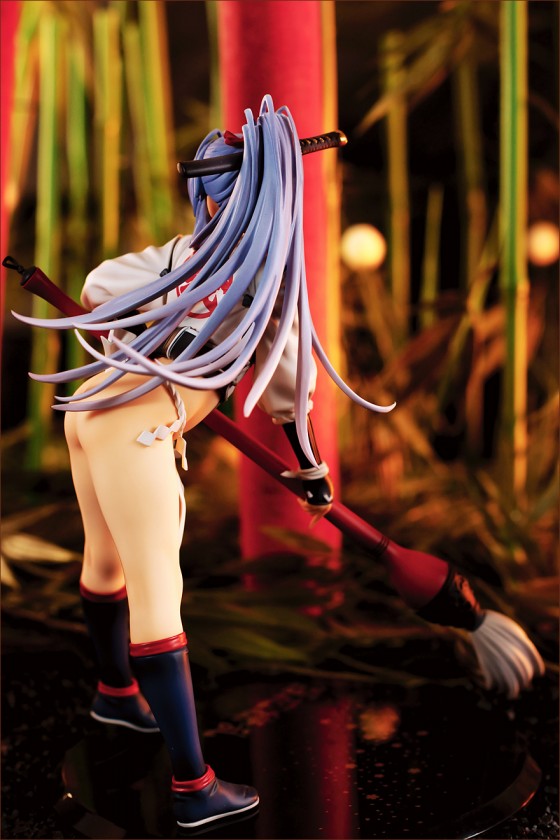 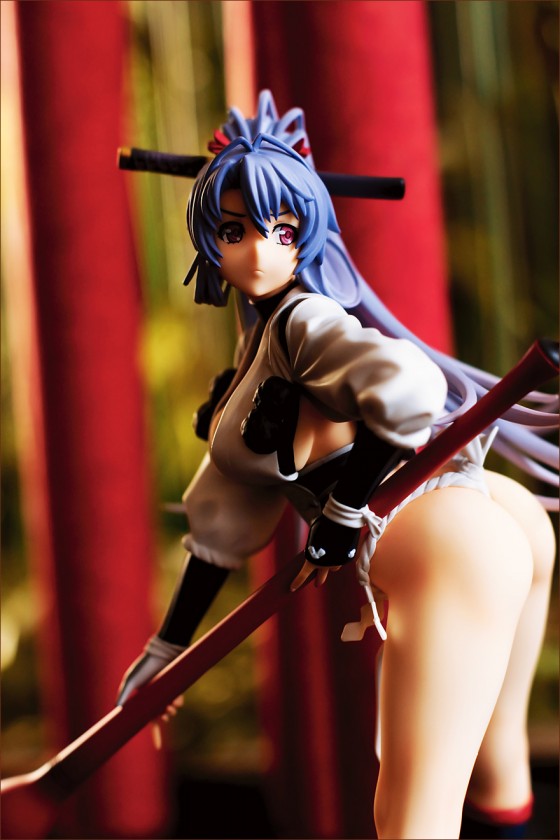 Matabei has a pretty ponytail, the hairstyle is nicely done, it’s very detailed and shows a good sense of motion. Her anime hair color is silver blue, but someone decided to make it purple since her first figure adaption. Since I knew that in advance I won’t argue about it. In her ponytail ribbon a Tantō (short sword) is added, it’s a pretty decoration for her head. 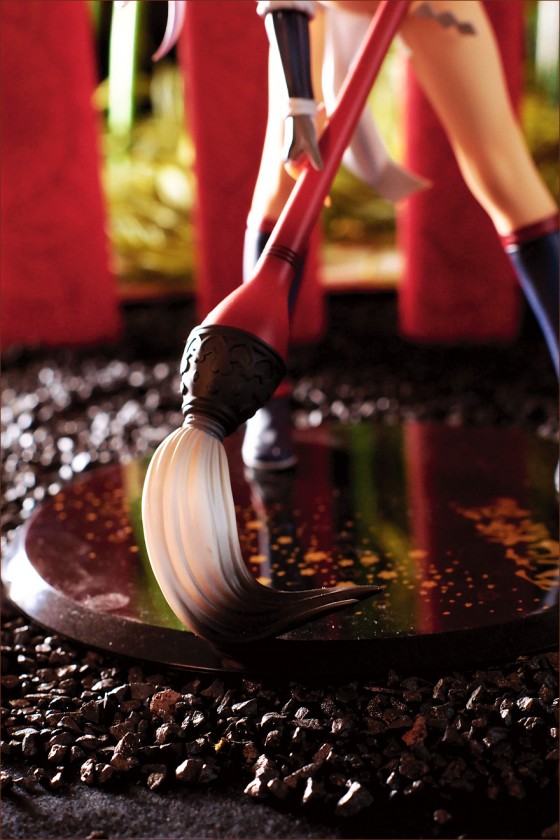 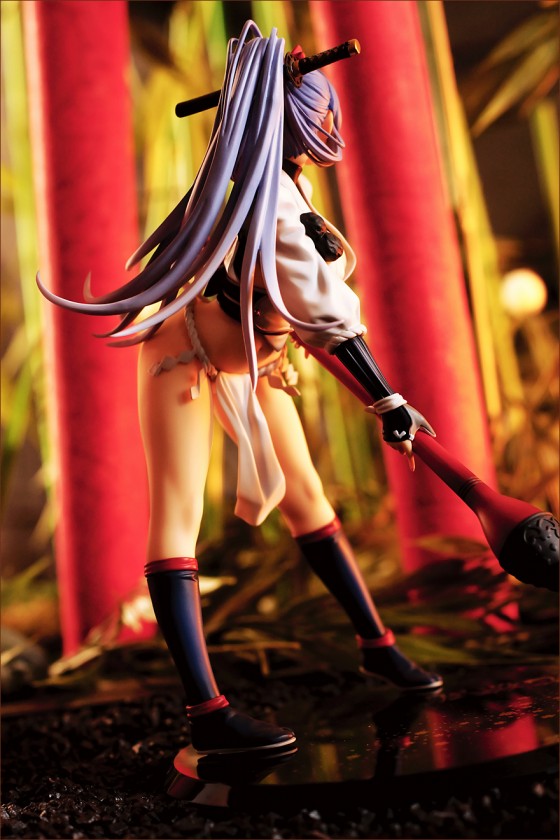 The figure has nice facial features with a cute nose and expressive eyes, depending on the viewing angle, the figure conveys a feeling between embarrassment and poutful, the eye brows give her a cute touch. I didn’t really expect that she would be so much on the cute side. 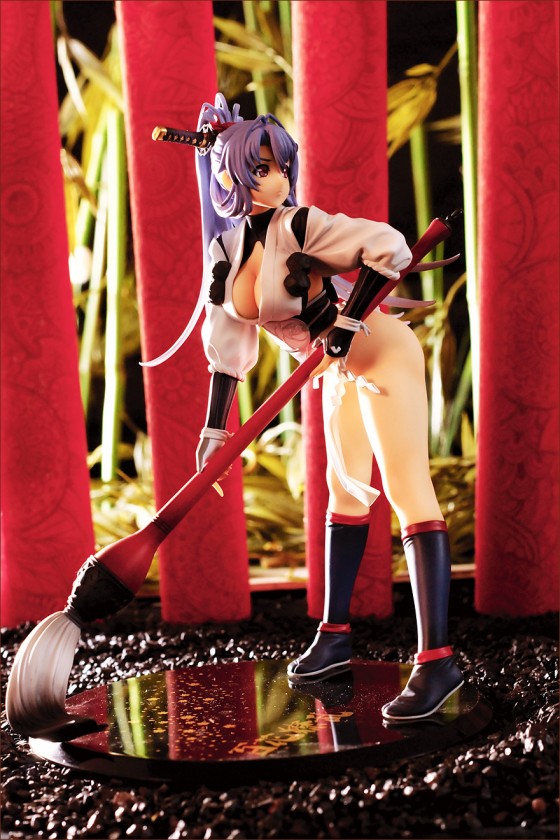 What I really liked about this figure was the way Gotou Matabei posed, with the giant calligraphy brush , which is actually a weapon with a retractable spear head. I like the way she is holding her brush. Sticking out her beautiful plump  butt, gives her a slightly provocative and sexy touch. The ample curves around her hips are accentuated by strong shading. 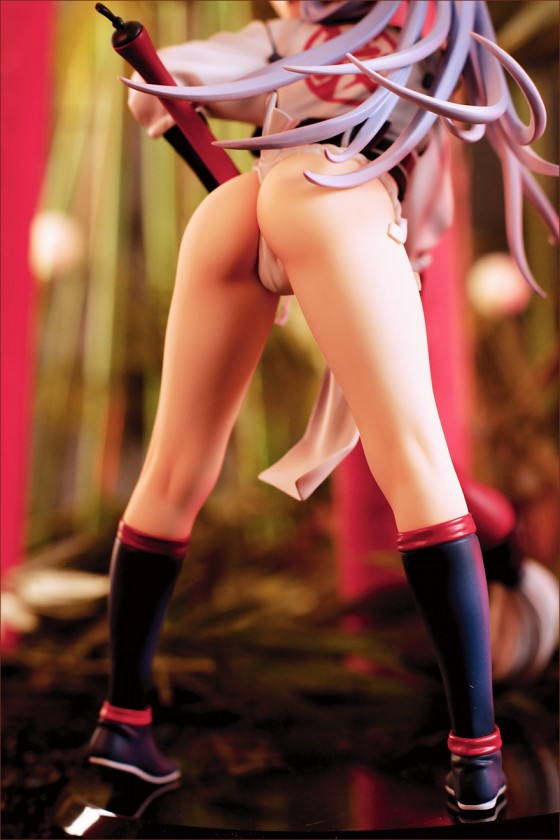 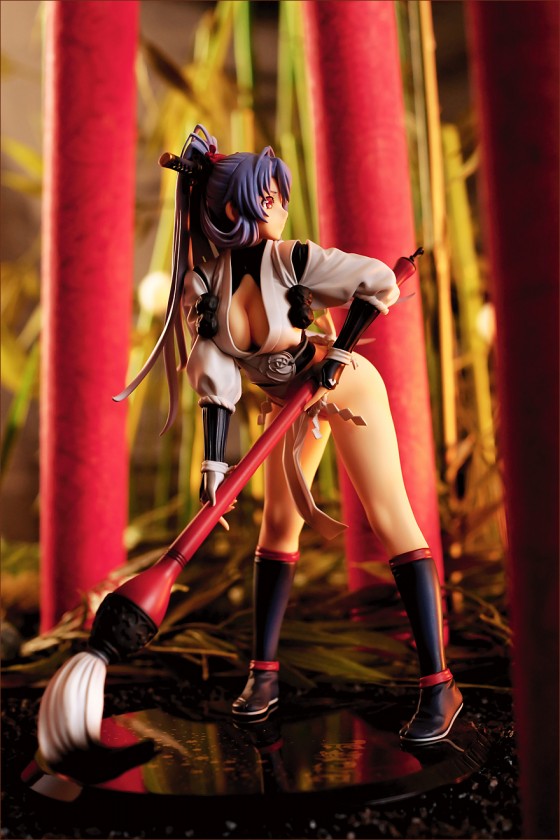 My preferences of womans measurements is widely spread, nevertheless with my growing age I noticed that the interest in buxom women increased a little. Gotou Matabei is a big girl with a mature and  motherly appearance. I like that she has wide hips and bigger thighs. 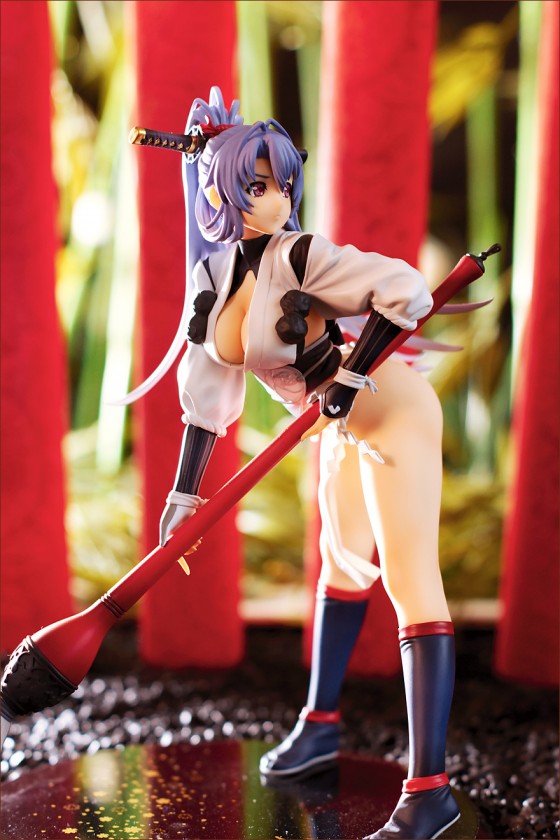 In general the Hyakka Ryouran girls wear a combination of samurai era clothes and elements of modern japanese fashion, Matabei has a exceptional traditionally styled outfit. 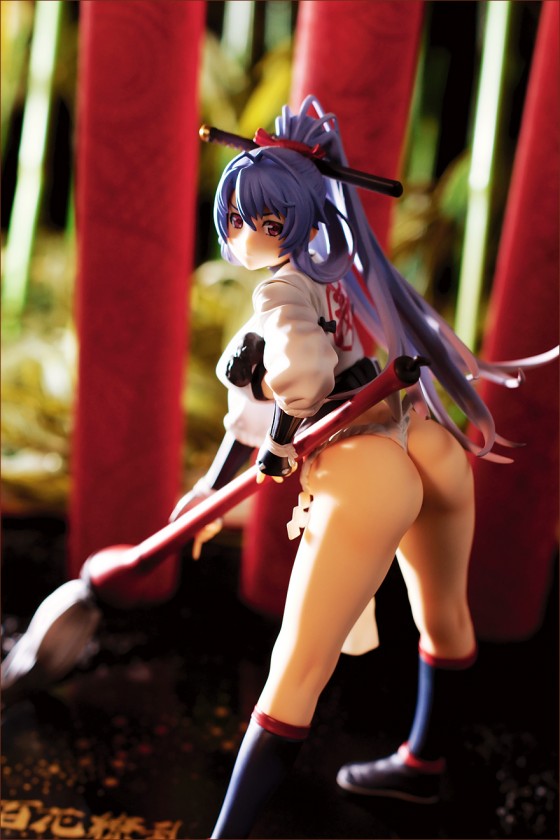 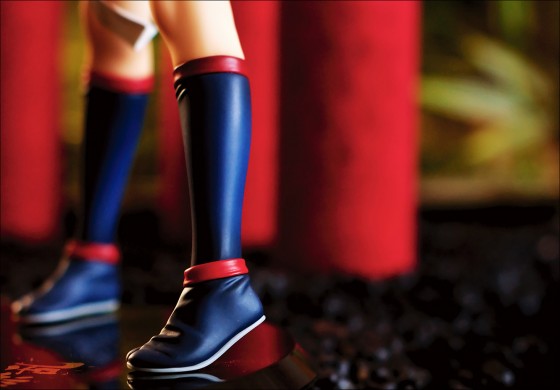 The figure portrays Matabei in her transformed Kenki version outfit, she wears a traditional looking, short white jacket, held together by a black belt. Under her jacket she seems to wear a black bodysuit. She shows some cleavage with her nicely shaped and moderate big boobs. 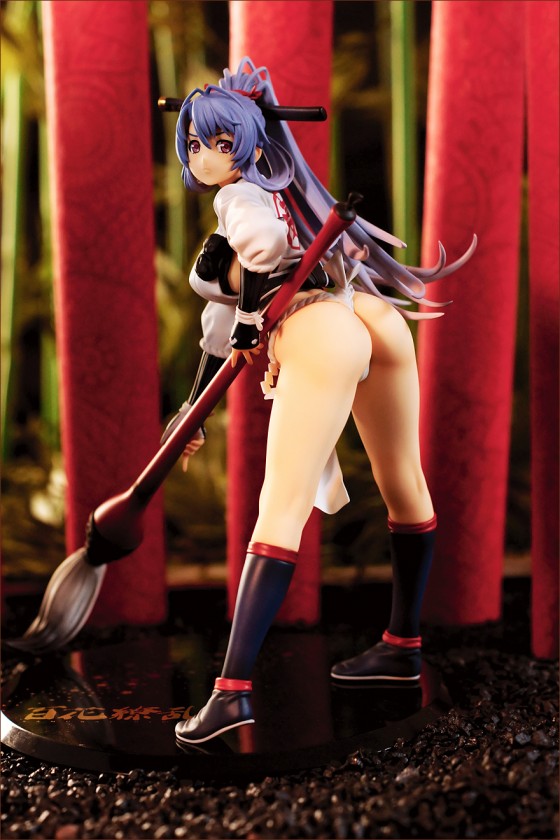 The forearms are covered by black armguards. The lower parts of her mainly bare legs are covered by knee socks like shoes, I would prefer thigh high, though. Around her hips she is wearing a classic fundoshy not very elegant for a lady, but her marvelous round butt can be admired better this way. 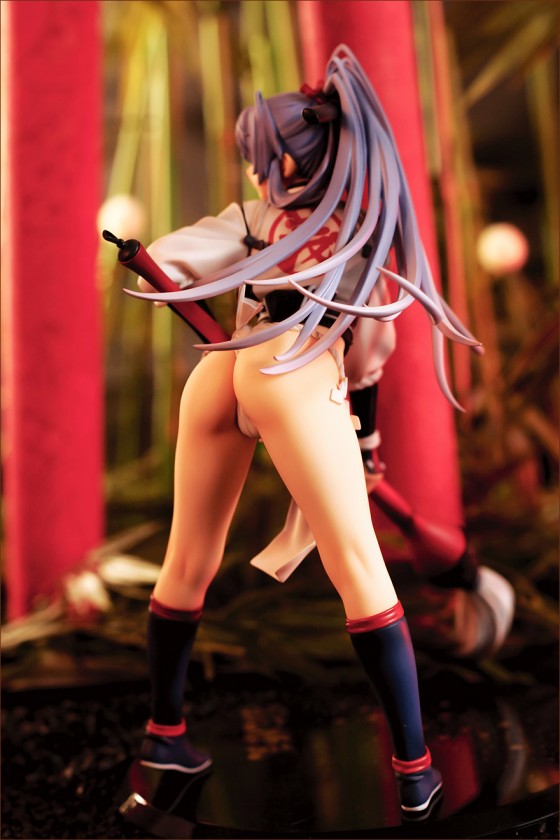 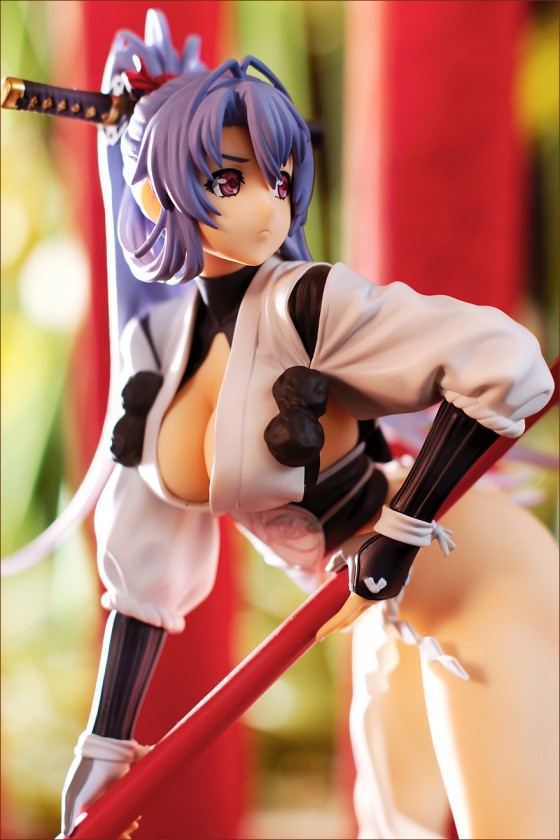 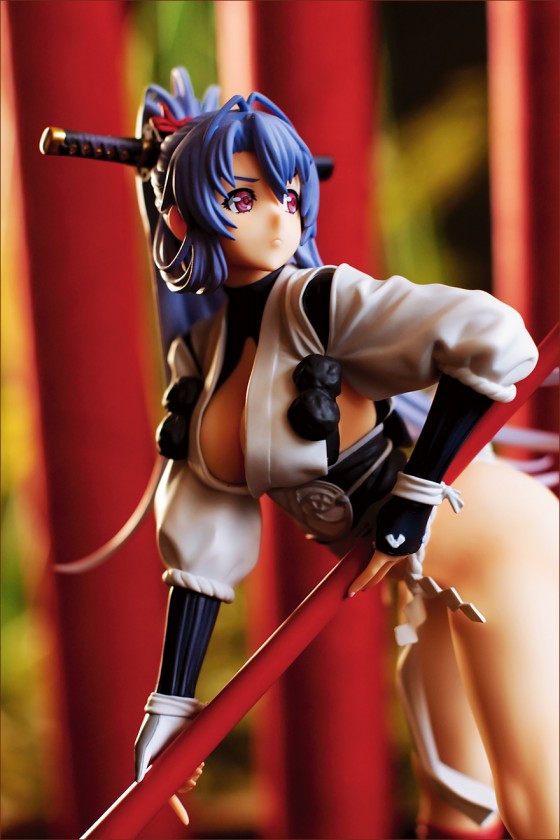 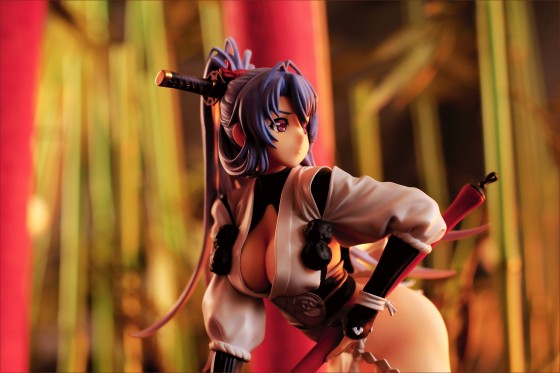 I really like the figure, she has a cute face, pretty hair and with her outfit, brush weapon and buxom body she is very pretty and interesting. I also like her articulation with a pose that is putting more focus on the figures backside, which is rarely seen. she is visually attractive and shows some sexy highlights. Also her size is nice for a 1/8 scaled figure with her sturdy physical appearance she is closer to 1/7 scale. Gotou Matabei Kenki version is a nice figure, like all Hyakka Ryouran figures, it’s nice that the quality is a reliable factor from ALTER, I don’t mind certain imperfections, but this figure looks marvelous from nearly every perspective. 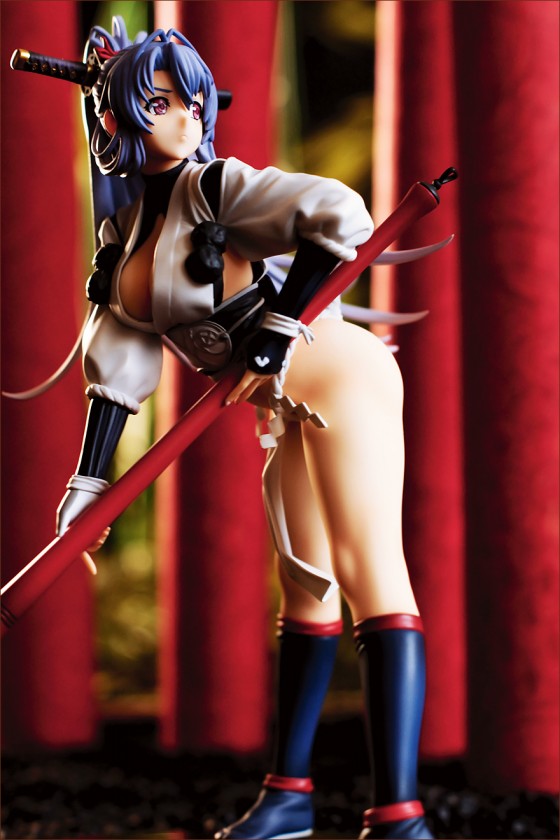 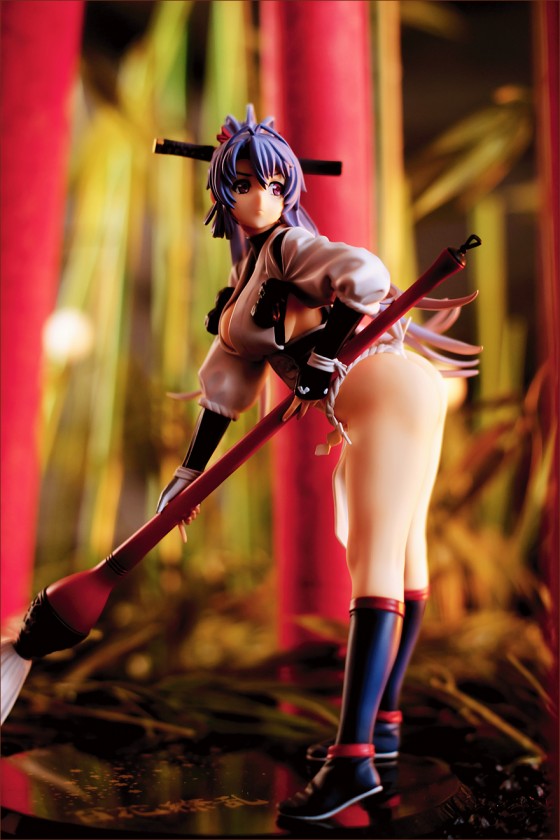 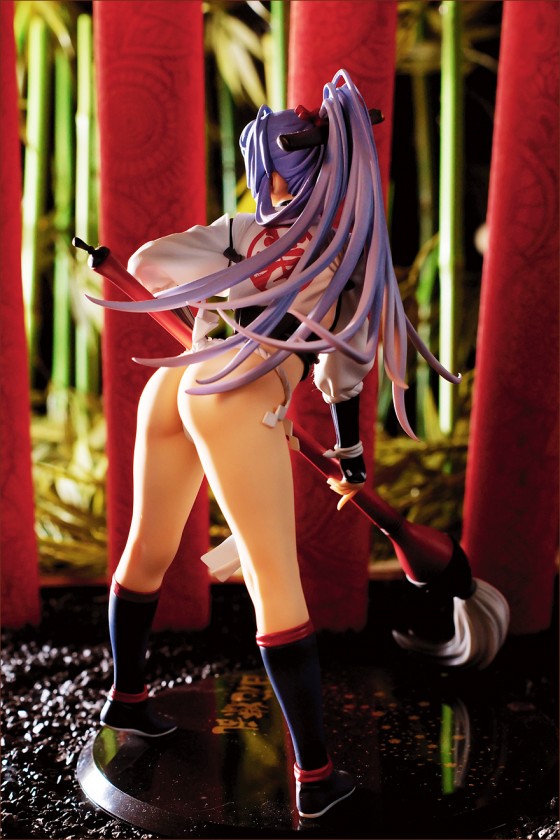 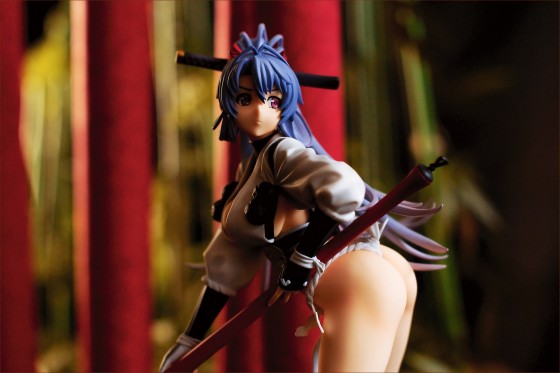 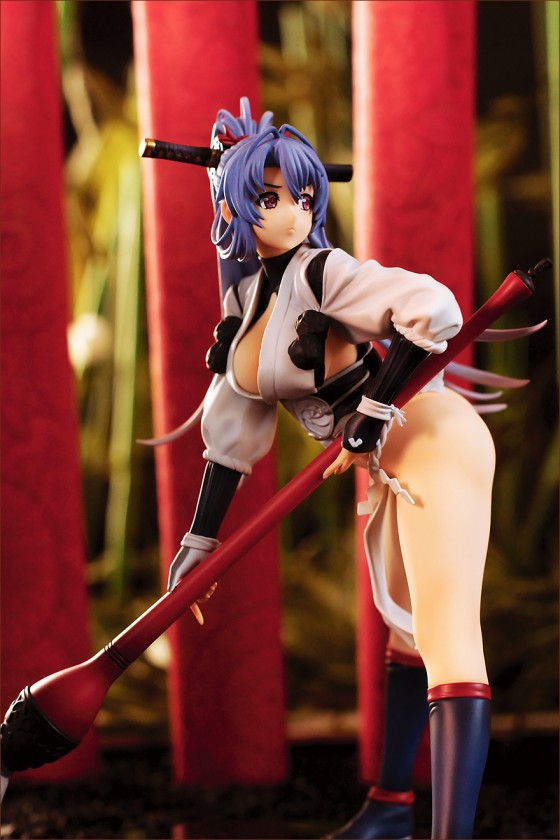