Usami Haru is a 1/8 scaled figure manufactured by Kotobukiya and released in November 2009. She was an exclusive figure and only sold at Toranoana online & retails shop. As so often some other figure shops also got their hands on a few of thes exclusive items, so people who live outside Japan could also order her. I was a bit late, so the last chance left for me was ebay. 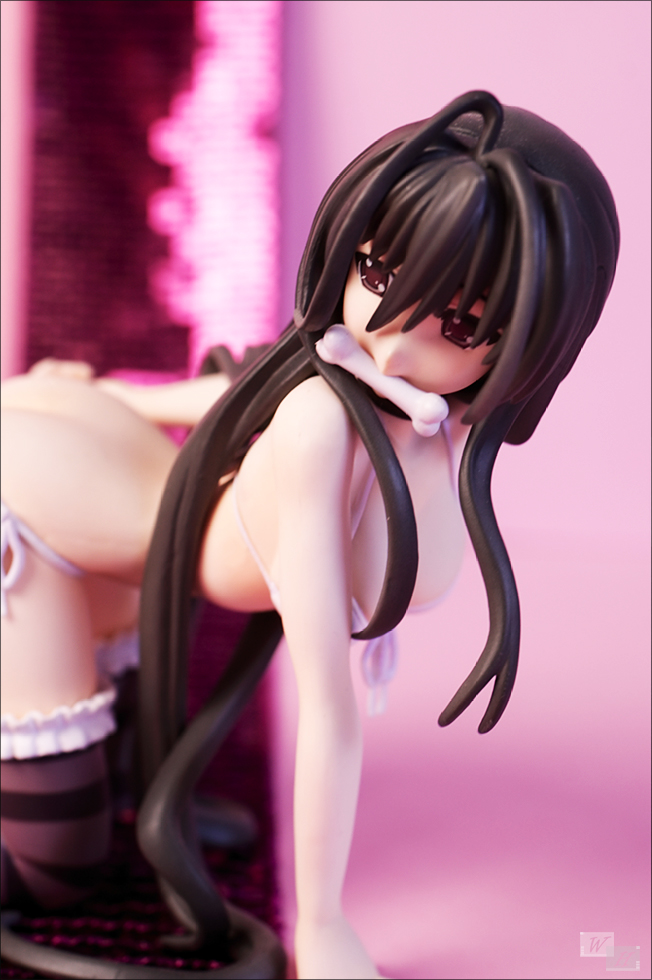 Dog related figures are pretty rare on the figure market, bunny dress and cat  related figures
are more common in the Otaku universe. I don’t know anymore why I wanted this figure that badly,maybe I wanted the challenge of getting this exclusive item, in the end I paid too much money for this figure *damn*but let’s put that aside for now and start with the review.

Usami Haru is from the Visual Novel Game Devil on G String   “G Senjō no Maō“ No, the title has nothing to do with underwear, it’s related to the female lead character who plays the violin.
I havn’t played the game so I unfortunately can’t provide informations about her character. The flow of the long hair is smooth and nicely sculpted, but it looks quite chunky at the strands. It is colored in a dark brown tone and has no shading. Usami Haru’s eye region is well done even though it’s a bit hidden by the thick hair strands. Usami’s eyes are very detailed and painted in a dark purple color. She has a spiky nose and her cheeks are showing some faintblush marks. 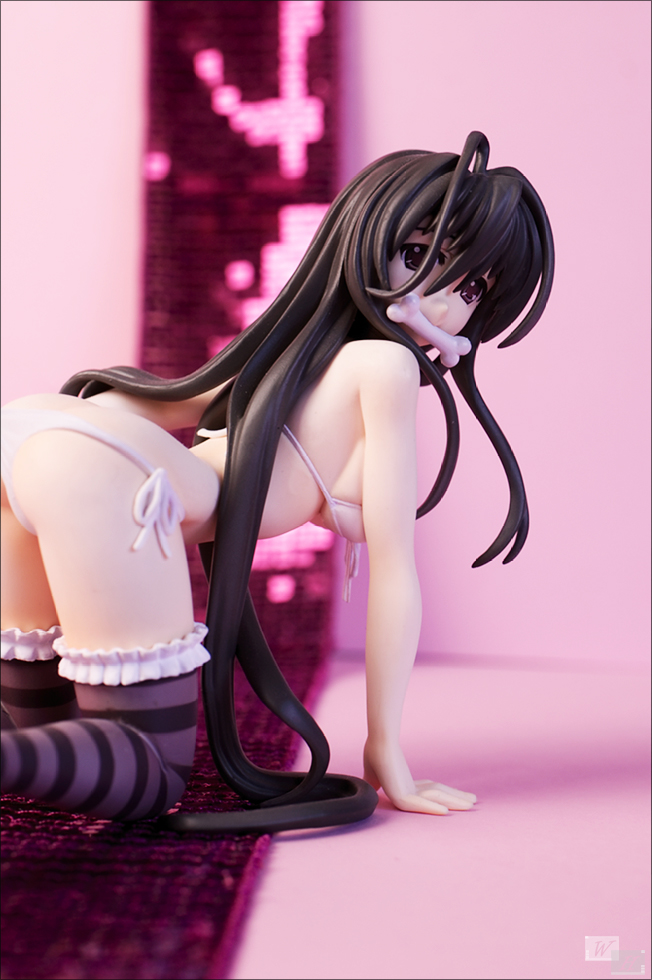 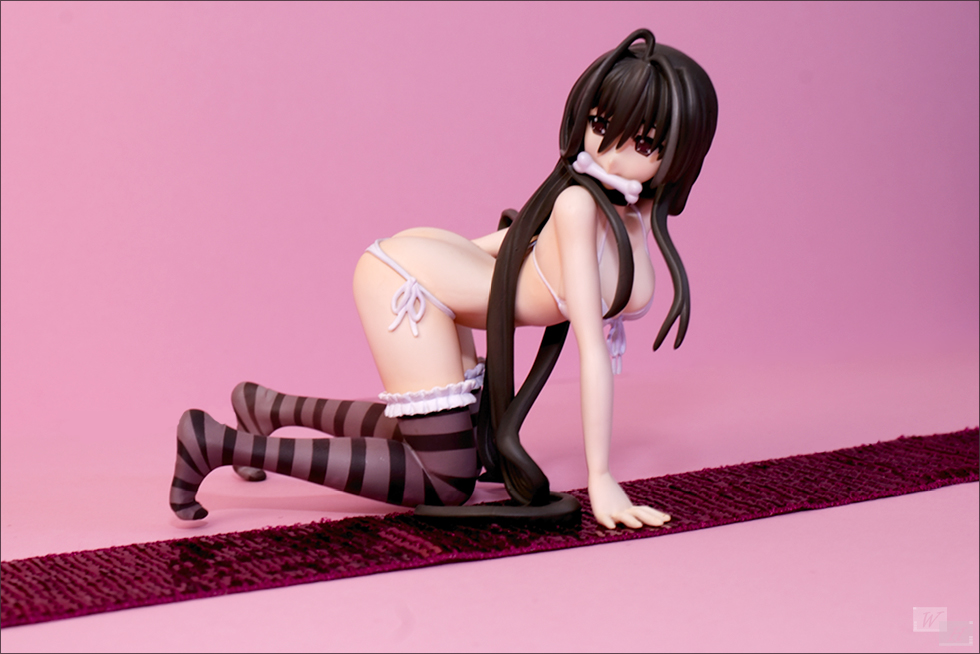 The pose looks very well done, it’s nice how Usami takes a cautious look over her shoulder.
One hand pulls the bikini slip to the side so her butt is exposed halways. The articulation of her arms and legs looks natural. Her butt is sculpted pretty nice and Usami’s waisteline is also very attractive. The well endowed bust size fits very well to her overall proportions. The skintone of Usamis body and face have a pale color and a smooth looking texture. The shading of Usami’s body is done in an restrained way, also around her thigh highs and bikini clothes. 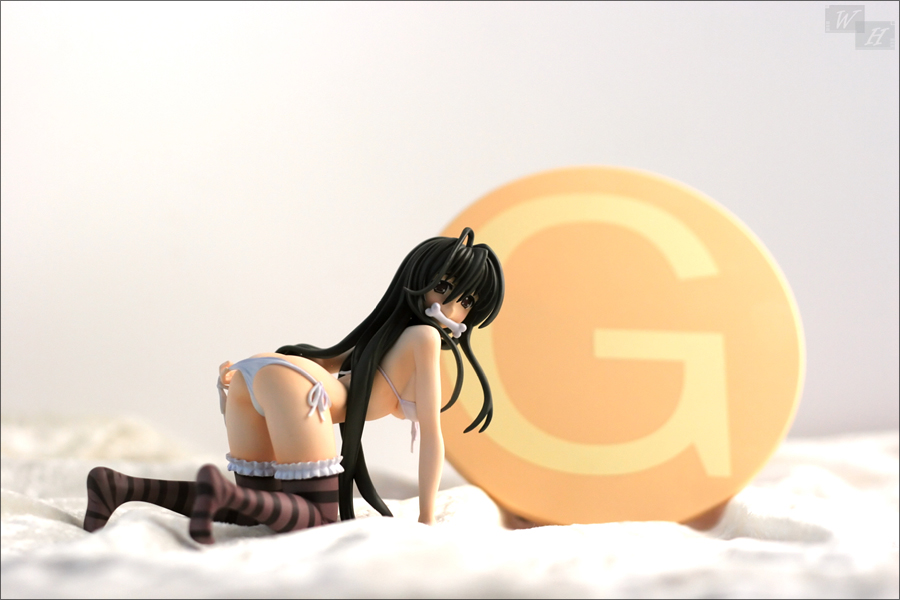 To some people her outfit would appear like crazy fetish cosplay, but I somehow like it.
Lately I get a liking to Neko related figures but the dog costume is also ok for me. 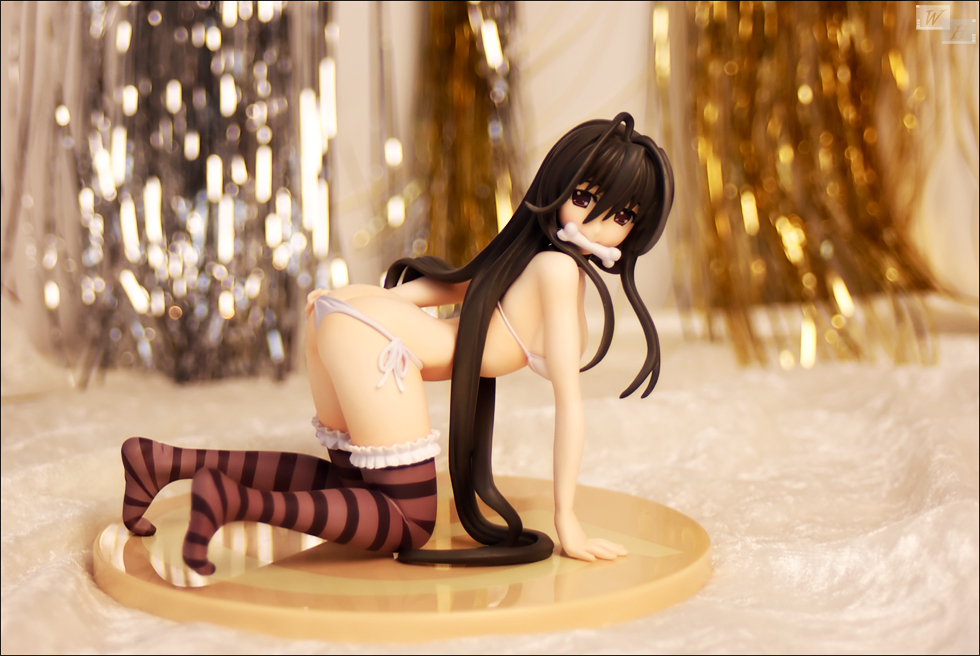 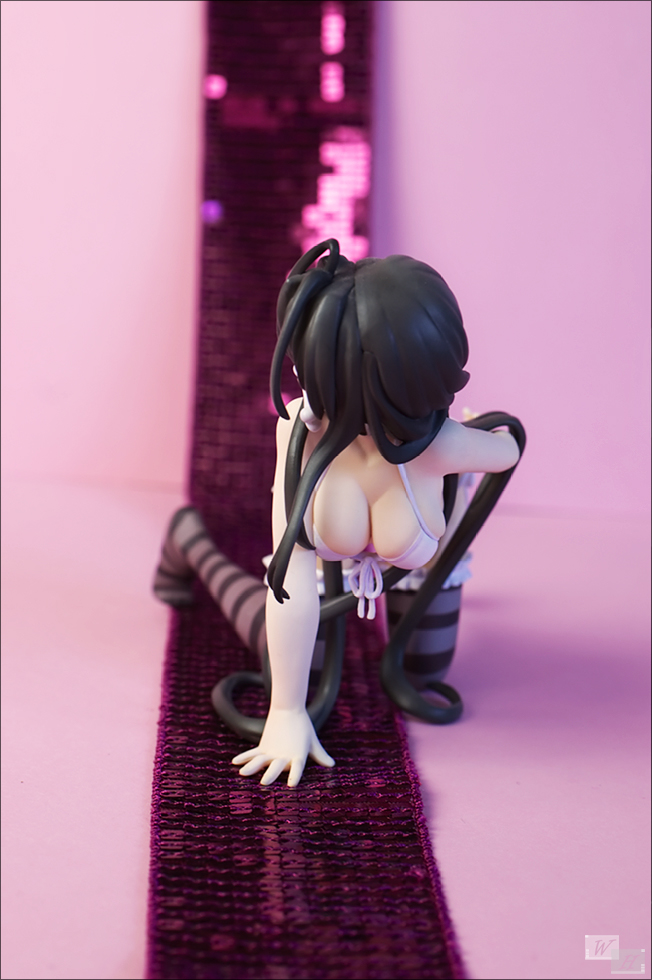 Usami wears a choker,which is a very hidden detail that I have just discovered. Obviously Usami doesn’t wear much more, everything she has is a nice and simple white bikini. Her slip shows some authentic looking wrinkles, the ribbons at her bikini slip and at her bikini top also add a nice detail to the bikini. Another nice part of the outfit are the striped thigh highs with frills.

The dog ears and the tail are magnetic, so you can put them on and off, I think they also should have made this bone in her mouth magnetic, because after some time it looks a bit retarted. 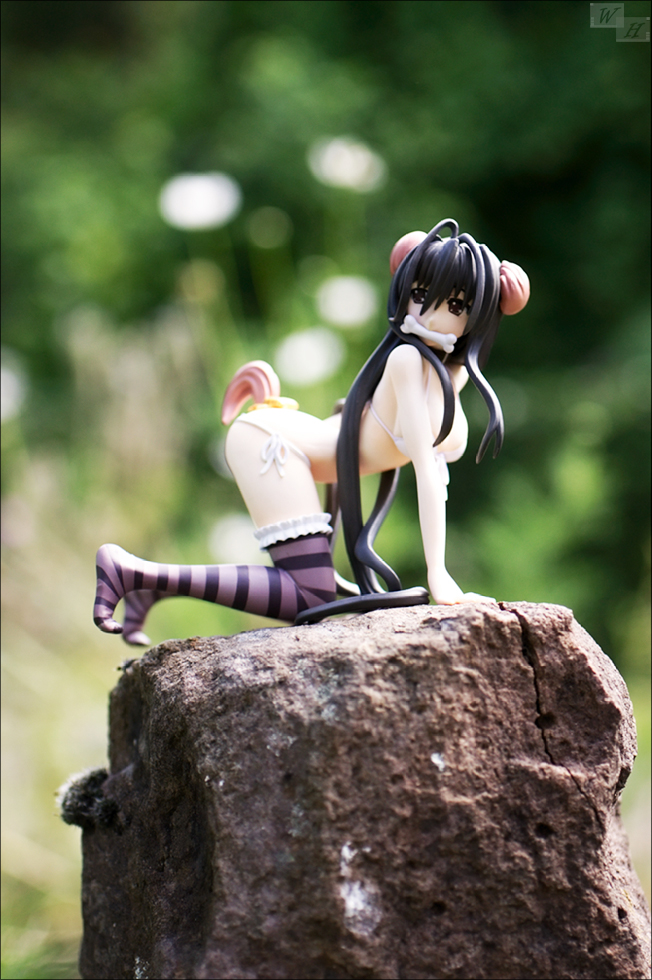 Now to the bad points, it’s the first time a figure of mine had a few more critique points.

At the right side of her hips is a visible seam line due to the production progress, another more or less visible seam line is at the backside of her leg and her right arm. I think the Figure had needed more accurate grinding in the finishing process. Another production error can found at the right side of her upper body, it is a rather big hole. Thanks to her pale skin color this flaw isn’t that noticeable but it’s annoying nevertheless. 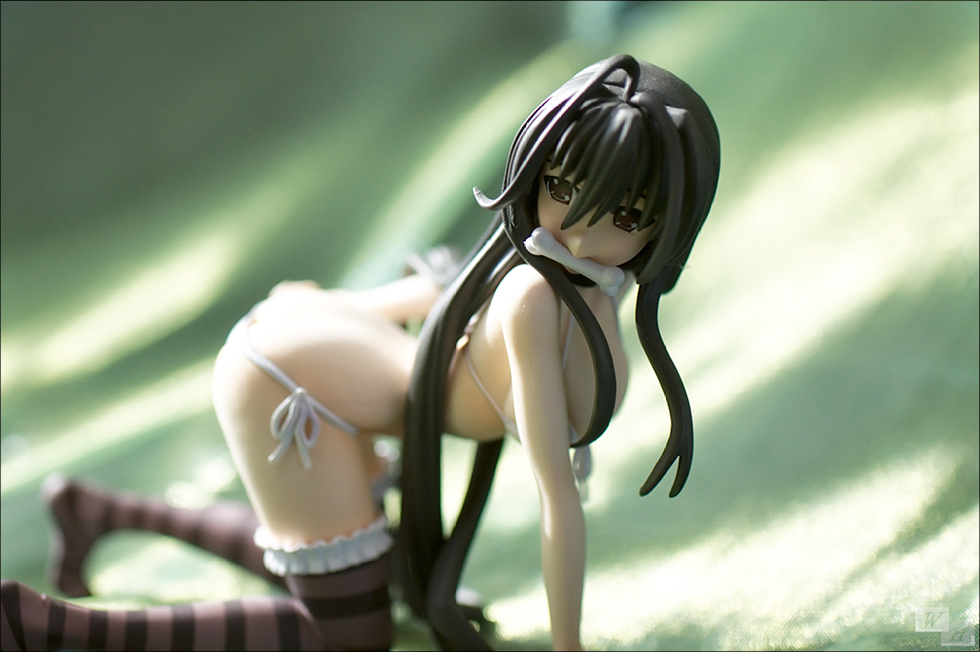 Before writing this review I considered to sell this figure, but now Im not so sure about that anymore, it’s a pity that the production quality shows some flaws like the small hole at the side of her upper body. Aside from that Usami is nicely sculpted figure with attractive proportions and creative design. Usami Haru looks good on my desk In my opinion Usami looks best with dog ears on. Usami Haru is a nice figure but I wouldn’t buy her again for the same price.

see you and thx for your attention ^__^